I’ve always been fascinated by bugs, glitches, unused content, and even those totally absurd video game rumors that were born in school playgrounds and lunch rooms. Rumors in particular were quite exciting prior to the age of the Internet, seeing as it was way easier to get away with – and speculate on – absolutely ludicrous stuff when you’re only exchanging said rumors between your buddies.

Having the Internet at your fingertips does have its advantages, though. Many will remember those fan sites from in the late ’90s that were dedicated to bringing Aerith back to life, or “tips” on how to get General Leo as a permanent member of your party in Final Fantasy VI. Most, if not all of these “secrets” were complete bullcrap, but they still made for fun conversation.

The speculative list goes on, but what I want to discuss today is something a little more concrete. Today’s discussion has been fueled by the works over at the Cutting Room Floor – a website dedicated to archiving unused and cut content from our favorite games. This site is as cool as it sounds, and you should absolutely check it out if you were unaware of its existence. 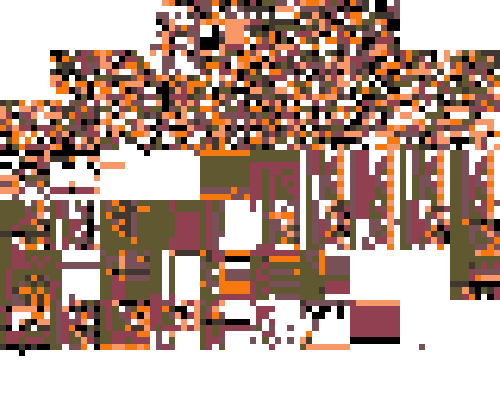 While browsing through the cut content from Final Fantasy IV, I came upon an entry surrounding a glitched, buggy mess of a monster that clearly was never fully-developed, nor intended to be seen by the public. That enemy is Monster214, also known as “Dummy” in some versions of Final Fantasy IV. Although footage exists of the enemy in action – like the video provided above – I don’t believe there is a way to come across Monster214 within the scope a normal playthrough, unlike what is true with its distant relative, MissingNo. 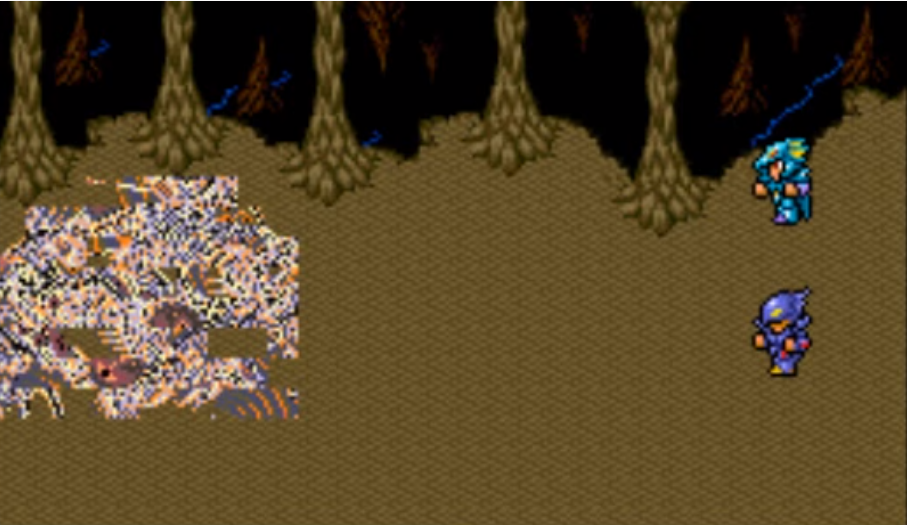 One of many MissingNo forms.

MissingNo is arguably one of the most popular glitches in the RPG scene, one which can easily be replicated in the Generation I Pokemon games. This glitch is obviously way more exciting than Monster214 considering MissingNo can actually join your party, though that comes with its own setbacks. Regardless, it is cool to see somewhat of a precursor to the legendary MissingNo in one of my favorite games of all time – Final Fantasy IV.

Many more glitched beings exist in other RPGs no doubt, with some perhaps dating even further back than that of Monster214. For a few more tidbits on Monster214, check out its entry over on The Cutting Room Floor.

What are some of your favorite glitches or rumors in RPGs?

Absolutely. There are lots – check out the Cutting Room Floor’s website!

Really interesting read, never heard of this glitched monster, totally remember abusing MissingN0 for rare candies though. The Cutting Room Floor is a great find, that’s gonna get binged through.

It was news to me also! Lots of great stuff on that site – it will keep you busy for quite a while.

Not a lot of content to this article. It’s a fine shout-out to a truly awesome archive site, though. What I’m saying is that I appreciate the thought behind this, but offer the constructive criticism that you could make an effort to give a more evocative demonstration/exemplification in your next article of this flavor. That being said, I understand and appreciate the appeal of a concise note, too, as it is your goal to send people over to the site with the goods, not talk our ears off repeating others’ work. Overall, well done.

I have played this game many times over the years and I had no idea that these types of glitches were actually a thing. I suppose just playing the original game in its native form wouldn’t have helped as mentioned above, but still, it is uncanny to see such a mangled mess of pixels in a game that I know and love.

Right?! It blew my mind when I found it. I still don’t know whether it’s something that can be spawned naturally – I doubt it – but still cool nonetheless.

The problem at oldschool game. And old consoles. Since you cannot update games on gameboy and other handheld console. Its so hrad to remove and avoid glitches like that. I think its only cartridge error