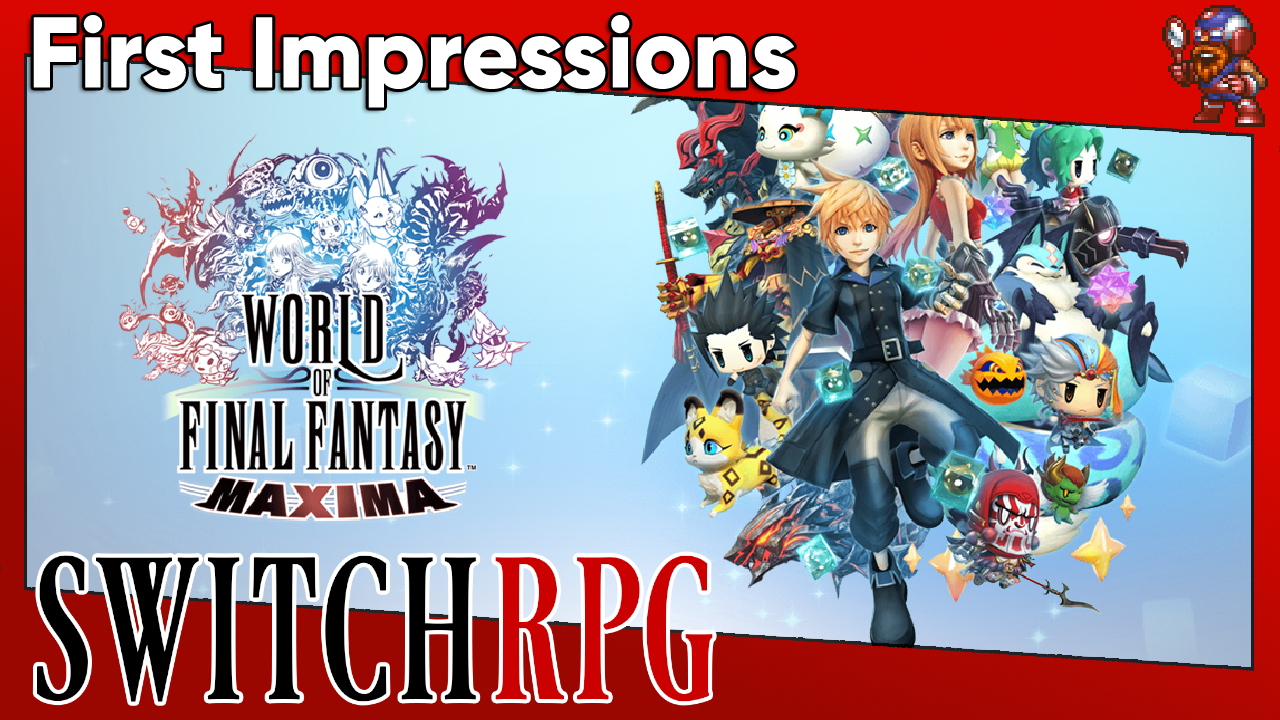 Libra is a new series which will provide first impressions of games well before a review. As is the case with our formal reviews, these will generally be spoiler free, however some very minor spoilers could still lurk ahead.

World of Final Fantasy is a game that I’ve been interested in since its inception, though I avoided it at first due to its generally mediocre reception at launch. When it finally released on the Switch, I knew it was only a matter of time before I picked it up, which I did while it was on sale a couple weeks ago. While I’m only about 12 hours in so far, my impressions as of this point are…mixed at best. Here are a few thoughts based on my experiences thus far.

World of Final Fantasy Maxima follows amnesiac twins – also monster-catching (Pokemon-esque) Mirage Keepers – on their journey to recover their memories, which are said to reside in the world of Grymoire – a fantastical world with tie-ins to many locations scattered throughout the Final Fantasy franchise.

All things considered, I’m still curious as to where my overall thoughts will end up when I have more time to play. Be on the lookout for my World of Final Fantasy Maxima review in the coming weeks!