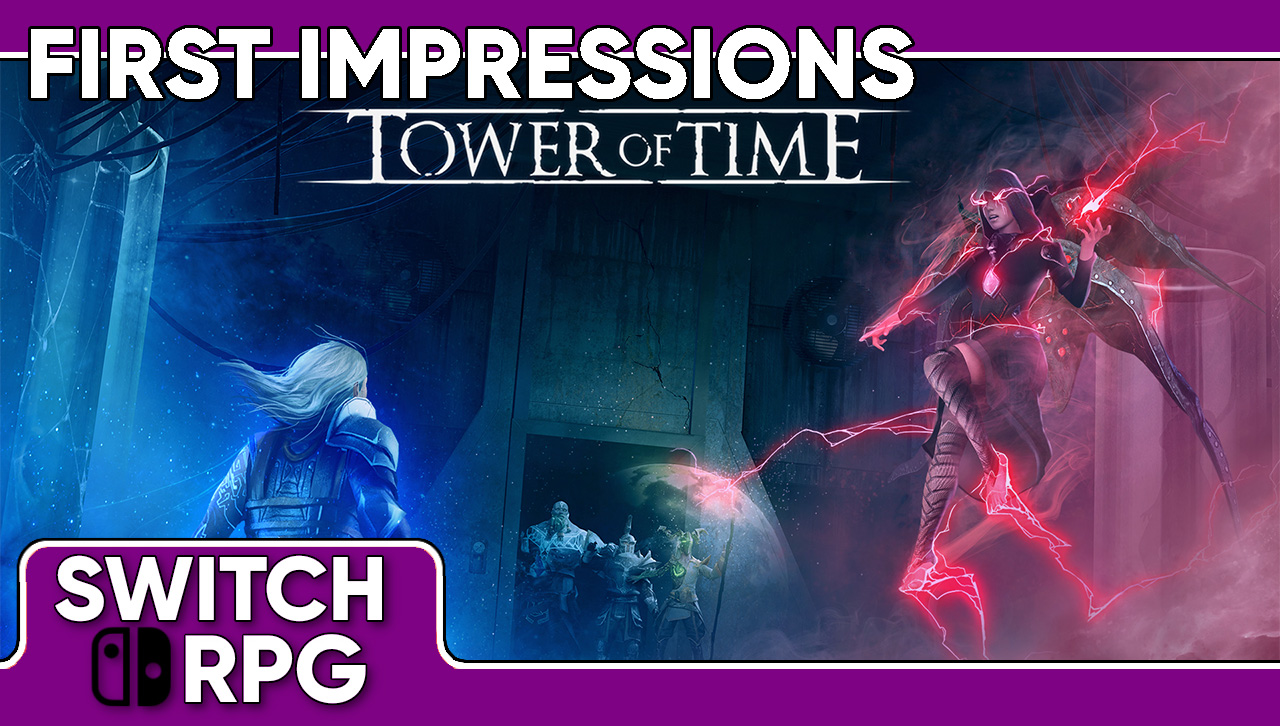 Libra is our “first impressions” series. These are generally spoiler free but may reveal some base plot points and mechanic details.

Tower of Time finally makes its way to the Nintendo Switch after a somewhat genius three-phased initial release on the PC. Why genius, you ask? Well, it just so happens that Tower of Time’s young development studio, Event Horizon, used the opportunities between release phases to wisely gauge player feedback. The outcome is what we have today – a completed dungeon crawler RPG with combat mechanics that…at least so far…have managed to hold my attention in an arena that I have seldomly enjoyed, the strategy genre.

In the beginning, our young protagonist reveals that he lives in a world left in ruin by an unnamed cataclysm. The event leaves this fantasy style world in a perpetual state of twilight. Societies are subsequently dying out without the ability to consistently grow food. Our hero is on a hunt when he stumbles upon the mysterious tower and predictably feels an irresistible urge to step inside and explore it.

The discovery of a luminescent throne leads to the anointing of the unnamed hero to access the tower’s mystical power and potentially restore the world. The throne states that the boy is not quite ready, however, and must return when he feels the call again. When our hero finally makes his return, he brings a few allies along with him. Curiously, it’s the allies that I’ve spent all of my playtime controlling up until this point, not the “chosen one.” My hope is that this is a necessary plot device to be revealed later, but I am admittedly confused at this point. 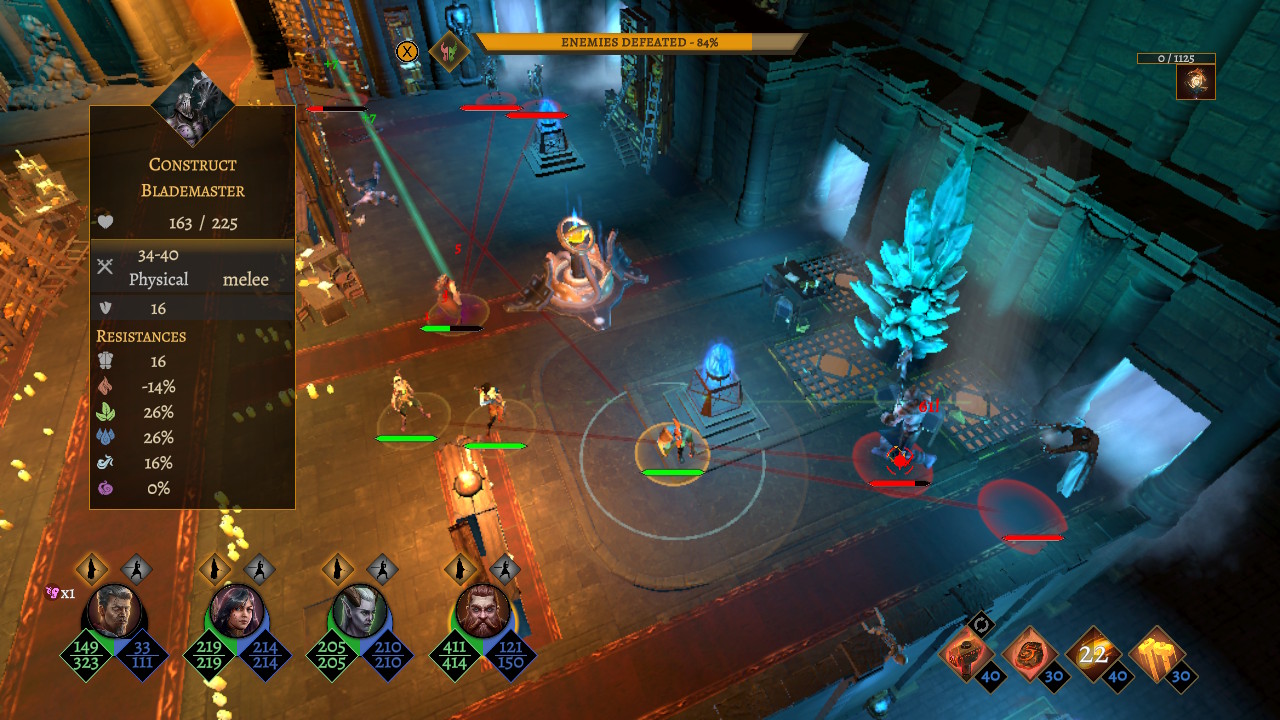 The story seems deep with lore and intrigue, but battling is where Tower of Time has carved a niche for itself. Battles take place on a separate screen in an arena-like setting which contain one or more spawn points for enemies. The idea is to position your warriors in the best spots to support their skills and battle capabilities. I’m NOT an RTS guy by any stretch, but this isn’t your typical RTS. Tower of Time abandons the grid-based tactics system and creates something that resembles FFXII’s gambit system combined with the duck-and-cover mechanics of Mario and Rabbids or Mass Effect. This battle system has truly been a breath of fresh air (so far), though it does take some getting used to.

Tower of Time has my attention. The graphics are beautiful, and the story seems primed to offer a wealth of lore to get lost in. Controls are a bit stiff while exploring the open map, but they are adequate during battle, at least. The game offers five difficulty levels, but it’s been very balanced on the “normal” setting for me, so far. This one has some potential! Check back soon for my full review!