The Tenth Line Special Edition is a 2D platformer RPG, developed and published by Sungazer Software, that features active turn-based battles. I am a big fan of side-scrolling action games – especially ones in the Metroidvania genre – and combining that with turn-based battles made me eager to check it out. 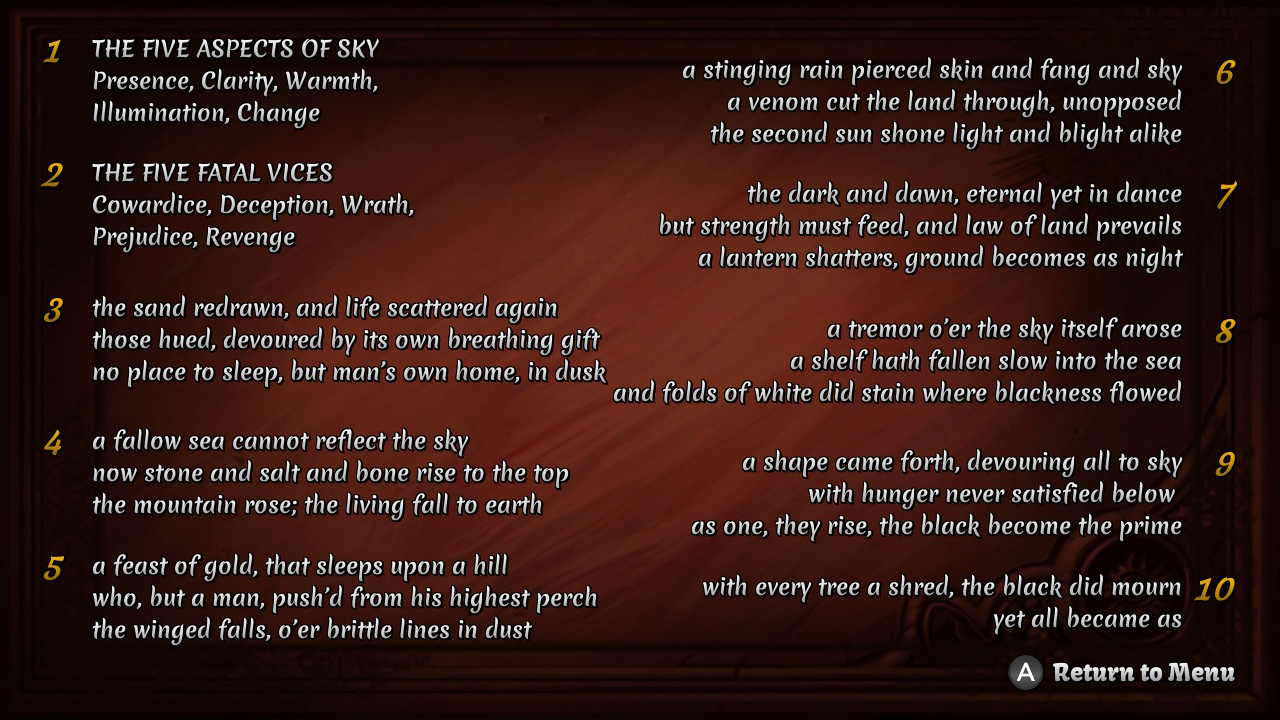 The Tenth Line opens with our Princess of Easania, on the run as she has just escaped from her kidnappers. A mysterious cult had kidnapped from her home, and now she finds herself in the forest. Here, she meets and recruits two beastfolk, Tox and Rik, that will aid her in her journey home, in exchange for riches and fame. Now, with allies by her side, she can outrun the Cult and return home safely. Where will her journey take her, and who else will she meet along the way?

So far, in my couple hours with The Tenth Line, the game is broken up into 2D areas which you must traverse that are home to various creatures, enemies, and hazards. While your party has three characters that can be swapped between at will, each must traverse the level on their own. Each character has their own skill – Rik is able to access small areas, while Tox has various types of breaths at his disposal, which can open paths for the other characters to traverse the level.

As with many RPGs, this game pulls from its roots, and you can gain an advantage if you strike an enemy from the 2D environments using the character’s attack button. Each area is filled with hidden tunnels or areas to explore, some of which have optional objectives where you need to find all items and treasure in an area. Others have NPCs, which will give you a small side quest. So far, the platforming areas occur as you traverse between towns or objectives, and this is all put together on a nice overworld map which is shown during chapter and town transitions. 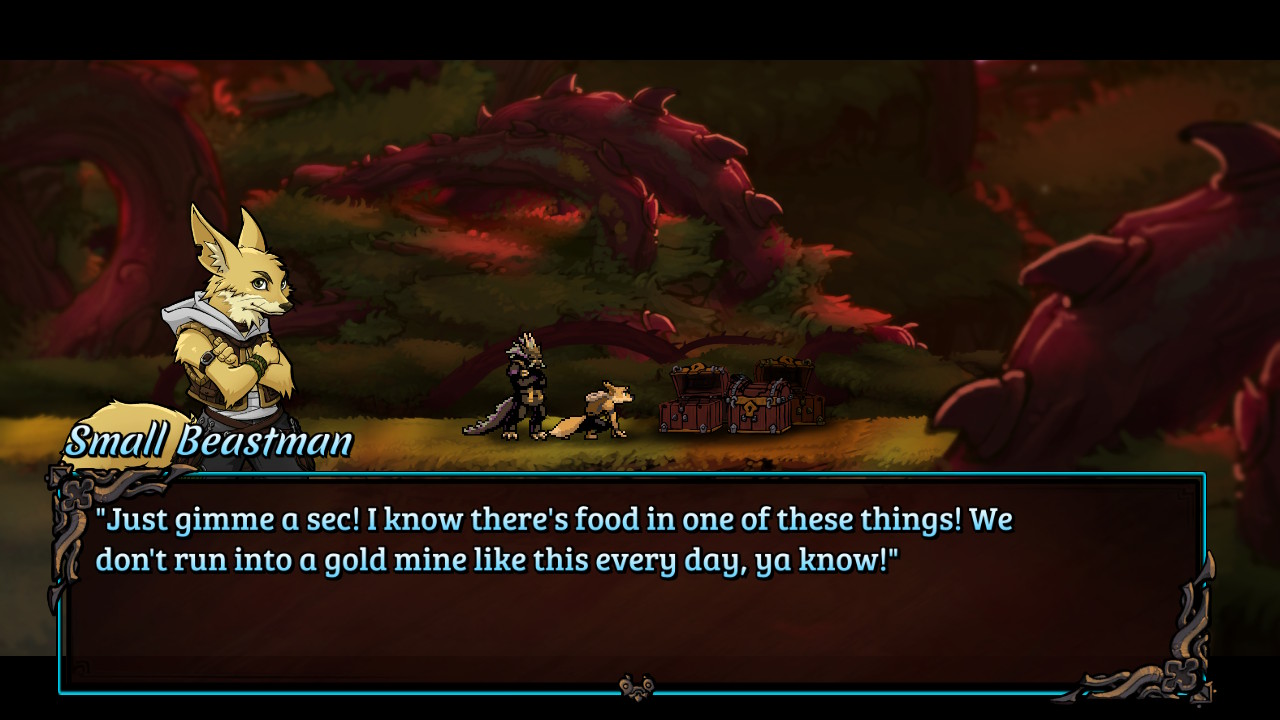 The combat is okay – it is a turn based system where each character in your party performs an action per turn, like fight, rest, or look. Look examines an enemy, and rest recovers HP and SP, also known and skill points. When you select fight, you are presented with a list of attack options each character can perform. All of this is presented in a card system that details how many times your character will attack during that turn, and how many enemies it will damage.

Once you have made all of your selections for the turn, any fight commands will have to be timed to a button press, which is shown on the screen. It’s an interesting system, but also takes some planning and strategy because if one character attacks an entire row and knocks them all out, subsequent attacks to the same row are essentially wasted since there is no way to re-target until the next turn. I have found this to be frustrating, at times. 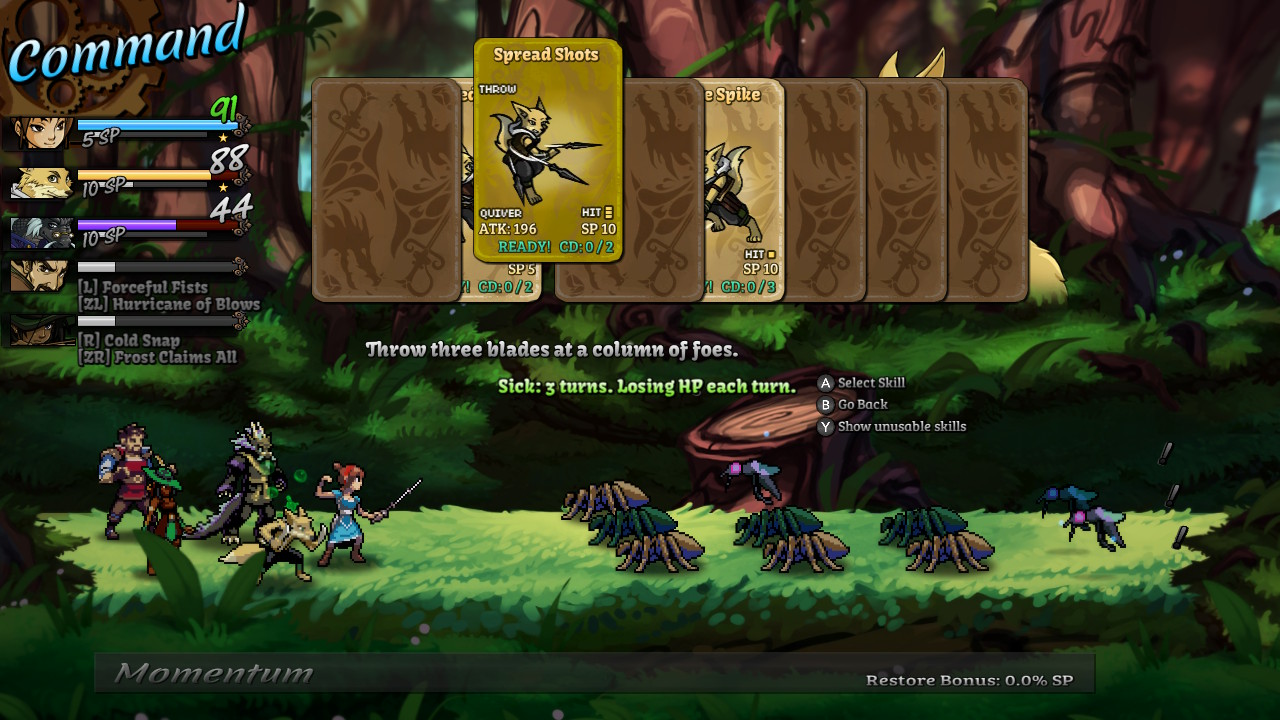 The Tenth Line Special Edition is an ambitious title that I look forward to seeing how its compelling story comes to a close. While it has been a mixed experience so far, I originally started a play through on full challenge, but restarted on medium as I found the numbers system and mechanics to be overwhelming, leaving no time to digest before throwing another system at me. The light mode has resolved many of the issues I had with full mode, but the way you have to traverse each member of your party thru the platforming section can be a chore at times. I am not sure how long the game is, but I’m several hours into the story now. Look for my full review shortly and, in the meantime, checkout out our video preview of the Tenth Line Special Edition.