Libra: The Cruel King and the Great Hero (Switch) 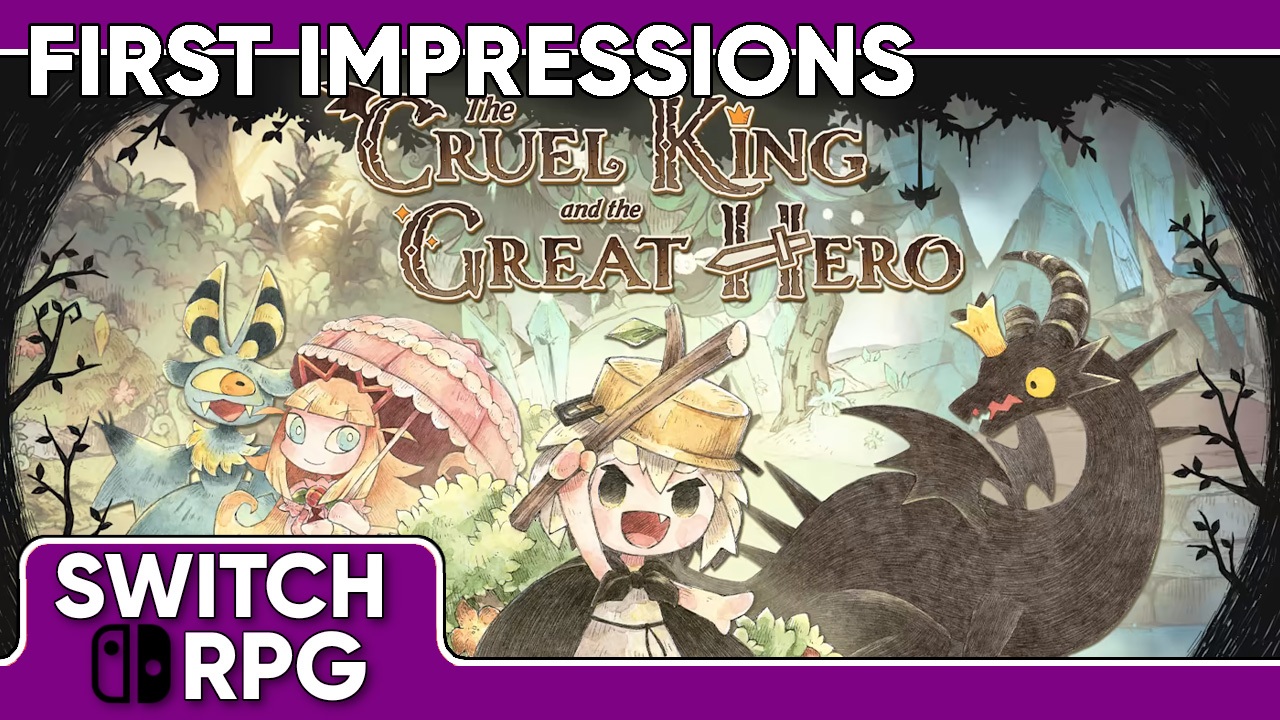 As a spiritual successor to The Liar Princess and the Blind Prince, The Cruel King and the Great Hero is a return to the picture book aesthetic and storytelling. Compared to other RPGs currently available on the Switch, The Cruel King and the Great Hero aims to be a more laid back experience for those not familiar with the genre. With this in mind, is this a title worth checking out? Let’s see how the first portion of the game holds up!

You play as a young girl known as Yuu, who is currently living amongst monsters with her caretaker, the Dragon King. Her father has since passed away and she was left in the care of this seemingly nice dragon, who watches over Yuu very carefully. And Yuu returns the dragon’s love, telling the king her wishes and desires. One particular wish of hers is to become a great hero just like her father. The Dragon King encourages her dream and even gives her a stick and a pot to train with, keeping a close eye over her to make sure she doesn’t hurt herself. 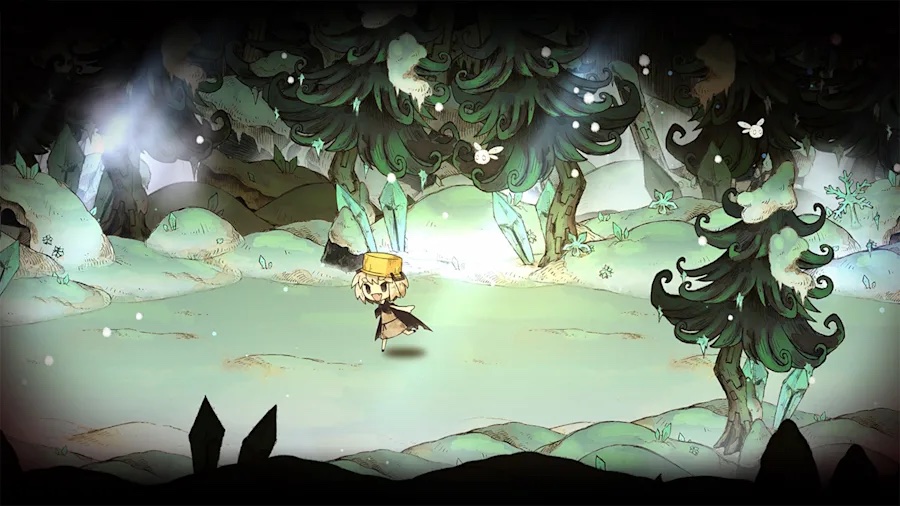 The story really picks up once Yuu is encouraged to travel outside of her home to the monster village. From there, she will face many monstrous foes, but she will also meet many new allies. There are three different characters that Yuu can travel alongside in the game. And while each character has their own skills to set them apart, they do tend to blend together. You can use each of the characters to unlock certain areas or get chests that are out of reach, although the way to switch between characters is cumbersome. You aren’t able to switch between the three characters until later in the game, and you can only have one character tag along at a time. If you wish to switch, you must travel back to where the other two are stationed and speak to them.

That is not the only cumbersome aspect to The Cruel King and the Great Hero. As the world opens up to you, you unlock the ability to teleport to other areas. However, you can only teleport using fountains that are only found at specific spots in each area. This results in a lot of backtracking to and from fountains. While not that big of a deal if you are sticking to just the main story quests, this can be tiring if you’re looking to clear through side quests and travel to every part of the map in each area. 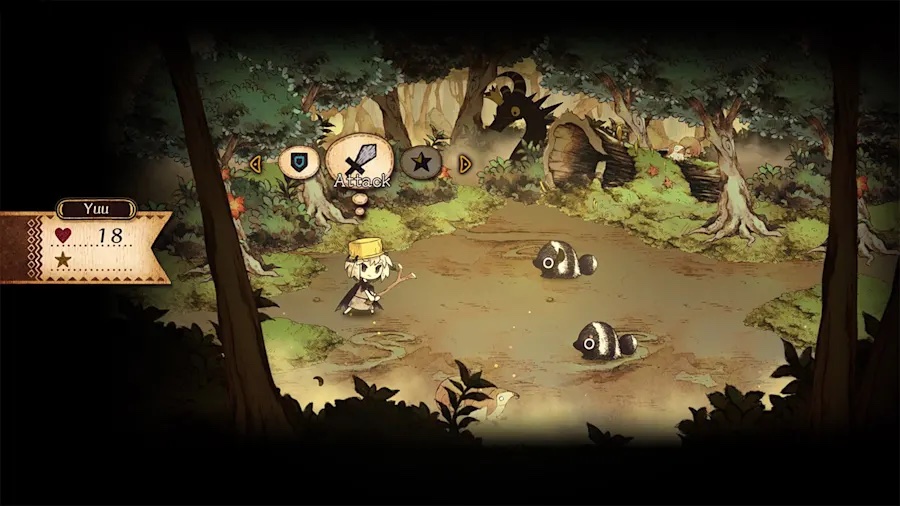 The gameplay for The Cruel King and the Great Hero is split between side-scrolling traveling and turn-based battles. All battles outside of bosses are random encounters. You can change the frequency of battles if you are at a much higher level than monsters in the area by running. Otherwise, you’ll be stuck walking through a majority of the areas. When in battle, you can choose to use your regular attack, a skill, an item, guarding, or simply escape from the battle. Using skills takes energy which regenerates by one point every turn.

At first, battles aren’t difficult and almost feel too easy. However, the difficulty for The Cruel King and the Great Hero steadily grows as you progress. If you are not the type to grind for levels or try to complete all of the side quests, progress is still steady, although you may come across occasional difficulty spikes when facing bosses or entering new areas. But as long as you are diligent with your item and skill use, the challenge isn’t that bad. And if you do end up losing in battle, you can choose to load from the last autosave, or load from your last manual save. 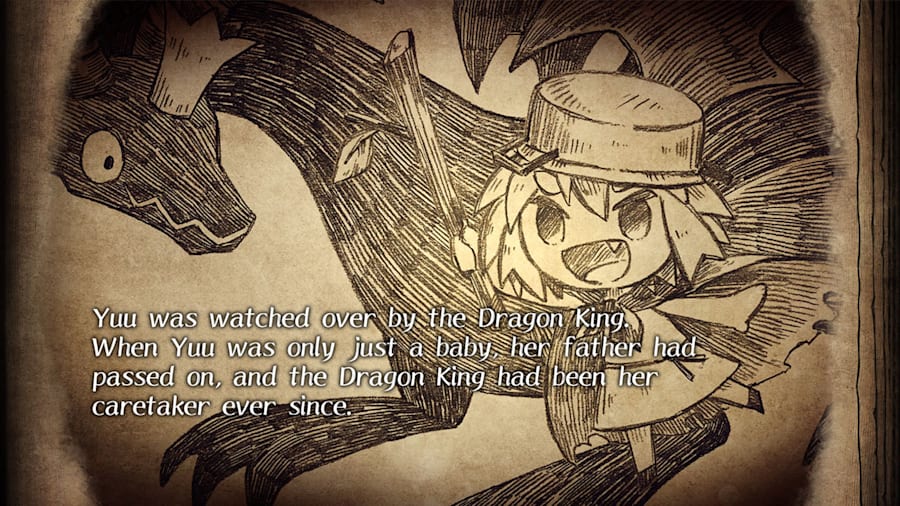 The big draw for The Cruel King and the Great Hero is the aesthetics. The game looks gorgeous, styling itself after a picture book, with a nice use of sketchbook drawings and a cool color palette. The music backs up the visuals as well, with plenty of flutes and piano pieces to tug at the heartstrings and remind you of your childhood. There are some quirks with the styling however, mainly pertaining to the text. While stylistically, it makes sense for the cutscene text to overlay the art, due to not having a dedicated blank spot to fit in nicely, it can be a bit hard to read the text at times. There are also some moments when the text doesn’t fit in the speech bubbles and runs off past the edge.

Perhaps to some hardcore fans of RPGs, this title will probably be too simple. But what it sets out to accomplish, giving the player a picture-book like experience, has been thoroughly accomplished so far. But will the rest of the game hold up after my initial impressions? We’ll have to see as I continue to progress. Keep an eye out for my review in the future.