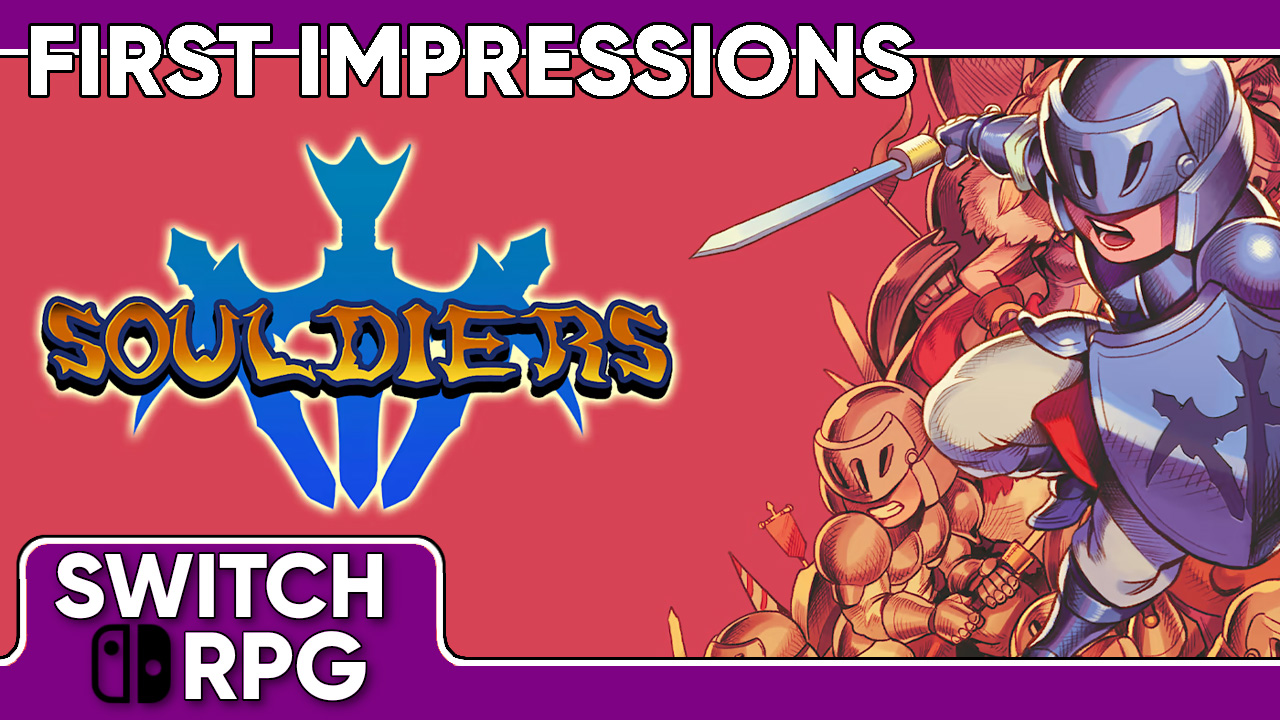 What happens when you combine the likes of Owlboy, CHASM, Hollow Knight, and soulslike combat? You get Souldiers, a game by Retro Forge and published by Plug In Digital and Dear Villagers. It is a 2D sidescrolling Metroidvania with soulslike combat and other RPG elements you normally wouldn’t find in this vein. Souldiers is set in the beautiful, 16-bit land of Terragaya, where you select your class and then set forth on an epic adventure. You can choose from the scout, caster, or archer, with each class having its own distinct advantages and disadvantages. The scout appears to be the most balanced class with its use of swords, the caster can use magic and summon the elements, and the archer can rain arrows down on enemies from a distance. Each class has the ability to parry and dodge. 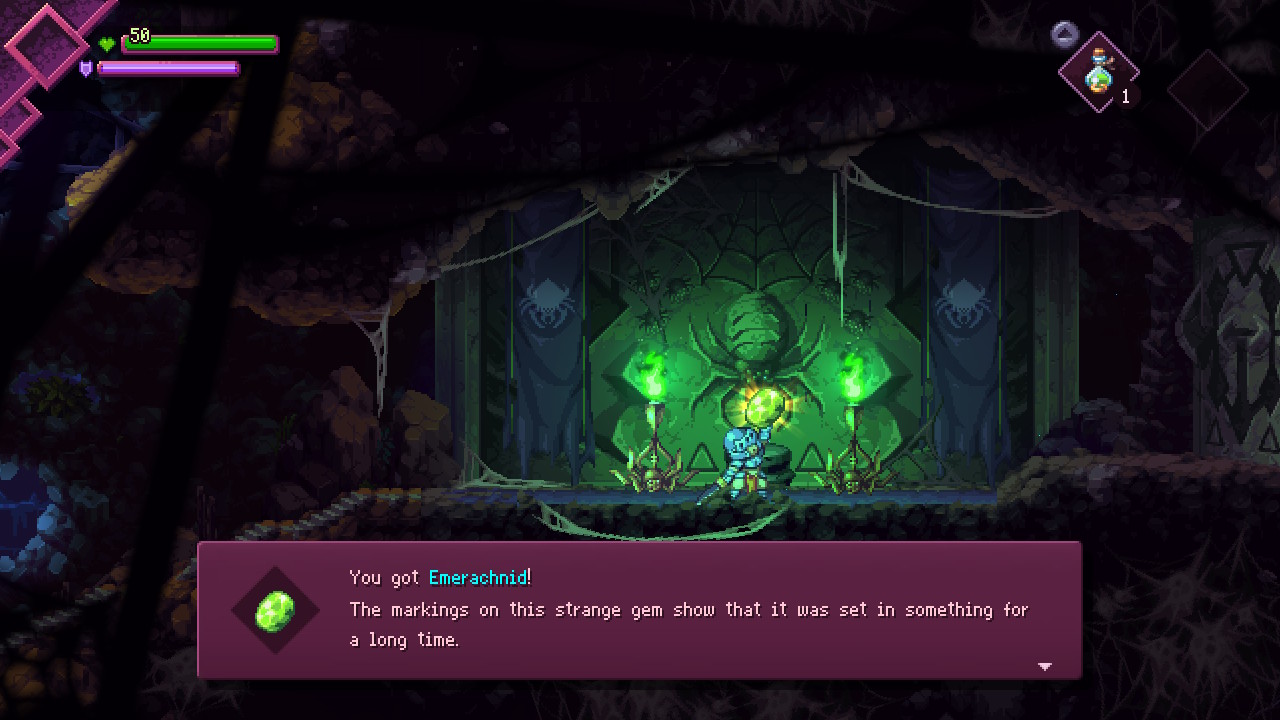 The various classes allow the user to choose a playstyle the suits them best, and also adds replay value for those interested in trying out different classes. It’s worth noting that the player cannot change classes after selection – at least based on my current progress – so make that first choice carefully. As you progress the story, you will gain new equipment to bolster your arsenal, starting with bombs. You will be traversing the world of Terragaya starting out in the Spider Lair, which will set you on a puzzle-solving adventure to find five stones to open a sealed door, and ultimately make your way to Haffin City. 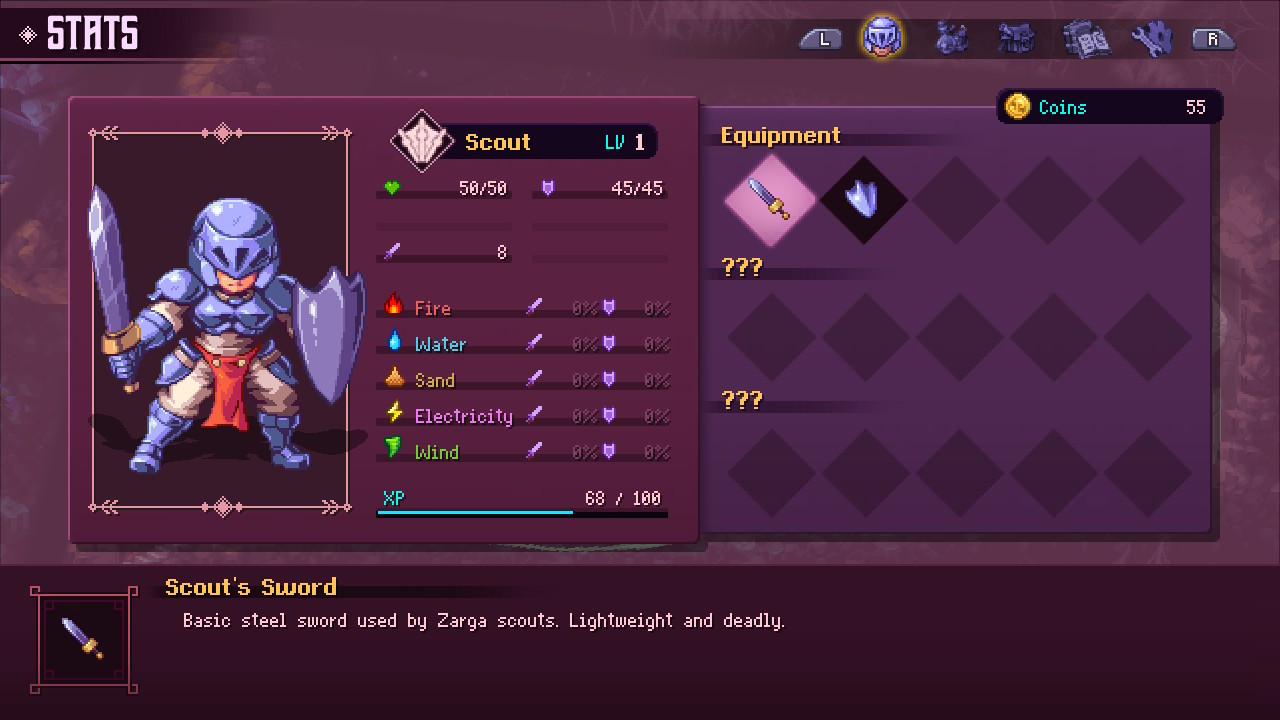 While Souldiers is aesthetically pleasing and mechanically sound, the Switch version currently has some issues in the performance and stability departments. There are some pretty strange bugs and moments of severe slowdown, especially when saving. There’s an odd bug with the map that can cause it to lose your spot and make it difficult to tell where you have and haven’t explored already, which is a huge detriment in a Metroidvania title. I’ve also experienced several crashes. That said, the developers just dropped a patch a couple days ago that may very well fix some, if not all of these issues. Since we strive to be thorough on SwitchRPG.com, I’ll be sure to report back here once I’ve beaten the game, have had time with the patch, and am able to offer a full picture of the state of Souldiers.

A full review of Souldiers will be coming to SwitchRPG soon! In the meantime checkout our gameplay preview here.