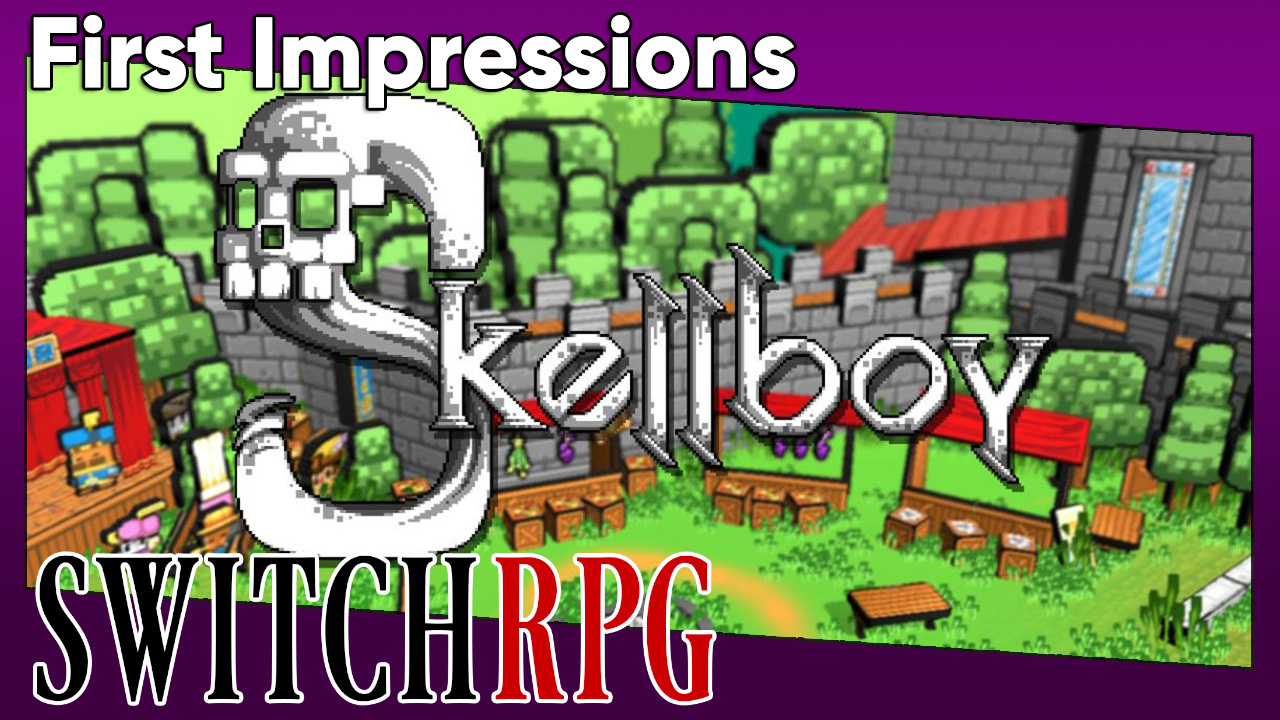 When Skellboy was first revealed, the art direction and style immediately grabbed my attention, largely due to its similarities to Paper Mario. I have been longing for a true sequel to Thousand Year Door, and while Nintendo continues to disappoint us on that front, Skellboy offers an alternative- at least, in aesthetics. After a short delay from its originally planned December release, Skellboy’s adventure is finally upon us. Here are my initial impressions on this beautifully crafted action RPG. 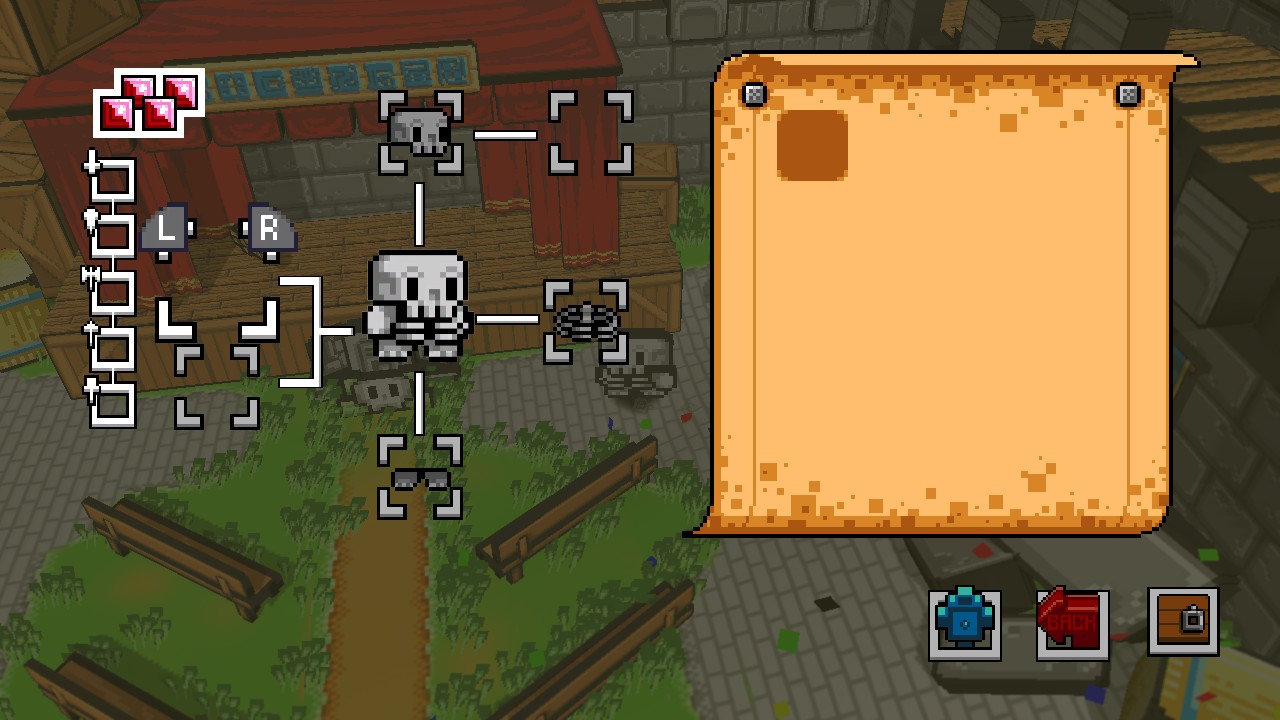 With the princess standing up Sir Squaruman, the king’s evil court magician, the Kingdom of Cubold falls into peril and its peaceful existence is thrown into disarray. You take control of Skippy, our undead skeleton protagonist, on a quest to discover what happened to Princess Zoletta and save the kingdom. The game opens in the theater with our protagonist currently lacking feet- but once you maneuver over to the other area of the theater, you acquire feet that grant ability to jump. You’ll then hop onstage, grab a sword, and set off on your journey to bring back peace to Cubold. In Skellboy, you will find different body parts and accessories (head, body, shoes, hats/helmets, and armor) that grant Skippy different abilities and perks when equipped. For example, early on you will run into some mushroom enemies, whose shroom shoes have a chance of dropping upon defeat. These shoes grant you their ability where, on the landing of your jump, a small cloud appears, which can slow or damage other enemies. In addition to picking up the various parts, you will come across 5 different weapon types on the course of your adventure. A big part of Skellboy is finding and picking up new parts that help you accomplish the challenge ahead and tailor your character’s traits to your play style. 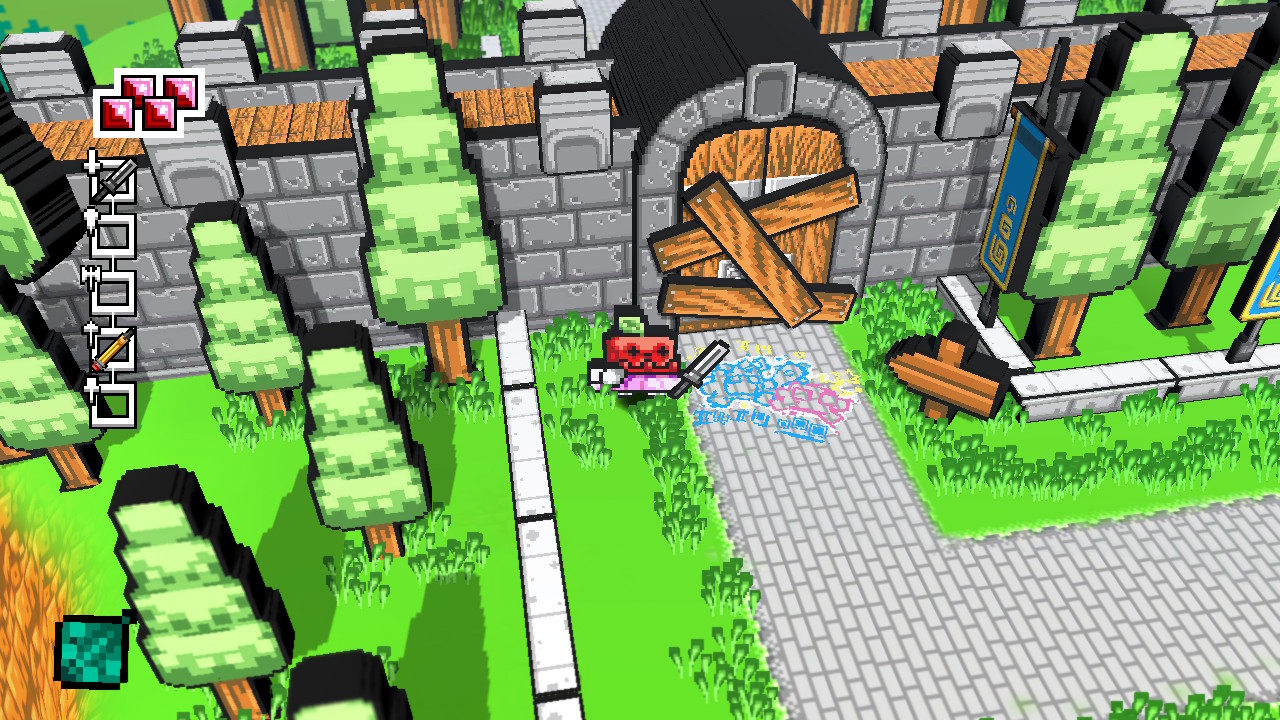 Skellboy’s combat is fairly simple: press Y to swing you current weapon, with some weapon types possessing a charged attack, activated by holding down Y for a couple seconds. Enemies don’t have any visible health meters, so you just keep hitting them until they die. The same applies to the boss encounters I have experienced so far, with each boss requiring to be hit between 5-10 times before ending the battle. While you slay the undead creatures that have taken over Cubhold, you will explore the kingdom in a Metroid-inspired format: you will see doors and areas you must come back to later with a different weapon or body part ability equipped. Skellboy is an action adventure game inspired by the titles of yesteryear (Zelda, Metroid & Paper Mario) mixed up into a unique and charming package. I am about 4-5 hours into the the campaign, which starts out very linear but eventually opens up, allowing the player choose which order they want to tackle some objectives. 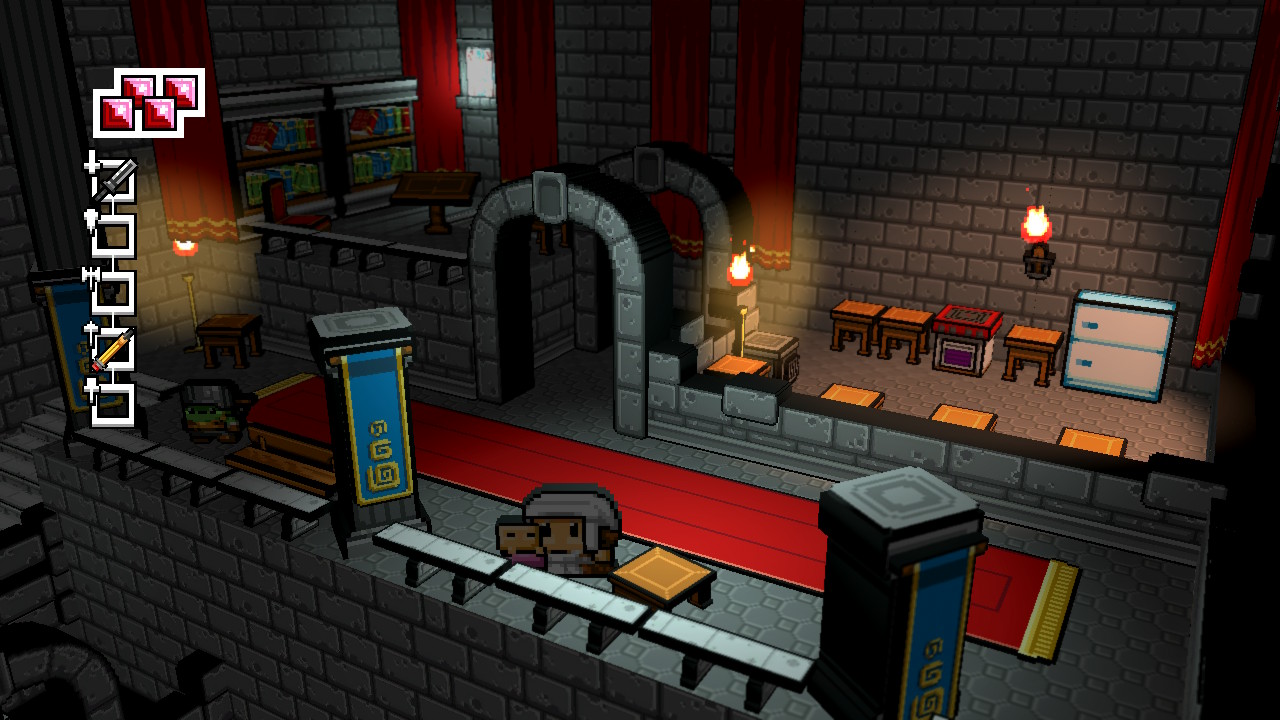 Look for my final thoughts on Skellboy next week!