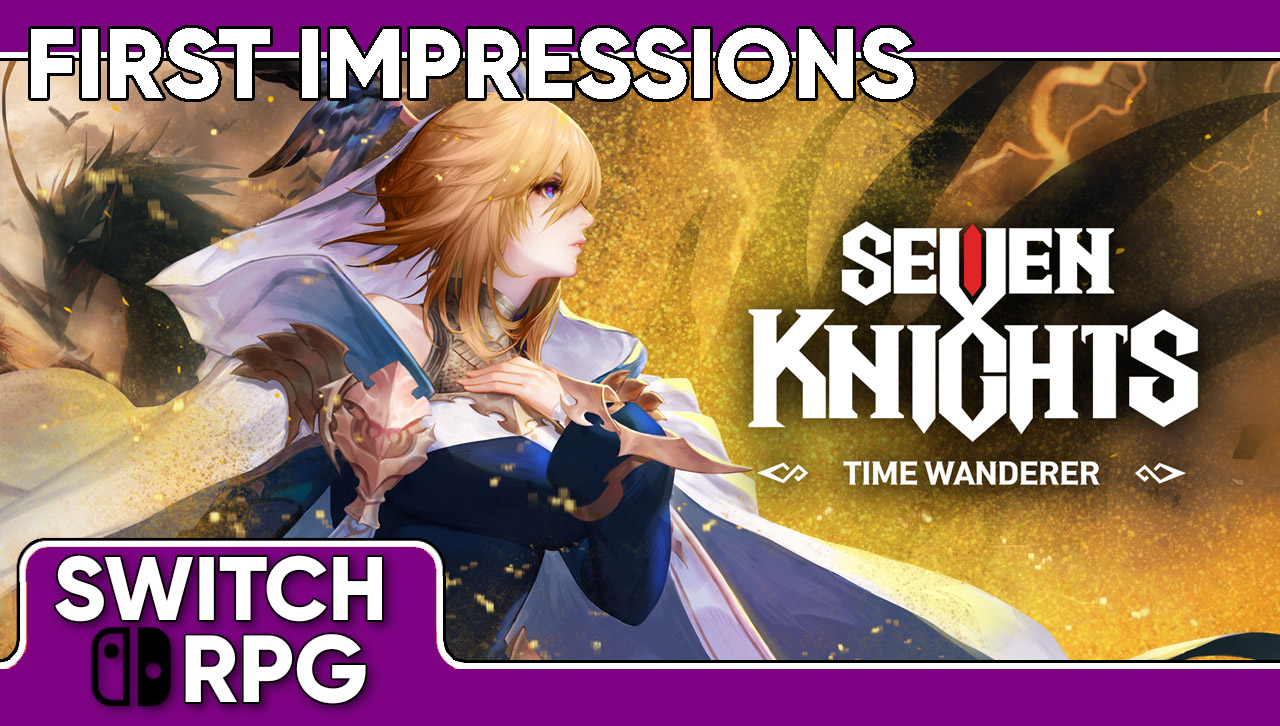 For those familiar with the company Netmarble, console games are probably not the first thing that comes to mind. Primarily a mobile game publisher, they are very prominent when it comes to publishing “gacha” games. So, imagine my surprise as I scroll through the recent releases on the Switch and come across a title that I had only seen previously on the mobile app store.

Seven Knights is a game that takes place in the same universe as its mobile game counterpart, but features an entirely new story with new characters. While I have dabbled in Seven Knights in the past, it was never a gacha game that appealed to me personally. However, as someone who has an interest in these types of games, I was very curious to see what exactly Netmarble had planned for this game. Would this just be a mobile game experience on a console?

Seven Knights starts off with a man receiving an artifact of greater power that he is entrusted with until the chosen person in his bloodline appears to make use of its power. His daughter, Vanessa, comes across the sealed artifact and messes around with it, causing the seal to rupture. This throws her into another dimension where she is unable to return home until she collects Time Crystals to return power back into the artifact.

From here, you play as Vanessa as she hops from dimension to dimension searching for Time Crystals and making new allies. As the game fully opens up to play, its mobile game inspirations are laid fully bare. You traverse the dimensions on a 2D map going from node to node where enemies, treasure, and other obstacles sometimes appear. On certain parts of the map, you will come across green nodes known as Waypoints, which will allow you to teleport back to other Waypoints in the current dimension you are in, or to your base of operations in the Room of Sand. Going back to your main base revives any fallen units and heals everyone to full. 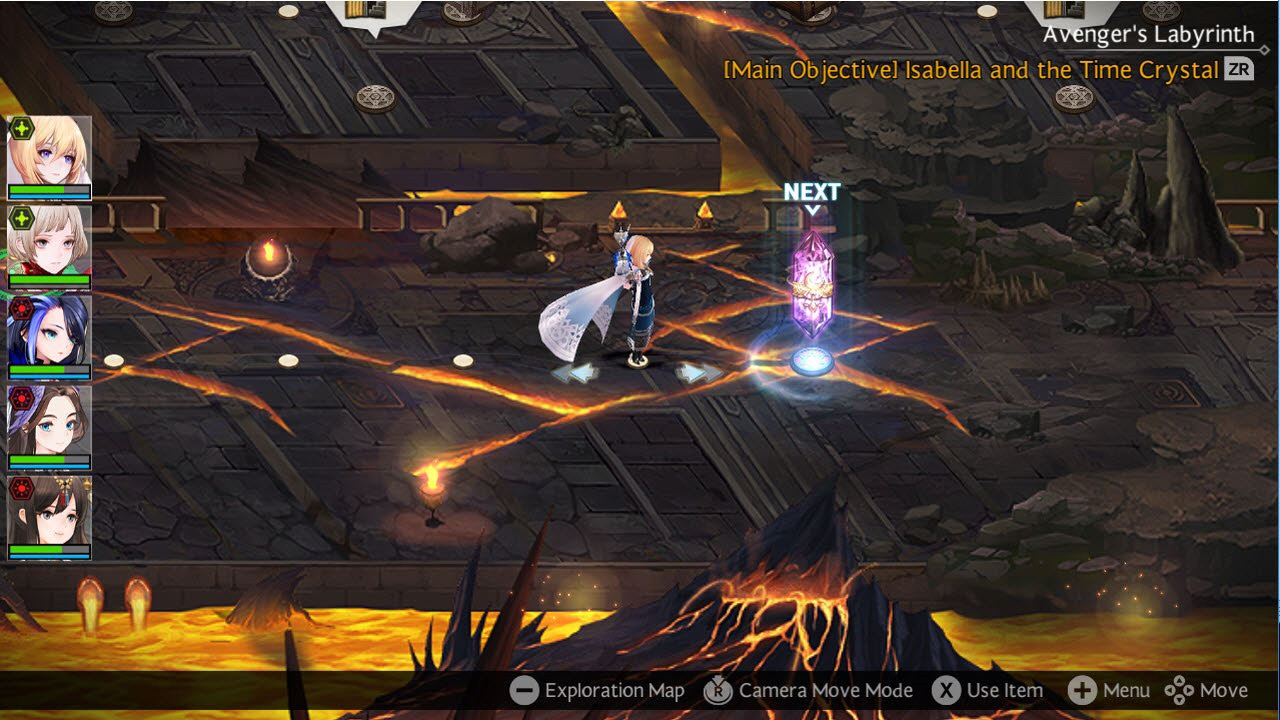 When it comes to battles, Seven Knights is a real time, turn-based RPG. What this means is that all actions are on a timer, with you going first before the enemy has their turn. If you do not register an attack in time, however, then the enemy will go without you taking an action. You can only use the abilities that your units have, so any major health management will need to be handled prior to going into battle. Every unit that you have has their own abilities and as you use them, you will find which work best for your play style. There are healers, offensive and defensive units, and those that fall in between. 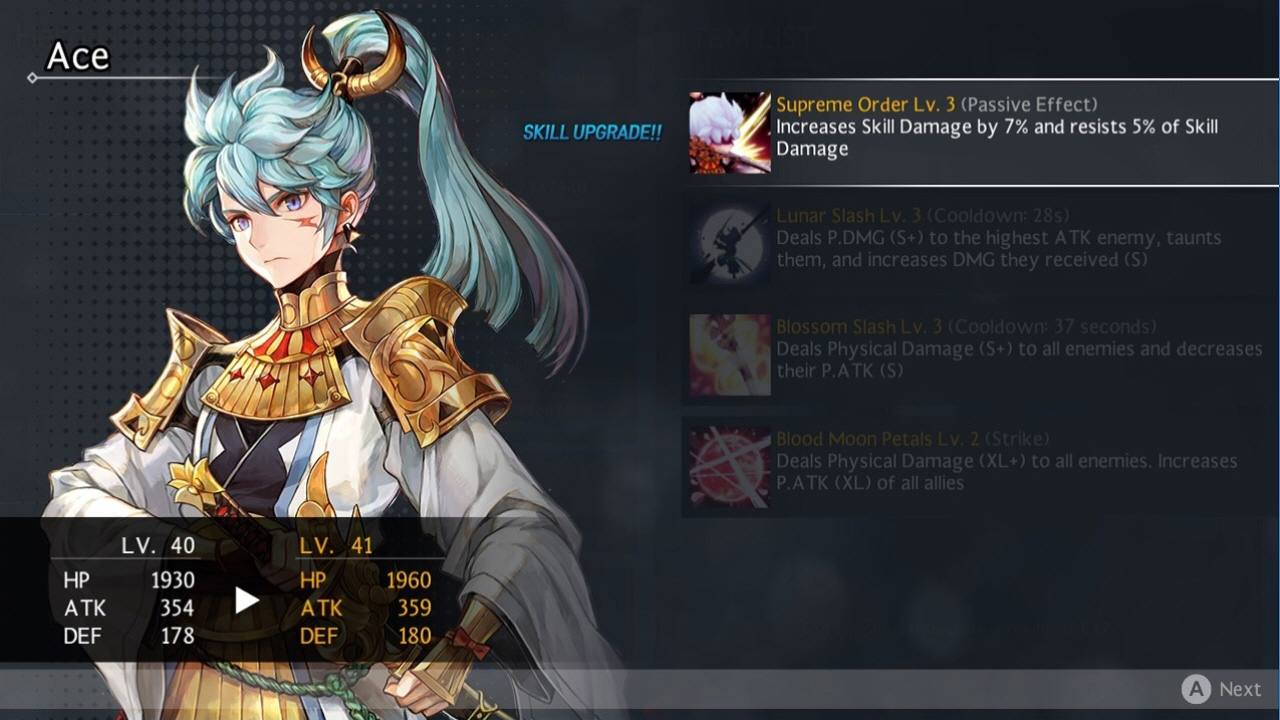 Another quirk when it comes to battling is that only one unit will perform an action per turn. It doesn’t matter how many units you or the opponent has – only one unit can attack. This is both a good and bad thing for you because while this means that only one of the enemies will be attacking, this also means that if you really need to heal, that comes at the detriment of not being able to attack or defend at all that turn. While not a serious issue where I’m currently at in the story, you may find yourself juggling whether you want to get an inch off of a boss’ HP bar, at the cost of one of your units because you are playing too offensively. And when you tie-in the fact that all skills have their own cooldowns, more thought will have to be put into place of when best to attack, defend, or heal. 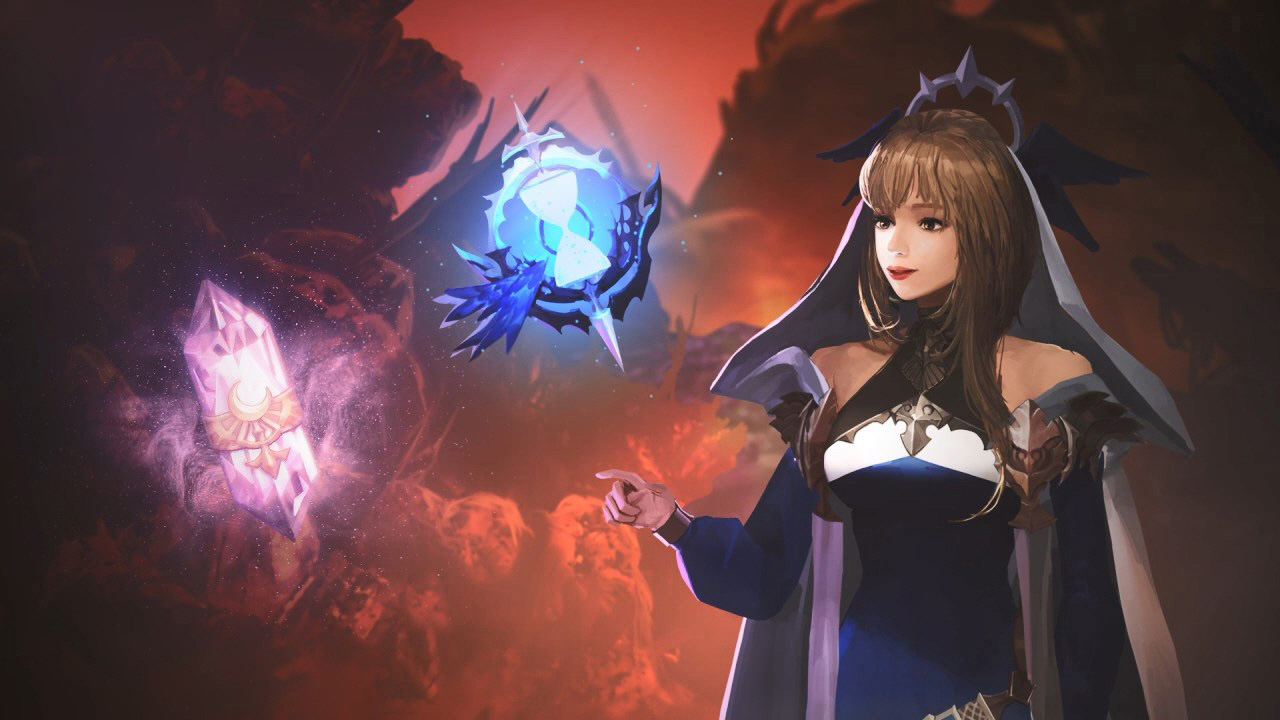 There are two distinct art styles with this game, which I find kind of strange. The game opens up with a semi-realistic anime style that is partially animated – the models moving only occasionally. However, that style seems to be reserved for the cinematic cutscenes, with the rest of the art in the game taking on a more traditional anime art style that players would expect from a game like this. The models when playing the game are in 3D, and move on the X and Y axis. The 3D models are not as crisp as they could be, looking very similar to what you’d probably find in the Seven Knights mobile game.

So far, the game has strangely captured my interest. While I hold no hope that the narrative will get much better, the experience has been fun enough to keep me going for the time being. Only time will tell whether the game will plateau due it’s simplistic take on combat.