What I love most about the Nintendo Switch is not that it is a hybrid system – that IS great, of course – but rather its robust, eclectic RPG library. There are RPGs, both old and new, that I may have never played if it weren’t for the system; one being Rune Factory 4. Like December’s Star Ocean: First Departure R, I’ve once again been pleasantly surprised by a game that I may have never given a chance in the past. Though I cannot reveal much here – and I still have so much to uncover before a proper review is written – I thought I’d share my thoughts thus far on this life/farm/sandbox RPG, coming to North America on February 25th. 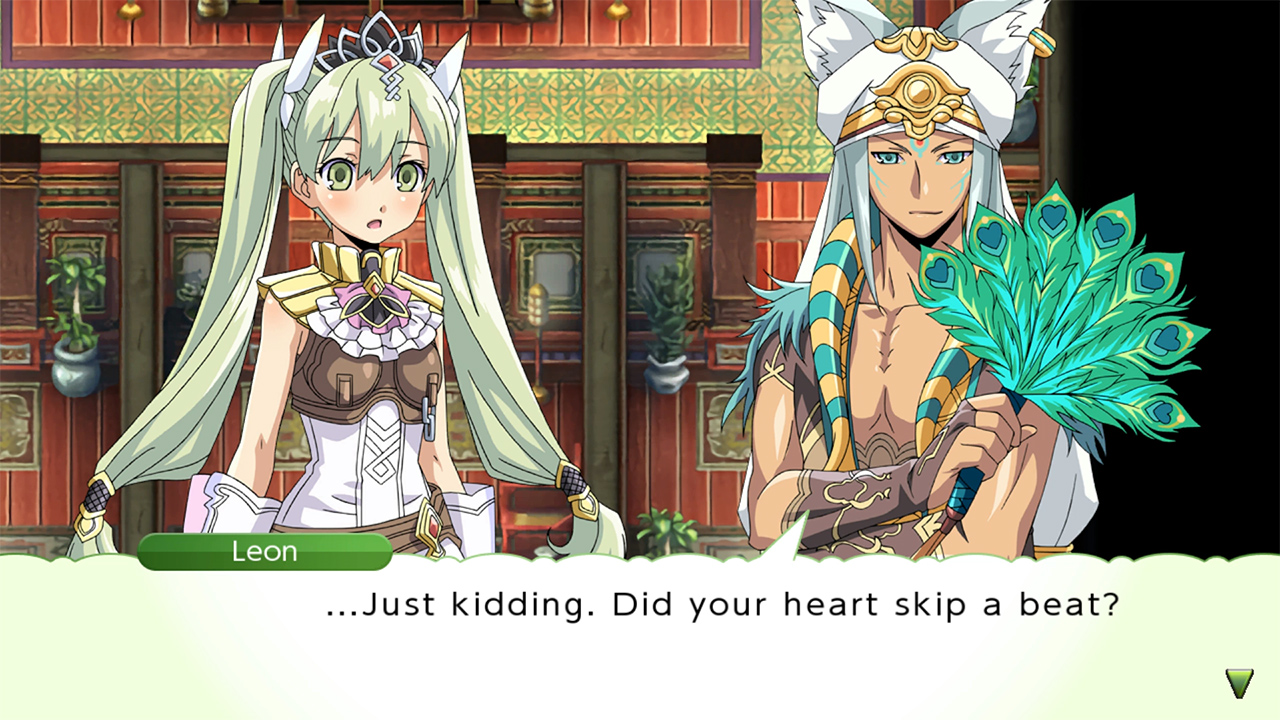 The Rune Factory franchise is a long-running spinoff to an even longer running series, Harvest Moon / Story of Seasons. Rune Factory 4 was released on 3DS in North America back in 2013, before being repackaged in this “Special” version for Switch in 2020. This “HD remaster” includes some additions, such as new substory arcs – including a newlywed mode that expands on spousal relationships after marriage – alongside various other tweaks, like additional save slots and a brand-new difficulty mode.

Though Rune Factory 4 Special is very much a “do-what-you-feel-like” kind of game, amidst the variety of content lies a linear main story. In a nutshell – you play as an amnesiac boy or girl who, after being mistaken for an up-and-coming ruler, gets swept into overseeing the improvements of the city of Selphia. Not only will the player lead the path of development for the city as a whole – directing orders for festivals, shops, development; what have you – they will also be working on improving themselves through farming, crafting, building relationships with the townsfolk, exploring a wide variety of areas, and killing lots of monsters.

These “self-improvements” are where Rune Factory 4 Special really shines, as literally any task you can think of will benefit your character in some way (similar to Elder Scrolls: Oblivion and even some SaGa titles). Heck, there are even walking, eating, sleeping, and BATHING skills, which reward you for, well, being a decent human being. The SaGa comparison can be drawn when combat comes into play, as individual progress made with your weapon of choice – and there are a variety to choose from – grants additional skills to use with that specific weapon type. 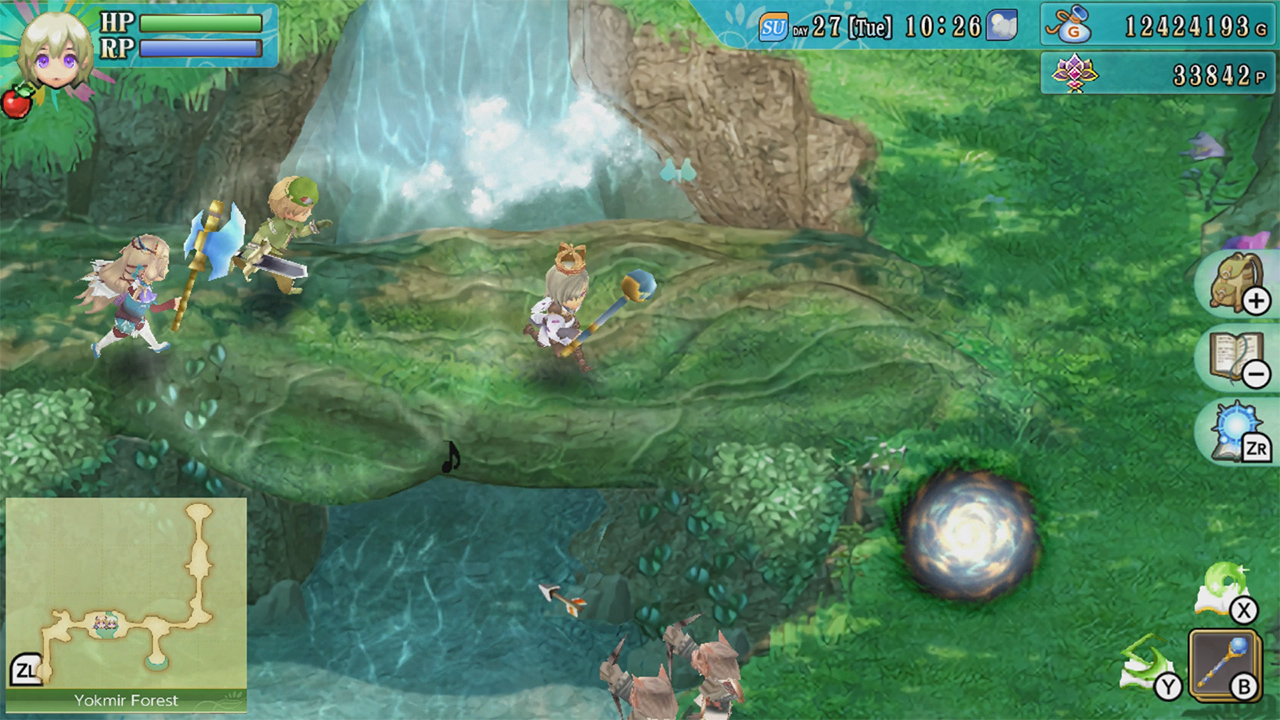 When viewed at a wide angle, combat is pretty standard action RPG fare. But, the weapon variations, myriad of skills, and occasional difficulty spikes help keep things interesting instead of becoming a bore. Of course, this is from the perspective of “normal mode,” and between 10-20 hours of playtime – things could get more difficult later, and there’s always the option of cranking the difficulty up to one of the two higher options if the former never happens.

But hey, maybe you don’t want to constantly kill things? Then, you’ll love the fact that you can befriend monsters, fight alongside them, and even have them help tend your farm! Speaking of farms, there is an obvious emphasis on tending to your fields and crops given the series’ shared lineage with Harvest Moon, but there are so many other things you can do that it doesn’t necessarily have to be a focal point of YOUR story. Again, player choice is key here, though it is best to dabble in a bit of everything for optimal character development and overall progression. With all that in mind, don’t get me wrong – farming/crop raising here is very enjoyable, and even features some subtle mechanical layers for those that crave min/maxing and wish to get the most out of their farming investments. 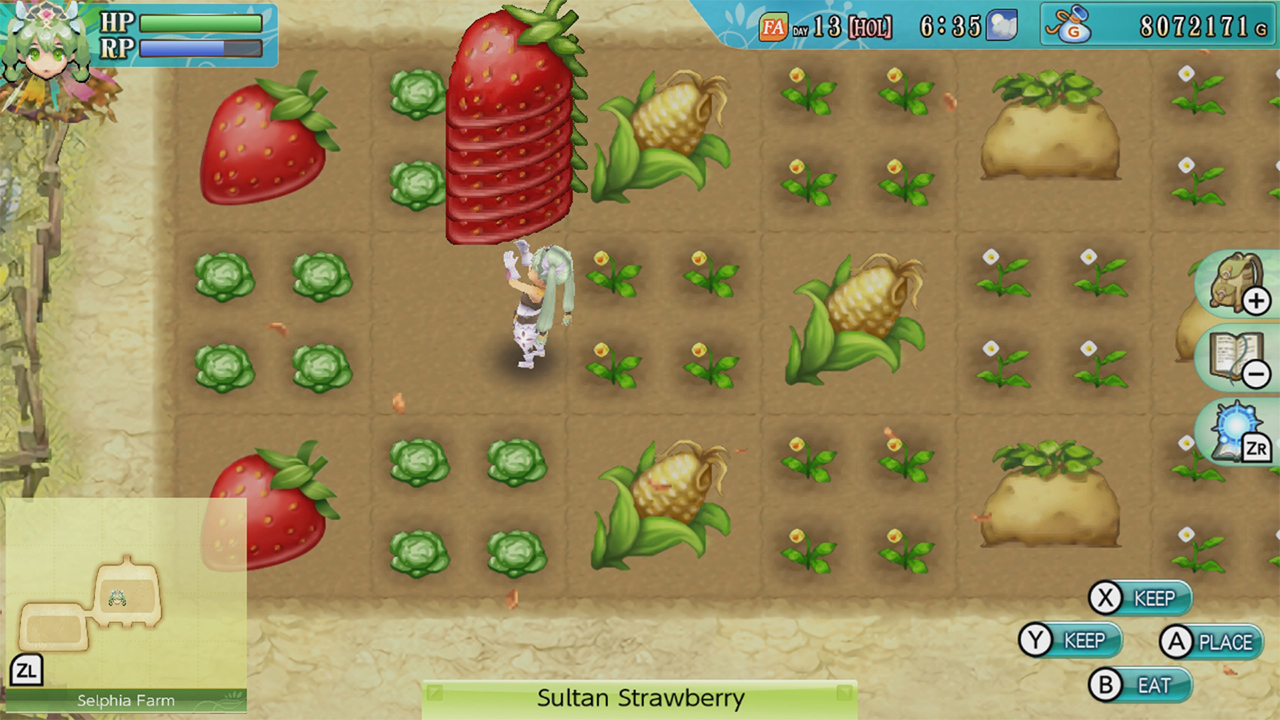 So far, I’ve only had two real issues with Rune Factory 4 Special, one of which is the main story, which takes a bit of time to get remotely interesting. I consider this the lesser of the two evils simply because the characters themselves are great – surprising, considering the state of the overarching narrative in the early game. There are tons of conversations, and subplots, to be had – to the point where you’ll go quite a stretch of time before ever seeing repeated dialogue.

Random events happen pretty often, and dialogue can even change based on exactly who is around when you initiate any given conversation (as in, some characters will jump into a conversation dynamically, at times). Overall, Rune Factory 4 Special follows a rather serious story, but offsets it with some entertaining, often tongue-in-cheek banter. The witty, sometimes sarcastic item flavor text is probably my favorite part of it all.

Onto the more concerning issue of the two: the controls. Rune Factory 4 Special has a lot of moving parts, and handles that in a rather unintuitive fashion. As a newcomer to the series, it took quite some time to get used to the controls and, in some cases, interacting with certain objects and repositories. It does get better as you assimilate to its nuances, but you’re still left with occasional moments of wishing and wanting. Fortunately, these growing pains are permissible considering the enjoyment potential present despite the flaws.

All in all, Rune Factory 4 Special once again reminds me that it is good to mingle in the unknown from time to time. This is my first time experiencing what the Rune Factory franchise has to offer, and it has certainly left a lasting impression. If you like filling lots of progress bars, grinding various tasks, following the spaghetti trail of entertaining subplots, and paving your “own way” each day, all while chipping away at that overarching narrative, then this is a title to keep on your radar. The journey so far has been one for the history books, and I can’t wait to dive back into its world again.

In fact, I’m going to do that right now.

Be on the lookout for my complete review of Rune Factory 4 Special soon!