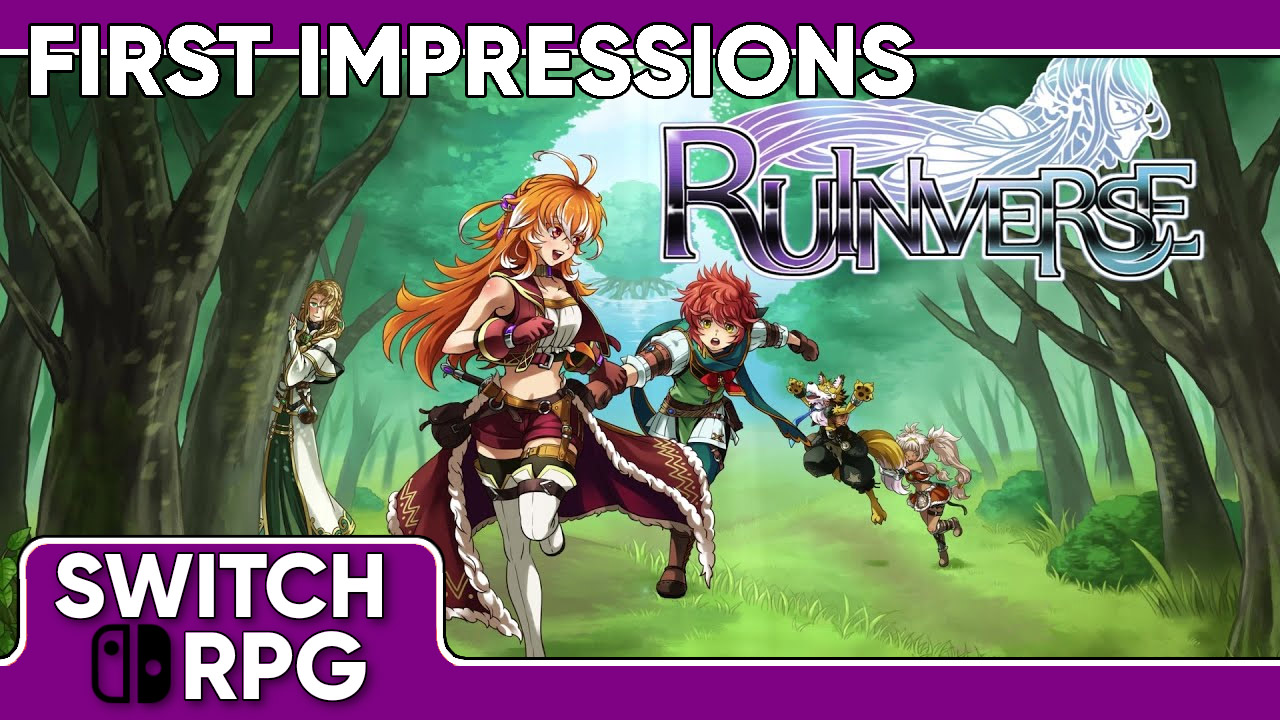 After committing to an assortment of lengthy RPGs over the past few months, it’s nice to break the mold and relax with a more casual-friendly adventure. As many of you know, KEMCO RPGs have long been a guilty pleasure of mine, and many of their outings have turned out to be pleasantly robust, budget-friendly endeavors. This was my hope going into one of their latest releases, Ruinverse, which I’m well over five hours into at this point. And while it has been far from a bad experience, I can already see some flaws that will undoubtedly haunt me throughout the entirety of the adventure.

Ruinverse is a retro-inspired turn-based JRPG revolving around two childhood friends, Kit and Allie. While both are introduced as relatively ordinary people – Kit essentially being a transporter of goods and services via magic, Allie being a hunter – it doesn’t take long before things go off the deep end. While fulfilling an entirely unrelated request, the two discover a relic that, in short, puts another soul in Allie’s body. Only one of the souls can be present at any time, conveniently switching any time Allie comes in contact with Kit. 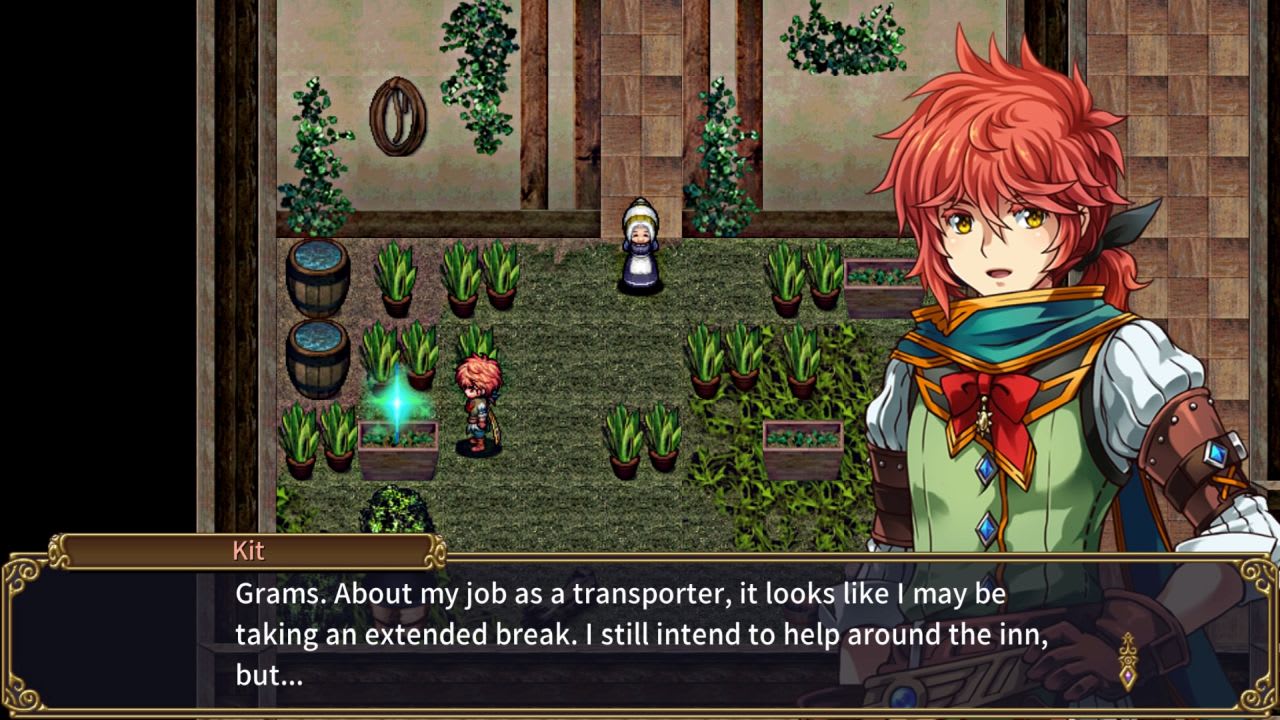 Unfortunately, it is soon revealed that the two souls sharing one body may eventually cause irreparable damage to both entities. Not only that, Kit’s transporter magic is not working properly, and demons that were thought to have been banished centuries ago are once again running rampant. Desperate for answers, two-souled Allie and Kit team up with a strangely obsessive physician (Lexor), a furry conman (Toto), and a dwarven warrioress (Nana) in order to get to the bottom of everything.

So far, Ruinverse feels like the team threw a whole bowl of narrative spaghetti at the wall, just to see what would stick. While this is an all but guaranteed method to making something work, it comes off as a bit desperate, and certain party member’s shticks don’t do it any favors either. Both Nana and Lexor have unhealthy obsessions with Toto and Kit respectively, and while this could be used to some success sparingly, their playful(?) banter is used far too often to be remotely effective. Perhaps things will settle down later on the adventure, but for now, both the multi-threaded narrative and comedic relief feels a bit too forced for my own tastes

Gameplay-wise, Ruinverse runs parallel with most EXE Create adventures, with little to no deviation. Although I haven’t played Miden Tower just yet, I do know that this feels similar to 2020’s Seek Hearts. In that sci-fi adventure, I praised the ease of grinding thanks to both quality-of-life features and a quick three-in-a-row battle option available in most dungeons, and I’m happy to see it return in Ruinverse. Sadly, this tool feels far more mandatory due to some pretty substantial difficulty spikes, leaving the old fashioned method of grinding-as-you-go at a clear disadvantage. This is from the perspective of a normal mode run, mind you, and I seriously can’t imagine how much grinding would be necessary to fell some of the bosses on higher difficulties. 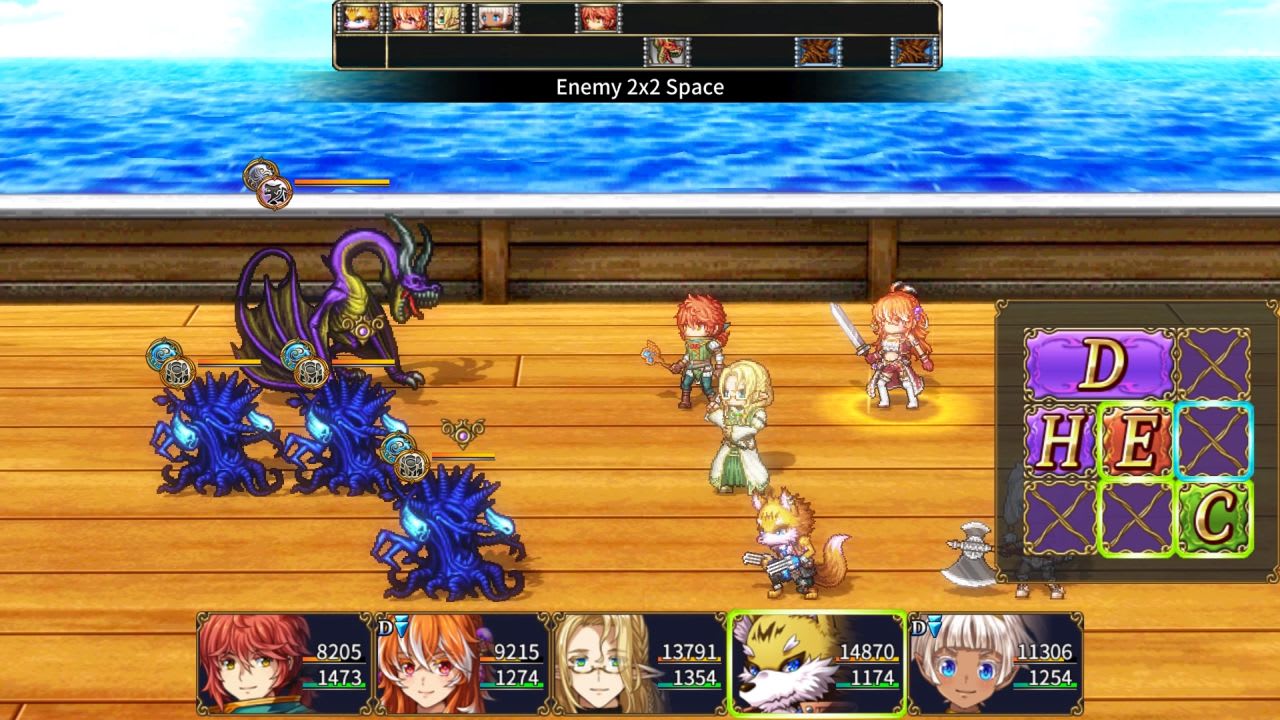 To help combat foes, party members are able to equip an assortment of gear, as well as spend skill points in one of three character-specific trees: physical, magical, and passives. While there isn’t any form of crafting or enhancing gear in this game – a shame, really – new stuff drops quite a bit, and can come with powerful modifiers. The issue lies in the actual comparison of two items, which can really be a challenge when your bags are chock-full of potential upgrades The skill tree also feels a bit unnecessary, as your MP pool (among other factors) will greatly limit the options available to you for quite some time. As a result, you can either bank your skill points for later use, or invest heavily in early skills, but neither has to be a permanent option.

Fortunately, you can reset your skill points at an increasing cost each time. Skill points are rewarded after reaching certain level thresholds, as well as periodically from items, but they can also be harvested from a tree every few in-game hours a little bit later. At the moment, I’m unsure whether the real life aspect of the skill point system is necessary, but these kinds of mechanics have been in virtually every KEMCO RPG, usually in the form of a garden (which is also in this game).

Ruinverse follows the same graphical trend presented in both Seek Hearts and Miden Tower before it – a higher-res version of the anime-inspired graphics that are used in so many of EXE Create’s products. It certainly has some great looking moments, though it still falls victim to the same flaws present in virtually all of their games, notably a lack of variance in map assets, as well as a repetitive (but decent) soundtrack.

Ultimately, and unfortunately, Ruinverse feels like another KEMCO adventure that is neither good nor bad. While the core gameplay loop is serviceable, it seems to be trying to do too many things plot-wise, and is not really excelling with any of its threads. The comedic relief wears thin quickly and really makes you resent certain characters rather than relating to them. The in-game shop seems completely avoidable at this point, but that could always change later on down the road. All that in mind, Ruinverse could very well change for the better as I have more time to invest in it.