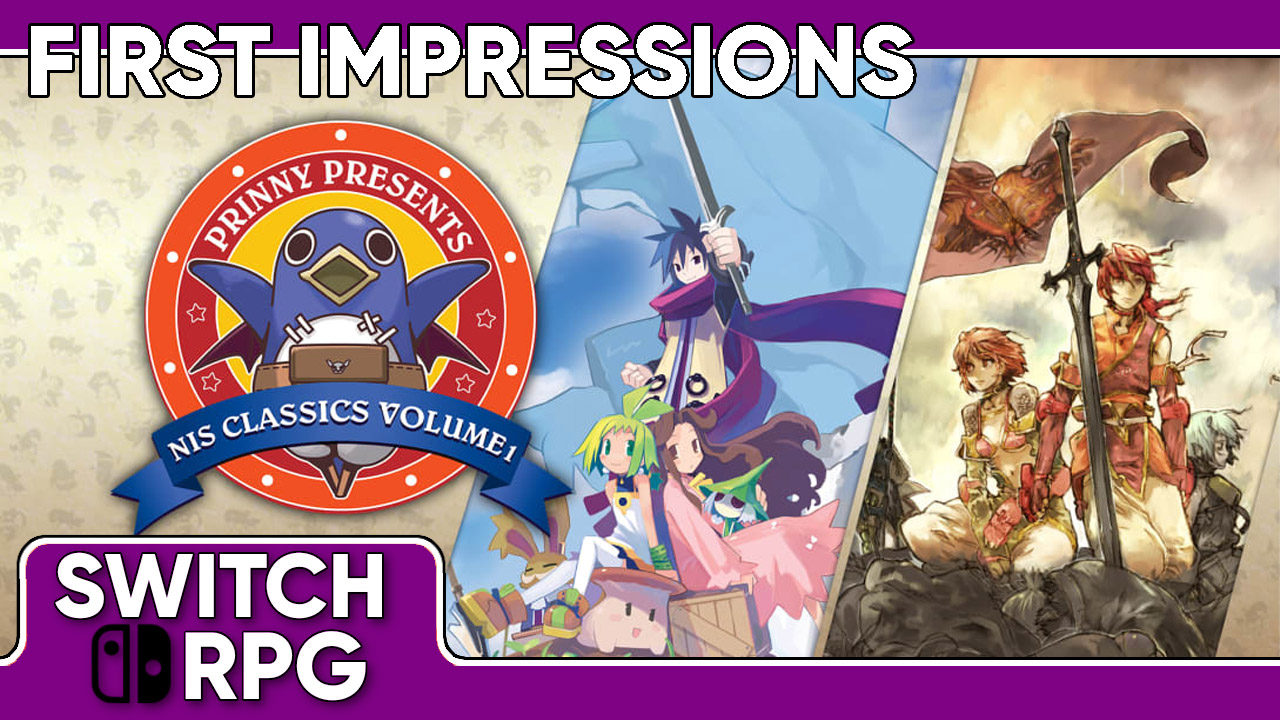 In yet another unexpected announcement, NIS America announced earlier this year that it would be releasing two older Nippon Ichi titles together as a collection titled NIS Collection Volume 1. In this collection would be the following games: Phantom Brave: The Hermuda Triangle Remastered and Soul Nomad & the World Eaters. And as someone who had never had the chance to play either and who tends to like NIS America releases, I was excited to see what this collection held.

Phantom Brave originally came out in 2004 on the Playstation 2 and was eventually remastered and re-released on the PSP as Phantom Brave: The Hermuda Triangle in 2011. The remastered edition of the game is what is available in this collection. It can be a bit tough going into older games, depending on how well the game mechanics and graphics hold up over time. How does Phantom Brave hold up first impressions wise?

Phantom Brave opens right in the middle of an ambush of three characters, desperately trying to escape a horde of monsters. One of them is already injured while the other two are trying their best to make sure they all escape safely. However, it’s not long until they run into the monster known as Dark Eboreus, who kills all three characters without any hesitation. But right before they perish, one of the characters casts an, at the time, unknown incantation before passing away. 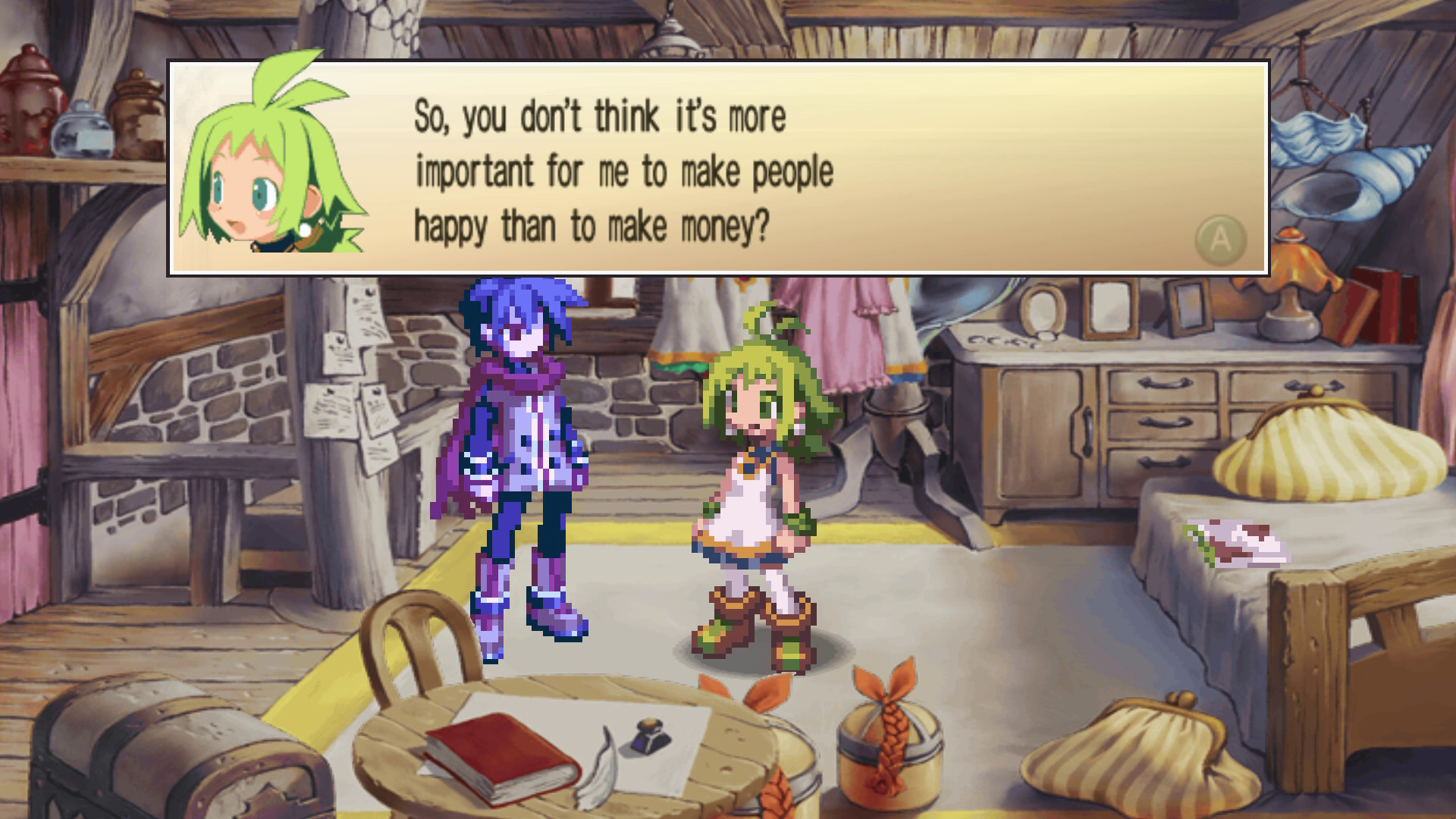 We are then taken to the present with a young girl known as Marona, and surprisingly, one of the characters we saw in the beginning that we thought was dead. This character, known as Ash, is what is called a Phantom. This means that he exists in a realm in-between the living and the dead. Regular people are not able to see phantoms unless they make themselves known. Marona is what is known as a Chroma, or a bounty hunter. With Ash along for the ride, as well as other Phantoms that you can create, you battle through the many levels of the games.

Phantom Brave: The Hermuda Triangle is a tactical RPG where battles take place on a square map. There are no grids or locked movements, so you can position your units anywhere on the map. Each unit has a set number associated with their movement and as long as that number is not zero, you can continue to move your unit across the field. You can choose to attack before or after movement. If you choose to attack, you can attack any enemy within your attack range. Sometimes, you’ll find that you’ll need to move first and then attack, if an enemy appears to be too far away. Once you’re finished attacking and moving, you will need to end your turn for the next unit to move. 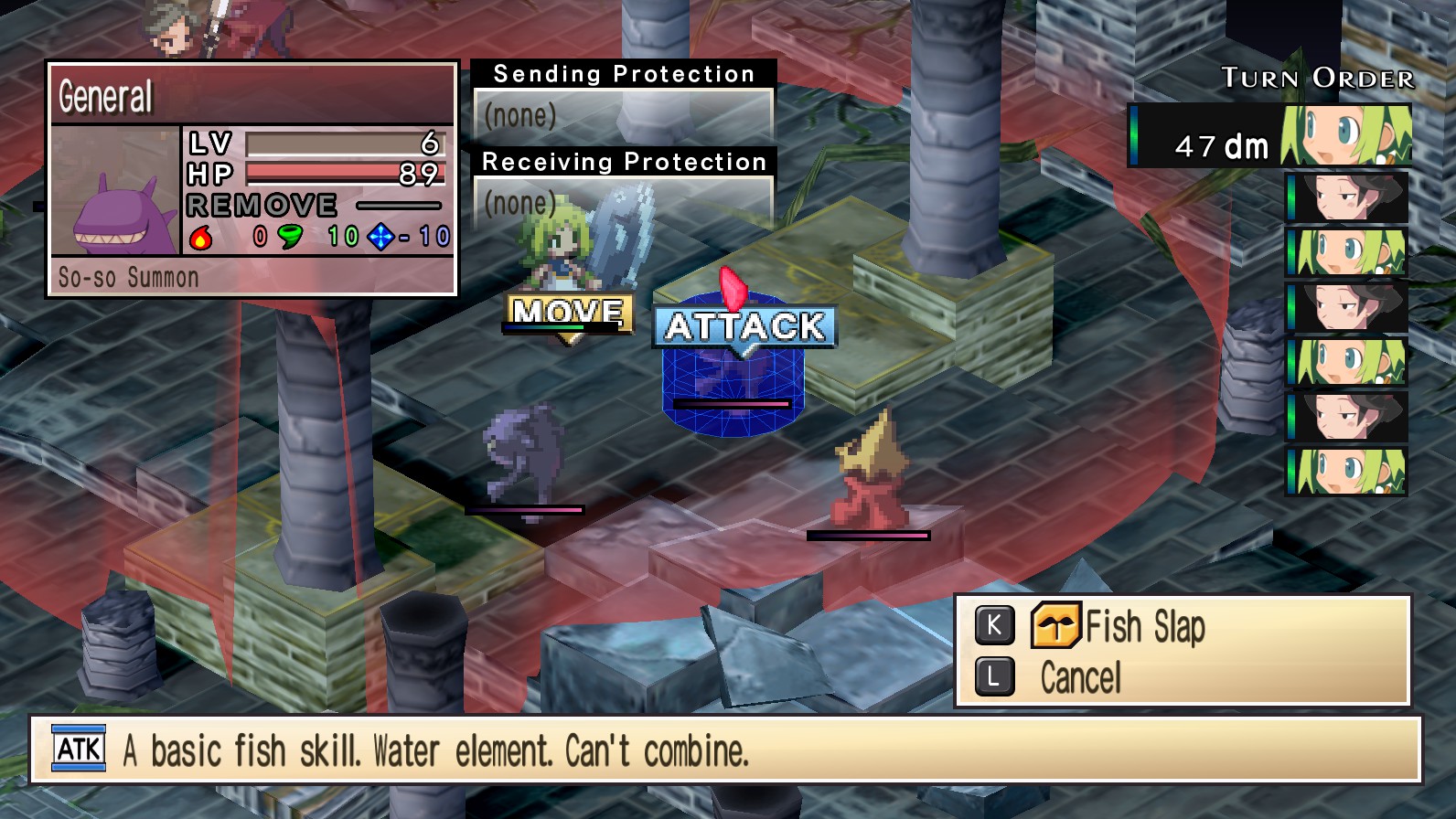 Marona will be your main unit and while you can (and should) level her up to attack, you are better off leveling up your Phantoms to use in battle. Therefore, you will need to make sure of Marona’s Confine ability. In order to summon Phantoms that you have created, you will need to attach that spirit to an item on the map, such as a patch of weeds or a rock. Different items have different stats that can affect your unit. After you summon your Phantom, that character will have a limited amount of turns they can stay on the field before they disappear. Once a Phantom disappears from the field, they can’t be resummoned. So you will need to make sure not to summon all of your Phantoms at the beginning of battle, or else you will only have Marona to rely on to deal damage. 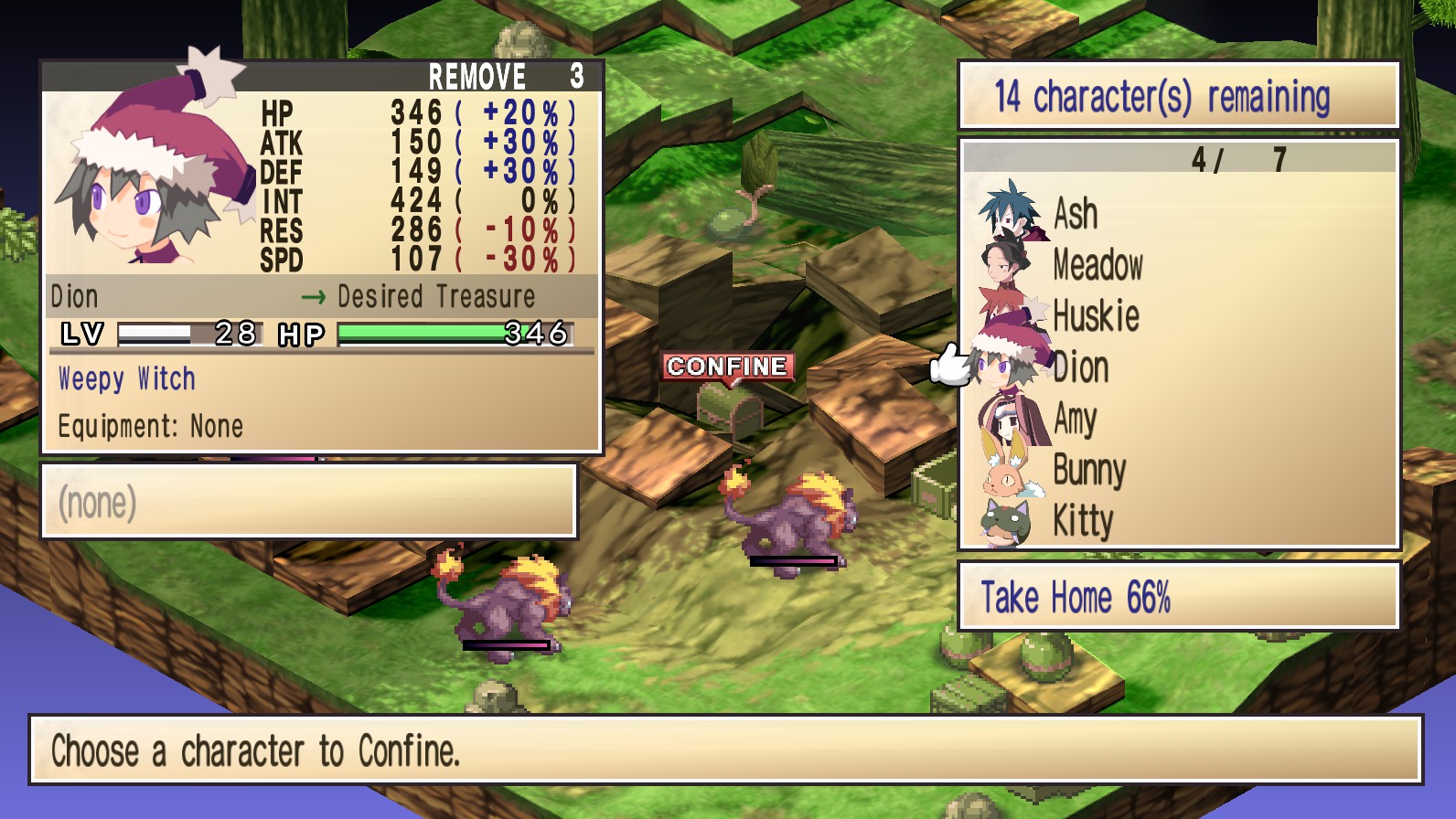 One thing that you will definitely have to keep in mind while creating and leveling up your Phantoms, is that you will need to equip items to them. While you can leave your units unequipped, their damage will not be a lot outside of Ash. Having items equipped, from swords, knives, or even just a patch of grass, you can perform stronger attacks. And down the road, you can power up these items as well, allowing you to unleash stronger attacks.

As your health will not reset after battle, you will need to go back to your headquarters of sorts, which is Marona’s house on an isolated island. From there, you can heal up, create new Phantoms, buy new items, save, and more. However, keep in mind that to perform most actions, mainly buying new equipment and healing, you will need money. Another thing to keep in mind is that there is a limit of 50 items that can occupy the island at one time. This limit includes both equippable items, as well as Phantoms. Anything that is created or collected after that limit has been reached will be added to storage. So on top of making sure you’re not just creating an army of Phantoms, you’ll also want to make sure to manage your items, especially since you can get them as random drops in battle. When it comes to the aesthetic of the game, the game definitely shows its age. The pixel art looks almost muddy, as though the pixels have been blended together a bit too much. The map and UI is also a bit dated as well. The music is charming, albeit nothing to write home about. I would say it’s almost comparable to Disgaea 1, but just a touch rougher.

If there is one way to describe this port as of right now, it would be kind of clunky. I do like my weird niche games, but I do wish that there had been more polish put into this game. Once you get into the groove and figure out exactly what the game wants you to do (creating Phantoms and equipping them with items), it’s not hard to get into a rhythm. But if you ignore that and try to power through, you may find the experience overall frustrating. Otherwise, Phantom Brave: The Hermuda Triangle seems to be a clunky but interesting game so far.