Pine is an absolutely fascinating, unique, and extremely fun game to play. It’s too bad the game is absolutely not ready for prime time and is filled with so many bugs that just drag the entire experience straight into the gutter. If you’re already playing it, you’ve likely ran into a few of these issues or will in short order. It’s for this reason that we’re choosing to write a shorter Libra article instead of a full review. We’re all fans of games here at SwitchRPG, and waiting this one out seemed like the logical choice. I really want Pine to succeed in the end.

Throughout my time with Pine, entire villages and enemies pop in and out, disappearing at key moments when you need to talk to an NPC in order to finish a quest. I’ve even gotten stuck inside objects as they unknowingly pop in beneath me. There’s more than enough other smaller, yet still highly annoying, bugs as well. In fact, I can no longer continue the main quest line until they resolve some issues, as I can’t enter an important area that never loads. Enough of the negatives, though- let’s talk about why I’ve binged through what I think is the majority of the main storyline in just a few short days. 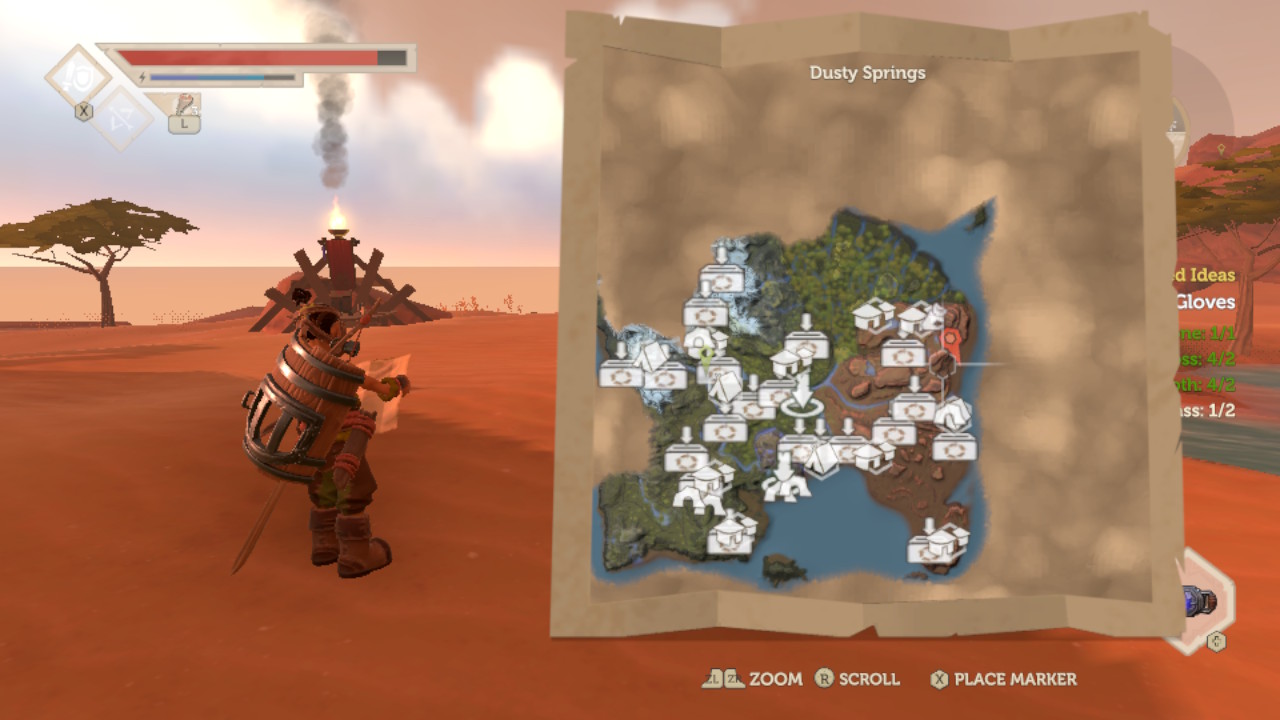 Pine has a large open world that quickly becomes a “do as you will” sandbox. You’re free to roam as you please, which leads to all sorts of fun and hilarious situations that can only happen in games of this type. Pine succeeds in this much the same way that Zelda Breath of the Wild did. I found myself easily distracted by side quests, obtaining just one more ingredient for that recipe, or a simple, “Hey what’s over there!?” curiosity. I think Pine absolutely nailed the open-world aspect of the game, even though it might feel a tad empty in some areas. This is the least of my concerns at this point. 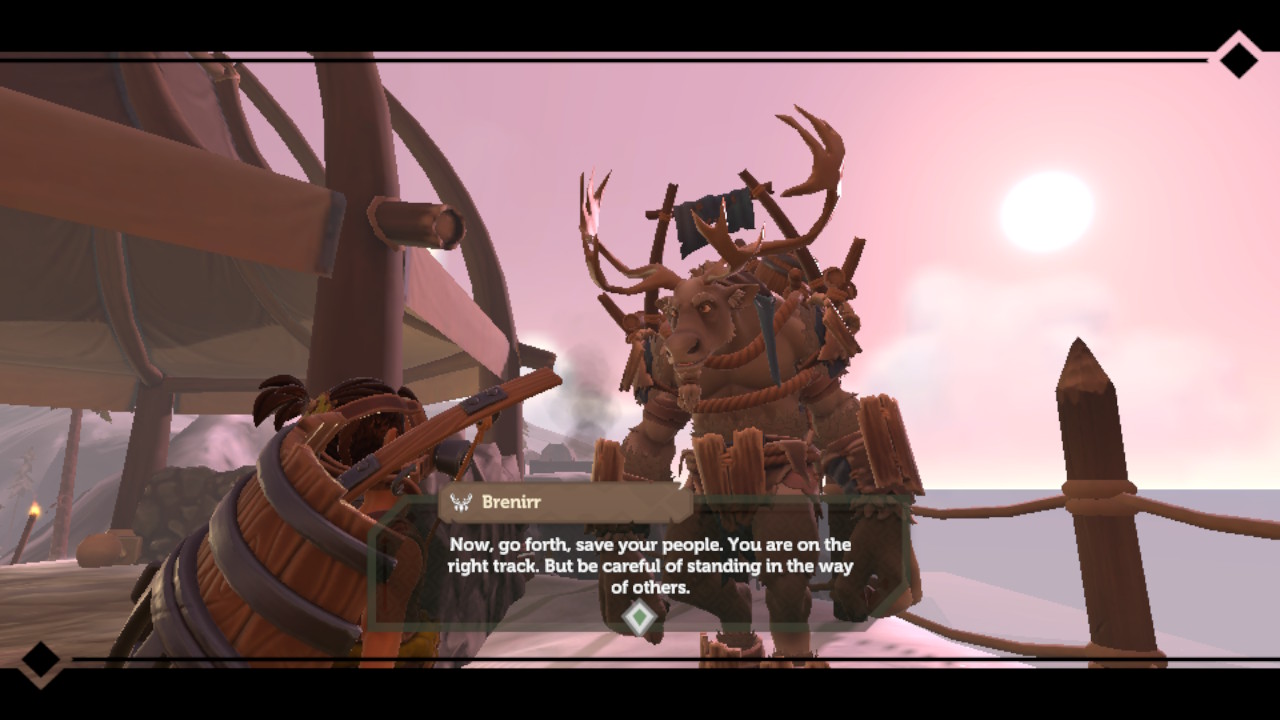 The expansive world of Albamare is filled with 5 unique species, each with their own look, behaviors, and territories. One of the more unique aspects of Pine is how these species live in and interact with the world and other species around them. Species assign roles to their inhabitants. You’ll find gatherers out roaming the roads farming resources, guards defending their villages, and traders manning their shop stalls. There are even consumable items that you can trade or donate to each species to leave a positive or negative impression. It seems quite extensive at first glance, but I’ve yet to determine if it actually makes a large difference. I hope Twirlbound gets the chance to make the Pine they originally envisioned when they launched their Kickstarter campaign, as it describes mechanics and items that are not currently in the game. But firsts things first: Pine has to run with a nominal level of success on the Nintendo Switch. 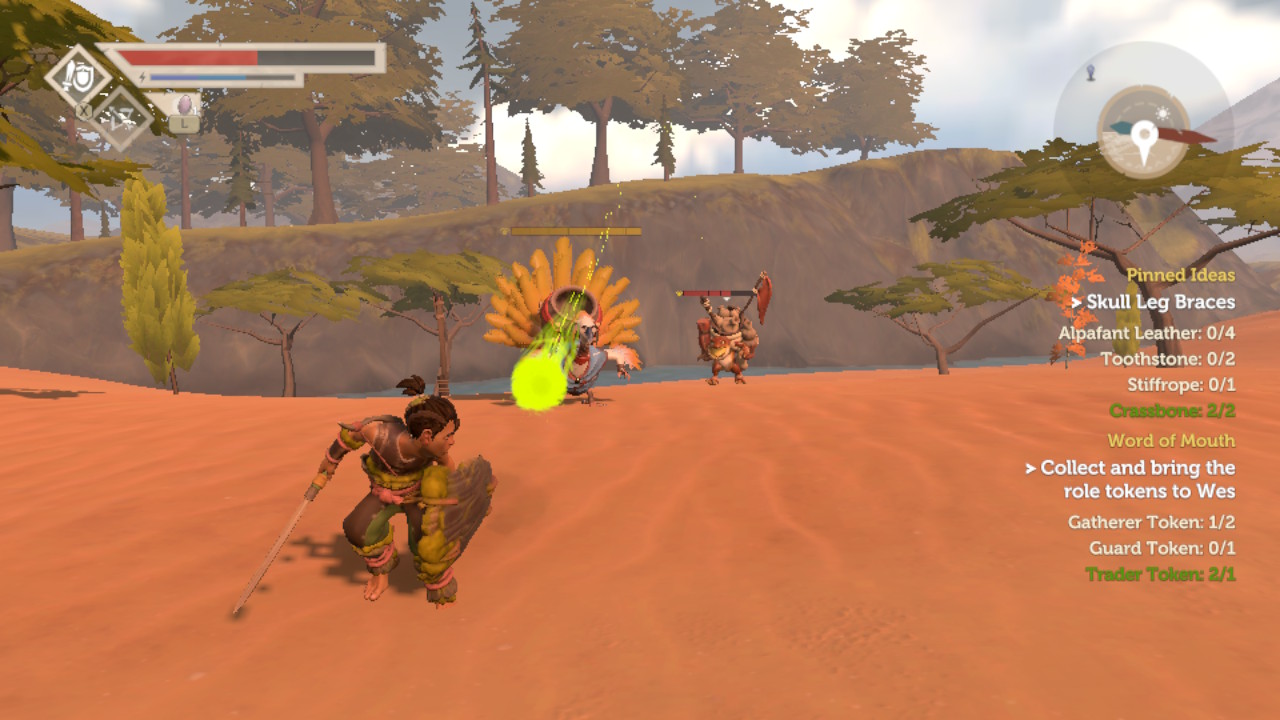 Each species can either like, dislike, or remain neutral against any other species, including the player character. This makes for some interesting encounters while out exploring the world. Warring tribes will fight each other if they encounter each other and you’re free to enter the fray as you see fit. You might bite off more than you can chew if both of the species dislike you, however. Throw in explosive barrels, tripwires, raid flares to call in friendly species for assistance, and an assortment of unique arrow types and you have a fair amount of possibilities at your fingertips. There’s a slew of other interactions that are more fun to discover yourself rather than read about here on SwitchRPG. 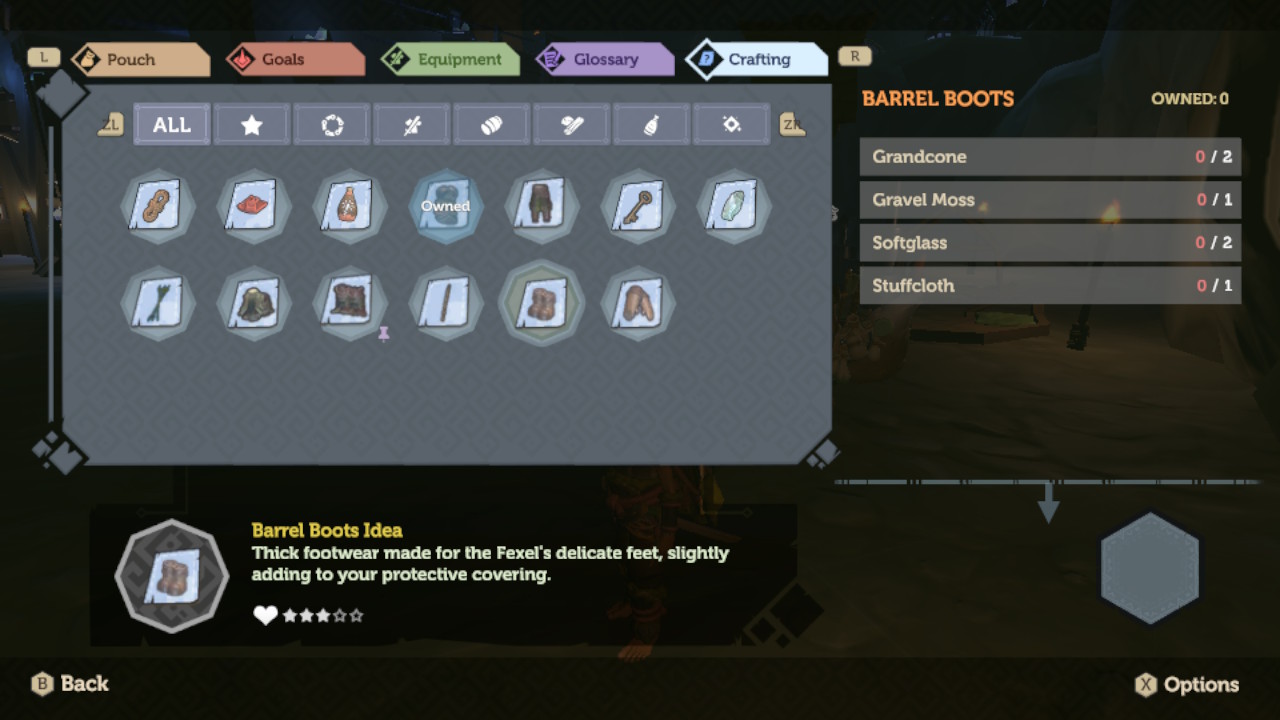 Pine is filled with crafting recipes called ideas. Everything from arrows, armor, bows, swords, and other ingenious consumables can be crafted if you have obtained the idea recipe for it. With crafting comes collecting, which can be as interesting or as boring as you would like it to be. You can choose to roam the countryside for hours, seeking out the correct place for that one ingredient, or you can take a… heavier handed approach by attacking traders from another species and stealing the wares they worked so hard to gather. Full gear sets have set bonuses that make seeking out and crafting the new idea recipes quite tempting.

I hope Pine gets the attention and love it deserves. It’s the start of a truly great game, but it’s simply just not there yet. I’m not sure if Twirlbound bit off more than they could chew, if there were publisher issues, or even if there were Kickstarter demands and issues- We may never find out. I’m sorry to say it, but the Nintendo Switch version of Pine is not in any state for anyone other than bug hunters to play right now. Hold off for now, and stay right here at SwitchRPG for the full review once Pine is in a more appropriately playable state.

+1 this whole thing. There’s a game under here that’s excellent, but much like the disappearing village glitch, you can’t always see it.