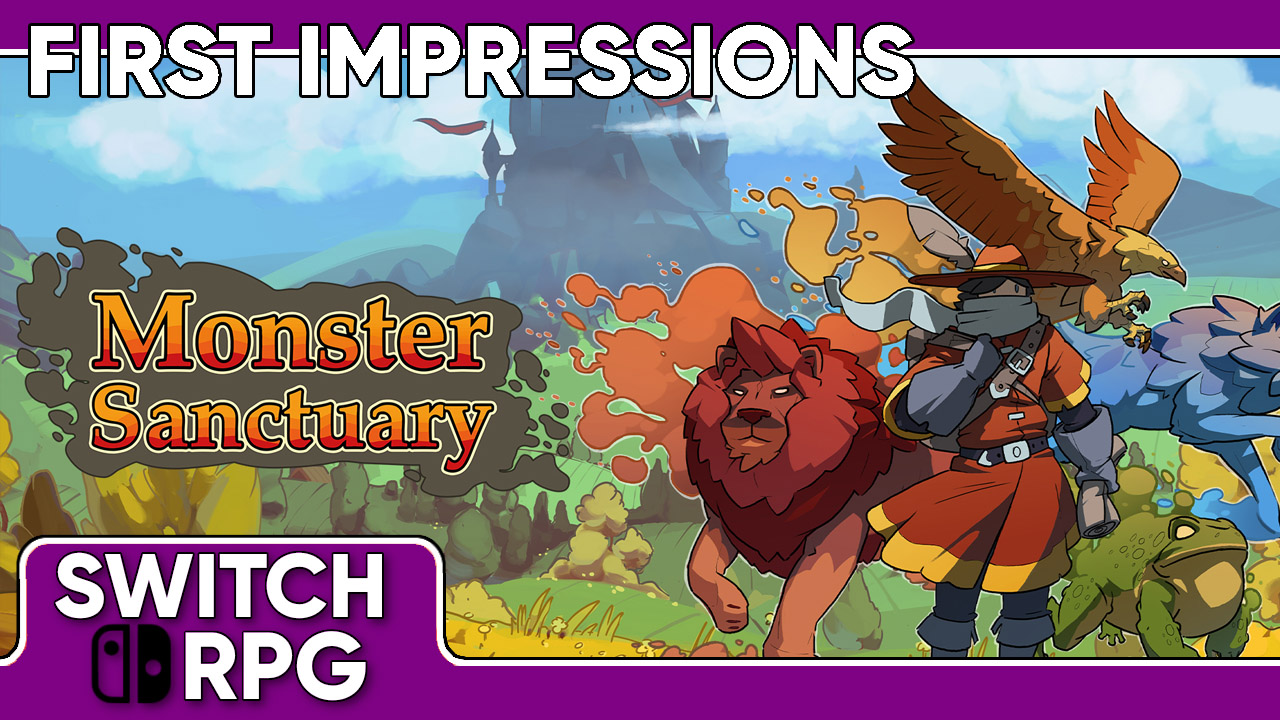 What do you get when you combine monster collecting with a metroidvania experience? Apparently, a really fun game! Monster Sanctuary has long been on my watch list for a long time but I am still surprised at just how enjoyable this game is! 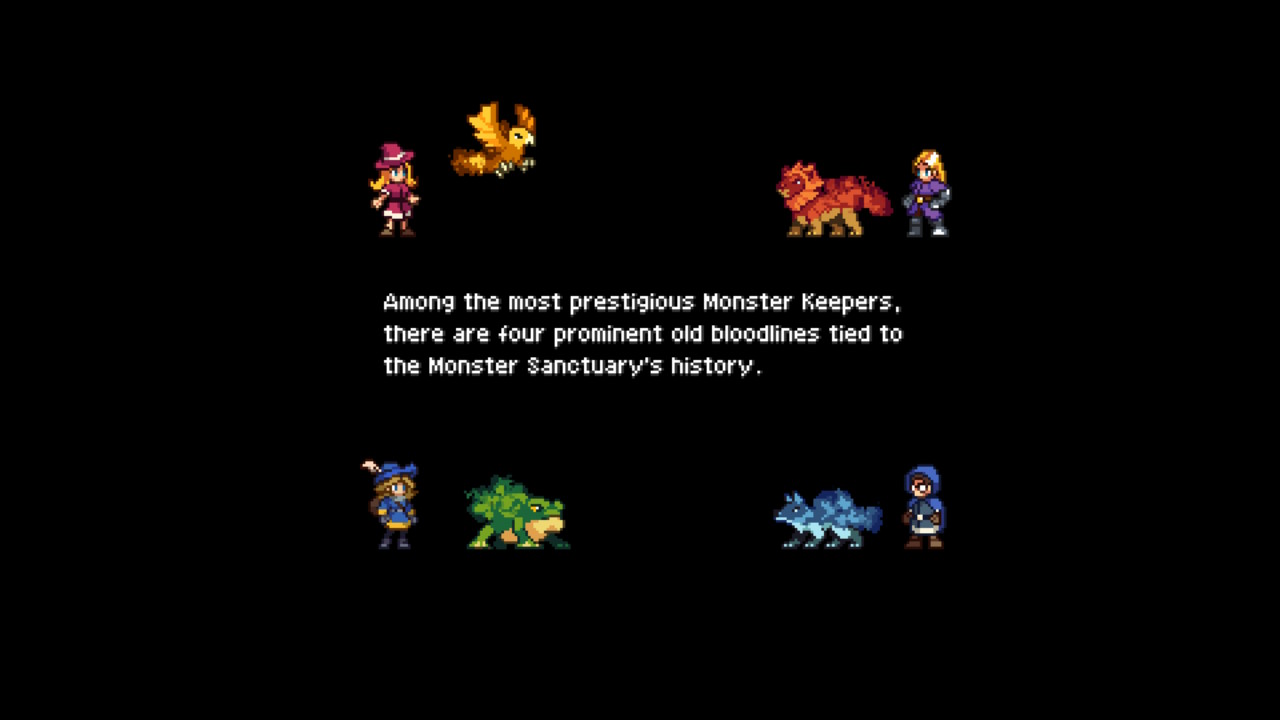 In Monster Sanctuary, you come from a family of Monster keepers. At the beginning of the game, you choose one of four Spectral Familiars (ie. your starting monsters) who are ageless protectors of certain bloodlines – including yours. With your Spectral Familiar by your side, you begin learning the ropes of how to become a Monster keeper yourself. Then, mysterious evils begin to infiltrate this world and you embark on a quest to save the Monster Sanctuary.

As you battle monsters, you are sometimes able to find an egg of the monster you defeat. If you choose, you can hatch the egg to collect and train the monsters to be one of your own. While each monster can, of course, battle other monsters, they also each have special abilities to help you in the overworld. Some monsters can knock down fragile walls, others can help carry you across distances. Using these abilities allows for more and more of the world to be opened up to you, and adds a small bit of puzzle solving elements as you learn how to effectively use each type of monster. Additionally, your monsters each have skill trees. As they level up, you can assign different skills to your individual monsters to be able to design your best combinations of monsters. You can only have a few monsters in your active team at a time, and only three are able to enter battles. Therefore, carefully deciding which monsters should have which combinations of skills can be greatly beneficial to your strategy. 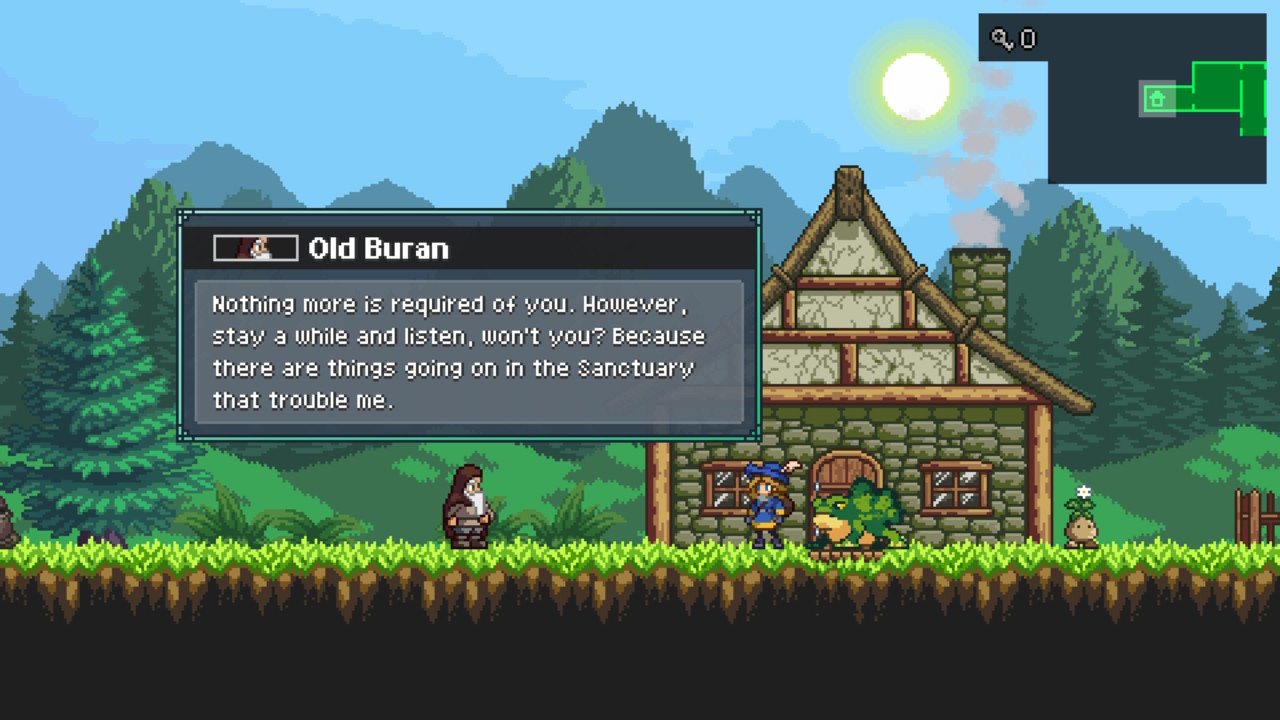 The graphics and visual effects in the game are a very pleasant ,SNES-like pixel quality, with good colors and artwork which really plays up its strengths. The sprites of the monsters themselves are adorable – I could easily see plush toys being made of all these monsters and that being delightful!

The gameplay itself does seem to drag a bit, however. The battles can become increasingly long which becomes fairly tedious at times and in order to level up your desired monsters there is a bit of grinding that needs to happen. If you are a fan of min-maxing and researching game mechanics and systems, there is plenty of that to be had in this game. However, for people (myself included) who are not as fond of spreadsheets, you do not have to spend a huge amount of time on this aspect. Granted, if you did min-max, then the battles may not take as long for you as they have for me.

I still have a lot to explore in Monster Sanctuary. I can see this becoming a game that I spend a considerable amount of time in. I have not even touched the online player vs player aspect of the game yet, nor have I gotten beyond skimming the surface of the story. Watch for my full review at a later date. For now, it is safe to say that this is a game that absolutely justifies a closer look.