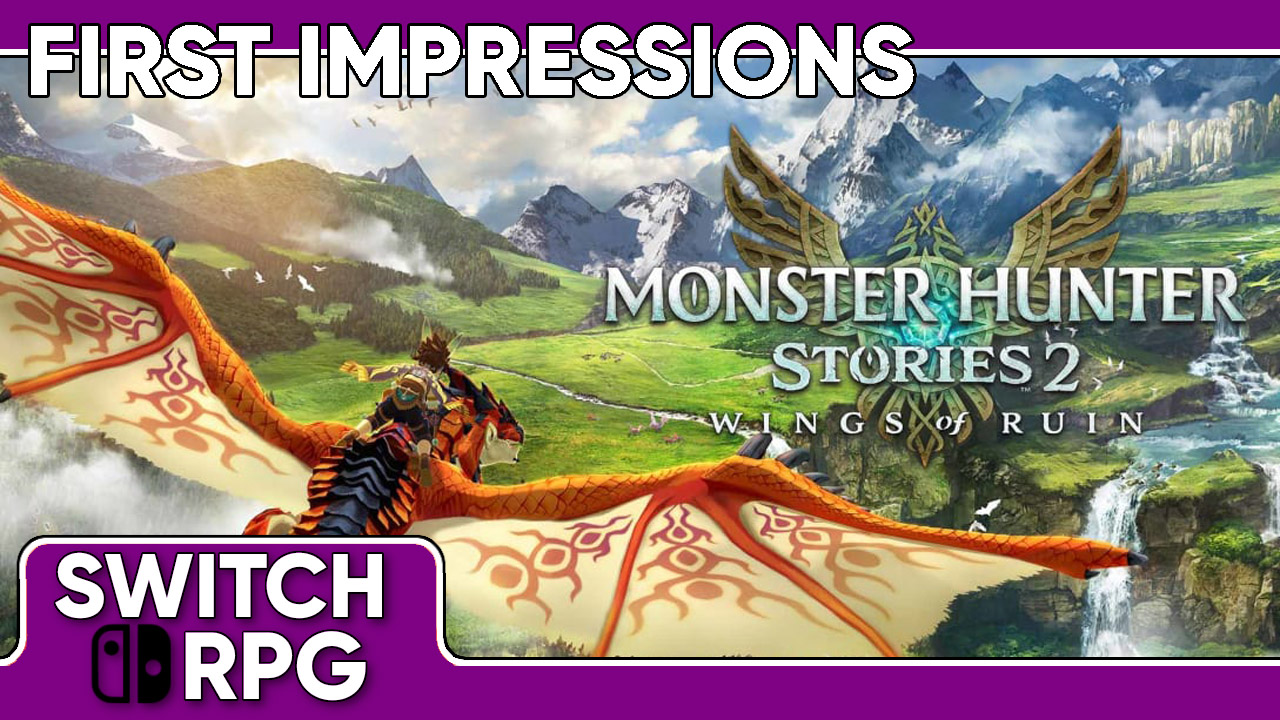 You know those franchises that all your friends rave about that you can’t ever seem to get into yourself? That’s me with the Monster Hunter series. While I haven’t played every title in the franchise, I have given both mainline entries available on the Nintendo Switch a fair shake, and neither of them managed to impress me much. However, I do enjoy turn-based JRPGs, and the fact that the spinoff Stories series touted as much, I decided to give it a try. And you know what? I’ve been really surprised at just how much I’ve enjoyed it! While this game already has some glaring flaws just a few hours in, I’m still having a good time overall. 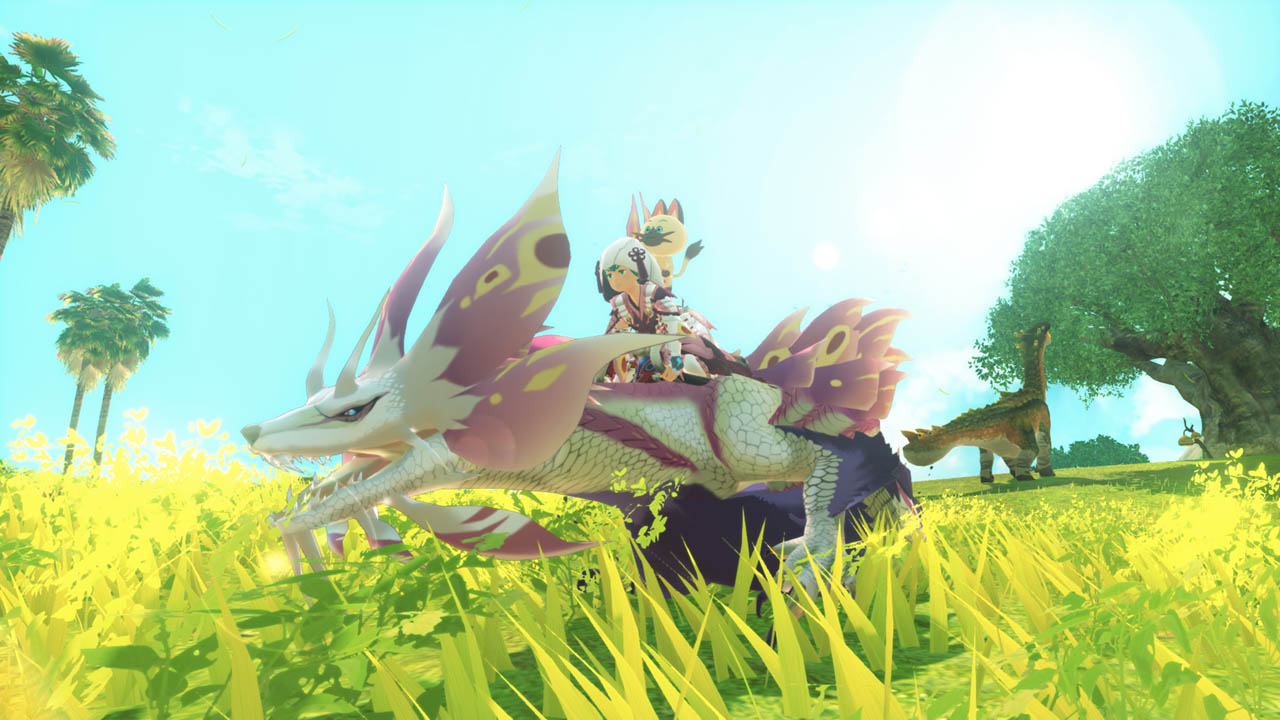 Monster Hunter Stories 2: Wings of Ruin is a turn-based JRPG that is a followup (but not direct sequel to) to the well-received 3DS game from 2016. Although it shares many similarities to its mainline counterpart, the turn-based nature of its combat – and seemingly heavier emphasis on the narrative – makes for a completely different experience. The player assumes a customizable fledgling “Rider” – a monster tamer of sorts that still battles monsters but also befriends them. When the local monster deity goes AWOL, the green-eared Rider sets off to investigate the matter, which ultimately leads them to uncovering more about both themself and their forebears.

There are a plethora of activities to engage in that all conveniently tie into one another. While traveling the world, the player can battle monsters, gather materials for crafting, and dive into various monster dens for loot and – more importantly – monster eggs. With the latter, the player can return to a town and hatch them, and each and every monster (even those of the exact same species) can vary slightly in quality and genes (aka active/passive skills). Eventually, you are able to transfer a gene from one monster to another, and additional synergies can happen if you end up aligning specific elements together.

Combat revolves around a paper/rock/scissors-esque style of play, where there are definitive, hard counters between three distinct attack types: power, technique, and speed. Selecting an attack type that a monster targeting you is weak against will deal additional damage, and generally cancel whatever attack they had in queue for that round. The same can be done to the player – picking an attack type the targeting enemy is strong against can result in them dealing additional damage to you, and cancelling your attack. However, picking the same attack type will result in both parties taking normal damage. 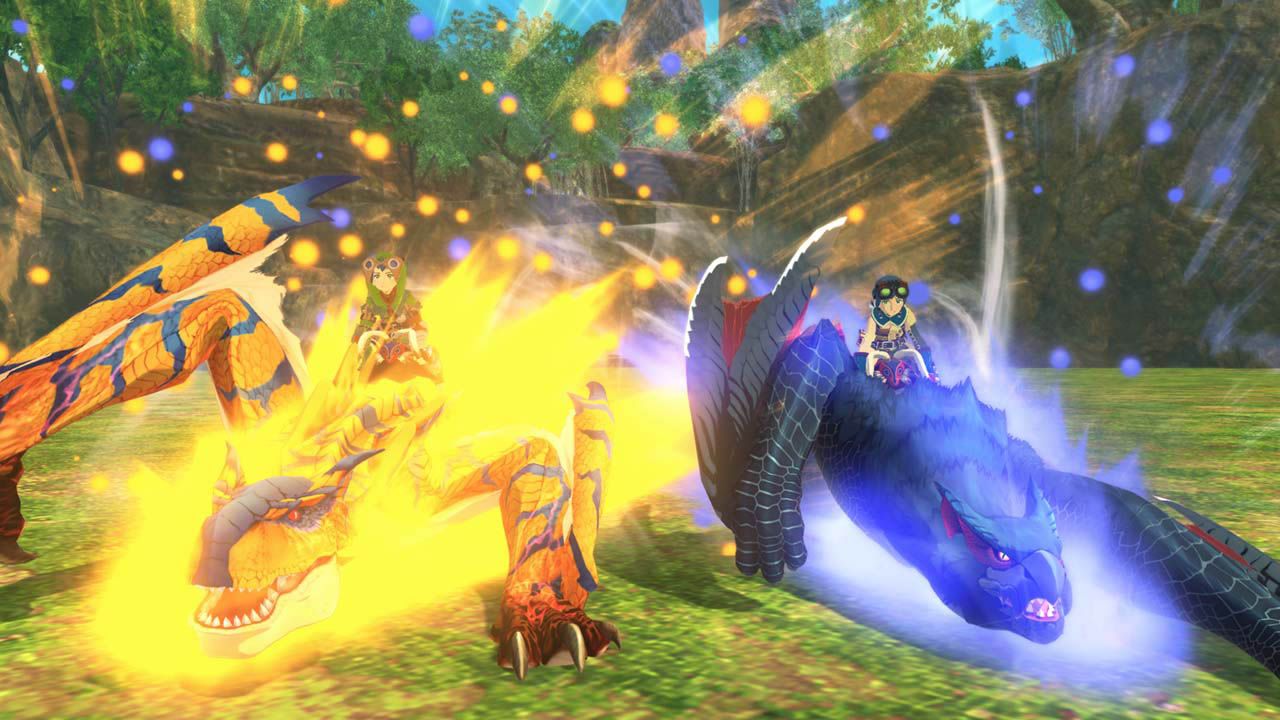 Monsters on both sides of the field have their preferred attack types, though it isn’t a hard-set rule in either case. Dealing damage (and especially breaking parts and limbs) can result in an enemy going berserk, and selecting different attack types than they normally would. Player-controlled monsters will also occasionally select an attack type that they aren’t known for. Moreover, the player can swap between a set of three weapons and five active monsters each turn in order to better suit the situation at hand. When considering everything, there is a surprising amount of nuance to what could have easily been a rather boring rock/paper/scissors affair.

Like the mainline games, Monster Hunter Stories 2: Wings of Ruin very much encourages gathering and crafting. Various minerals, foliage, and monster bits can be combined into all sorts of weapons, armor, and supplementary goods. There is a wide array of weapon and armor types that will cater to specific objectives, and all of these will change the way your character looks in-game. And speaking of visuals, Monster Hunter Stories 2: Wings of Ruin features solid visuals that are championed by some nice looking cel-shaded sprites. That said, it is perhaps too ambitious at times, suffering tremendously in the performance department as a result. Loading times are frequent, and much longer than they probably should be.

All in all, Monster Hunter Stories 2: Wings of Ruin has been a surprisingly enjoyable ride so far. If you like turn-based RPGs in general, or have always been interested in the mainline series but have never found your stride there, definitely consider giving it a look. Come back in a few weeks for a full review of the game by Kierra!