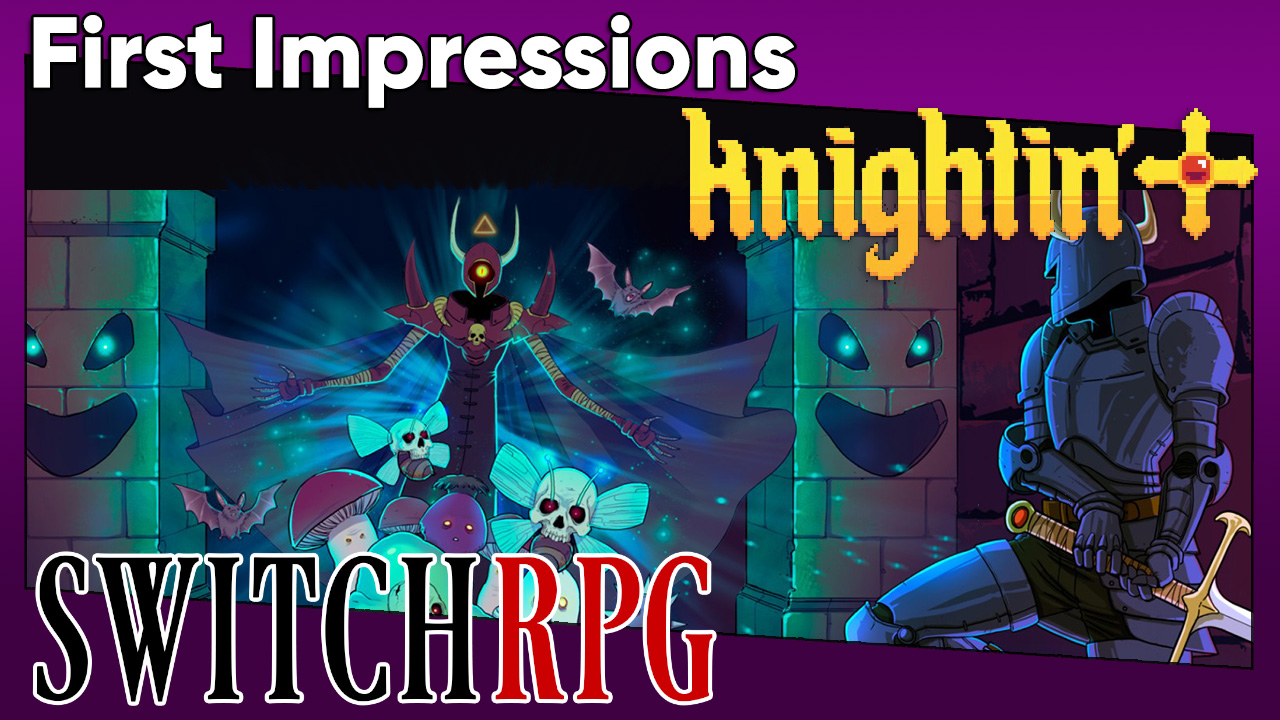 The Zelda is/isn’t an RPG debate will continue to go for ages (even though it’s definitely not– ed), but a new Zelda-lite inspired dungeon crawler has hit the eshop. Knightin’+ is the latest game from Muzt Die Studios, published by Ratalaika Games on Switch. 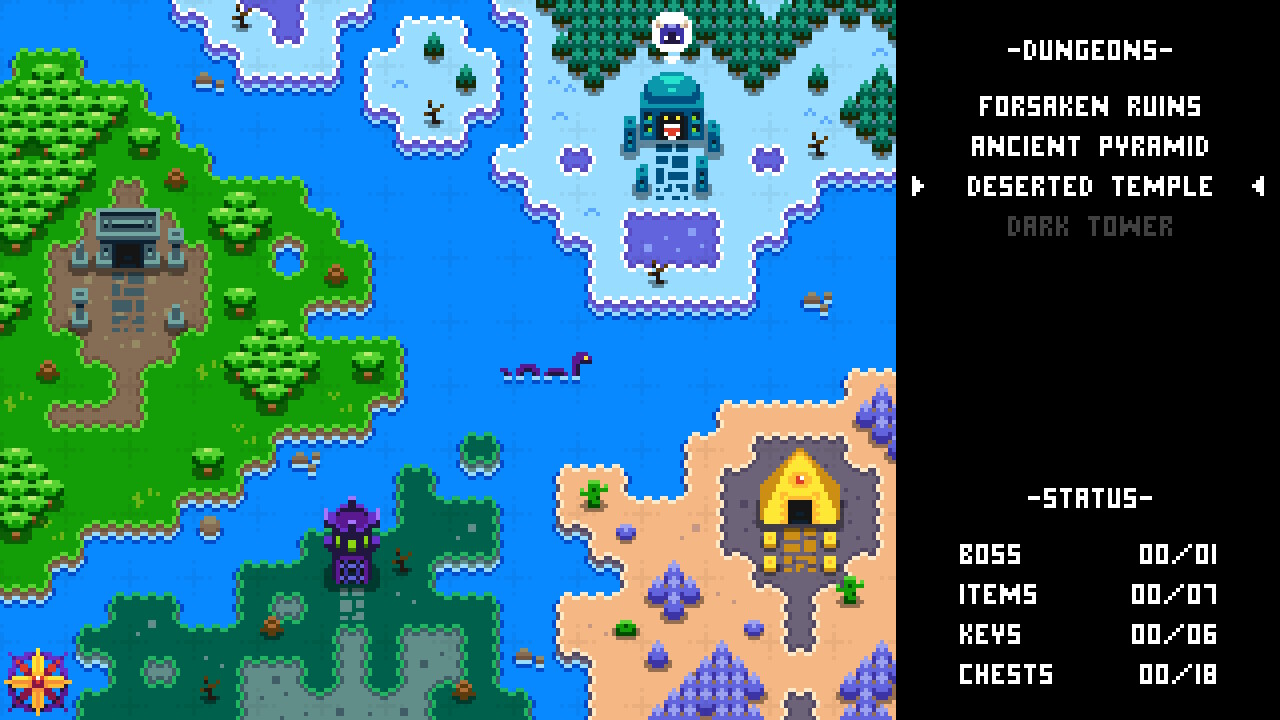 You take control of Sir Lootalot as he embarks on a quest, which will find you exploring and conquering dungeons filled with traps, puzzles and magical artifacts. There isn’t much to the story, as the game openly pokes fun at itself with claims like, “do people even read this stuff?” A simple slide sets the tone for the game, and Sir Lootalot is on his way to tackle the four dungeons the realm has to offer. 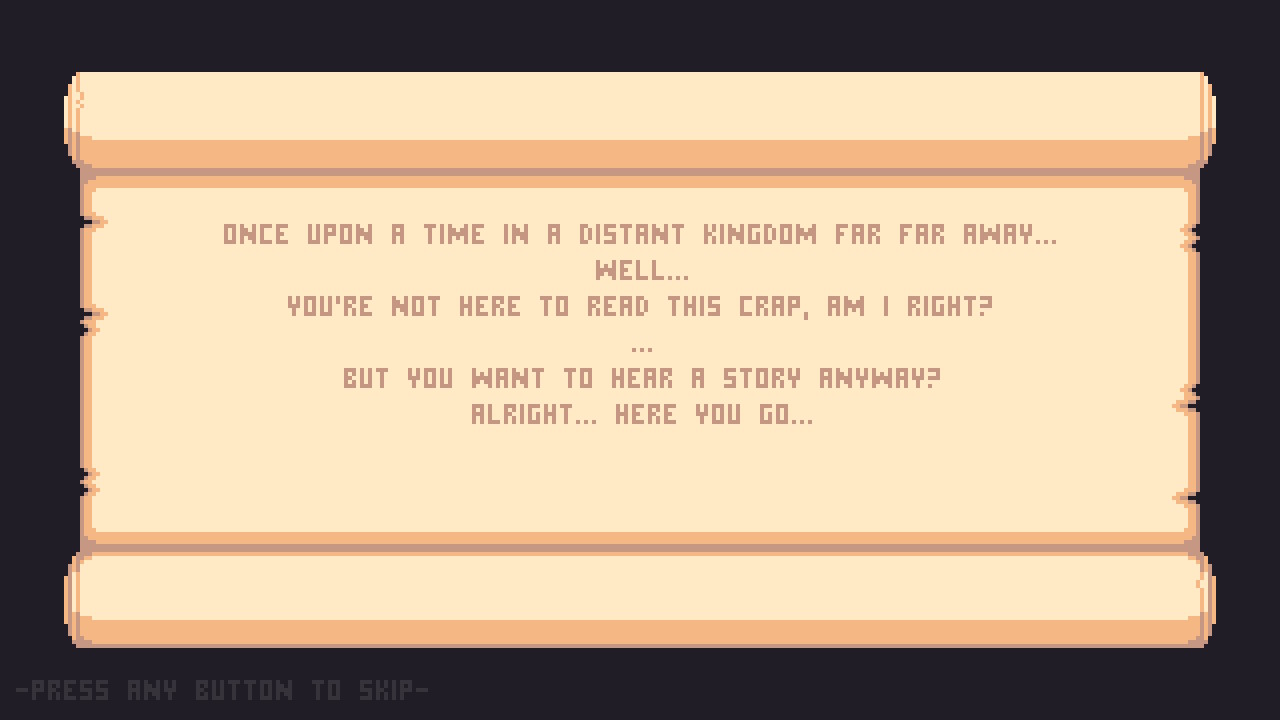 The first dungeon you embark towards is the Forsaken Ruins. Each dungeon is broken up into multiple floors that you must navigate to eventually face off with the dungeon’s boss. While each dungeon follows a similar formula, each iterates on itself by adding more layers to the navigation and puzzle solving. The first dungeon has spikes that need to be avoided, where later on in the 3rd dungeon you’ll have to deal with movable block puzzles and teleportation spots. Combat also evolves from just hitting enemies with your sword to obtaining to ability to dash, hit them with wand projectiles, reflect their projectiles, and even use your upgraded sword’s charge ability to break shields. Each dungeon has their own respective theme and enemy variety, as well. The first dungeon sets the tone of gameplay, focusing on learning how to explore and navigate, as you are required- and will continue- to traverse each dungeon’s many floors to acquire the items and keys needed to reach the boss. 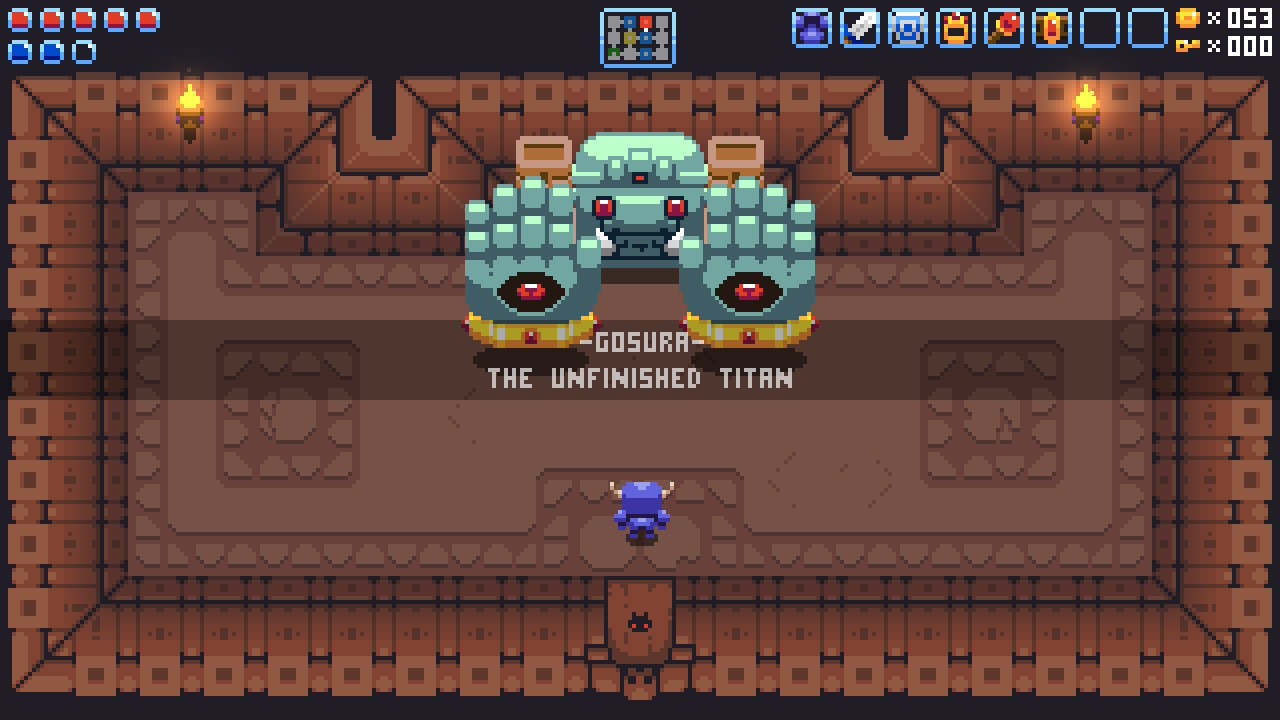 While Knightin’+ is heavily inspired by Zelda, you won’t be exploring the world and towns or talking to NPCs (save the shopkeeper), as all your time is spent in the dungeons focused on combat, exploration and puzzle solving. There is a world map, which is is used to display your progress in each dungeon, but it also shows where each labyrinth is located within the realm. The game uses stylish pixel art that one might expect to find in a 90’s inspired Zelda game, and the soundtrack is suitably strong. 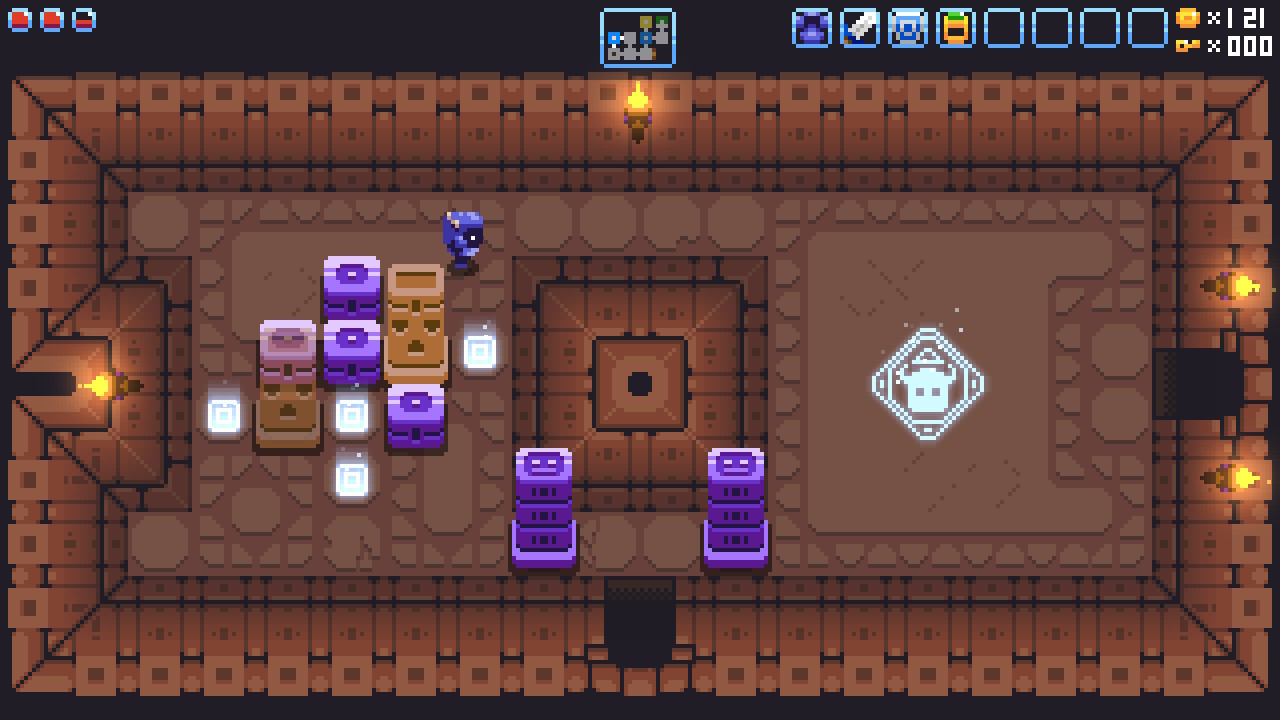 At time of this writing, I am on the 4th dungeon and have acquired most of the items and keys from each. I imagine it will take me about 3-4 additional hours to complete the game. If you really enjoy the dungeon-crawling aspects of the NES or SNES Zelda games, then Knightin’+ is a well executed and focused adventure worth checking out.

Picked this up after seeing you were playing it and hearing your thoughts in Discord. As usual good suggestion. Certainly not for everyone but it scratches the Zelda-like itch well.