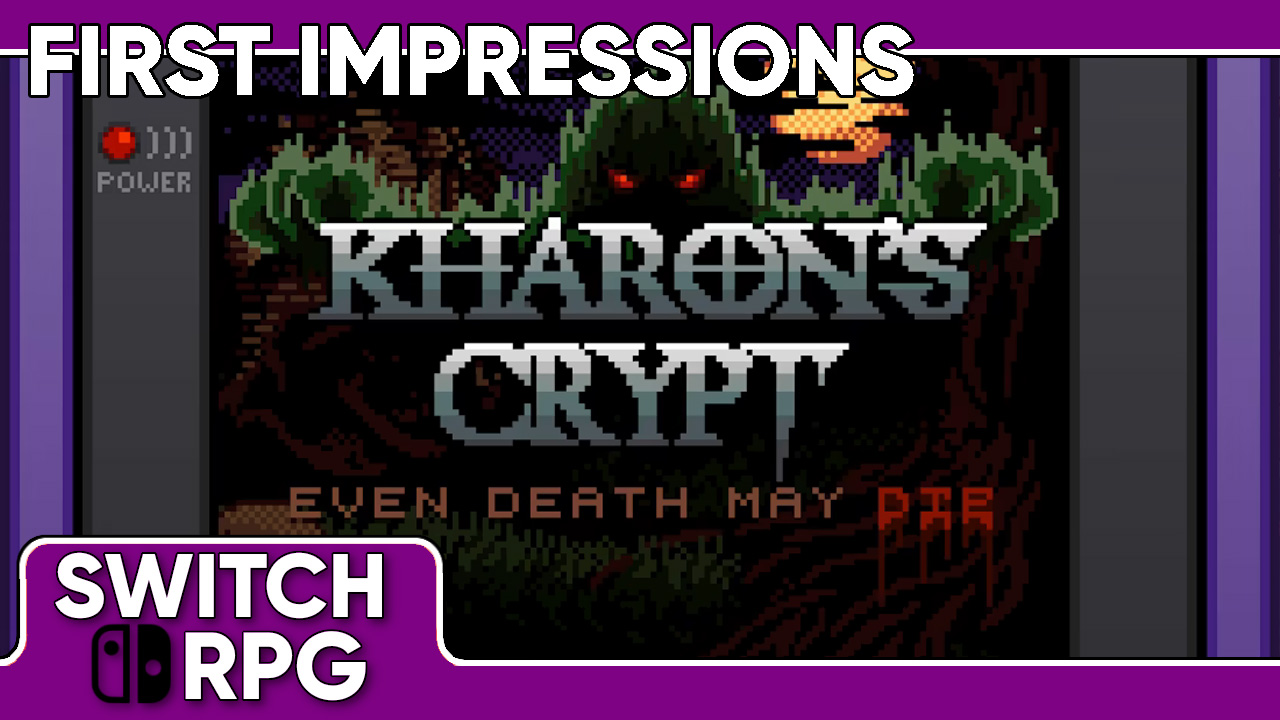 What do you get when you mix together classic Legend of Zelda dungeon crawling, monster possession mechanics, and a horror aesthetic? You get a game called “Kharon’s Crypt – Even Death May Die,” created by the European studio, Andromeda Project. So far, this game has delivered on its promise to combine 2D action / adventure with a Dark Souls aesthetic and difficulty, though I wouldn’t say the game is quite as hard as players might assume based on that marketing. What Kharon’s Crypt does manage is to perfectly blend it’s gameplay and story elements into a cohesive experience that is both immersive and engaging.

The narrative backdrop to Kharon’s Crypt is about as dark as they come. When a medieval king decides he wants to reign forever, he turns to powerful blood magic to capture the spirit of death itself. Trapped in an enchanted urn and buried in a dungeon deep beneath the ground, the spirit waits as the rituals used to capture him and keep the king alive corrupts the kingdom. Finally, many years later, an earthquake breaks the urn and releases the spirit back into the world. Now, it must find a way to escape the dungeon, which is now infested with dark creatures corrupted by the blood magic’s influence. 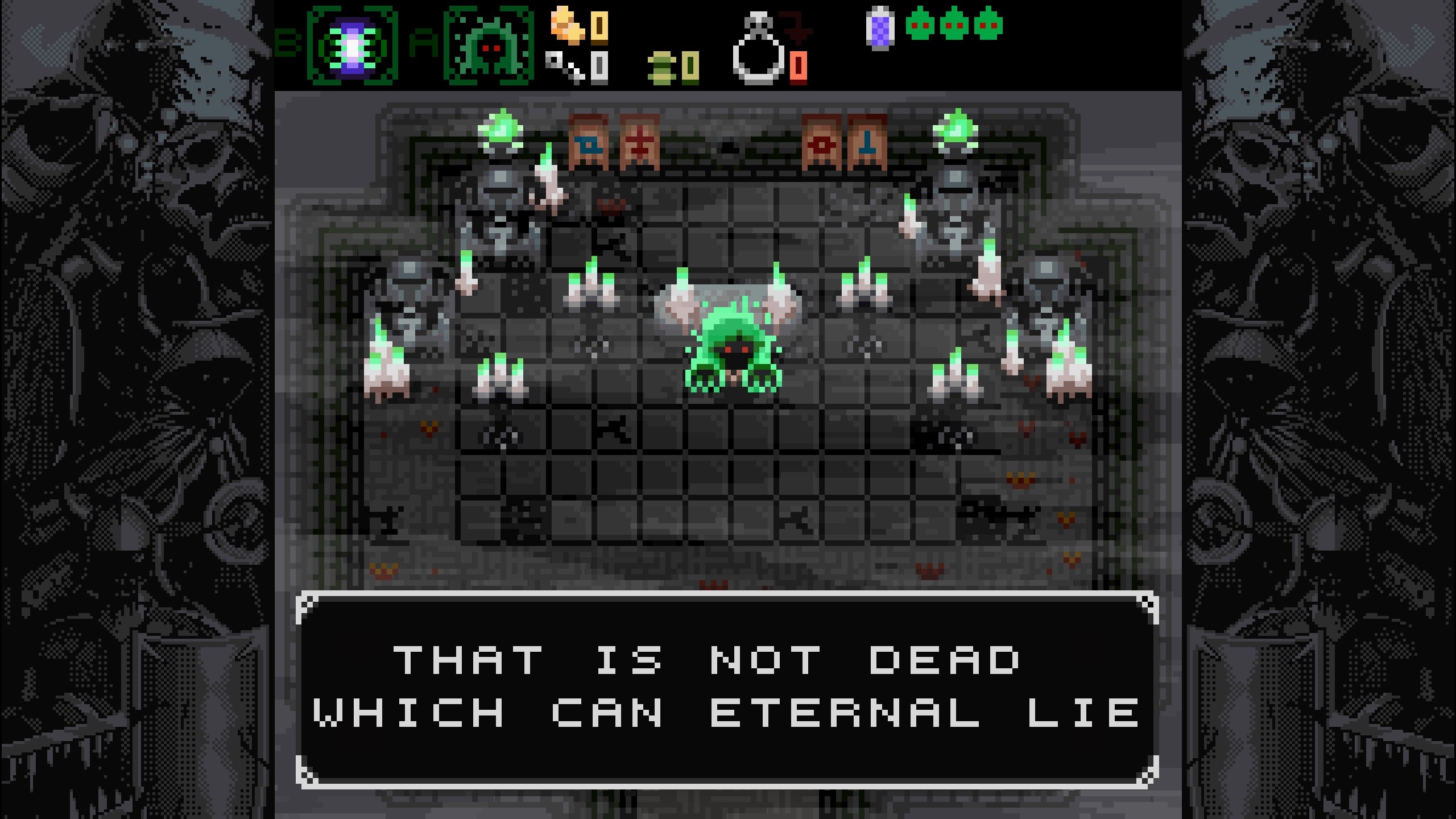 The spirit comes with its own health bar, separate from the bodies it possesses. Switch between various bodies and the spirit itself to progress.

Once this initial backstory is explained, the player is left to control the spirit and guide it through numerous puzzles, traps, and combat encounters to escape the Zelda-esque dungeon. With no corporeal form, the spirit cannot open doors, collect equipment, or interact with puzzles without first possessing the body of a creature within the dungeon. Each creature comes with its own abilities, strengths, weaknesses, and lifebar. You can use bats to fly over pits, rats to crawl through tight spaces, or humanoid creatures like skeletons or cultists to wield weapons, open doors, and solve puzzles. Every two floors of the dungeon serve as an interconnected mini-dungeon, with special items to collect, keys to find, and a boss to vanquish.

The gameplay here is well executed and balanced, with an old-school difficulty that’s just hard enough to feel like a real challenge, without ever leaving you angrily throwing down your controller in frustration. The dungeons are also very open ended, with plenty of little secrets to find and powerups to collect. The game does provide one or two ways to know where your next objective may be, some subtle, others more obvious. First, players who are close to the next critical item or event needed to progress the dungeon will find a few gold coins sitting outside the doorway to the next room, like a trail of breadcrumbs. In addition, checking the dungeon map will sometimes reveal a red exclamation point over a room required for progression.

This “trail of breadcrumbs” also plays into the storytelling that occurs throughout each dungeon. While specific story interactions are few and far between in actual gameplay, you may discover special scrolls in each dungeon which tell a Brothers Grimm style fairy tale that relates to the boss and minibosses of the current set of floors. These stories are dark and twisted, drawing inspiration from classic fairy tales, while putting a unique (and usually even darker) twist on each story. These scrolls serve as a nice additional incentive for exploration and progression, and they help tie the entire game together nicely.

Honestly, the only potential negative I’ve found in the game so far has been that sometimes backtracking can be a bit laborious, as certain rooms require a body switch to progress. This isn’t a huge obstacle, but if you find yourself a bit lost, it can be irritating to go through the same room multiple times.

While I’m only about halfway through Kharon’s Crypt so far, I can confidently say that the first half of the game is well worth playing, particularly if you enjoy games with horror themes.

Look out for the full review next week!