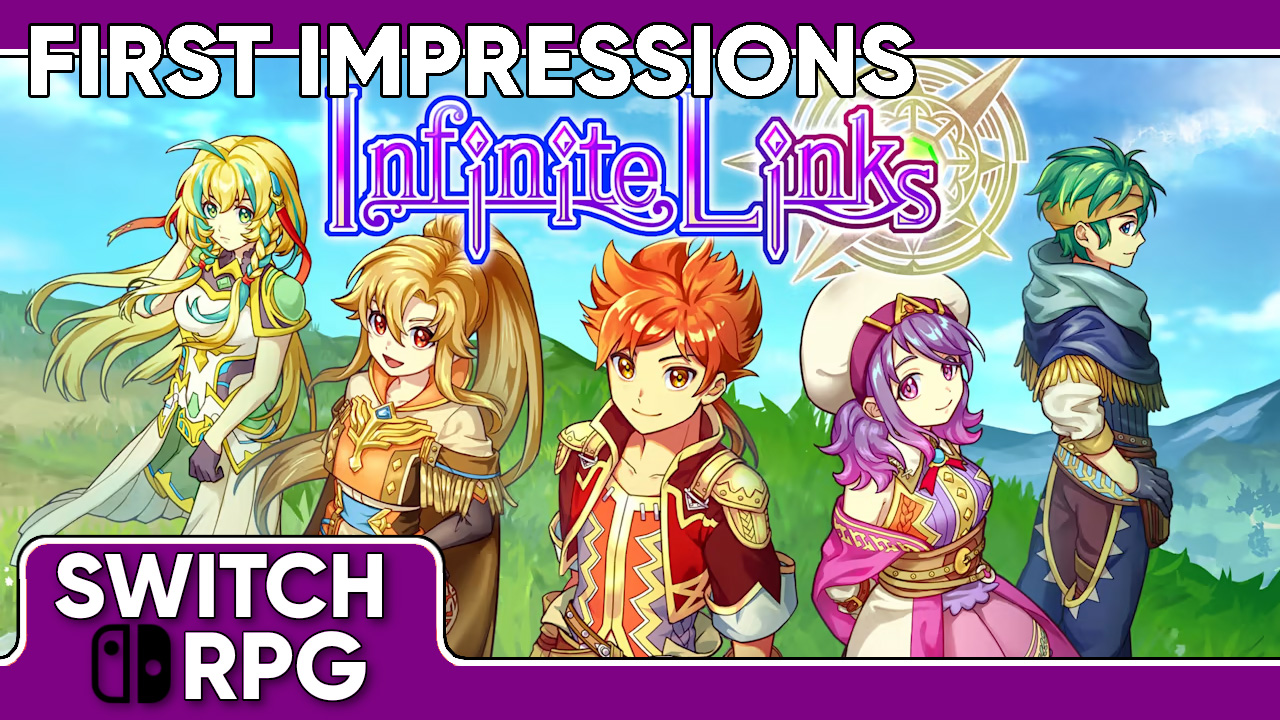 Released last Thursday, Infinite Links is the newest RPG from developer EXE Create, a company known for churning out retro-inspired JRPGs like candy. Publisher KEMCO releases at least half a dozen new EXE Create RPGs each year, across a few different design throughlines, making it almost impossible to keep up with them all. Infinite Links falls into perhaps the most prolific family tree of EXE Create RPGs, a series of games that have a strong RPG Maker aesthetic, but nonetheless possess a solid combat system based on 3×3 grids and clever character and attack positioning. Each one of the games released in this line feature their own minor innovations and quirks, some of which reappear in later games and others that fall by the wayside.

Infinite Links puts a variety of these elements into the proverbial blender, resulting in an RPG that feels familiar to what came before, in both good ways and bad.

While I still have a ways to go before I finish Infinite Links, I can say that so far the story hasn’t been as impressive as other games in EXE Create’s catalogue. The story centers around Kronos, a young warrior in training whose sister gets corrupted by dark magic and is slowly turning into an “Evil” (the game’s name for monsters). Cronos sets out on a quest to find the man responsible for the corruption of his sister’s soul, trying to reverse the spell and protect others from a similar fate. As noted, other games put out by EXE Create (such as Fernz Gate or Miden Tower) have featured more unique settings and characters, and there’s nothing hugely compelling about the narrative here to keep the player engaged. It isn’t surprising, by any means, as any developer that produces games as quickly as EXE Create must by necessity have both hits and misses when they have so little time to refine story elements. 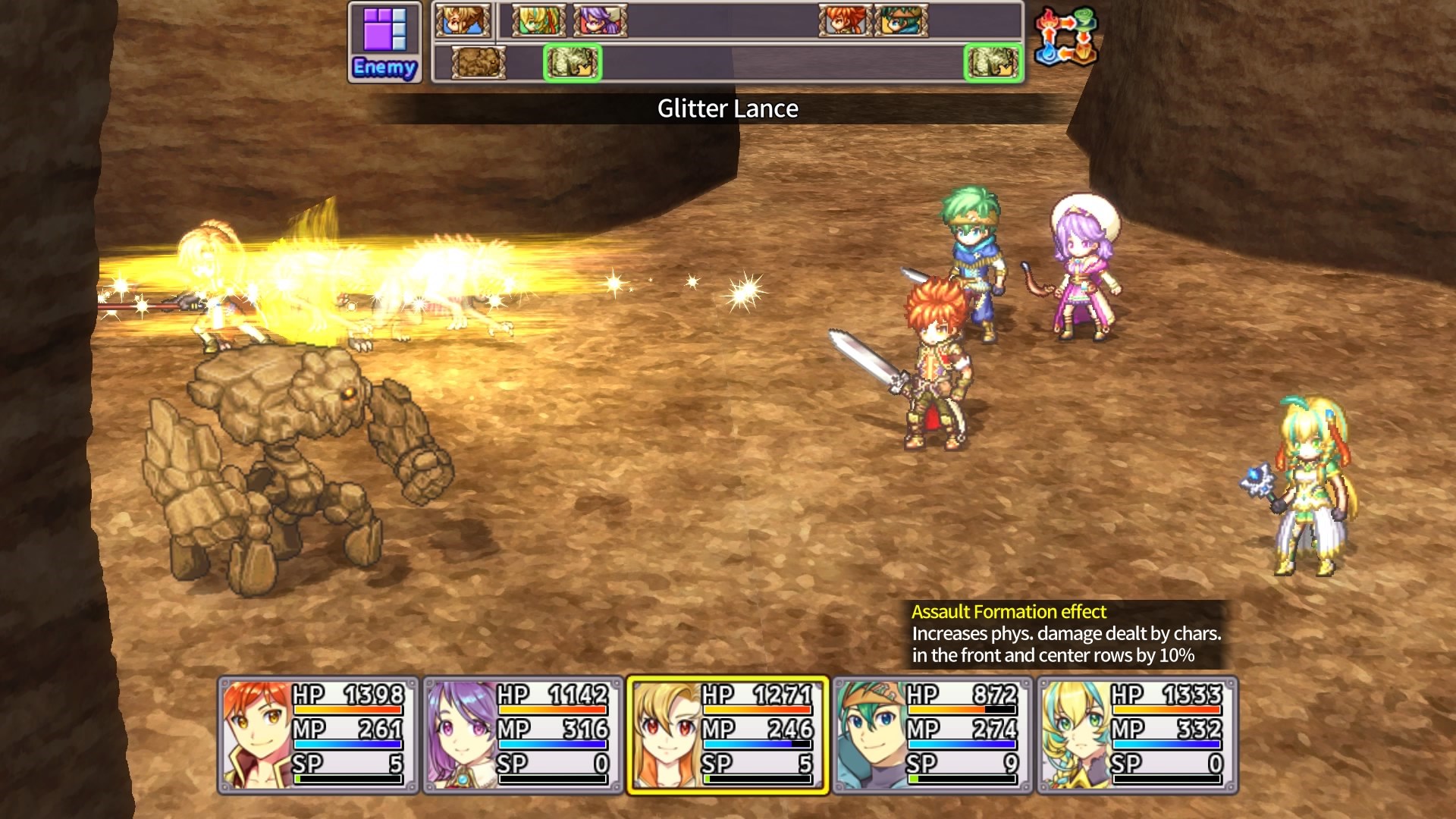 In terms of gameplay, Infinite Links adheres exceptionally close to what has come before. Characters come with a set of unique abilities that grow as you gain levels, along with elemental spells that can be equipped on any character. The standard elemental strengths and weaknesses apply here, and various attacks come in different shapes on the 3×3 grid (hitting multiple enemies in rows, columns, or other shapes) and inflicting status effects, stat reductions, or other temporary effects. Elemental skills, rather than being learned by characters permanently, are here equipped on a 3×3 grid available to each character. Different slots on the grid will boost the power and effectiveness of abilities, and lining up three abilities of the same type across a row or column can unlock special super moves for that character. Each character’s skill grid offers a different mix of benefits, tailored to the character’s preferred element.

One feature worth noting that I’m eternally grateful for is the “Catalog,” a simple bestiary that tracks how many of each enemy you’ve killed in the game. The enemies are grouped by region and dungeon, and you can gain valuable items and abilities by clearing out target numbers of each enemy. I first saw this system deployed in Liege Dragon, and it’s a welcome addition here. Filling out the catalog gives you a tangible reason to grind, with real, high quality rewards, especially when you find a monster who offers a new ability to equip on your characters.

I hope to put several more hours into Infinite Links before releasing my official review, but so far it’s a perfectly passable budget RPG. You may be better off trying some other games in EXE Create’s catalog before dipping your toes in here. That being said, other EXE Create games have surprised me before with how the story all comes together at the end, so I will continue to hope for some surprises down the line. Look out for my full review soon.