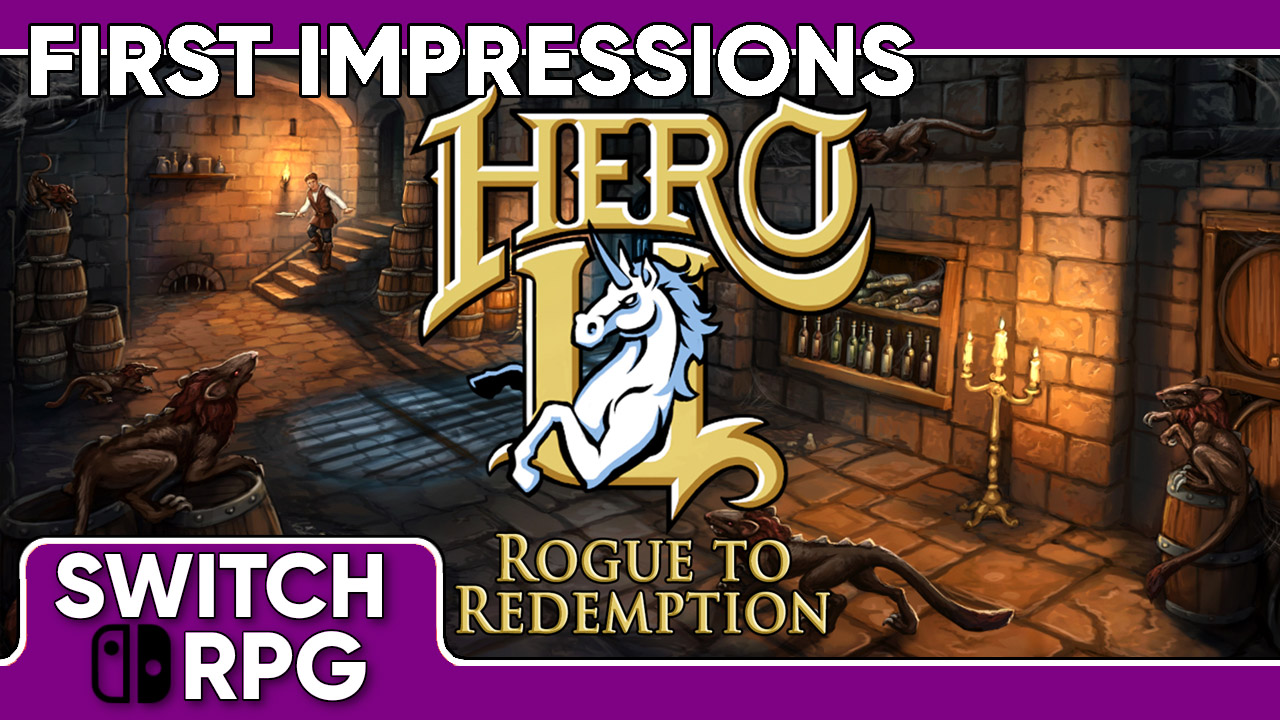 I want to start by saying I’m extremely excited that Hero-U: Rogue to Redemption even exists. It is the kickstarted spiritual successor to the 1990s Quest for Glory series of RPGs released by Sierra Games, the makers of King’s Quest, Space Quest, Police Quest, etc. Now originally, the QFG games were called Hero’s Quest, which fit with Sierra’s iconic naming convention at the time. Unfortunately for fans of the series, there was also an excellent board game called Hero Quest that came out first, so after the first game in the series, the games were called Quest for Glory. 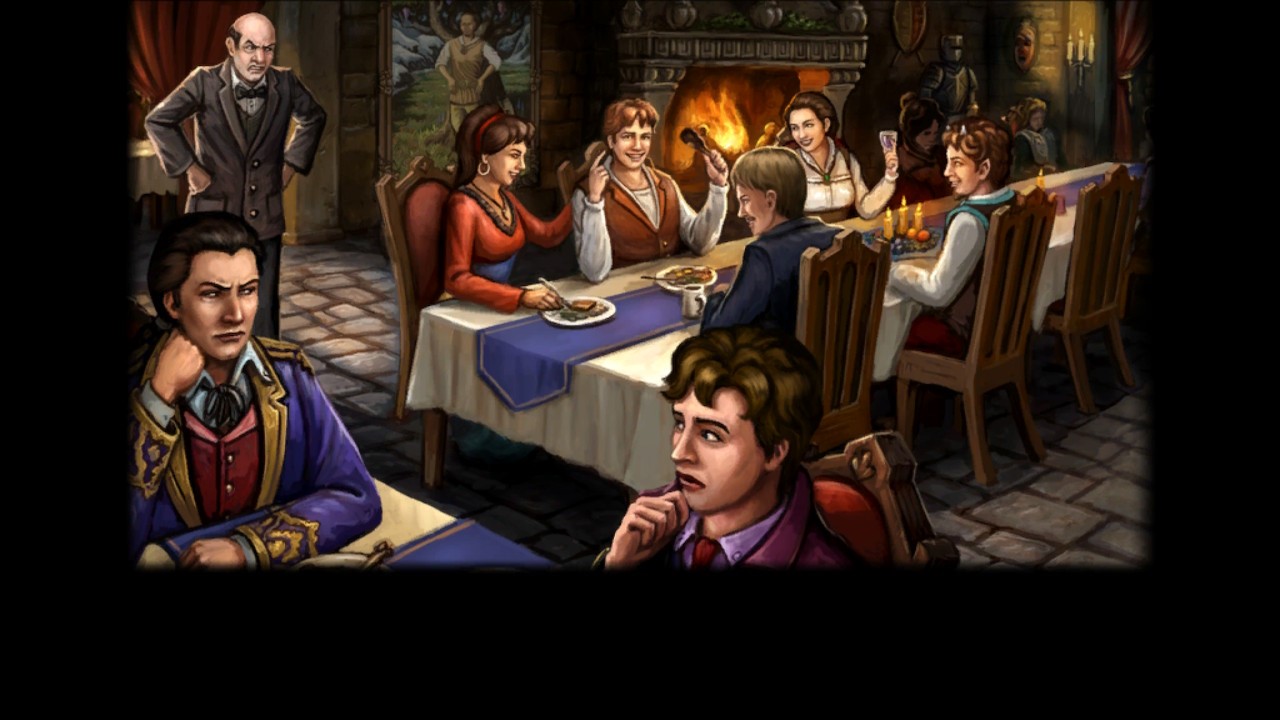 The artwork is reminiscent of the 256 color era of PC adventure games.

Since this was long ago, it’s fair to ask, what was Quest for Glory all about and do Corey and Lori Ann Cole recapture the magic with Hero-U? I’ll dive deeper into these questions in the full review, but for now, know the following: QFG was not only Sierra’s (to my knowledge) only RPG game (stats that grow over time, gear, battles, class types), it was one of the first series I’ve ever played where every problem in the game had a different possible solution depending on your class.

You could choose Thief, Mage, or Warrior, and each could solve things in a different way. Beyond this, you could export your character at the end of each title and bring them into the next game to pick up where you left off on building your personal hero, evolving them into a hybrid class with skills and spells not even available to acquire in later titles. And all this happened in a high-fantasy world filled not only with dragons and magical beasts of all sorts, but also with endless humor and gags that felt two-parts Monty Python and one-part bad dad jokes.

In its first few hours, Hero-U proves to feel like a faithful new chapter in a familiar series rich with nostalgia for those who played them growing up like I did. If anything, it’s faithfulness to the point-and-click roots of the series holds it back a bit more than you’d like on console. Everything is clickable and so far, I’ve found a few quests simply by turning over every item in the game. This makes you feel like you are going to have to click on everything, which is a bit much. The fact the game begins with you stuck in a single room, with several such objects to read descriptions about in order to solve a hidden item puzzle, before even letting you understand how rich its world is doesn’t feel like the best beginning. So let’s call this a slow burn. 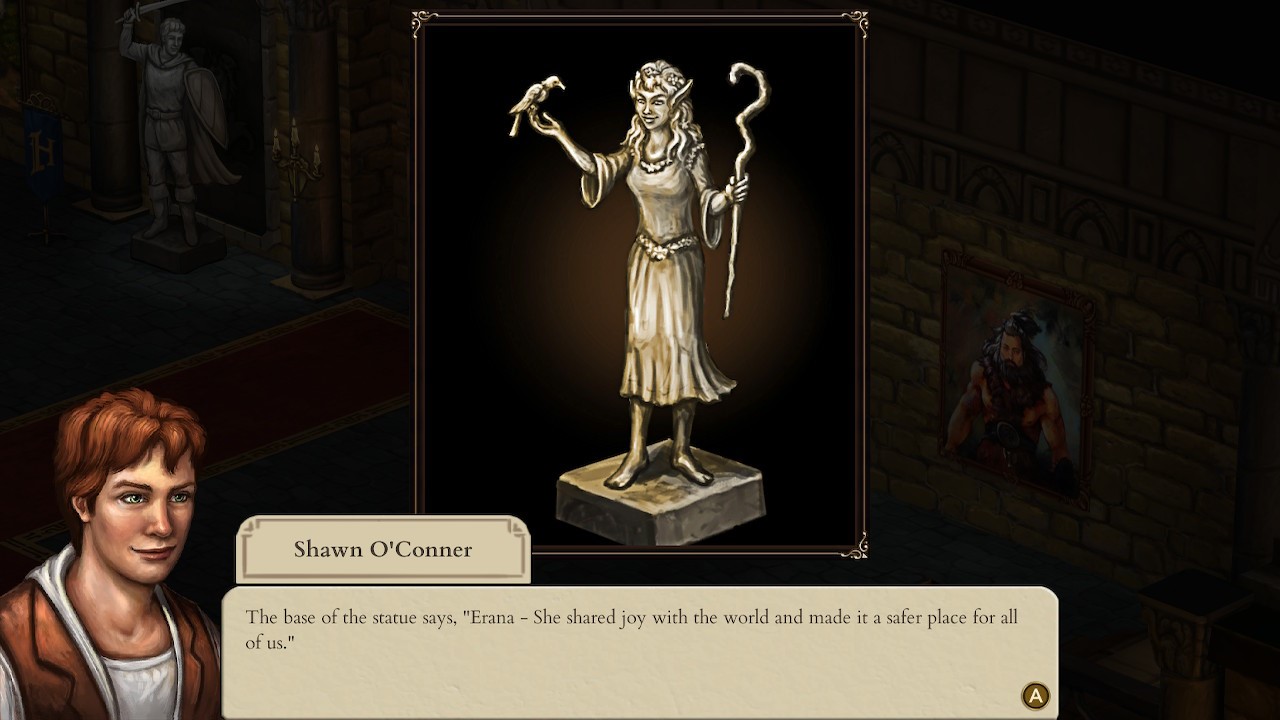 Erana has her own statue at the University, it seems.

But it’s not all rehashing QFG. Hero-U is a game set at a university for heroes where you are a student – something new to the series. Additionally, you don’t pick your class at the beginning, though I’ve already found teachers of Magic and Paladin skills, so I know this is coming. If you enjoyed Sierra games or have always wanted to try out the QFG series, the Switch copy is one of the easiest ways to have this experience as you can take it on-the-go (I’m a huge fan of this feature on the Switch if you didn’t know this about me).

Stay tuned for my full review in the coming weeks!