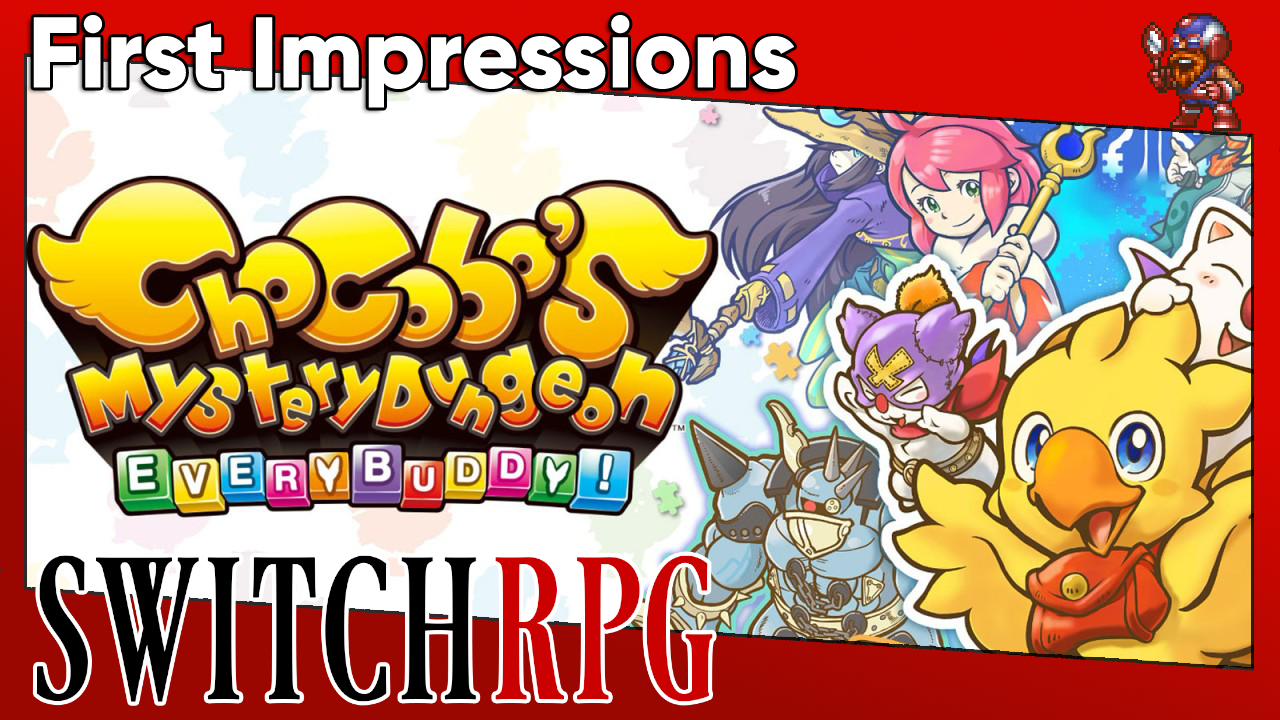 Libra is a new series which will provide first impressions of games well before a review. As is the case with our formal reviews, these will generally be spoiler free, however some very minor spoilers could still lurk ahead.

Chocobo’s Mystery Dungeon: EVERY BUDDY! – a remaster of Final Fantasy Fables: Chocobo’s Dungeon for the Wii – released just about a week ago and I have been having lots of fun with it. If one thing is for sure, my adoration for the roguelike has only grown since I’ve started investing myself into them when I started reviewing for the site. So far, I have put about 15 hours into it and there are currently lots of positives, with only a couple negatives, worth mentioning.

Famed treasure hunter Cid and his sidekick, Chocobo, are drawn to explore a tower off the hunch that a component exists within that could power their airship. However, little do they know that this event would spiral out into a very peculiar situation indeed. Before they know it, the duo is mysteriously dumped into Lostime, a village which is constantly plagued by the tolling of a bell that, subsequently, robs the inhabitants of their memories. It is up to Cid and Chocobo to get to the bottom of the situation, not only for the townsfolk’s sake, but also so they can get back to their original objective.

Be on the lookout for my official Chocobo’s Mystery Dungeon: EVERY BUDDY! review in the coming weeks!