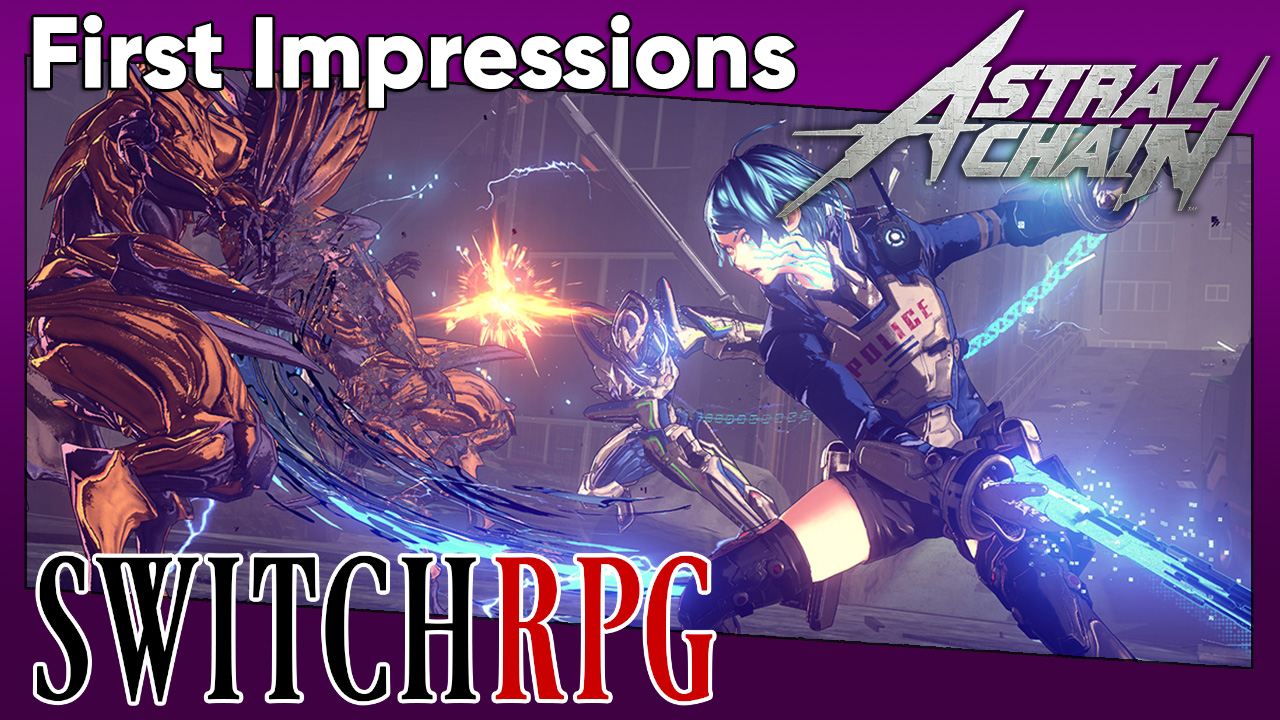 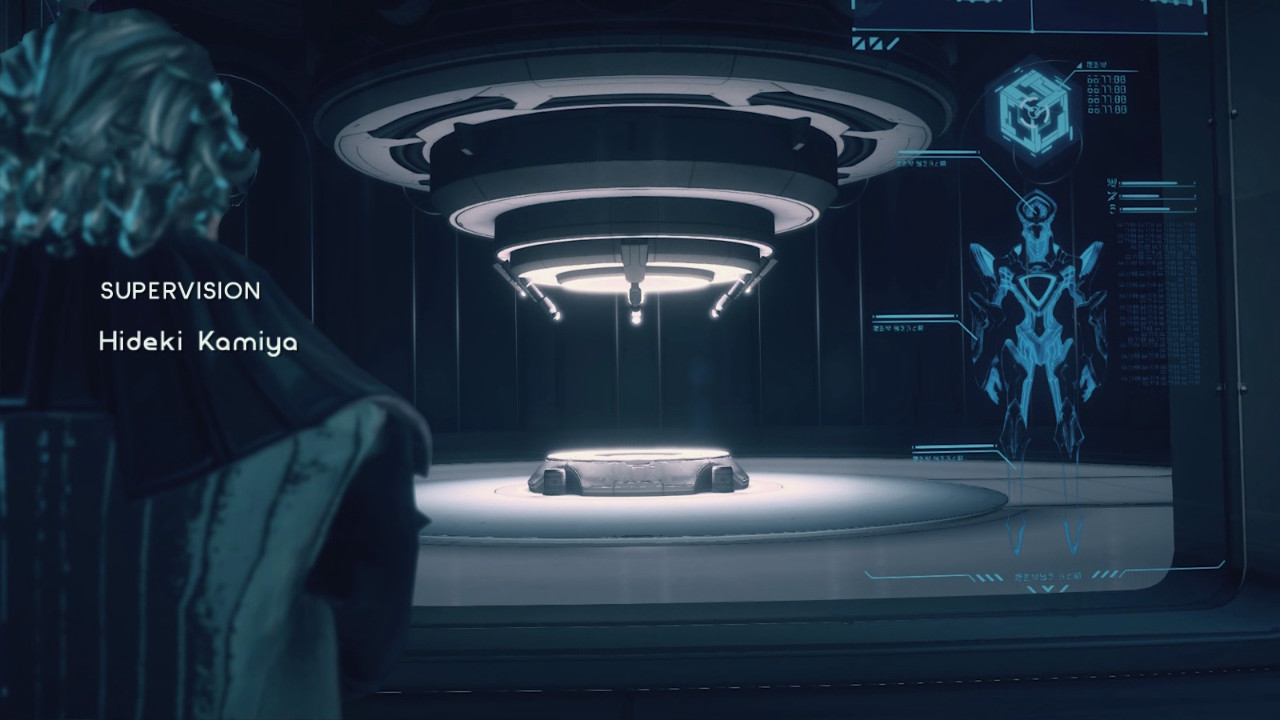 Astral Chain, what is it? Is this just another linear action game from PlatinumGames, focused on fast paced combat, combos and over-the-top boss battles? I guess that answer is “sorta,” but its also trying to be a bit more. From its initial reveal, Astral Chain is a game that peaked my interest with: great art direction, combat that looked to be unique, and a new setting and interesting characters. But having played PlatinumGames’s Bayonetta series, does this boil down to just another hack and slash?

In Astral Chain, you are given the choice to take the control of one of two twins who were recently promoted to a detective on a special task force called Neuron. Choose between the male or female twin and give he/she a custom first name, and the remaining opposite gender twin will be known as Akira Howard throughout the game. The twins were adopted by the Neuron captain, Maximilian Howard. Neuron officers are responsible for investigating and solving cases that take place in the Ark, a metropolis from the year 2078, where what remains of humanity has retreated in order to find safety from the attacks of the Chimeras. Chimeras are an inter-dimensional beings, who reside in the Astral Plane, and are causing chaos in the Ark. Chimeras have been linked to destruction, pulling civilians into the astral plane and the spread of red matter which causes corruption in living things. 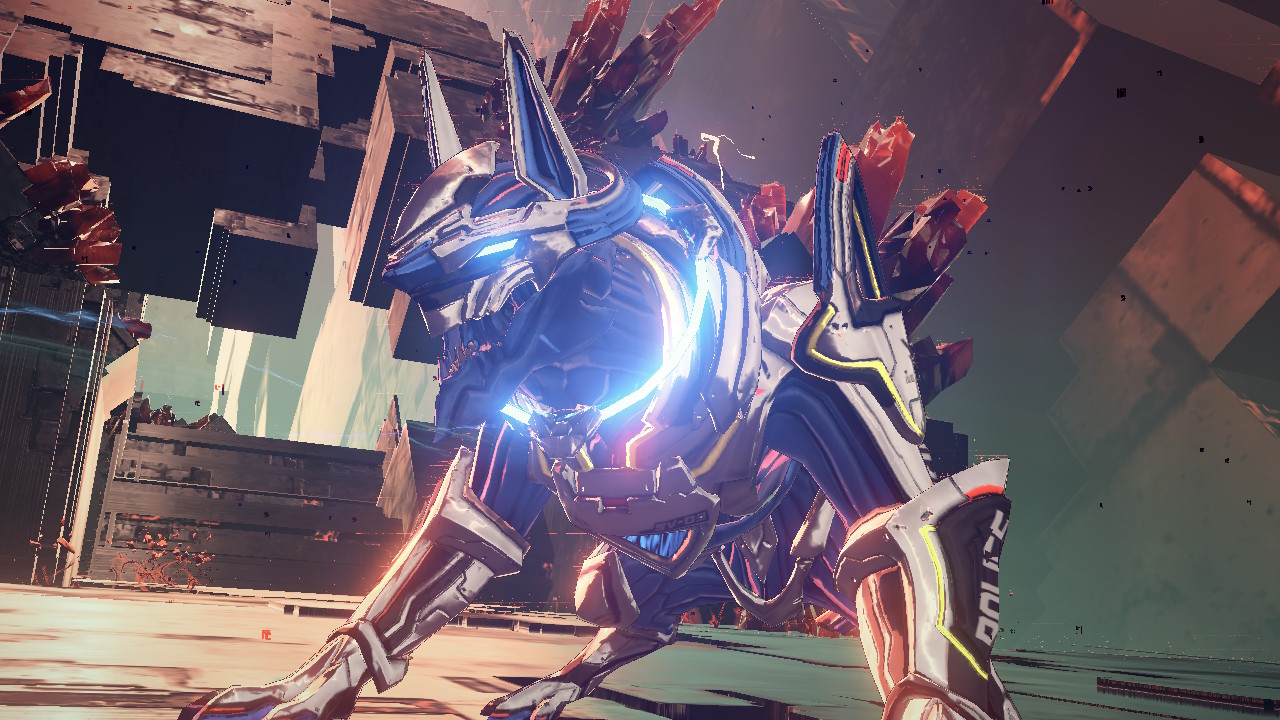 The twins possess a special ability which allows them to control Legions- a special ability Neuron officers have where they can summon a familiar who remains bound by a chain to the players character. There are a variety of Legions you will posses over the course of the game, each having their own unique abilities which aid in battle and can be tailored to your combat style. You can swap between your legion at any time pressing “Y”, while exploring the Ark & Astral Plane when you have one summoned. The first legion you posses is a sword-based, which can use its blades to swiftly to attack enemies or slice wires and ropes to complete a puzzles and progress on. Other Legions include an archer and a dog- I believe you eventually can control 5 different types, but at the time of this writing I currently only possess 4 types. In addition, each Legion has a unique trait and can each be upgraded and customized. 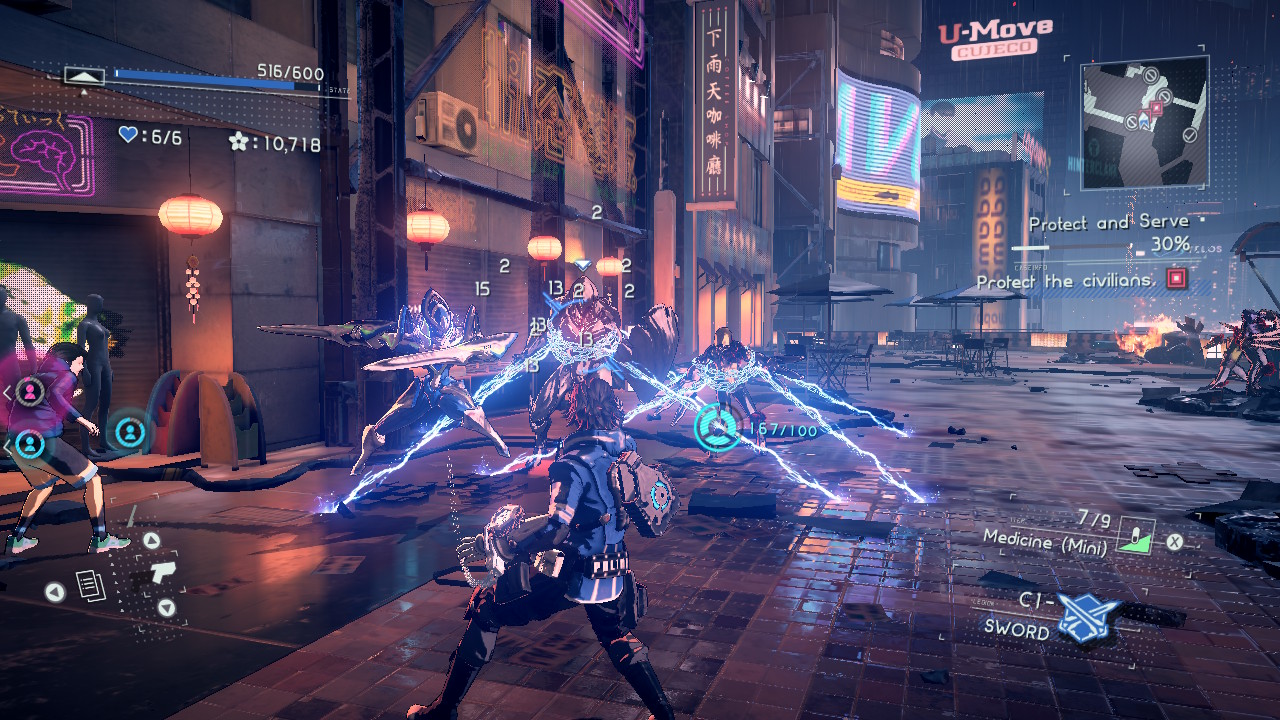 Your first mission is to respond to an attack, but very soon you realize you are no match for the Chimeras and are saved by Max and a few others who are capable of fighting off the threat. After being saved, you are formally introduced to Neuron and given your first Legion. You will be introduced to Yoseph, the commander and scientist behind Neuron’s Legion program. With a Legion by your side, you venture back out into the Ark and eventually get pulled into the Astral Plane, forcing the rest of the squad to follow after you. During these events, the Legions go berserk and leave their masters, but you happen to be the only one capable of taming and capturing the Legion. After recapturing one of the Legion, Max decides to stay in the Astral Plane to fend off the others. After a heartfelt scene with Max, you are tasked to investigate an attack at Neuron’s Legion production facility and introduced to Jena Anderson, a former associate of Yoseph.

Having played through 6 of the game’s 12 cases, I feel Astral Chain is having an identity crisis. I want to say this was a very experimental game for PlatinumGames, as it has a number of different things going on. Within each case you will have the ability to investigate areas. On top of completing this to progress the story, you can complete side quests, such as collecting cats, finding the hidden toilets, clearing the level of red material and completing each of the red and blue objectives, some of which require you to interact with the NPCs spread throughout each level. In addition to side quests, the other major RPG element found within Astral Chain is character progression. You have the ability to change you characters appearance and the ability to upgrade your weapons by collecting materials found in each level, either dropped from battles or found within chests. Each Legion you control has its own skill tree in as well as assigned skills and abilities (ability slots can be increased from as an upgrade within a legion’s kill tree area). The skill tree focus on adding ability slots, sync attack, defense up, attack up, Legion calling, and skills. 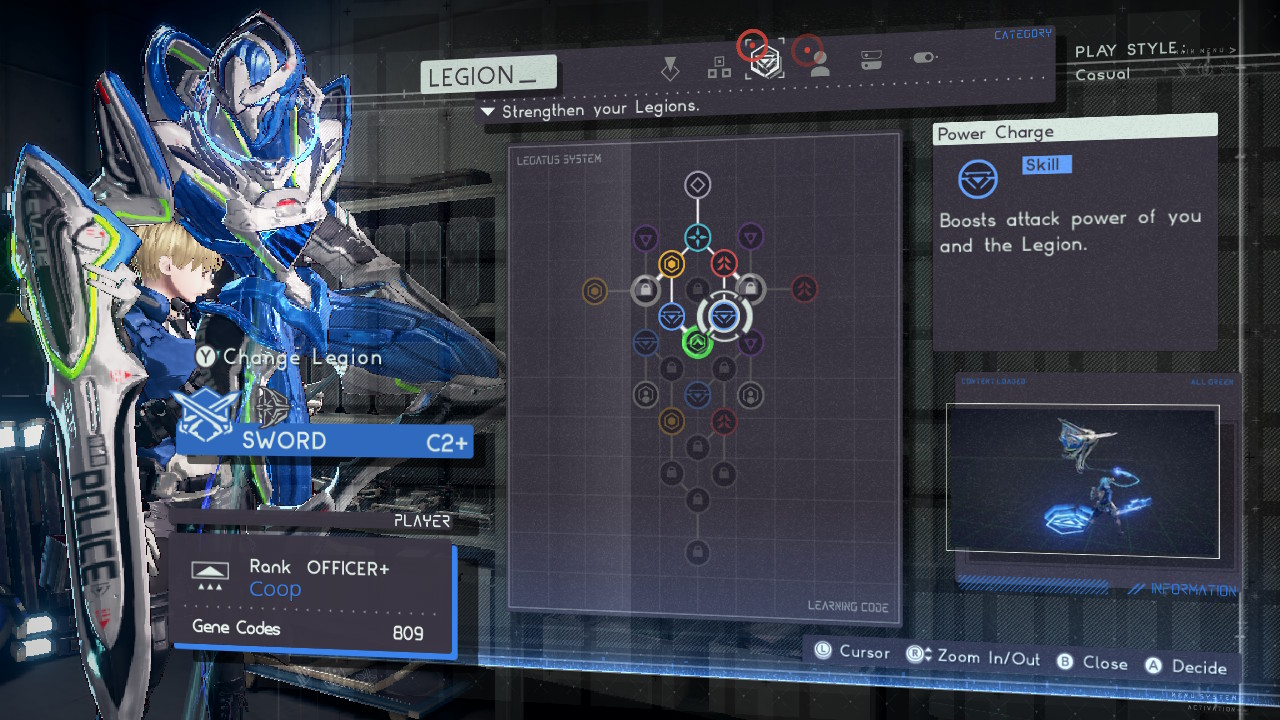 Each case so far involves some time at the HQ to get the mission details, where you can also train and/or upgrade. Afterwards you are sent to investigate an area in the ARK. This requires you to talk to the NPC to get clues- keywords in red text- and once you have enough information, you will be given a short quiz where you answer question based on the keywords you just discovered. After acquiring enough information from the scene for one reason or another, you will eventually end up heading back into the Astral Plane, though you can continue to investigate and solve the red and blue cases that are available before you enter, some of which are entirely optional. This investigative work is can be slow most certainly not action-packed, and some may find it boring. It’s definitely different and something new for PlatinumGames, especially for those coming from the Bayonetta series. I have mixed feelings on them so far, as I felt one or two of them were a bit sluggish. It’s nice later on when the investigation segments switch to the Neuron facility, where you meet Hal and can run into some stealth sections. My only issue with the stealth section was there really wasn’t any punishment for getting caught, but the change of pace is appreciated.

After you complete the investigation portion of each case, you enter the aforementioned Astral Plane, which is- in a way- the dungeon of the level. In addition to participating in fast-paced, combo-based combat and over the top boss encounters, you will also be faced with some platforming and puzzle solving. I appreciate these non-combat sections, as they add different things to do in between the action, as that is one of the biggest issues I have with Bayonetta, is its just combat after combat. I do want to mention that combat is not restricted to only the Astral Plane, as you will encounter Chimeras and other enemies in the Ark. The Legions and each of their skills make the combat fell fresh and different from the Bayonetta series, as you’ll do most of the fighting from afar while guiding your Legion. If you want to be up close, you can ride and bash enemies with some of the Legion. The strategic element of using the Legion works well and adds to the great fast pace PlatinumGames is known for. 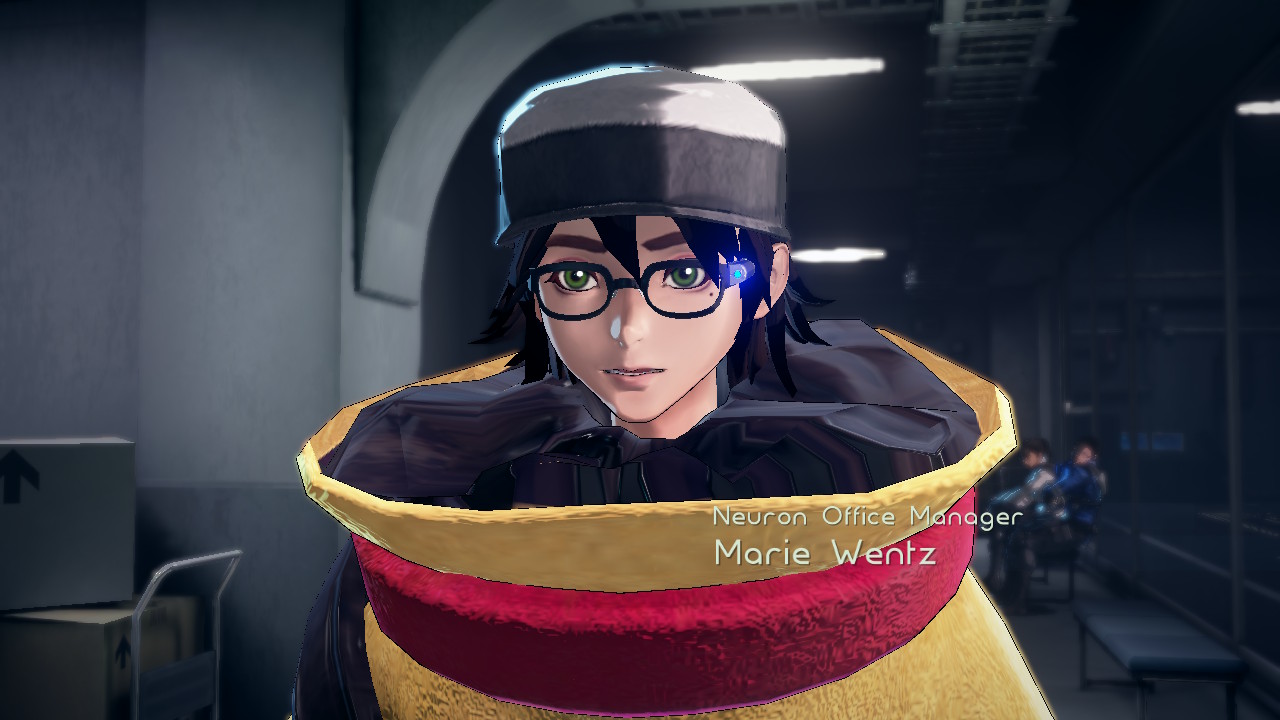 Overall, I am looking forward to where Astral Chain goes in the back half of the game: will we get a conclusion to the Howard’s story? What about some of the other squad characters we met along the way? These are the questions on my mind the most right now, as the game initially opened with a strong police family story and pivoted to Yoseph & Jena. If you are a fan of the Bayonetta series and looking for a game with bit more story, gameplay variety, and player customization, check out Astral Chain!