Developer A44 & publisher Annapurna Interactive have finally brought the highly praised XBOX & Epic Game Store souls-like action/adventure RPG to other platforms, including Switch! Ashen isn’t a new game, as it released on its exclusive platforms in December of 2018, but the Switch really peaked my interest despite not being the biggest fan of the souls genre of games. 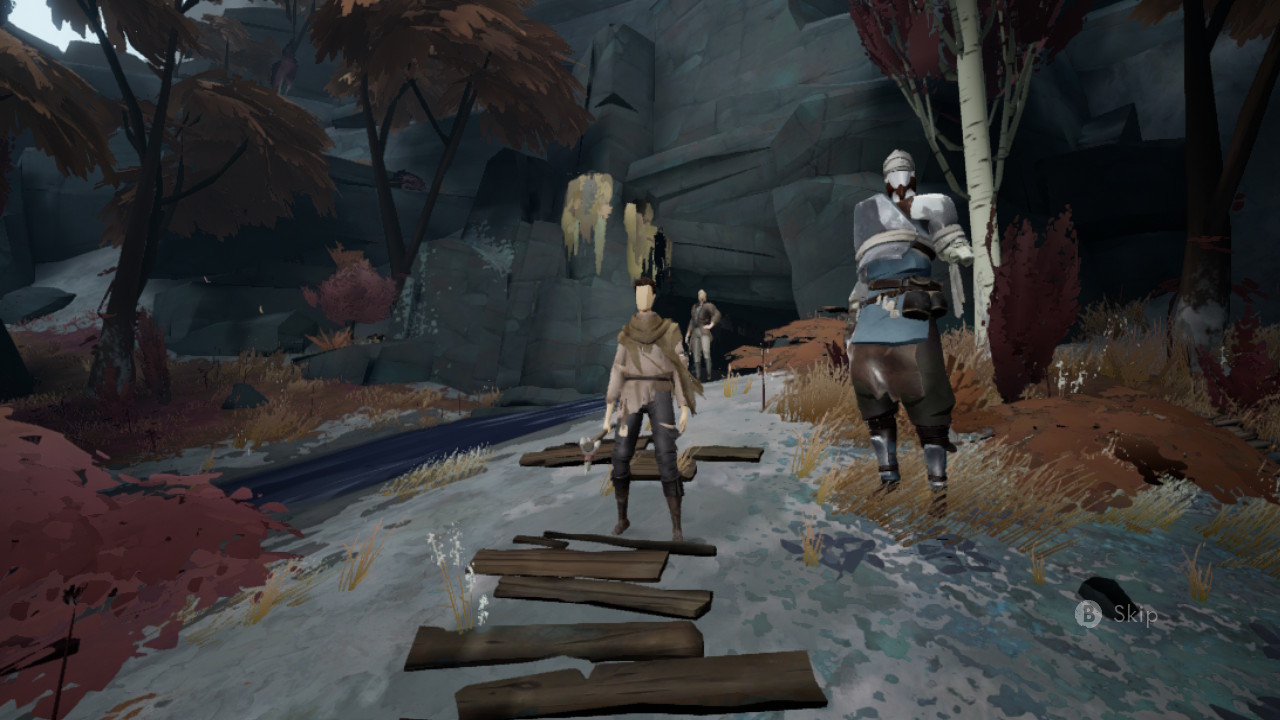 Ashen takes the open world action RPG and adds a souls-lite twist to it’s darkness consumed world. Ashen, a bird that shines light upon the world, has recently revived after a period of dormancy, and you are tasked with protecting it from the darkness that threatens it once more. After you create your avatar using a basic character creator and complete the opening tutorial area, you come out of a cave and into a forest, where you gain access to your home base. As you meet and recruit more NPCs, some of which also act as AI companions, your home base begins to evolve into a village with new building and crafting / upgrade options.

You and your fellow NPCs are tasked with protecting the light by conquering the darkness. The story is told through these NPCs, the first of which you meet is Jockell. As you interact with each NPC, you will learn about their story and personality in addition to being sent on their personal quests. Some of these quests are optional, but provide great rewards and new crafting and trading options. So far Bataran, a listener who served the Great Ashen, is the NPC carrying the main narrative forward. Each of the quests given push you to explore the world further. As you explore each new area, you will discover Ritual Stones, which allow you to save, refill your Crimson Gourd, and later on utilize as a fast travel system. 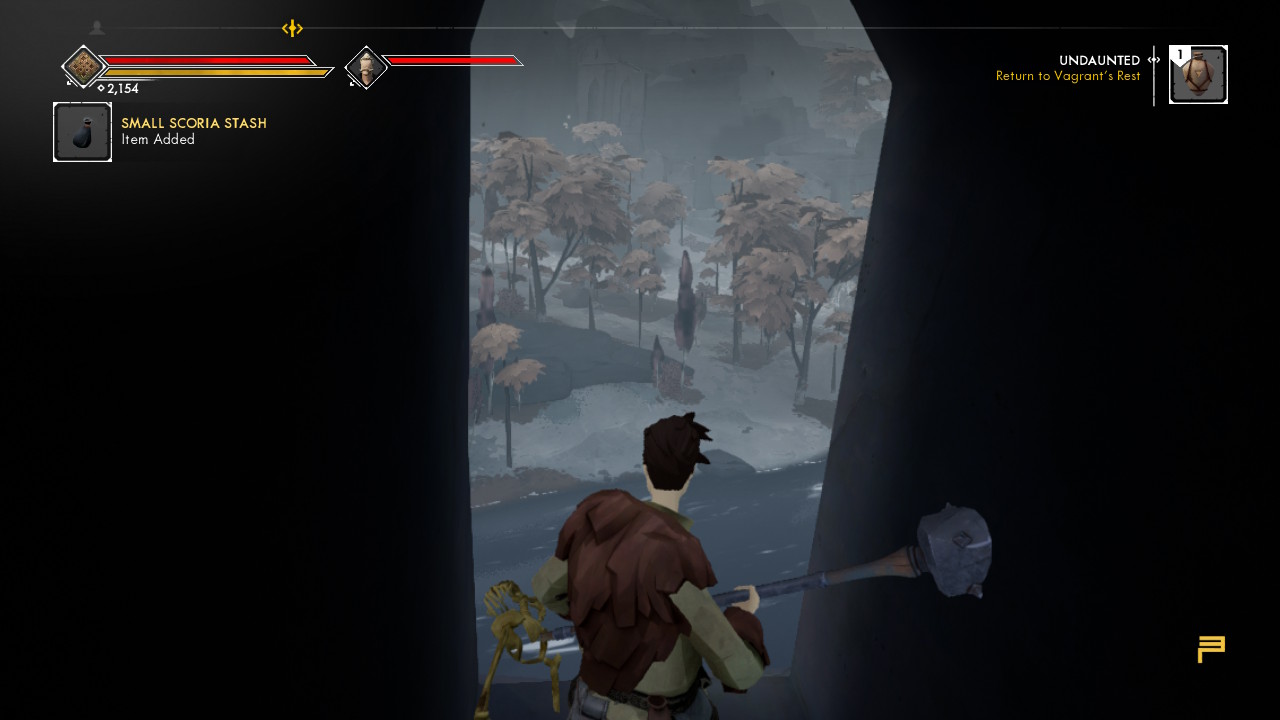 The combat in Ashen uses a stamina system. Each weapon has its own stamina requirements, which vary depending on your choice of light or heavy attacks. Dodging and sprinting are also tied to the stamina system, so combat becomes an interesting challenge as you balance going in guns-blazing (or in this this case, ax or clubs blazing) or trying to take a more strategic approach. Part of this strategy can change over time should you die and start to memorize locations and where enemies are.

From my playtime so far, Ashen feels like a souls-lite game combined with elements of Breath of the wild. The dungeons aren’t very complex- you follow a mostly-linear path and face down a boss at the end, though they do have various collectibles sprinkled throughout, should you choose to venture of the beaten path to find them. I have found in cases when I die, the dungeon just becomes about memorization: where and when to go along a particular path or room, and where the enemies reside within these locations. 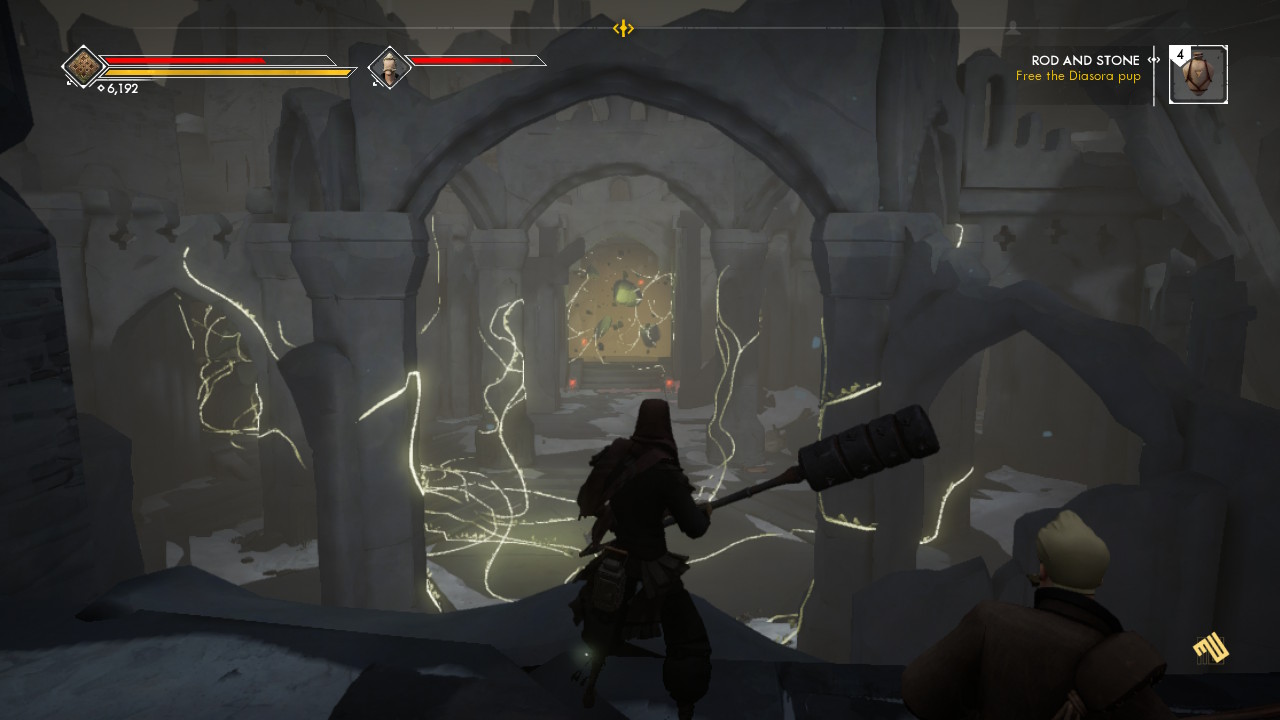 When you die, you lose your Scoria (the in-game currency) and you have the opportunity to go back and pick it up. While the dungeons feel compact and linear, the overworld offers lots of exploration as you venture away from your main camp. As you explore, the map opens up and you can tackle quests from the NPC/Companions in the new areas. Each new area so far seems to have a different theme and variety of baddies within. Sprinkled throughout the lands are caves to explore for crafting materials, new weapons, Scoria stashes & Ashen feathers (the game’s health & stamina upgrades).

At time of this writing I have only put in about 6-7 hrs, so look for my full review shortly.