Into the Vault: Romancing Octopath

Allow me to paint you a scenario:

A stranger walks up to you and asks, “Hey, have you heard about this brand new RPG with eight main characters?”

You start to respond, but they cut you off before you can say a word: “You start the game by selecting one of the eight to play as,” they continue. “You can go around the world questing and speaking to NPCs. When you come across one of the other seven main characters, you can speak with them to recruit them to your party. Doing so unlocks various regions of the world and more narrative. It’s non-linear, and you can tackle the characters’ stories in whatever order you want!”

If this scenario had actually taken place for real, the year would in fact be 1992 and we would be in Japan. The game this excited young stranger is evangelizing is the original Romancing SaGa, an out-of-the-box RPG made by role-playing giant Square for the Super Famicom. 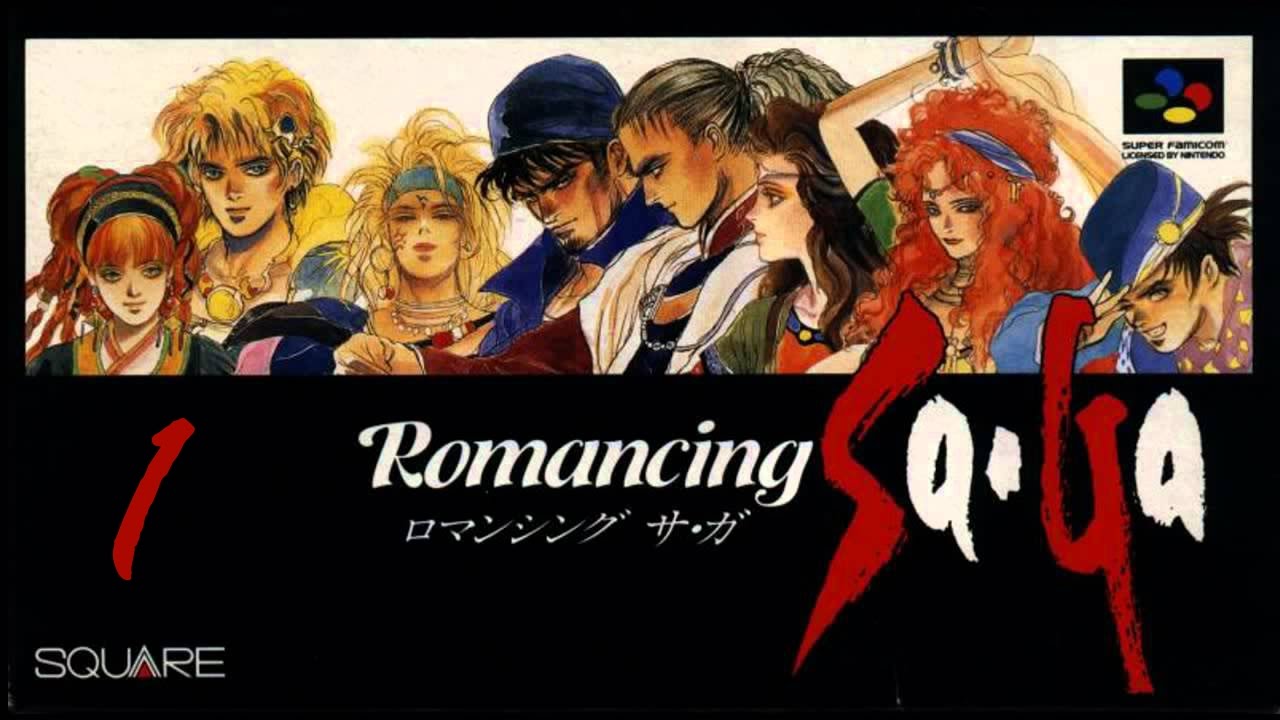 One thing that fascinates me most about the art and entertainment industries is looking back to find the core influencers of today’s creations. With the looming release of Square Enix’s latest RPG, Octopath Traveler, I’d like to take a moment to look back at a title that I believe offers a clear window into Octopath’s ancestral DNA. (By the way, if you haven’t checked out this opinion piece by our staff writer EeBeeArrPeeGee. It provides a different perspective to the excitement surrounding Octopath’s release. Whether or not you agree with his point of view, you won’t be able to deny he’s a critical thinker and conveys his points with tact and poise.)

Back in February, I actually went on record and predicted (quite incorrectly) that Project Octopath Traveler would be unveiled as a brand new entry in the long-dormant Romancing SaGa series. I mean, it didn’t feel like that far-fetched of a claim. As I alluded to above, there are some striking similarities which we’ll get into in a second. But also, Romancing SaGa 2 had just released on Nintendo Switch when I was throwing around those bold claims. Resurrect the series in the minds of RPG lovers with a port of an older game? Get the series back into consumer’s mindspaces? Then hit them with Romancing SaGa 4? Made a lot of sense!

But alas, that never came to pass. Project Octopath Traveler became just Octopath Traveler, and my spiffy recorded audio prediction died on the vine of hopes and dreams. Despite this, I think I can at least draw some definitive connections between the newly created IP and its classic predecessor. Now before I jump into those connections, I want to address the elephant in the digital room: a few days back, the game’s producer came out and stated Octopath Traveler is a “spiritual successor” to Final Fantasy VI. Personally, I don’t see this in the slightest, and feel like it’s the sexier thing to compare this new game to one of the most loved games of all time (FFVI) instead of to a game that isn’t exactly globally-loved (RSI). So maybe I’m way off base here (but I don’t think so). I do think Octopath Traveler with its pretty pixel graphics and eight separate travelers is a successor of some sort or another to Romancing Saga and the greater Romancing SaGa series.

Remember my opening scenario? That serves as a great initial comparison. The concepts of these games are really similar, am I right? But interestingly enough, digging deeper into the opening of both titles reveals more striking similarities. While direct connections can’t be drawn to every single main playable character (that would have been too dang sweet), here are ones you can:

While the first two comparisons here are admittedly extremely common RPG classes and so exist in dozens and dozens of games, I would say an herbalist-type character is a bit less common. So to see that class brought back and evolved is neat. Plus, both herbalist and apothecary characters begin with an axe as equipment… Coincidence?

If the herbalist class was supposed to feel less common, can we all agree that a dancer class isn’t seen in your everyday RPG? I mean, guys.

While these two characters share similar gameplay similarities, I find a more interesting connection between Albert and Olberic. Both characters lose homes they love through separation. And then they share a bit of a contrasting connection where Albert obsesses over becoming a knight and Olberic runs from the fact that he used to be a knight.

As I stated before, I can’t exactly draw direct connections to every single character, but I find five (and a half) interesting. And even though some of those classes are common in many other games, a few of them feel connected in some way.

Clearly, most of the mechanics seen in Octopath have matured since the time of Romancing SaGa. RPGs as a whole are in a different state than when RS released, so it’s no surprise that many of those elements would evolve and even change. For instance, as in many other RPGs, Octopath Traveler allows your character to sprint whereas Romancing SaGa did not include such a feature.

EXCEPT THAT OCTOPATH TRAVELER ONLY ADDED SPRINT AFTER FAN FEEDBACK ASKED FOR IT. The original demo for Octopath Traveler did not include the mechanic. Hmmmmm. Please understand, I’m being really lighthearted with these connections and am not even trying to “prove” anything – I just love drawing lines between games and theorizing what could have been direct inspiration. And I just think the proof here is in the sprite pudding.

DISCLAIMER: This next “connection” is not even a connection at all – it’s a stretch. But humor me.

Remember the connection I mentioned between Albert and Olberic? One wants to become a knight and the other wants to forget it. They both lose their homes. All that jazz. Now, in Romancing SaGa for whatever reason, only two characters begin with their special skills. Why? I’m not sure. Perhaps they’re special? The devs’ favorites? Considered more primary? It could be anything – even random. Regardless those two characters are Albert and Barbara, the wanna-be-knight displaced from home and the entertainer. NOW where have I heard those classes paired together before? That’s right, the very first Octopath Traveler demo, the very first time we’re able to put our hands on the game, we start off with options of playing Olberic and Primrose, the don’t-wanna-be-knight displaced from home and the dancer. WHAT.

What does it mean? Probably nothing. But maybe everything…

Once again, I hope you all understand my purpose here – it’s to have fun. My desire in jumping into the vault is to look at gaming history and see how it affects gaming today. Despite the fact the producer of Octopath Traveler points to FFVI as direct inspiration, I think the inspiration lies elsewhere. Maybe he didn’t want to sway the players’ experience of Octopath by tying it to a game that traditionally gets low scores and low opinions. Maybe he wanted to get people thinking about what of their favorite games when they sit down to play this title. No matter the reason for not coming out and stating its undeniable tie to SaGa, I am here to stand in the gap and act like a too-excited little kid at every little hint of a connection I can find.

So Octopath Traveler, you might not be a member of the Romancing SaGa household, but you’ve at least got to be the resembling cousin at the reunion. You can’t fool me. And we love you for it!

Now, everybody go enjoy this game!