Innovation and Stagnation in Strategy RPGs

Whether I like them or not, I’ve found myself covering a great number of strategy RPGs in recent memory. Although I can say I have safely avoided that big strategy title that came out last year (something about Hot Signs? Spicy Sigils? Fire Emblems? Eh, whatever), I have delved into games like Achtung! Cthulhu Tactics, Fell Seal: Arbiter’s Mark, Spaceland, Halcyon 6, Into the Breach, Kingdom: Two Crowns, For the King, Thea: The Awakening, Broken Lines, and Children of Zodiarcs. That’s… a lot of strategy. Now, I wouldn’t say that I have become something of an expert in analysis of the subgenre, but I have noticed some trends, experienced trials and tribulations, and taken on terrors with tenacious tactics. Enough alliteration, let’s talk about strategy games.

Something I’ve come to appreciate is a more free-form camera in-battle, which allows for more variety in map topography and enemy placement. I love that enemies can be hidden behind corners, and that the board requires heavy scrutiny in order to develop a safe strategy. I’ve seen this more recently in Children of Zodiarcs and Broken Lines, though many RPGs with 3D graphics tend to utilize this feature. Even a simple ninety degree turn can make the battlefield feel that much more open, in addition to helping players get an idea of how the enemy might perceive their ragtag squad, or otherwise. 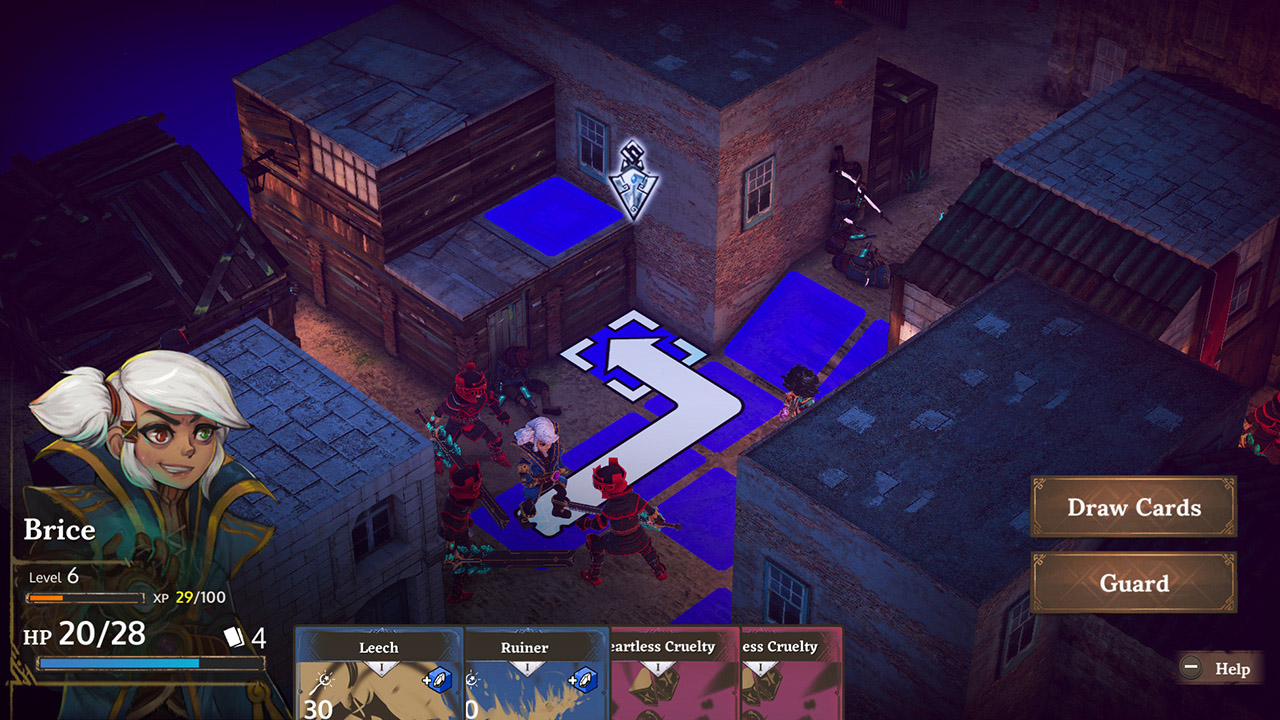 Environments aren’t just window dressing anymore, either, with interactive elements offering a great deal of engaging and reactionary gameplay. Predicting and predictable enemy behavior is always nice, but it’s made all that much sweeter if you’re able to pull off some devastating tactical moves. Exploding barrels, interactive turrets and ballistae, and simple elemental, systemic elements help ground environments in their locale, and though there’s always something to be said about encroaching lava or environmental effects that occur in-between turns, shaping and bending the world to your own will is an immensely satisfying feeling. The delight of a fairly straightforward title like Into the Breach is that almost every single one of its status effects appears as an element within gameplay, meaning your units don’t need to be experts in those abilities in order to inflict them upon enemies.

Of course, this might be a point of contention for some, but I love it when my games get more tactile and interactive. Having recently fallen in love with the physical version of Gloomhaven and forever a fan of the tabletop experience, dice rolls have become a near obsession of mine. So when game’s like The Warlock of Firetop Mountain, Hand of Fate 2 (admittedly not a strategy title) and Children of Zodiarcs offer a dice roll feature, it gives tactical gameplay a great feeling of chance, especially when you have the opportunity to reroll. Many people, diehard tactics fans included, might err towards percentages, but to me, it always feels a bit more annoying when I have a 90% chance of hitting and miss then when I throw dice to land a successful hit or glancing blow. The tactile chance is most certainly a preference, but it instills that natural, unexpected nature of real life in the same way as percentages, in a less-sterile way. Keep in mind, one of my favorite RPGs of all time is Crimson Shroud.

Something else that is always appreciated is some decent lore, for goodness’ sake! Titles like Code Name S.T.E.A.M., Into the Breach, and Children of Zodiarcs grip me all that much more tightly thanks to unique aesthetics and novel lore, especially when their world-building trickles down into game design. The malicious Vek and their underground emergence plays into where they pop up and how they can be defeated, just as SteamWorld Heist’s clunky robots creak and waver with their weapon sights. Now, even when a game plays it somewhat safe in terms of game mechanics, a good theming and aesthetic can make a world of difference. While many tactics games are grounded in grid-based movement and percentage hit-checks, they benefit from a fascinating locale and a theme that is more than just “hey guys, isn’t war bad?”

I’ve become quite enamored with tabletop game terminology as of late, so I feel it’s my duty to share the term “analysis paralysis” with others. This is the idea that, the more choices you introduce to a player early on in explaining a tabletop game, or the more choices you give them in general, the more likely it is that their mind goes shooting off in a million directions thinking of all the possible outcomes of all the difference rules and mechanics, stopping them from actually making a move and… you know, playing the game. 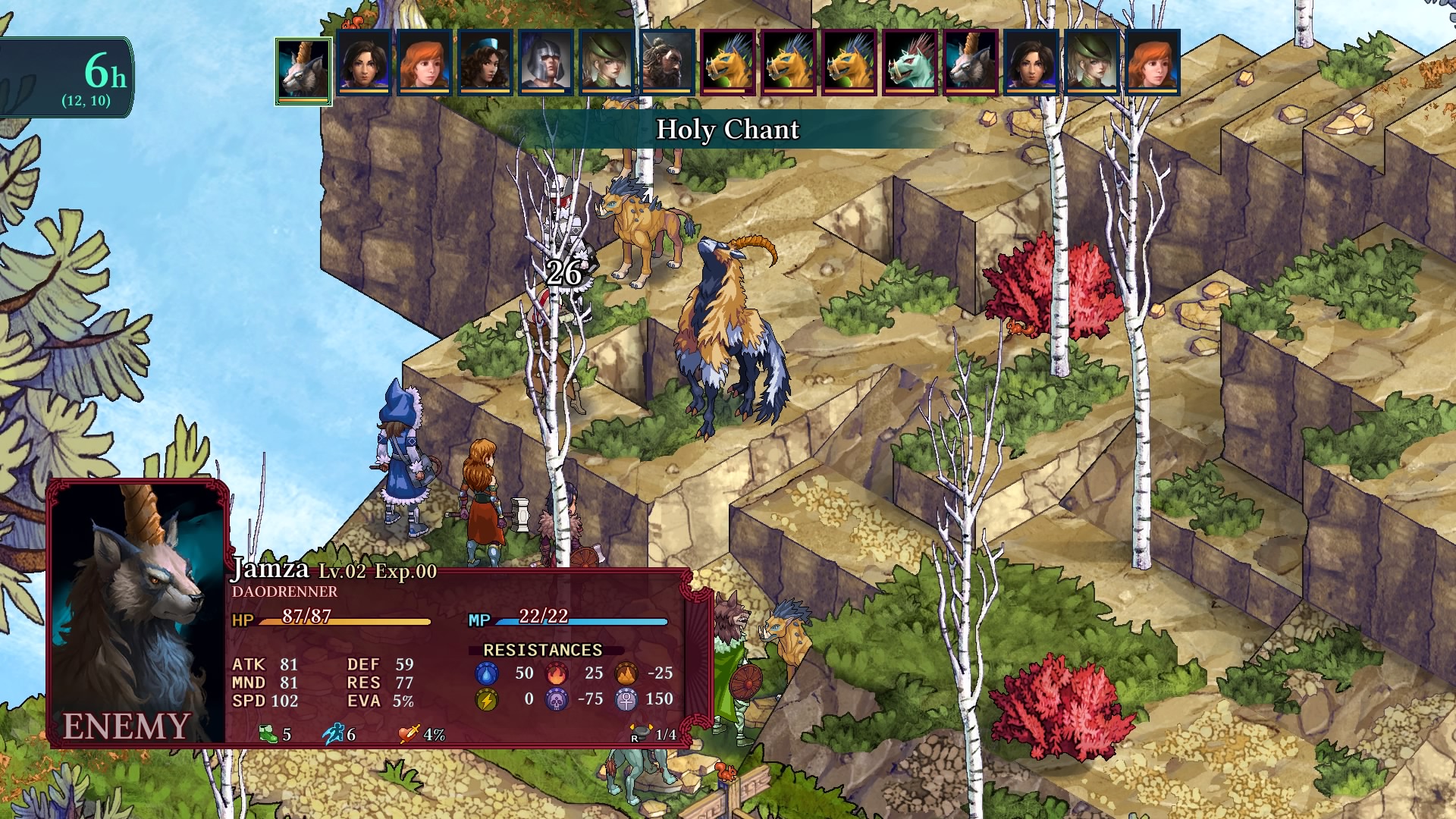 Hey, you know what else is a slog? Menus. Man, do I hate menus. Some strategy titles have managed to streamline their menus into neat little symbols that are easily recognizable. Other titles have mapped their various menu commands to different face buttons. Either way, menus suck. All of the most addictive RPGs and also strategy titles try to streamline and layer mechanics over one another as much as possible. It’s why Into the Breach is so addictive: it’s insanely brutal, the actions you can take are vast and varied, but every character is simplistic, has a few cleanly organized options to take advantage of, and the choices are tightly packed. Streamline your menus, developers. Please. 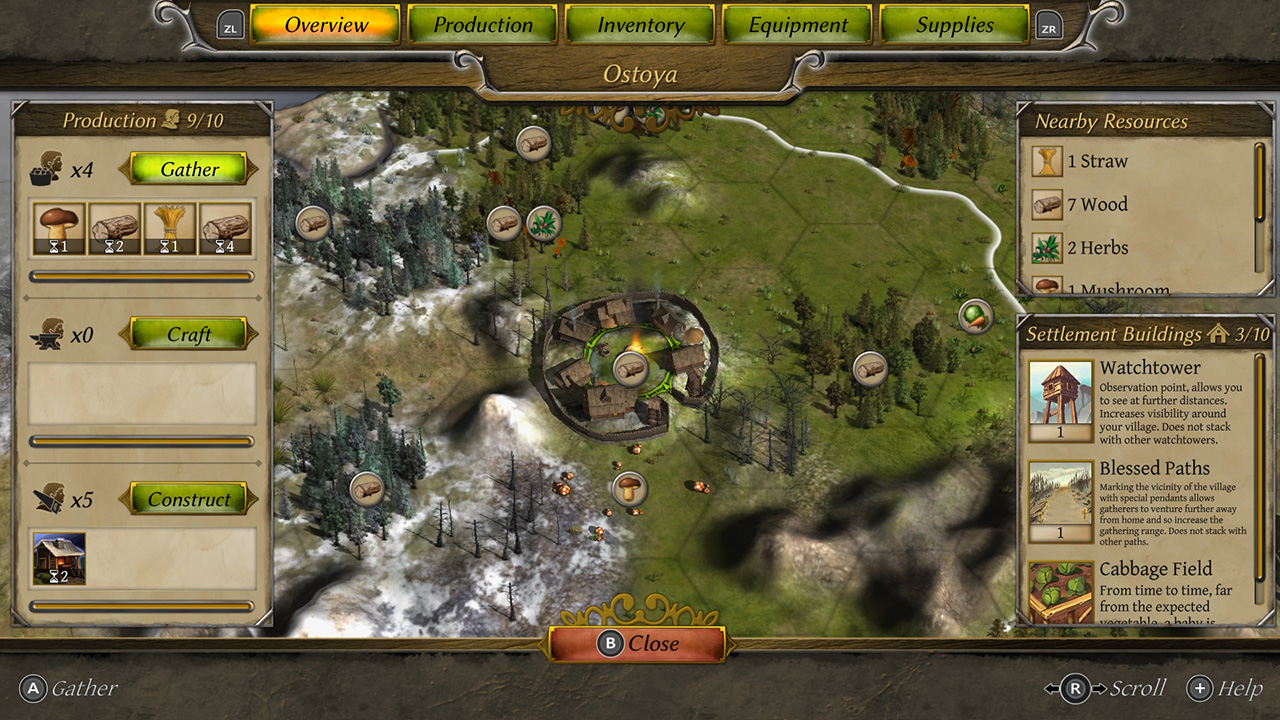 Oh, and if you’re not going to show me all of my possible tactics, then please give me the opportunity to back out of committal choices. I don’t want to make a movement and be locked into an attack phase unless I’m extremely- and I mean EXTREMELY- certain of all variables. Even games like Into the Breach, which feature a 16×16 grid, allow you to undo movement. Come on, now. I don’t know where the fetishism for a lack of retractable choices comes from, but accessibility is important in all of its forms. The stats of an enemy or frequency of a certain character type is one thing, but movement limitations, weapon durability, experience gain, and other options would be wonderful. Please, don’t follow Game Freak’s example- make them optional.

Lastly, and I feel like this might be blasphemous or even too great an undertaking, but would it be so wrong to feature multiple win-states for certain skirmishes? One of the great parts of role-playing is… well, role-playing. Why does strategy equate to a single objective for a particular mission? I know that many titles want to emphasize the complexity of their narrative, and I appreciate that- when a narrative is actually good. But success and failure equate to more than just military strength, so why do so many games only give one win or fail-state? It might have to do with over-complicating the narrative aiming to be told, be even an optional win-state here or there could let a player win a skirmish by using a strategy they enjoy, rather than the tools the developer has laid out for them.

There’s this thing that a bunch of strategy RPGs do. Where they start with a bunch of units on a map, and you develop a strategy to get rid of those units. And then, randomly after a set amount of turns, the game will spawn reinforcements on the map without any sort of alert, notification, or even hint prior to the skirmish that there will be this sort of behavior.

Don’t be that strategy game.

While I can name just as many irksome elements of strategy games as I can things I like, I’ve gained a new appreciation for the genre not only in the past year, but throughout my experience gaming across the 3DS and Switch. Fire Emblem had always been a hard sell for me until Awakening, which I played and found problematic. But since then, I’ve tried and enjoyed a number of strategy games for their own, specific features, which is ultimately what I’d want to highlight as a parting remark. For each of these elements that I dislike, there are probably five times as many people who don’t mind or actually prefer said feature, and the same goes for the other side of things. People have different tastes, and it’s okay to enjoy one strategy title or series more than another. I think that we’d all be able to get into these games a bit more easily if developers could approach these specific elements with a more open mind and/or sense of awareness.

Are there any aspects of strategy titles that you adore, or just can’t stand? Feel free to share them in the comments below. Be sure to check out previews and reviews for some of the games listed her in the near future!