Importing Yo-Kai Watch 4: An RPG Journey for the Functionally Illiterate 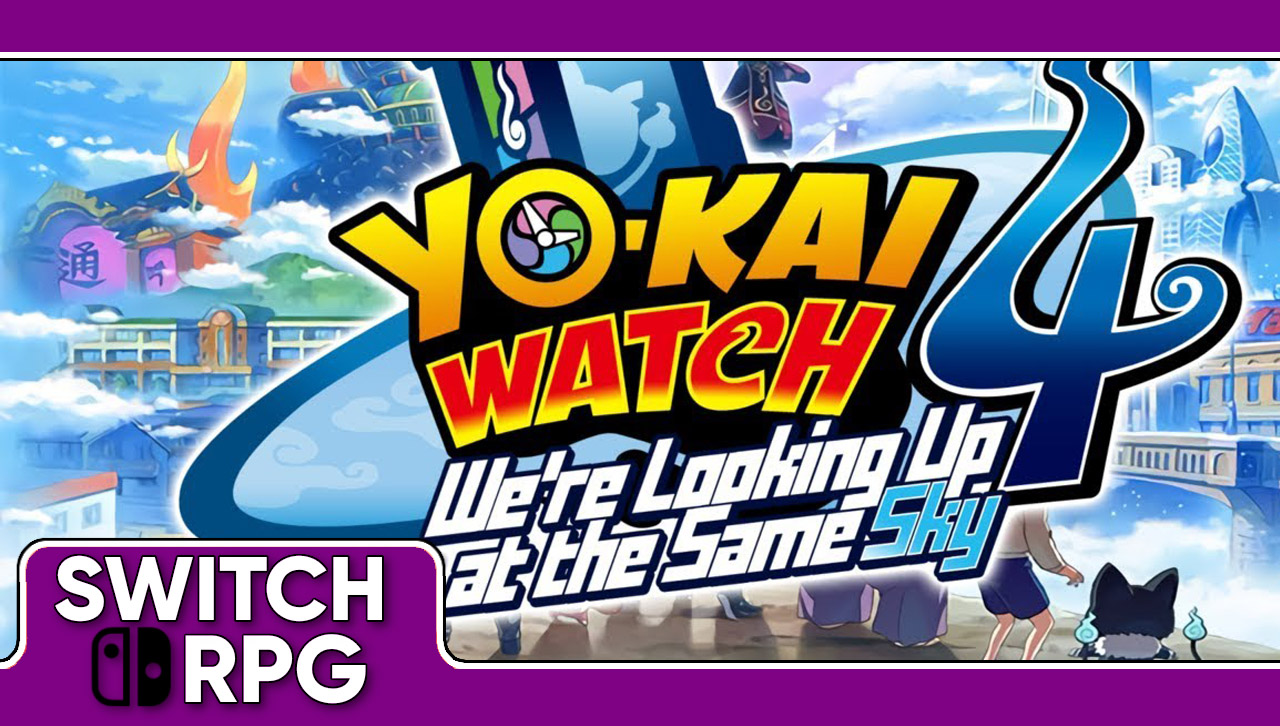 Late last year, I was elated to learn that Level-5 acknowledged plans to release Yo-Kai Watch 4 in the West. The series had seen niche popularity and I was surprised that we would get the fourth main title at all, let alone on both Switch and PS4. Alas, news quickly faded and radio silence enveloped the Western Yo-Kai fans. Slowly, we came to terms that while the game may eventually be localized, it would likely take a very long time. For me, I was itching to galavant as a specter-collector once again, so upon browsing Amazon one day and seeing the base game at an incredibly affordable price, I sprang for the deal and decided to jump into my very first all-Japanese import title. With a decent ability to read both Hiragana and Katakana, and knowing that Yo-Kai Watch is written with the littlest of kids in mind, I felt confident that I could at least read the game. Understanding it though? Well, let’s just say that I’m up for the challenge. 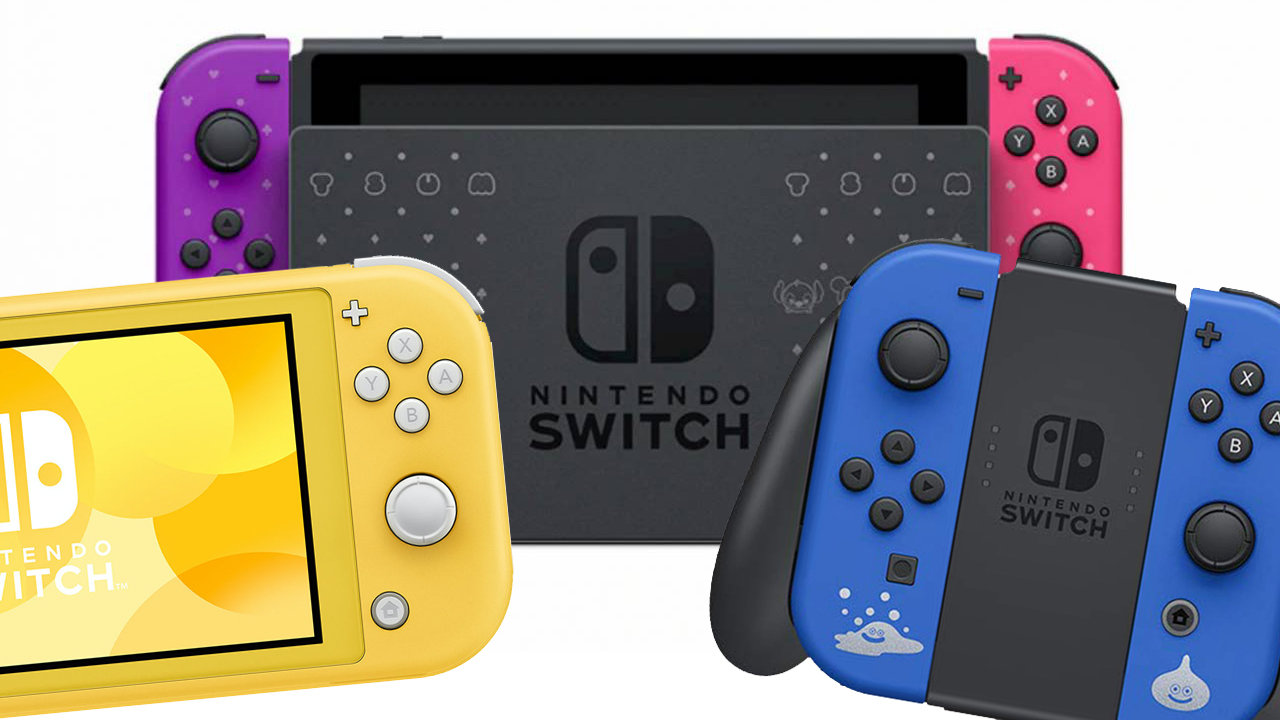 All things, consoles included are region-free. This means you can collect and play from any region without the worry of locked compatibility due to purchase location. YES, I said consoles are included!

What Happened to Level-5?

A few days after my game arrived, the JRPG fan community received some pretty devastating news: developer/publisher company Level-5, responsible for Yo-Kai Watch and RPG classics like Dark Cloud and Ni no Kuni, announced that they would be halting operations in North America. This puts fans in a bit of a limbo state. Will we be getting the announced releases of Yo-Kai Watch 4 and Inazuma Eleven in the West, or does this announcement mean that even previously promised titles will no longer be arriving? Looking into news sources, information is fairly sparse. Following a series of lay-offs at their Western studios, it would appear that this move had been a long time coming. All we’ve had since the initial finding of the closure is just more silence — sadly, something we’ve been used to since the release of Snack World: The Dungeon Crawl – Gold in February of this year.

Importing can be done in a variety of ways, but one of the easiest ways will be through popular online retailers like Amazon or eBay. While alternatives do exist, like Play Asia, Nin Nin Game, and Japan Stock, I find that the best deals can be found on the more popular retailers if you’re patient, and you can avoid steep prices and shipping costs. The waiting game can be a major put-off for some when it comes to finding a deal though, so if you can’t wait, definitely be sure to shop around and check website or seller reviews to make sure that your purchase will arrive in a timely manner and be a legitimate copy of the product you’ve ordered.

I have had some interesting eBay experiences in my life where I received knock-offs or reproduction cartridges for import titles when I paid for a real game. Gaming communities like our own Discord and collector groups on social media can be a great place for asking questions and finding reputable sellers. Be prepared in the current world to wait a little bit longer for something shipped from overseas instead of locally, as Coronavirus precautions require significant holding times for products transferred between regions. 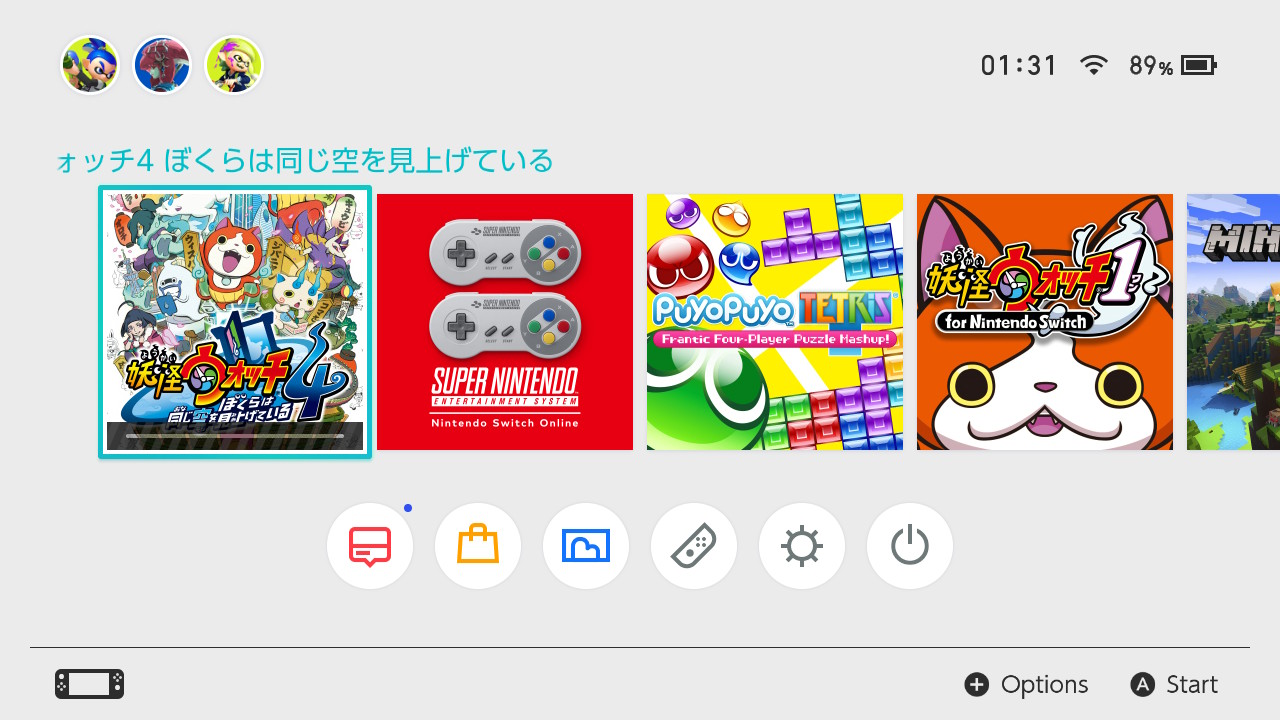 Once you’ve gotten the DLC, you can kiss the game’s original icon goodbye, as it’s about to be replaced by the 4++’s more awesome red icon!

The Japanese eShop and DLC Acquisition

Creating a Japanese eShop account is actually one of the easiest processes I’ve been through. When creating the account, you can do so either directly on your Switch, or at http://accounts.nintendo.com/ on a PC or smart device. When confirming personal information, just set your country/region of residence to Japan, and create your account with your other normal info. Once the account is created, you can make a new user on your Switch and sign in, then verify the security code given to you via the web browser on the PC or smart device. Then,well, that’s it – you’re done!

Having the account is not the end, though. While you can redeem any Japanese eShop codes you buy through online retailers and claim gold points via imported game cards, purchasing games through the eShop itself is just a little bit more involved. One thing worth noting is that DLC purchased on the Japanese eShop can only be used on the Japanese Switch account tied to the purchase. So, if you’re like me and want the full experience provided by the ++ DLC, you’ll want to be sure you’re launching the game from the alt account instead of your main. Additionally, for those without a valid Japanese address, getting eShop credit is not daunting at all. You can tie a PayPal account or just order Japanese eShop cards from online retailers.

I chose Play-Asia due to having good experiences with them over the years, but other retailers like eBay and Japanese Code Supply have worked for many people. With your account set up and a payment method secured, you’re ready to purchase and download anything your heart desires – a process made fairly simple due to the fact that the eShop layout is exactly the same in Japanese as you’re used to, albeit in Japanese. Happy Hunting – and be certain to snag any deals you want to play with leftover credit. You can actually play their English counterparts, because I 100% purchased My Time at Portia on the Japanese eShop and have been fully enjoying the English version download with zero issues. 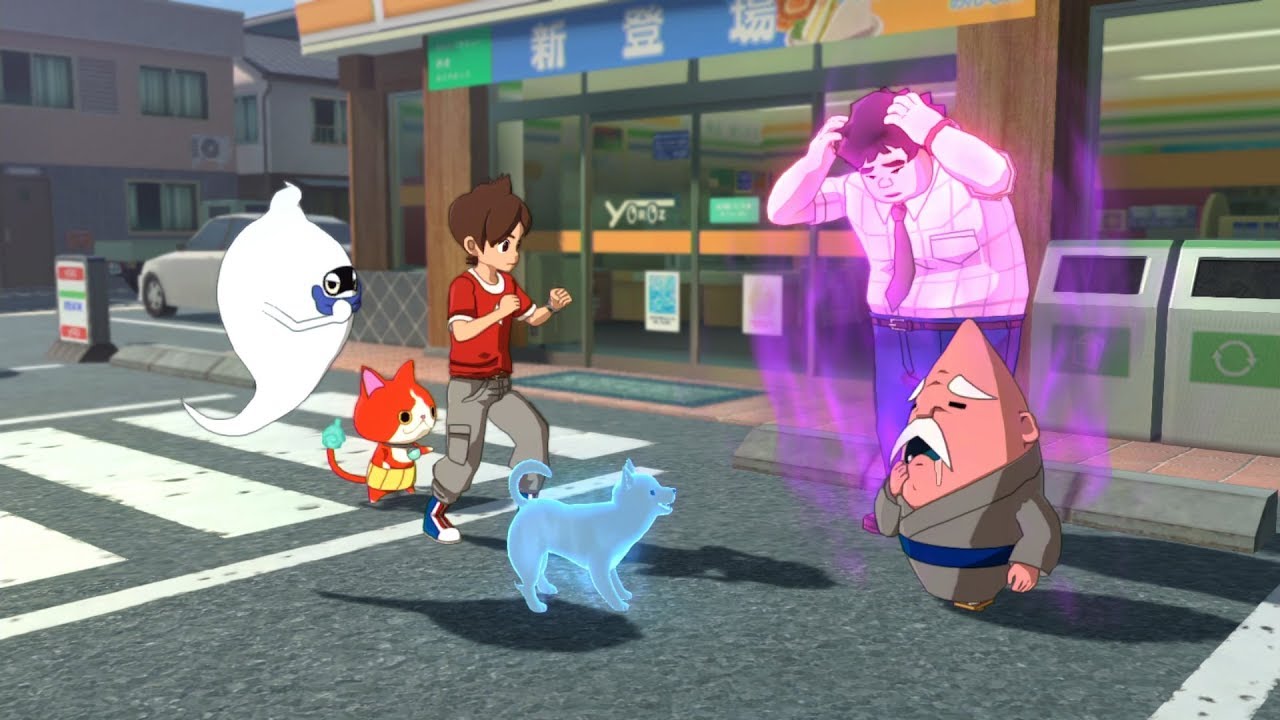 Himojii, the ancient and toothless looking Yo-Kai that seems to be causing this man to suffer, appears quite a few times in the early game. Before long, you too can scream “HOW MANY TIMES MUST I TEACH YOU THIS LESSON OLD MAN!?” before knocking it around a bit more.

With my game card inserted into my Switch and the DLC successfully downloaded, I went ahead and launched the game. While the intro was a bit hard to follow, I was able to pick up a bit of what was going on with my incredibly limited language ability and the context clues in the cut scene. Before too long, I was greeted by the familiar walls of the protagonist’s room along with my Yo-Kai friends Whisper and Jibanyan. The opening dialogue did prove to be simple, and I was able to understand a lot of what was going on. The game is mostly written in Hiragana and Katakana, the most basic of writing systems in Japan. While Kanji is present, it’s also expressed with the small kana written above or beside it, called “furigana.” In Japanese, if you don’t know or don’t feel like writing the kanji for a word, and it’s not a recent loanword, you default to hiragana, so even beginner readers like myself can follow along with our limited understanding.

Having my character’s mom send me to the store for eggs and milk and actually being able to follow along was a particularly interesting feeling. Reading the party’s excitement over ice cream, dealing with Yo-Kai inspiriting my friends, and catching up with some buds from school was definitely hectic, but as a person who wants to learn the language and wants to be able to be better at understanding the writing, this has been an amazingly immersive experience for me. Once I polish this game off, I know for sure that I’ll be headed into my next import title with a little bit more skill under my belt than I had before, and that not only makes me proud but also super excited for what’s to come.

IT IS ALREADY LOCALIZED

Wait is it? Where can i buy it?

http://www.play-asia.com is where I got my copy!

It is not currently localized in English to my knowledge, but I mean, if you have a link I’m willing to double-dip 🙂

Aww it’s been over 2 years, why can’t anybody translate it…