I don’t think that it comes as any surprise that many JRPG fans are enjoying the recent release of Dragon Quest XI, and although my full length review is still a ways away, I just have to break away from the game for a moment to bring something into the limelight. Today, we are talking interior design, and before you dismiss the notion whilst simultaneously revoking my man card, let me explain.

Towns in any RPG are typically an integral part of the game. Not only do they often serve as a sanctuary from the horrors of the open world, but can also be a focal point for story content and give access to a plethora of purchasable knick knacks of varying degrees of usefulness. It is not too uncommon to have your breath taken away at the discovery of a new town in any well-crafted RPG, but when is the last time you went inside its various buildings and were actually stunned by its attention to detail rather than it simply being a means to empty the pockets and pantries of its inhabitants? 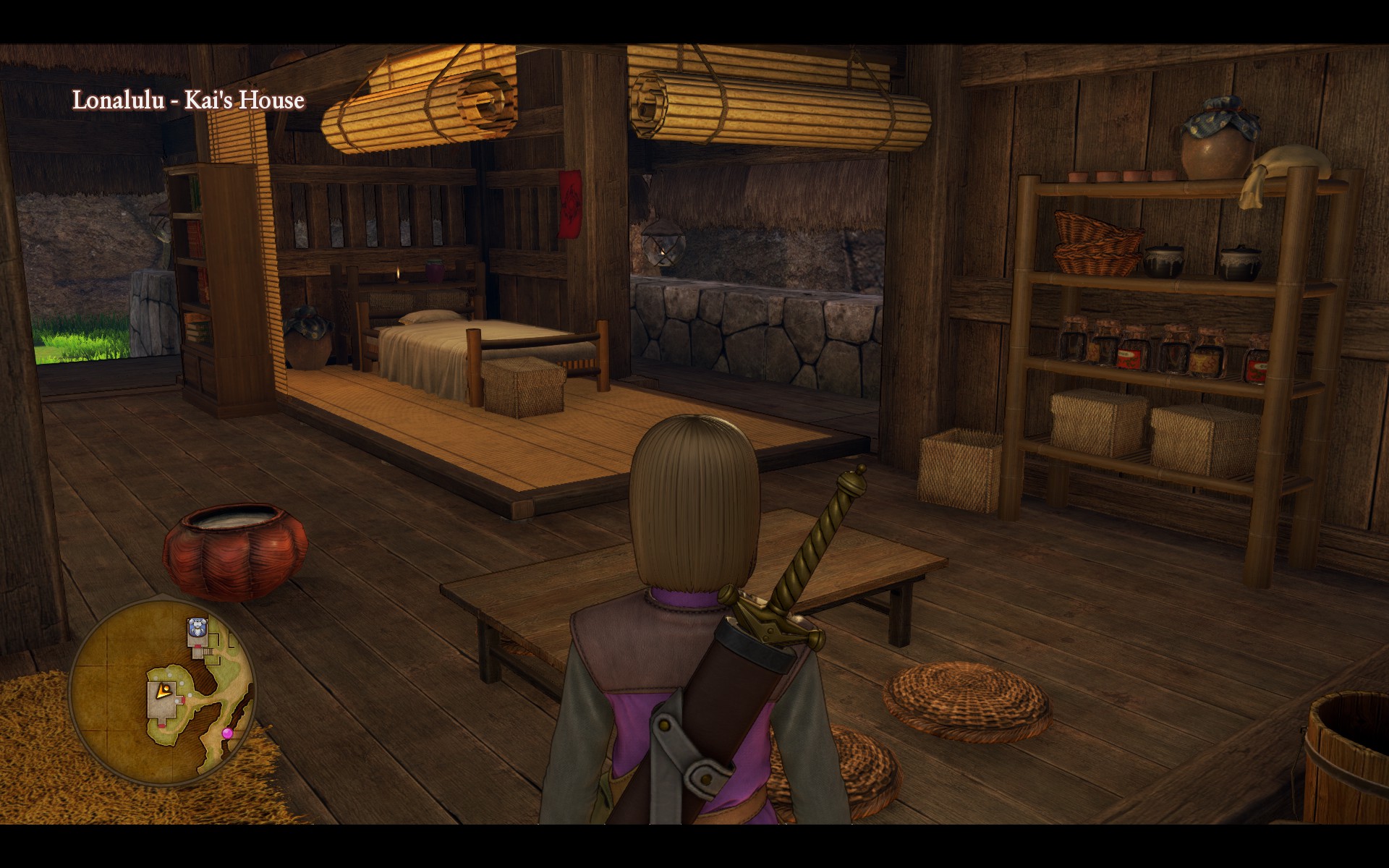 Dragon Quest XI does this to perfection, and the key to its success is the fact that the design is highly varied, paving way to an organic, lived-in feel regardless of where your feet might take you. But it’s not just variety that makes it special, as variation alone can only take you so far. This is why games with procedural generation may not always play into the overall immersion factor due to limitations of the mechanic itself (ie. you can’t always make things look and feel natural without some level of human intervention in the process).

While I’m not here to say that they hand-placed every single interior object, I wouldn’t dismiss it if it were to be confirmed either. Like, I seriously get giddy at the site of a new town because I know that there’s a ton of eye candy to be had while I’m exploring it (and no, I don’t mean those puff-puff vendors either).

I honestly struggle to think of a game that has released in the past decade or so that has been as capable as Dragon Quest XI in terms of its inherent interior immersion factor. Just last night, I came to a seaside village and probably spent a good five minutes browsing the clutter within a weapons and armor shop. Breastplates, helmets, and various melee weapons were stocked on the shelves behind the counter, but not in a robotic fashion.

Some spears in a weapon rack were slanted rather than standing upright and armor pieces adorning a shelf were not all facing the same direction. While it may not sound like much, this attention to detail is something that, I feel, is rarely injected into modern RPGs. And as much as I enjoyed experiencing a game like The Witcher 3, I never found myself with the same level of desire to take in every nook and cranny of its buildings as I have, so far, in Dragon Quest XI. 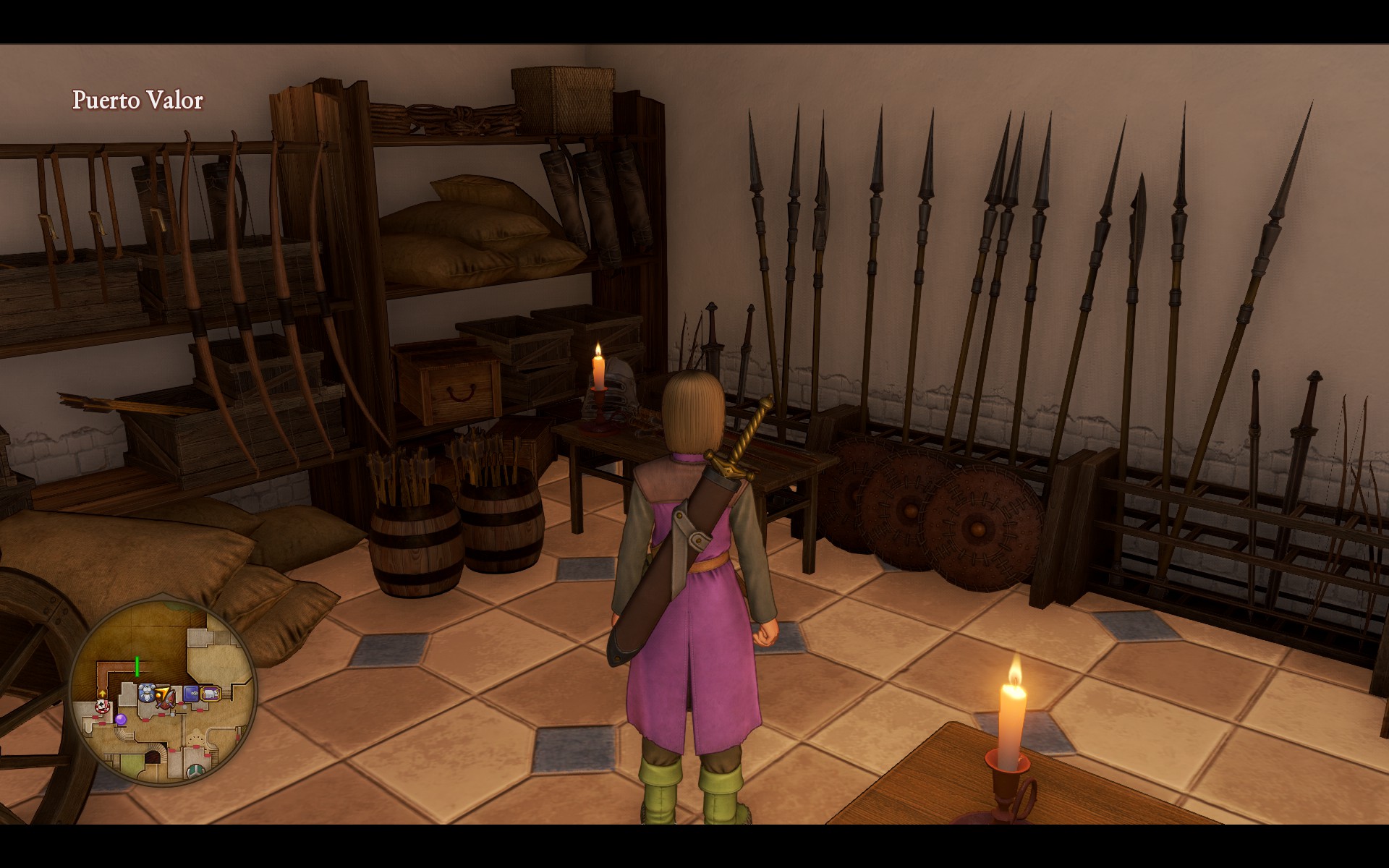 The crazy thing is that we have yet to even factor in the uniqueness of the inhabitants themselves, or the vast variety of building architecture you’ll come to experience during your adventure! I could talk about those things with the same amount of detail and excitement as today’s bullet point, but I’ll save that commentary for my full review. Before Dragon Quest XI, if you were to tell me that I would be so inspired by interior immersion alone to write a short excerpt about it, I would probably laugh at you for it. Now, I’m just laughing at myself.