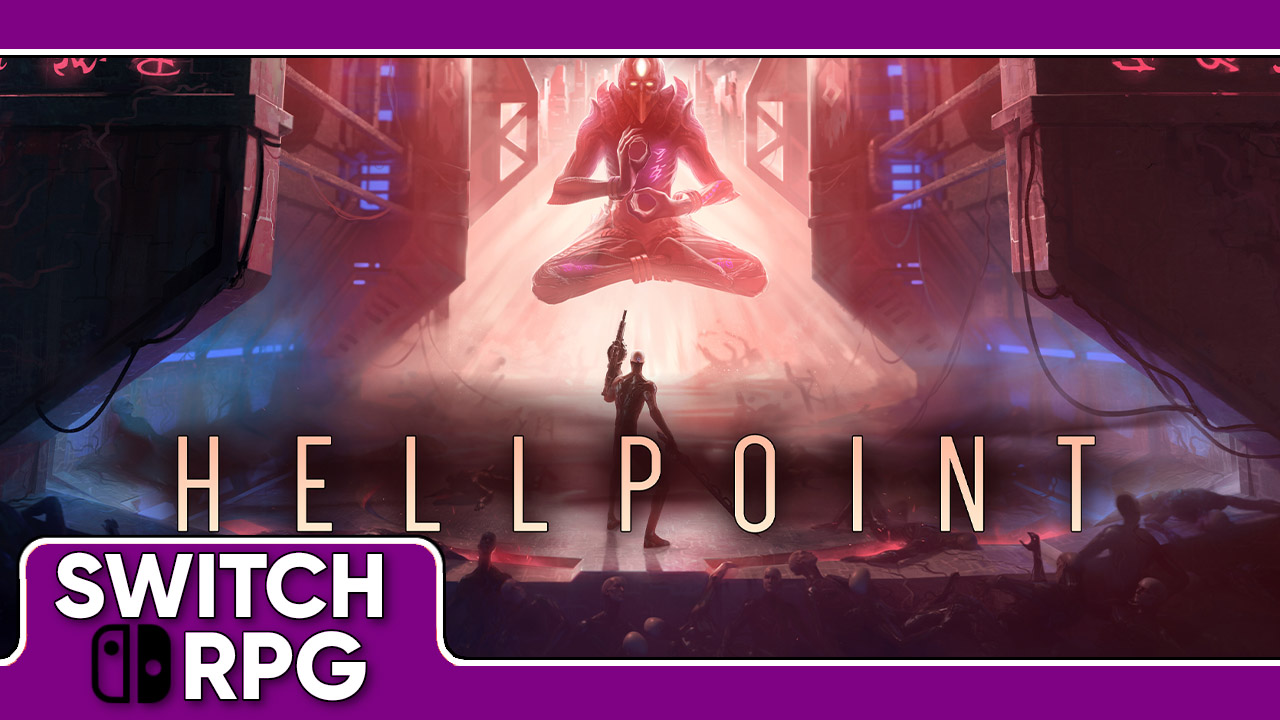 If you are new to Soulslike games, or even if you aren’t, Cradle Game’s Hellpoint learning curve is steep enough that we thought a few beginner tips might help those members of the SwitchRPG community braving the journey to Irid Novo for the first time. Like the term “soulslike” suggests, Hellpoint is deeply influenced by From Soft’s Action RPG Series, Dark Souls. For the uninitiated, this means challenging world, combat, and game design in numerous and often surprising ways. The long and short of it is that Hellpoint is a game that takes place on Irid Novo – a Space Station that is going to do its best to kill you…a lot.

This is a brief article. That means I’m going to focus on the things Hellpoint does that souls-like veterans may not realize as well as shedding some light about how you’ll be spending your time in the death trap that is the Irid Novo. The game drops you onto the station with very few directions beyond the basics and expects you to explore, hack, and jump your way to victory. Now, this is a key part of the fun for fans of soulslike games – having to figure it all out. So please do try it on your for a bit before continuing to read if you want a fresh experience.

Okay. Now that only people who want help/small spoilers are here, I can reveal to you that after a beginning area and a tutorial-type boss fight, you’ll make your way to the Observatory.

Tip #1: The Observatory is Home Base 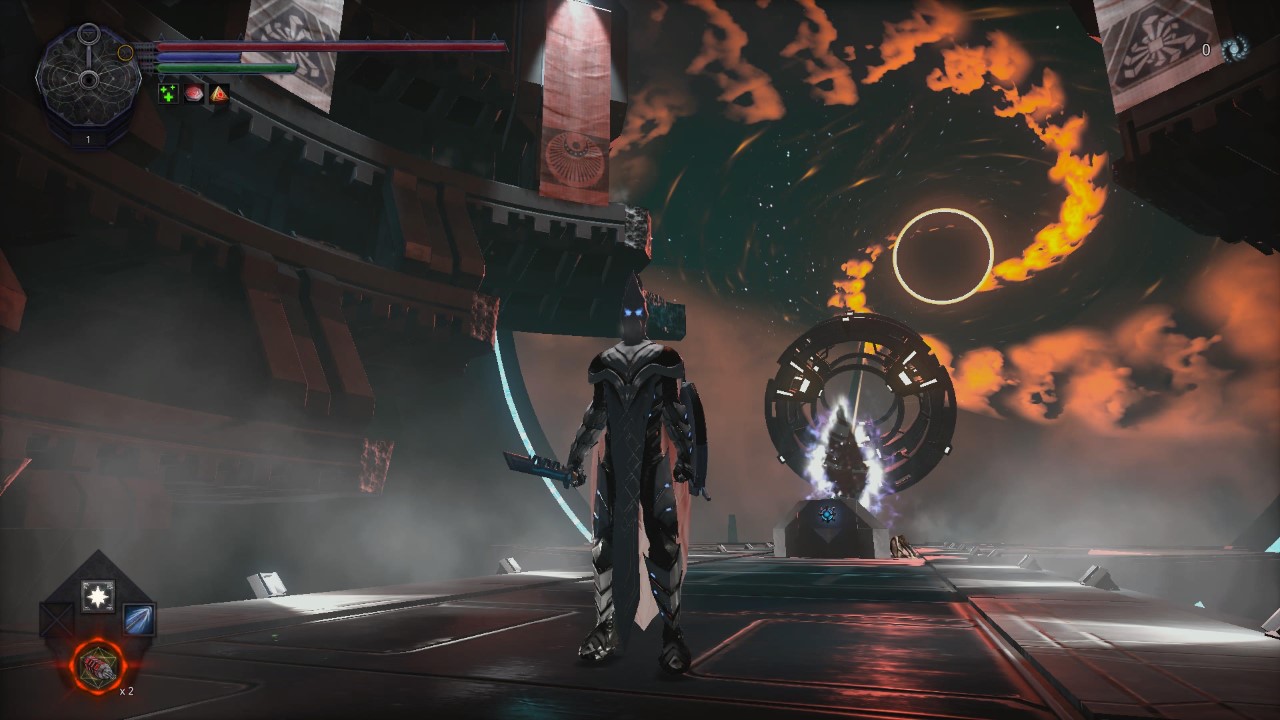 This is your base of operations. The first thing you need to do is explore it from top to bottom. And I do mean that – from the very top to the very bottom (though you can’t quite access every area yet). Why? Because this room is a good microcosm of the twisted routes, jumping challenges, and platforming riddles you’ll find in the rest of the game. It is here you can practice jumping in a combat free environment right next to a spawn point. Plus, you’ll find lots of items for your efforts as well as entrances/exits to the room you should note for later exploration. Not bad for learning to jump in space!

Right in the middle of the Observatory, you’ll find one of many “breaches”, which works as your de facto firekeeper and bonfire. That means you can level here, you can fast travel here (eventually), and you can do other things that affect your game world. Just like most soulslike titles, you drop all of your axions (Hellpoint’s version of experience and currency) when you die and respawn at the last breach you used. So keep an eye out for more of these as you explore. They become your safe spots. 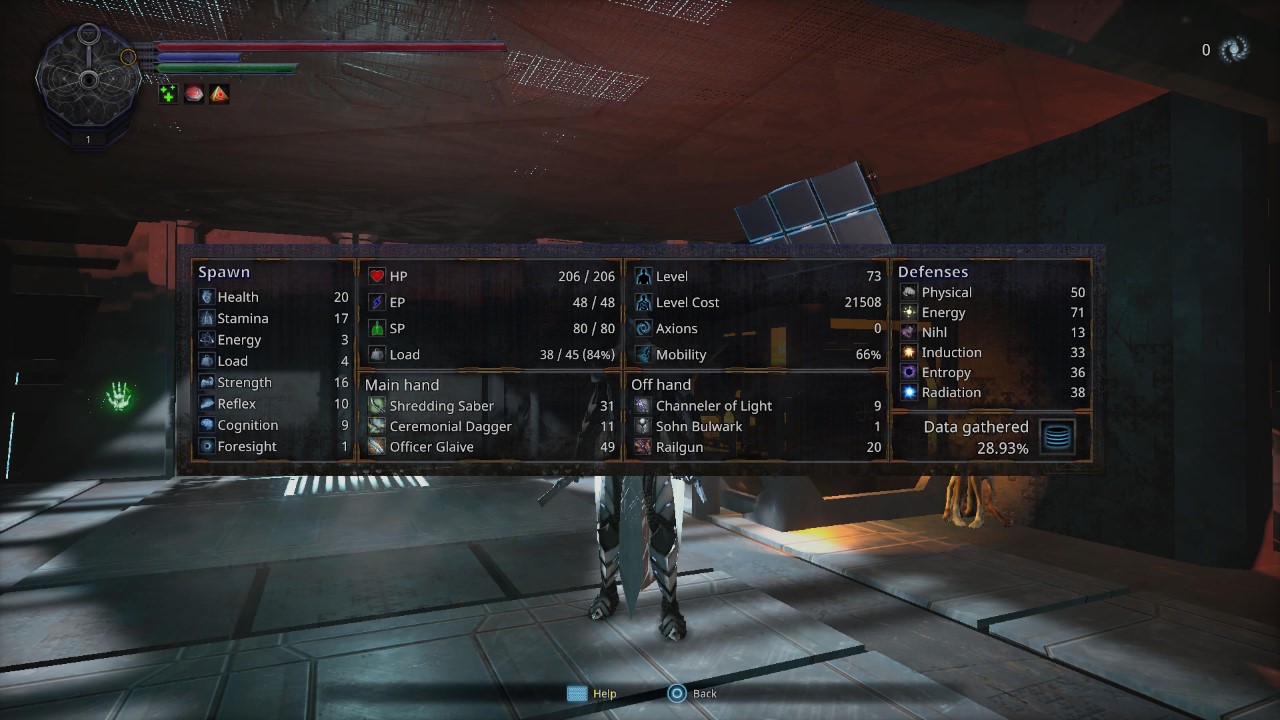 There are all kinds of ways to build your character in Hellpoint, but a few points spent in the right stats right from the get-go will make life a little easier for newcomers. If you are a veteran souls player, Cognition and Foresight will be new names to you, but just know that cognition scales damage for firearms and foresight for occult weapons (magic). Load is quite literally your equipment burden and energy determines the size of your blue “mana” bar, if you will.

Please note, energy can be used for more than just magic. In fact, it’s pretty essential no matter what weapon you use – but it doesn’t mean you need tons of it. More on that in the next tip. For now, consider putting your first few points into health and stamina. You will be running out of stamina quite a lot at key moments if you don’t invest in this stat. There are going to be waves of enemies at points and the difference between having stamina left and running out is huge. That being said, you can’t die unless your HP runs out. No matter what kind of damage enemies throw at you, a bigger health pool will allow you to survive a little longer, thus increasing your margin for error as a new player learning the ropes. The returns per level seem really small, but stats scale slower here than other places.

What about damage? Once you figure out what weapon you like to use, go ahead and put stats into strength or reflex accordingly. In fact, you may need to put a few into these to begin with just to equip the weapon you like (you’ll find plenty from killing enemies as well as just exploring and picking up every shiny object you see). But know that you’ll be able to increase your damage output in ways other than pumping Strength and Reflex once you reach The Observatory, so focusing on survivability for the first few levels will just make your first few hours that much smoother. 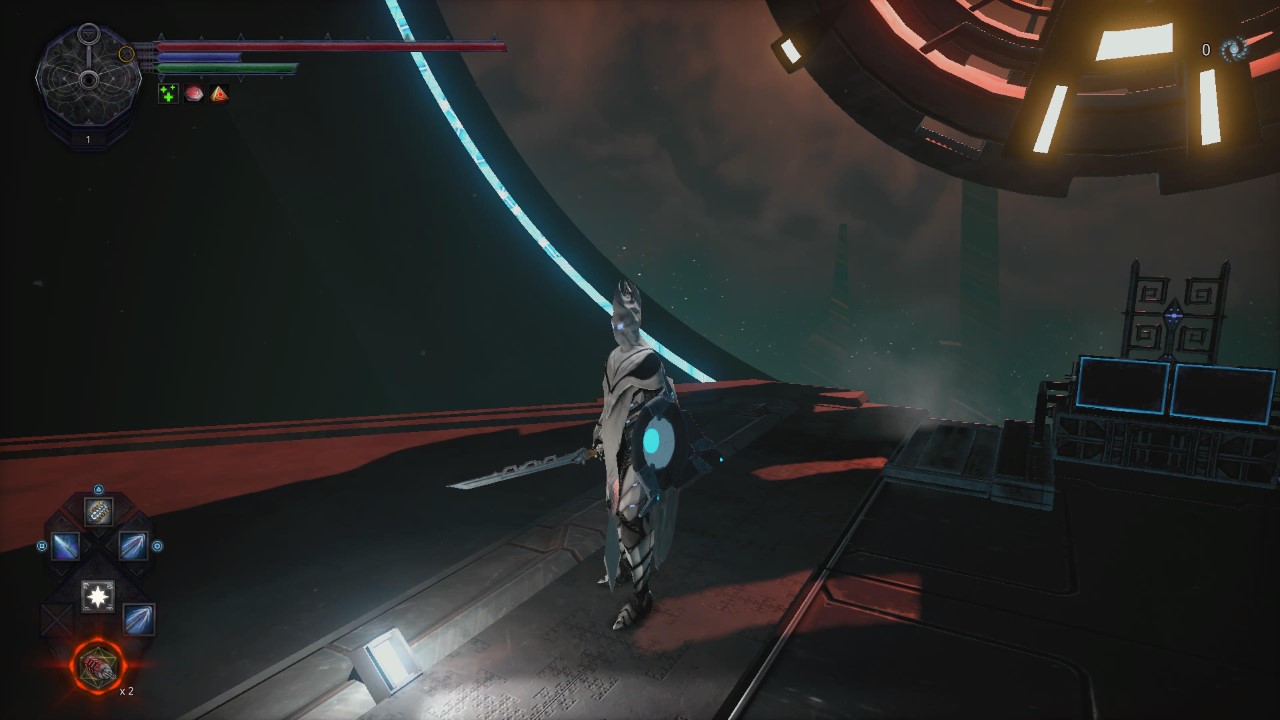 This is a big departure from Dark Souls and it is pretty easy to miss if you aren’t curious about everything on the screen, but in Hellpoint, as you use a weapon more, there is a meter that fills up with nodes along the way that unlock passive bonuses and even new moves. These moves include both renewable buffs and new attacks. Both require energy (blue bar) to use. Speaking of which – firing your gun also uses up your energy. One interesting note about weapon moves is that while they cost stamina, I’ve been able to use them even when my stamina is too low. I haven’t tested this on every weapon or move, but I’ve been able to pull off a weapon technique to get out of a jam when I ran out of stamina.

Just a few points into energy will give you a large enough pool that you can easily refill it with a few melee attacks here and there. So you want to find the right balance of regular attacks and special attacks. Big key here – you start over unlocking new passives and moves on new weapons. So plan accordingly. Maybe don’t try that brand new big looking weapon on the boss, but instead stick with the one that gives you greatest advantages in terms of powerful moves or buffs to finish them off much more quickly.

IMPORTANT: To assign an unlocked weaponskill, hold down RIGHT on the D-PAD, this will bring up the pop-up menu you see in the image above. Then click the button of the skill you wish to assign. Notice the default icon for your equipped weapon changes to reflect the move you have active. Then, to use the unlocked move, press X on your Switch controller (requires energy). 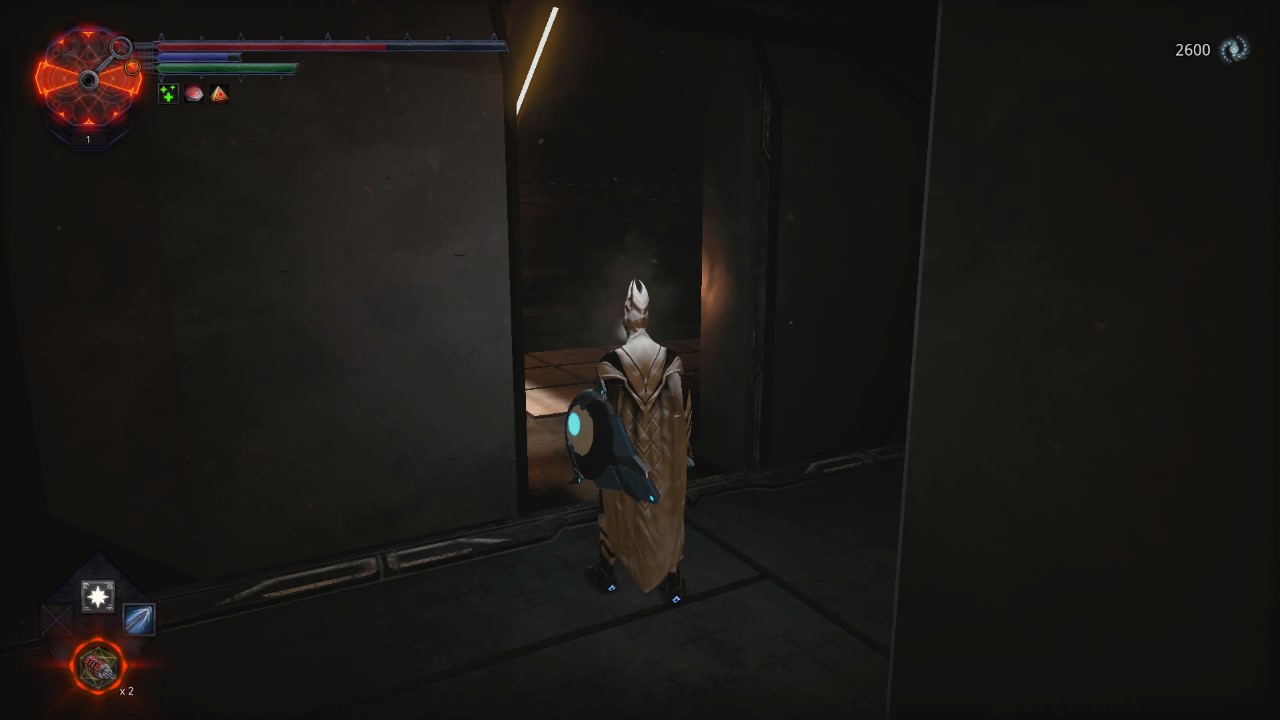 Keep looking for notes left by other players (appear as yellow hand prints) as clues to the presence of a hidden door.

On Irid Novo, side routes, hidden corridors, and secrets within secrets within secrets lie waiting to be discovered. But, nearly all of these mysteries will be missed if you don’t learn to press Y while leaning against walls that look suspicious. You’ll also find a few destructible walls that must be attacked in order to see what’s on the other side as well. So, if you see a shiny item just out of reach and can’t figure out how to get there, try looking for a wall you can open or break. Trust me, you’ll find some crazy loot and stranger things. 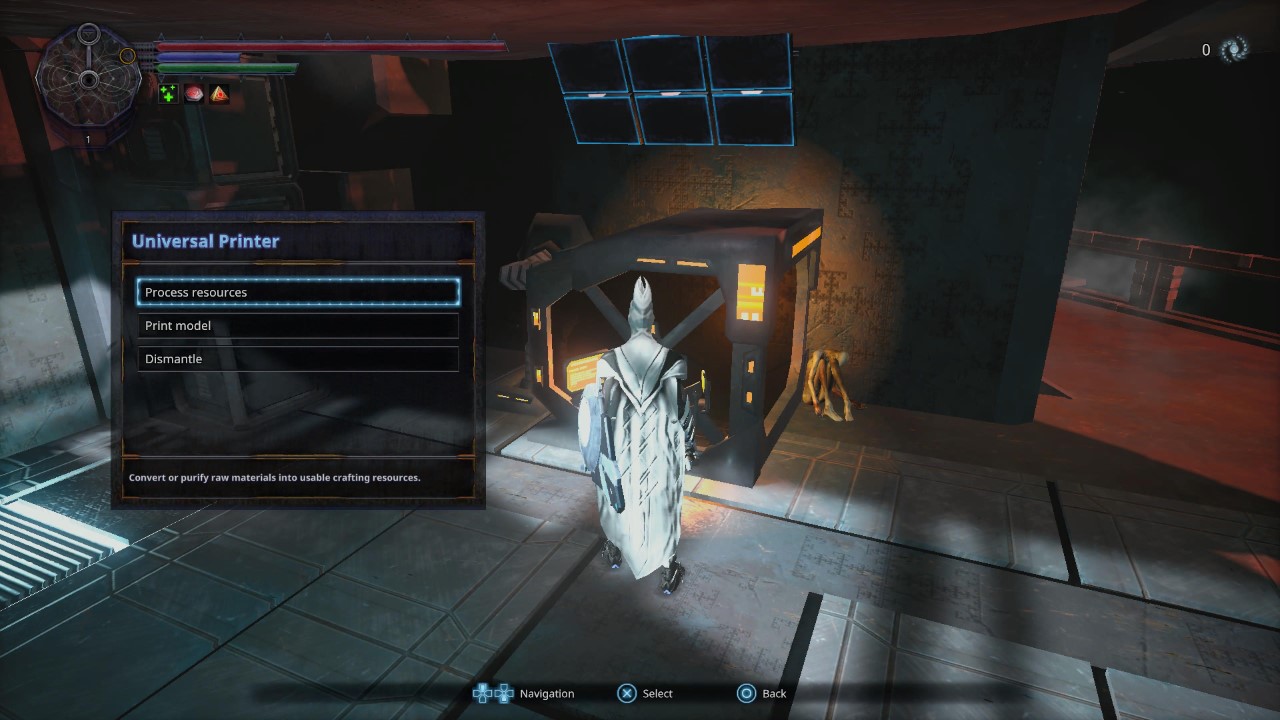 This “Universal Printer” in The Observatory is where you’ll do alot of your crafting, but other kinds of workstations exist…

You are going to find a lot of blueprints for weapons and gear in Hellpoint. Many of these are upgrade plans, transforming lower level armor or weapons into a more powerful version in a way that reminds me of Salt and Sanctuary. You are also going to find all kinds of resources scattered about. It might not make sense at first, but keep breaking down old equipment and collecting resources. Eventually you’ll find the aforementioned blueprints to enhance the gear you’ve been collecting to them to essentially level them up. Or – you may just build brand new items all together – like weapon enhancers that serve as Hellpoint’s weapon upgrade system. Equipping and upgrading enhancers in your favorite weapons will help them to scale exponentially in damage. You just need to make sure the enhancer you use matches the stat you have the most points in. Typically, this will be Strength or Reflex, but you might find some other types as well. All this upgrading and crafting is going to take lots of Axions and materials, so keep collecting and tinkering with workstations until the upgrade loop becomes apparent.

Tip 6: Don’t Ignore that Enigmatic Clock in the Upper Left 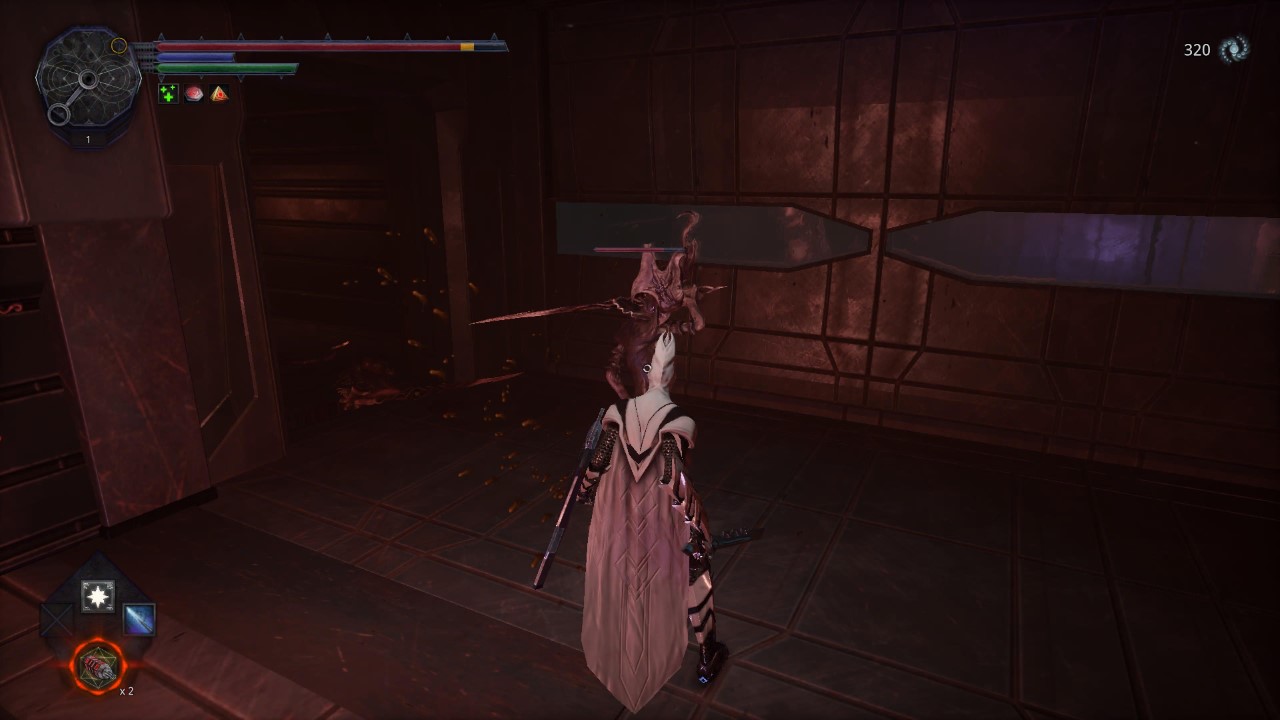 No, those circles and symbols are not moving by random.

This is one of the most confusing elements of Hellpoint. That being said, to fully understand the developers design and what makes this game so unique, you should pay attention to the clock. I didn’t pay much attention to it when I first started playing and I wish I had. I don’t want to say anything else about it, but I wanted to make sure it was clear it was more than a fancy decoration.

Hellpoint is a game that will test you, but it offers Coop and a thriving online community that has already unraveled its mysteries. You have all the support you need to succeed in your quest to unravel what the heck happened on Irid Novo. Why not bring a friend? Remember, it’s dangerous to go alone…

What does the number ‘1’ under the clock mean?