Hands-On with the Oninaki Demo 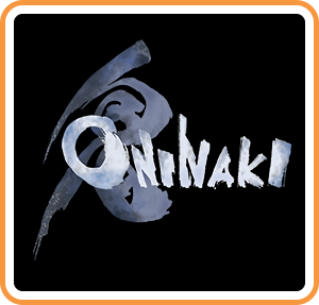 As someone who was absolutely floored by the initial reveal of Oninaki, I was eagerly looking forward to some additional information on the game as we drew closer to its August 21st release date. So you can imagine my surprise and delight upon getting a playable demo from the Switch eShop. Having booted up the game and sunk some time into its two modes of play, I’m here to comment on what I have witnessed, and hope to raise awareness for a game whose potential seems great, but stumbles in a few regards. 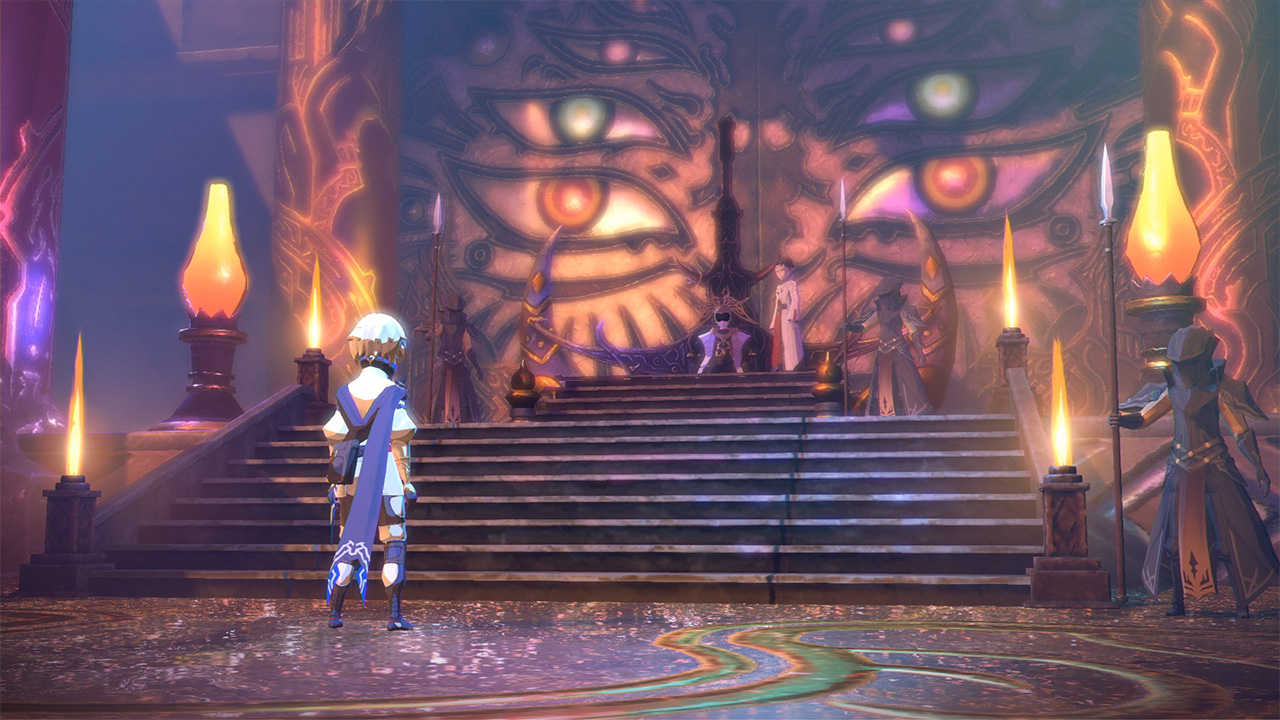 Oninaki is the first Action Role-Playing Game from Tokyo RPG Factory, but the developers seem to have a good handle of the most appealing aspects of the genre. Attack canceling, dedicated dodge buttons, style changing on the fly, a devil-trigger mechanic… It’s all there and quite appealing, but some of these expressive mechanics have their full potential hidden behind the usual leveling mechanics from the Role-Playing genre. The button layout is a bit questionable, with basic attacks being mapped to the y-button, and skills being mapped to the a, x, r, and zr buttons. While this frees up the b-button for your defensive movement option, the skill buttons being mapped on all four shoulder buttons, or at least, a basic attack that rests more naturally in a neutral hand position, feels like it would be better suited. Skills are interchangeable, however, so you can slap your more frequent uses on whichever button you feel most comfortable hitting for consistent usage.

Still, when it works, it works. The game’s combat does feel satisfying and weighty – sometimes a bit too much so. The dodge mechanics are a bit unforgiving, as you’ll need to level up your specific Daemon, or weapon play style, in order to extend your invulnerability. While I understand that protagonist Kagachi is wielding some impressively large weapons, I wasn’t expecting the basic attack strings and skills to be as lengthy as they are. This will definitely be a matter of preference to those who wish to give the game a try, but the early-game doesn’t do the game’s combat many favors, especially when you see the attack cancel and invulnerability options locked behind level-ups and material grinding. 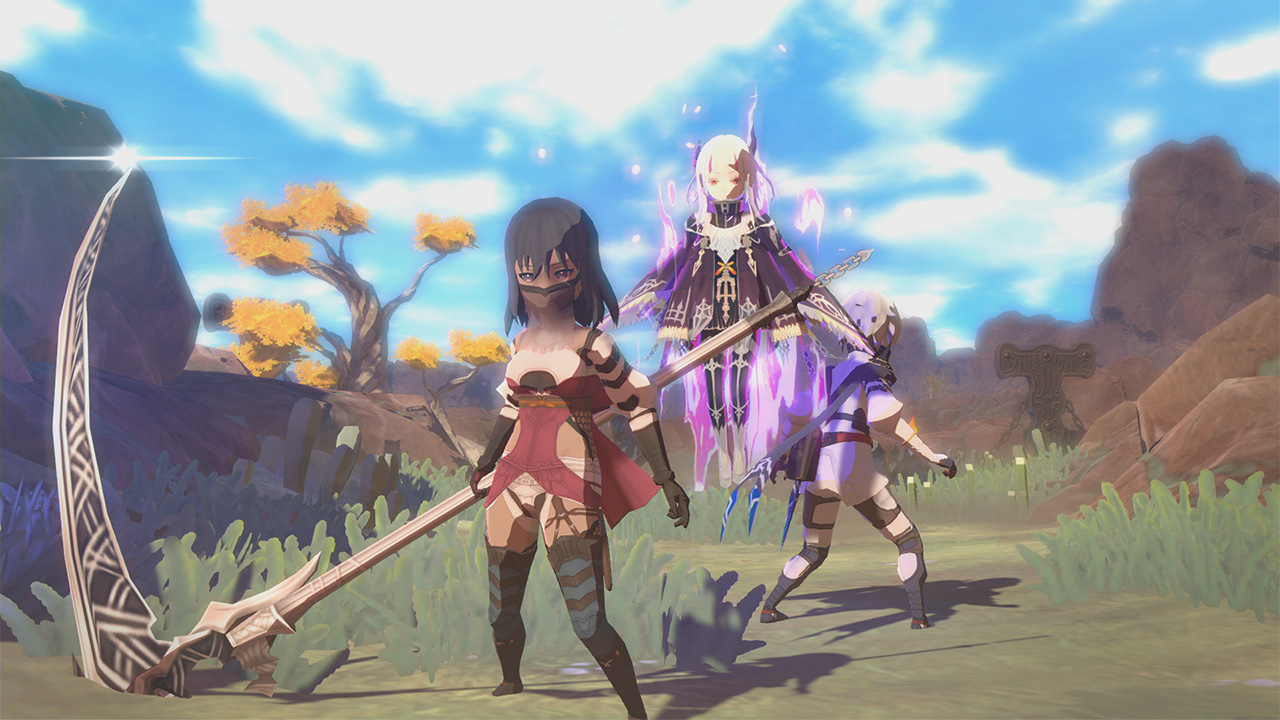 Speaking of which, the mobs in Oninaki are a varied sort, some resembling vaguely realistic animal shapes, while others aim for a more demon-like, monstrous appearance. Though a number possess simplistic attack patterns, there are some with deeper complexities and abilities, including shields and other methods of invulnerability. If you’re looking to feel like a true badass during boss encounters, it’s best to stay on the defensive and feel out the enemy’s attack options, as you need to be confident in when and where you can maximize your damage output. You’ll need to strike down an exhausting number of enemies with your various Daemon attack styles in order to obtain the skill tree keys to unlock their abilities. Though the first tier of these unlocks is about one “key” each, they quickly become more pricey. Fortunately, the enemies in every area respawn at an alarmingly fast rate, which allows Kagachi plenty of opportunity to wail away, experiment with skills, and build up Affinity.

Affinity is the “bond” between the Watcher and Daemon growing in combat, and when it exceeds one-hundred percent, you can activate the Manifest option, which enhances the abilities of Kagachi and the skills of the Daemon simultaneously and exponentially. Building Affinity and managing weapon use are key in preparing for tougher skirmishes and boss fights, as this mode enables movement and attack cancels early on in the game. There’s a delicate balancing act that needs to be performed, as Daemons with over one-hundred and fifty percent Affinity will actually possess a defense debuff, which means you’ll need to either switch to another play style or burn your Manifestation. Despite all of this, I never felt as though the normal enemies game were much of a challenge, though maybe they aren’t supposed to be. However, some of the hitboxes on both the mini-boss variants and the bosses themselves felt punishing. You’ll need to pay attention not only to the limbs of an enemy, but any graphical element that appears with an attack in order to understand where you might get hit.

Each area is a puzzle needing to be navigated – you’ll have to switch between the land of the living and the dead if you want to interact with certain objects and fight specific enemy types. Pushing further into the realm of the dead requires the player to vanquish a Sight Stealer, a more impressively powerful enemy whose presence cloaks the realm in shadow and makes Kagachi particularly vulnerable. One particularly irksome aspect of this realm-switching ability is that you fill out the map on only one realm or the other, not both, despite their near-identical nature. Although this realm switching is accompanied by an impressive lighting change and aesthetic alteration, enemies aren’t exclusive to one realm or the other, so the bright blue butterfly creatures that seem more at home in the realm of the dead can also end up hanging out in the realm of the living. 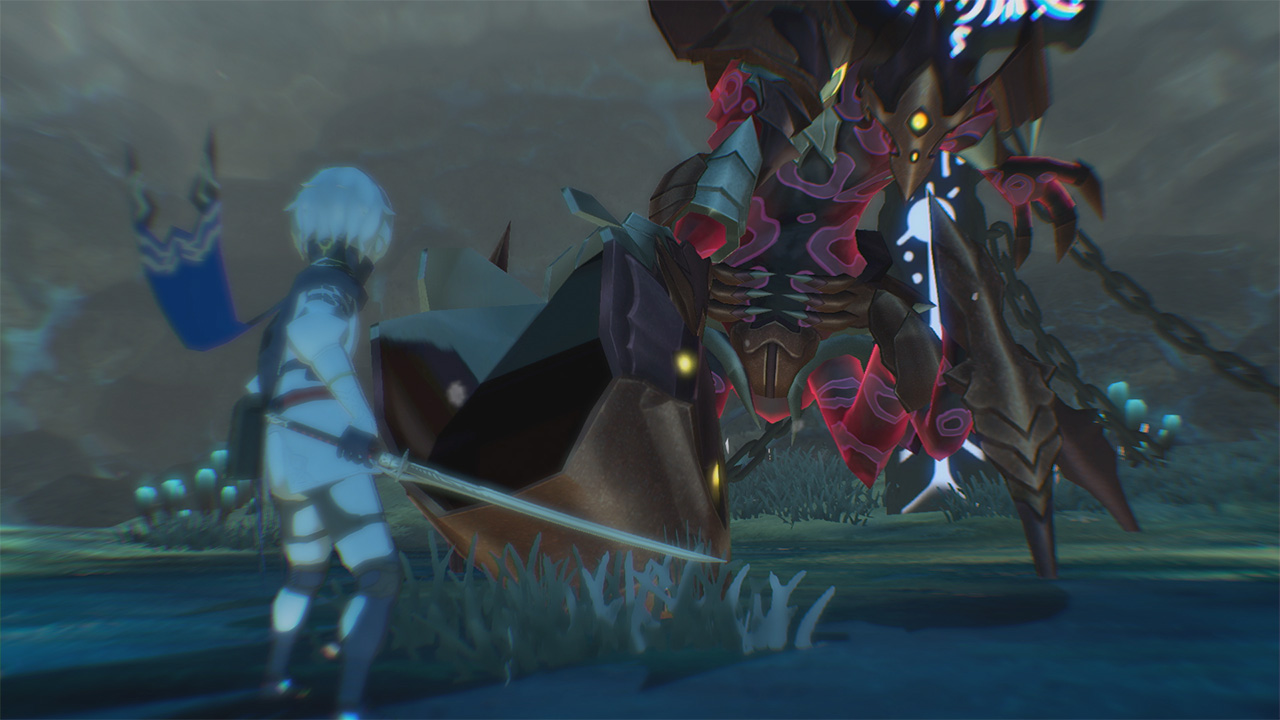 Oninaki starts as Square Enix RPGs often do- with a lot of cutscenes establishing context, and a great deal of dialogue within. The setup here isn’t too bad, though – protagonist Kagachi spots a mysterious girl on the eve of his parents’ death, and becomes fascinated with her presence as he grows up and joins the Watchers, emissaries of reincarnation in this strange land. The spirits of the dead are always reincarnated to a new life, but if they have past regrets or uncertainty, their grief can stop them from making the journey properly. Kagachi and his fellow Watchers must investigate and figure out what is causing the unrest in the dead, rectifying it in order to maintain balance. This results in two scenarios that Kagachi handles very differently.

In the first, you escort a prematurely-passed young boy to his parents’ house, only to find that they regret leaving him alone and would rather both die in order to be with him. It’s bleak, but it also sets a vibe for the story that immediately jolts the player from the moral boundaries of the real world. Oninaki is set in a vastly different culture, where the cycle of rebirth and death is extremely important and well-defined. In another scenario, Kagachi helps investigate a death-cult whose mass suicide was orchestrated by a corrupt member, of which a lingering soul remains suspicious. It turns out that the man encouraged the act so that he could profit off of what was left behind, but his disrespect for the dead is handled in a trial, rather than by Kagachi’s blade. 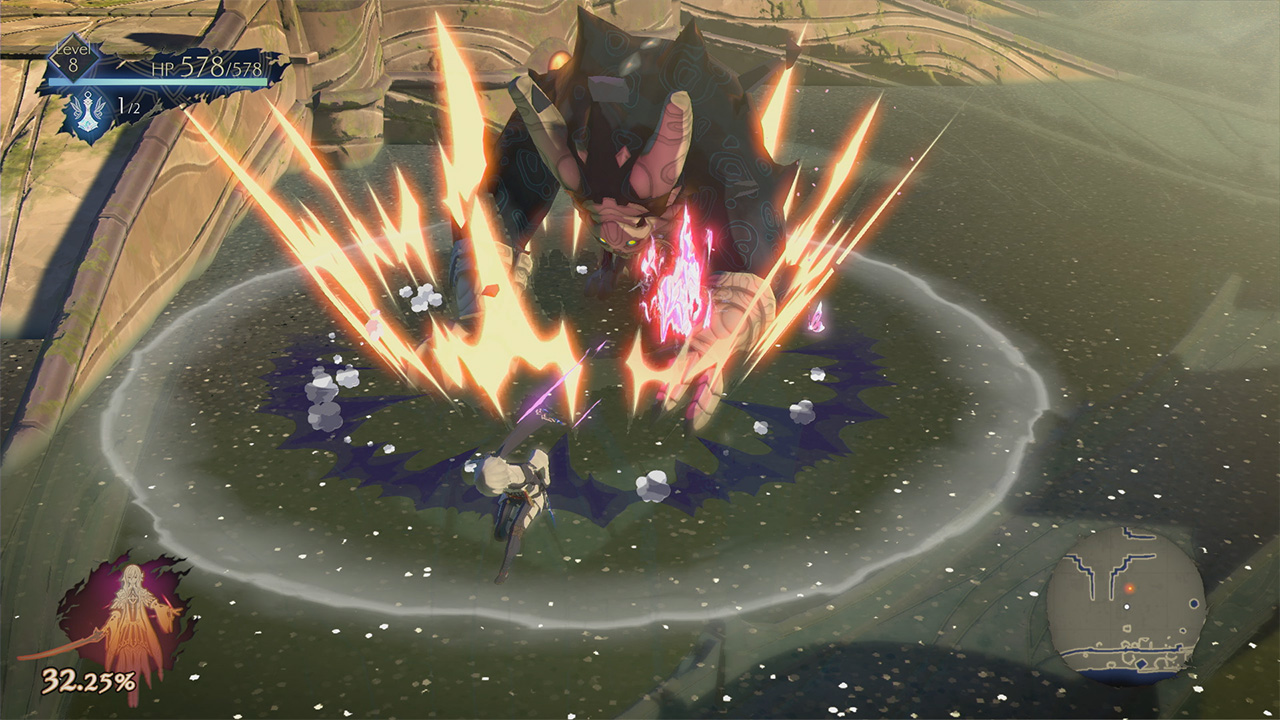 Protagonist Kagachi is a bit of an enigma, possessing a very blunt personality that clashes with the sentimental duties he must carry out, though his justifications for his behavior make some sense within the context of the world. The demo ends with some mystery and intrigue, but there seems to be plenty more to explore in this world, especially after the usage of these two very different narrative scenarios. I’m curious to see where the game could go next, and whether the circumstances surrounding and responsibilities of Watchers are elaborated upon further.

If there’s one area where Oninaki truly excels, it is in art style. The shifting between realms effect is indeed impressive, but the character models (both in-gameplay and portrait) and world-building are also excellent. Strolling through town will offer you the chance to not only speak with citizens about the strange goings-on, but pick up on non-interactive speech bubbles for less-important flavor text and dialogue, which helps bring a lively atmosphere to the game. While dungeon design isn’t going to blow your mind, the locales are nice enough – when Kagachi isn’t simply stalking through muddy streets, that is. Though the home of the death cult is a stark contrast from the vibrant areas elsewhere, its particularly barren and brown, and filled to the brim with breakable pots that are all strangely empty. Come on, I’m not breaking these things for fun, I’m expecting one of them to have something valuable in it!

The lush plains of the first area are much more stimulating, so it makes sense that the developers would try to drop you there first. Enemies and allies alike have great character models, mixing a high texture, low-polygon look akin to Lost Sphear and The Alliance Alive, and the animations effectively communicate the heft of each attack. While they also help telegraph what each enemy is going to do, you might have a bit of trouble avoiding attacks because of the locked dodge canceling. 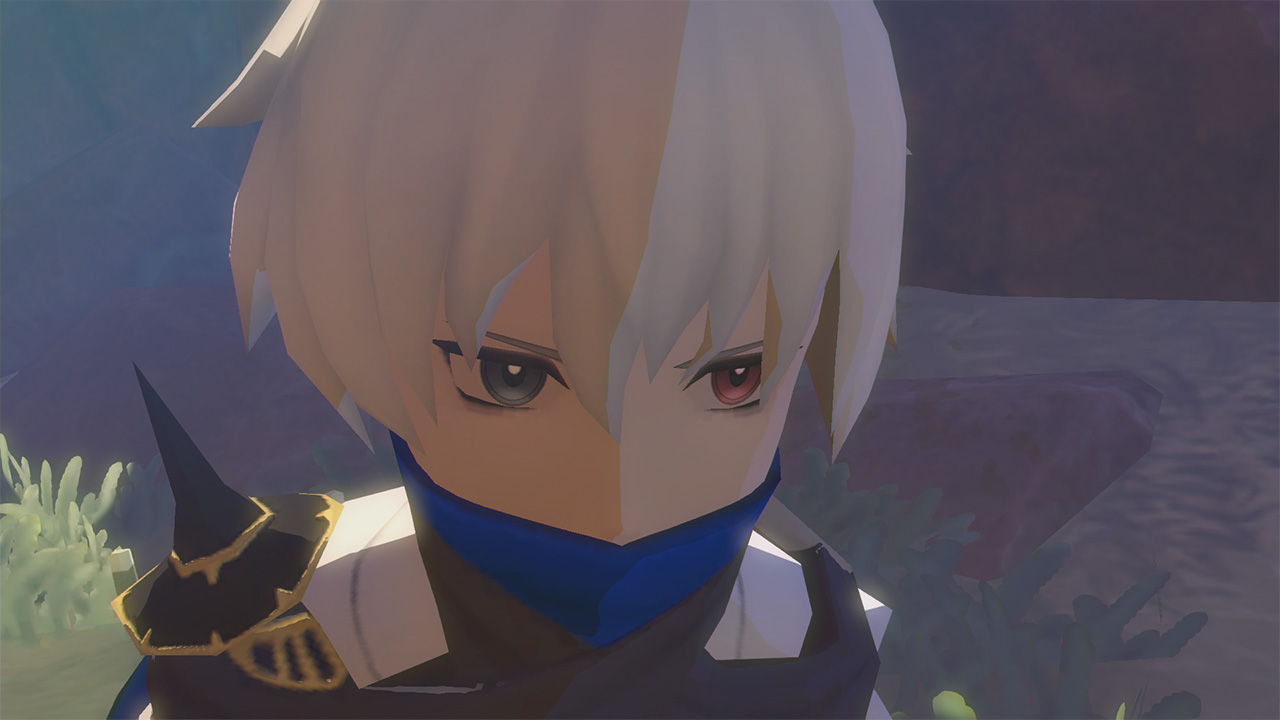 With a very unique premise, solid mechanics, and a very nice visual style, Oninaki’s demo left me wanting more for various reasons. The Battle Mode feature allows players a sneak peek at what a full ensemble of Daemons looks like, with a hammer and scythe added into the mix. Even with these weapons unlocked, I still felt a bit sluggish in combat, and the inability to level up skills meant I couldn’t take advantage of the passive buffs and cancel mechanics these weapons could possess. I did feel like there was some odd slowdown occurring in cutscenes and battles (outside of slaying a Sight Stealer), though that may have been for dramatic effect – I’ll need to look into this further.

The most appealing aspect of all, however, is how straightforward Oninaki seems to be, in both premise and mechanics. Lost Sphear layered on a variety of battle mechanics to the point where the options seemed overwhelming, but Oninaki’s skill trees do a great job telegraphing what areas you might want to invest your experience. The core mechanics of combat – skills, Affinity, and Manifesting – play into each other, and present a satisfying feedback loop that will have players continuously experimenting in the monster-infested environments. The skill trees highlight the precise strengths of each weapon and how they mesh with the aforementioned mechanics, which is why I was a bit disappointed you can’t peek at the scythe and hammer trees in Battle Mode. If you haven’t given the demo a look yet, I encourage you to do so, as it feels very much removed from the developers’ previous works, yet still exciting, all the same. If you have already given Oninaki a try, let us know what you thought of the systems and story in the comments, and keep an eye out for further coverage when the game launches later in August.