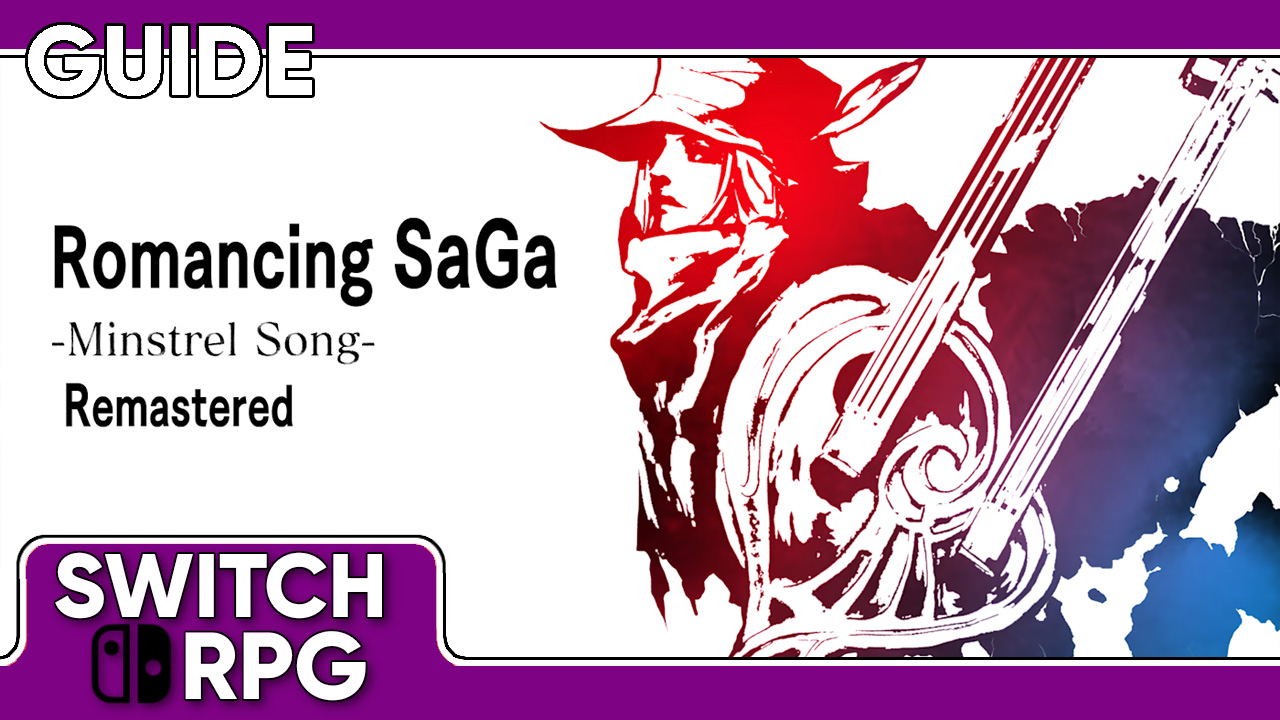 SaGa has been the antithesis of handholding for over three decades now. And while the vagueness, crushing difficulty, and subsequent thrill of discovery have always been part of the fun, there are many things one could know upfront that could improve the overall experience, especially for a newcomer to the series, without necessarily ruining the fun.

Having just wrapped up my second playthrough of Romancing SaGa: Minstrel Song Remastered (review coming soon), I’ve decided to compile a list of things I’ve learned along the way that may very well help others as they begin their own adventure. 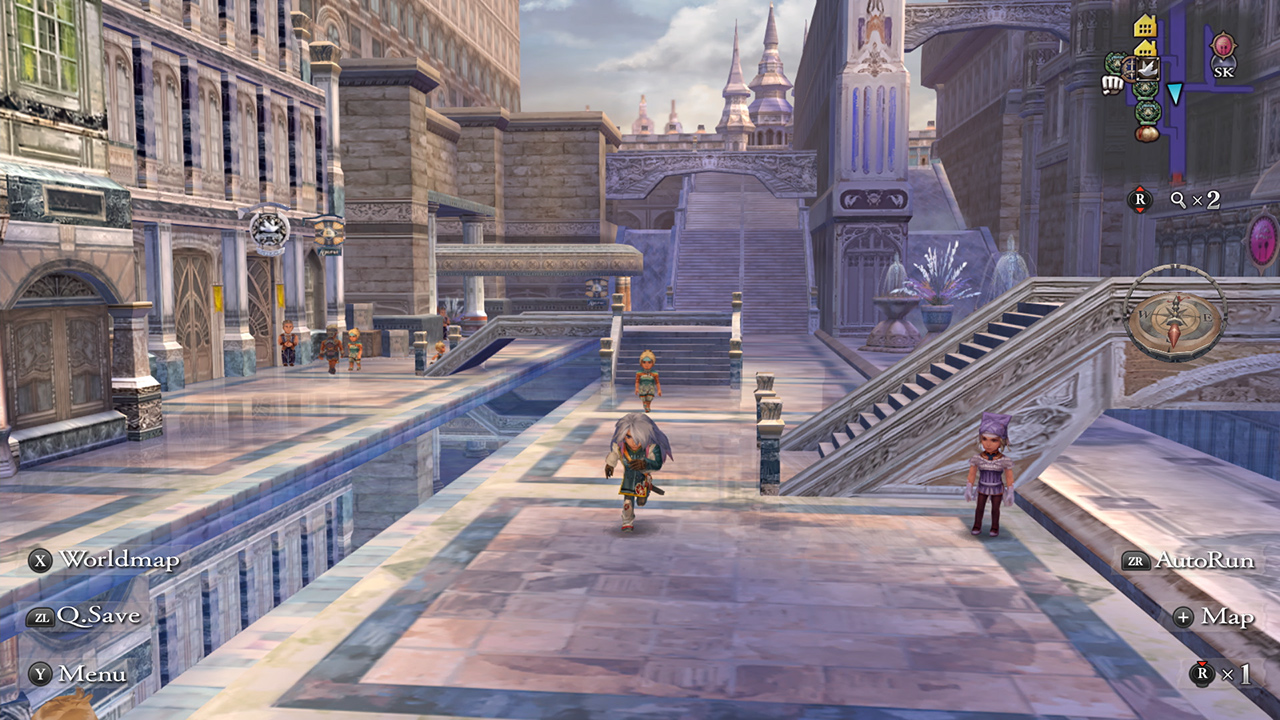 The importance of frequent saves in any SaGa game cannot be understated. You are able to save virtually anywhere for a reason: difficulty spikes, points of no return, and random disasters can and will occur on occasion. But their effects can be minimized by making use of auto, quick, and manual saves. While this goes without saying for franchise veterans, newcomers definitely need to put this into practice ASAP.

When you begin a new character, you are allowed to select either “normal” or “slow” progression, with more options opening up after you beat the game once. As a new player, “slow” progression is the ideal way to play since it drastically cuts down the Event Rank (story scaling) and Battle Rank (enemy scaling) multiplier at play. Normal mode is faithful to the original Japanese version, while Slow is true to the original English version. Absolutely choose the latter if you’re unsure, or simply want a more casual pace.

The aforementioned story and battle scaling will lead many to suggest you shouldn’t do a traditional grind in Romancing SaGa: Minstrel Song Remastered, but this is only partly true. Because of the scaling, you certainly don’t want to go out of your way killing as many enemies as possible, but it’s entirely fine to fight some foes along the way (especially on Slow progression mode). This changes at endgame, however, since enemy scaling will cease at a certain point and then you can safely have a bit more freedom in beefing up your characters.

Although fighting enemies are essential in raising party stats and learning new abilities, you’ll need to prioritize completing as many quests as possible for their rewards since outside of random loot drops, enemies give very little currency on their own. Partaking in as many quest rewards as possible makes gearing up your characters much, much easier than relying on monster drops alone (which is essentially impossible to do).

Jewels are a secondary currency in Romancing SaGa: Minstrel Song Remastered that are key to unlocking and leveling up new classes and proficiencies. At first, you’ll want to focus on two things: getting a single character to level three in any class, and improving your proficiency skills. Once you have achieved level three in any class, you can then a la carte individual weapon and magic skills rather than having to commit to every single skill a certain class may require, saving a ton of jewels in the process. There are cases where you’ll want to focus on leveling a class or individual skills over the a la carte method (unlocking certain advanced or legendary classes, for example) but it’s still best to focus on unlocking the a la carte approach before fully committing to it. Proficiencies, which are essentially field skills, should also be prioritized sooner rather than later since they are crucial in exploring the vast majority of maps in their entirety.

Moreover, don’t fall into the trap of unlocking a ton of classes for each character. The amount of jewels required for this is staggering, and you’ll eventually hit a point where jewels are very difficult to come by. While there are quite a bit of different classes available to every character, simply pick one for each party member that has a good passive (or one that fits your playstyle) and then hone in on improving the individual skills you desire. As a general rule, it’s never a bad idea to have one or two Castle Knights in your party since they can drastically improve your defenses thanks to their solid passive. 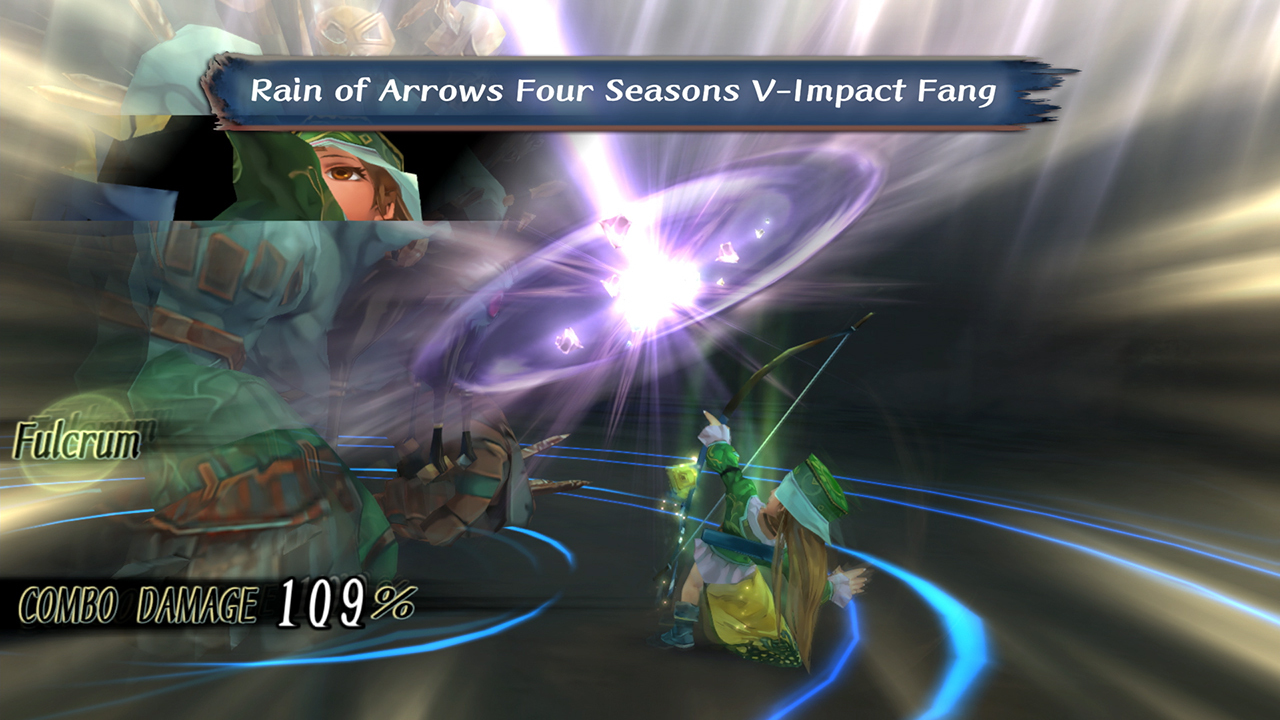 There’s a lot of freedom in character customization in Romancing SaGa: Minstrel Song Remastered, and you should be taking advantage of it. Having a healthy mix of different weapon types and spells not only insures that you’ll easily be able to give each character a powerful weapon at endgame (there are generally only one, maybe two top tier weapons per weapon type), but also will insure easier combo formations in battles, a more expansive damage profile (blunt, piercing, slashing, magic, etc), and allow you to effectively take advantage of the three different character rows in combat. Row formation is important because it makes attacks less likely to hit characters in deeper rows, and also lessens the impact of incoming area-of-effect attacks since many can only target a cluster of party members that way.

I hear you, buddy. You want to build that pure-bred party of melee/physical-only characters, but that isn’t necessarily a wise thing to do. SaGa has a ton of roadblocks that can be alleviated by magic use, even if you don’t want to specialize deeply into it. Most characters will be competent enough to use magic in a pinch even if you don’t make them a full-on wizard, and any one of the healing spells, as well as the pyrology spell called Flame Of Life (regen) or hydrology spell Holy Water (status ailment removal) can help turn the tide of many of the more difficult encounters you’ll face along the way. There are many other awesome spells and features (like spell fusion) available as well, but even if you don’t want to fool with them, seriously consider at least picking up a spell or two for each character to use in a pinch.

Welcome One, Welcome All

There are a multitude of characters that can be recruited in Romancing SaGa: Minstrel Song Remastered, but you can only use five of them at a time. However, you’ll still want to recruit every character at least once since many of them will unlock one, if not multiple, new areas you can explore. You can easily dismiss characters by talking to the minstrel in any town’s pub, and they will eventually appear again for you to recruit should you require their services again. 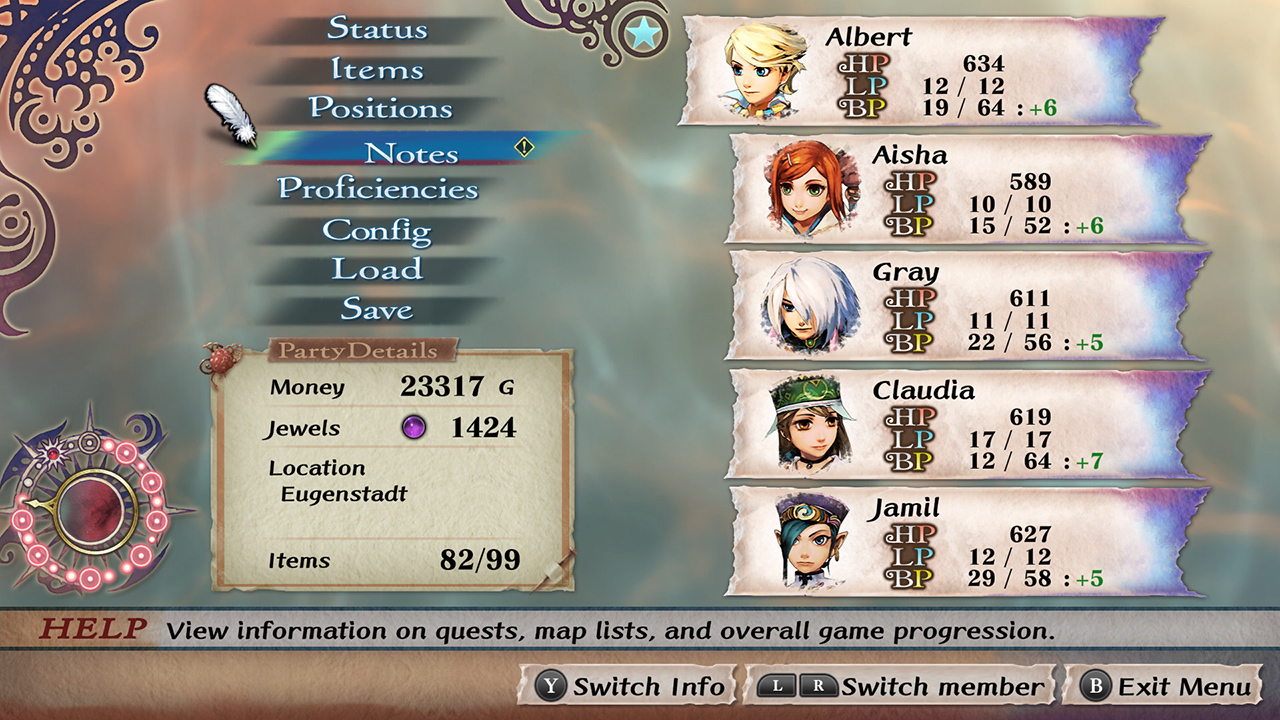 Weapons can be fine tuned to different modes, and the usefulness of this feature cannot be understated. While any weapon’s default “attack” mode is good enough to complete most of the game, as more daunting challenges are introduced, setting each weapon to “defense” mode is extremely useful in further negating incoming damage. Weapon modes can be changed at your local town blacksmith at any time for a minimal fee, so take advantage of them when facing more formidable foes.

Blacksmiths allow you to enhance weapons and armor at the cost of funds and materials, and while there are obvious advantages to this, don’t go hog wild with it at first. Armor can be safely improved (or tempered) at any time, but you shouldn’t bother with tempering weapons until endgame and even then, you may want to avoid it. This is because repairing tempered weapons is far more tedious than their non-tempered counterparts, and you should be able to clear the game at a base level without their enhancements. Now the superbosses and other bonuses challenges? Yeah, you will likely want to squeeze out as much performance as possible. But for a standard run, weapon tempering is entirely unnecessary, if not a full-on detriment.

Unless you’re following a quest guide, you’ll want to periodically visit towns and converse with townsfolk, even if you’ve already done so multiple times over. With how the story progresses, there will be times where new quests become available, and you’ll only know about them if you scour the towns and pubs every now and then. Melvir’s pub in particular posts several important notes on an easily missable scroll, so keep your eyes peeled for that and much more. 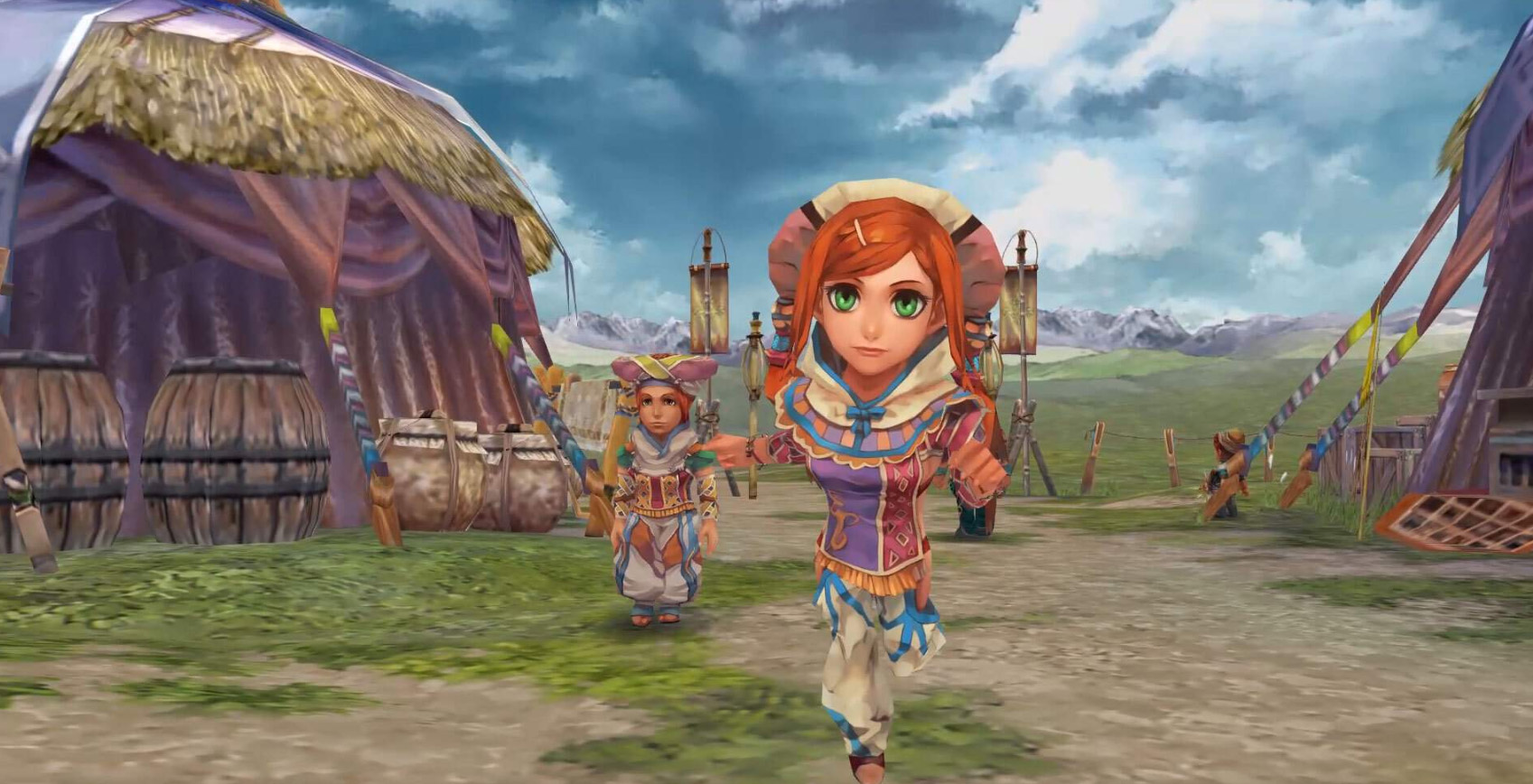 Some tricks in Romancing SaGa: Minstrel Song Remastered can be repeated for great rewards.

You can spam covert proficiencies on a field for easy jewels early on, going to and from town as needed to recharge, though the increased tedium later makes it less appealing to use long term. Certain quests can provide access to formidable bosses early on, which can then be used to learn (or spark) new abilities way sooner than normal. Pyrix in Mt. Tomae and the Gold Dragon during the Aurefont mining invasion come to mind, since you can die from these fights as many times as you want (keep an eye on your LP though) while retaining any learned combat abilities along the way. The aforementioned Gold Dragon, as well as the Pagan Ruins towards endgame, are great for money making since the former rewards Pure Gold upon every victory (and will respawn if you don’t complete the quest) while the latter has large clusters of enemies and several chests that respawn with random rewards in them.

When In Doubt, Ask The Children

While not as intuitive as other games in the series, Romancing SaGa: Minstrel Song Remastered does have helpful kiddos in every town that more or less act as an in-game knowledge base, They’ll touch on some basic game mechanics, and will eventually cover a lot more complex topics as your Event Rank increases. Between the tips suggested there, and the ones provided here, you should be on a relatively easy street once you start adventuring.

And that’s it! I hope you find these tips useful, and if you have any others that you’d like to share with masses, please post them down below! Happy hunting!