This December, we’ll be kicking off the 2nd Annual SwitchRPG Awards, where our community will honor the best RPGs added to the Nintendo Switch lexicon this year. So far in 2019, the Switch has continued to be an RPG powerhouse, seeing the release of some truly amazing and innovative titles, along with re-releases of some of the biggest games in RPG history. These – combined with more titles coming the back half of the year – will all be pitted against each other across a variety of different categories, focusing on RPG subgenres, game elements, and the title coveted by them all: RPG of the Year.

Today our team is looking back at the first half of 2019 and making shortlist of the very best RPGs that may be in the running for awards. While opinions may shift as the year drags on, the list of games provided below are all easy contenders, providing some of the best storytelling, combat, customization, and visual/audio appeal of RPGs on the Switch. Where the final list of nominees will go, only time will tell.

So, who makes the midyear shortlist? Let’s find out! 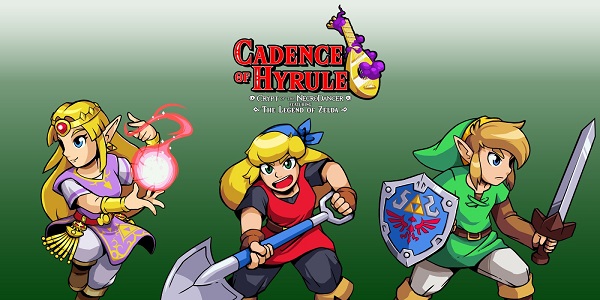 Announced in a Nintendo Direct earlier this year, and finally released back on June 13th, Cadence of Hyrule mashes the rhythm/roguelike elements of Crypt of the Necrodancer together with the world of the Legend of Zelda. The end-result of this strange pairing is a delightful and challenging adventure that manages to balance its two halves perfectly. Buzz around Cadence of Hyrule remained high as players got their hands on demos at E3, and with the full game releasing just a few days later, the positive reviews have rolled in. Cadence of Hyrule will certainly be a big contender for the Best Roguelike award, if not RPG of the Year itself.

Here’s what our staff has to say about Cadence of Hyrule:

“Cadence of Hyrule takes everything you loved about Crypt of the Necrodancer and transplants into the vibrant world of the Legend of Zelda. Character progression gets a nice, Zelda-inspired boost and the difficulty curve is a little more forgiving, making Cadence of Hyrule more accessible for Zelda fans, while still being a tough as nails roguelike at its core. And of course, hearing your favorite Zelda songs in the catchy and heartpumping Necrodancer style is a delight.” – Jeremy Rice 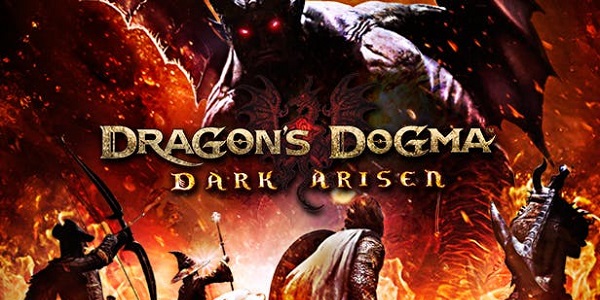 Originally released in 2012, Dragon’s Dogma: Dark Arisen arrived on the Nintendo Switch in May 2019, featuring the full game and all its downloadable content, now available in portable glory. This game sees the player taking on the role of the fabled Arisen, questing across the realm fighting enormous monsters, dragons, and demons across the world of Gransys. This title features an impressively well-crafted open world to explore, an engaging main story, numerous side stories, and quests that have multiple potential solutions and outcomes. All these features serve to help this seven-year-old game hide its age and stand tall as one of the best action RPGs released this year.

Here’s what our staff has to say about Dragon’s Dogma: Dark Arisen:

“It’s surprising to think that large-scale enemy encounters were done justice in this title long before Breath of the Wild had players fighting Lynels and Hinoxes, that warp points and meaningful traversal could be better executed than in Xenoblade Chronicles 2. While not without its own quirks and odd design choices, Dragon’s Dogma ranks among the top RPGs on the Nintendo Switch, and why it is an essential purchase for genre enthusiasts.” – Evan Bee 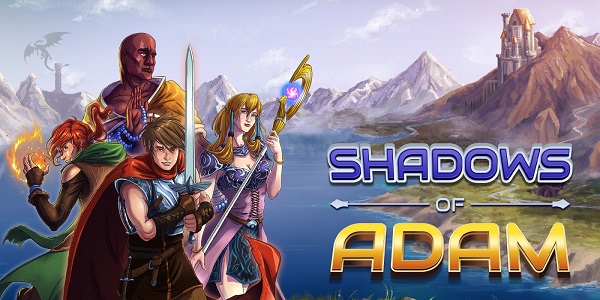 Retro-inspired RPGs and indie titles are no strangers to the SwitchRPG community. Some of our favorite games pay homage to RPGs of old, and we all know that good pixel art can age better than even what seems to be bleeding-edge graphics. The next game on our list, Shadows of Adam, proves this point. Released to PCs in 2017 and on the Switch earlier this year, Shadows of Adam features a charming 16-bit art style and combines classic JRPG elements and story beats with modern storytelling sensibilities and subversions. The game perfectly balances both serious and lighthearted themes in its core cast of characters, and features a modernized, fast-paced battle system that balances both speed and strategy. All these elements come together to make Shadows of Adam a gold standard for retro-inspired RPGs.

Here’s what our staff has to say about Shadows of Adam:

“The amount of love, passion, and effort clearly put forth into this $14.99 USD experience is to be commended, and fans of 16-bit era JRPGs itching for their next meaningful experience need look no further than Shadows of Adam.” – Ben Thompson 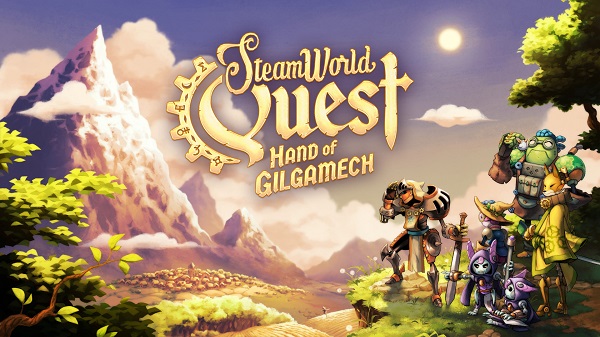 From the makers of the critically acclaimed SteamWorld Dig 2 and SteamWorld Heist, comes the latest entry in the Steamworld series – a card-battling RPG called SteamWorld Quest: Hand of Gilgamech. The developer, Image and Form Games, has continually pushed themselves to experiment with new genres, new game mechanics, and innovative ideas, all through the lens of a world populated by steam-powered robots. Steamworld Quest features a robust deck-building system; sublime, turn-based combat; a sharp sense of humor; and an engaging story. All these elements tie together to create an engaging and downright addicting RPG experience, with fresh takes on old tropes and a moderate playtime of 20 hours for casual players.

Here’s what our staff has to say about SteamWorld Quest: Hand of Gilgamech:

“SteamWorld Quest constantly pushes the player forwards using many of the level design and character progression systems that make Image and Form games so appealing. Though its narrative leans more towards humor with a few sparing and surprising character moments, this first run at the Role-Playing Genre shows that the developers are more than capable of striking gold by pairing their SteamWorld characters with solid and balanced mechanics.” – Evan Bee 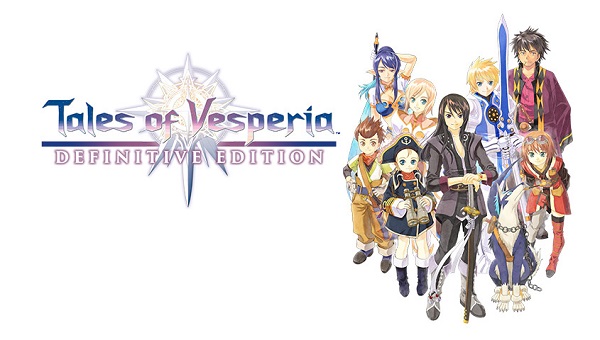 Brought to the Switch early in this year’s judging cycle, Tales of Vesperia: Definitive Edition arrived on shelves in December of last year. This decade-old title is the first Tales game to come to a Nintendo console since 2012, and was easily one of the most eagerly anticipated RPG releases of the last year. The cel-shaded, anime art style ages well, and the unique Linear Motion Battle System (LMBS) which has evolved throughout the Tales series continues to impress. Add to that impressive character progression (in both gameplay and story) and a myriad of side content, and we get one of the best RPGs to grace the Switch so far this year and an early contender for RPG of the Year.

Here’s what our staff has to say about Tales of Vesperia: Definitive Edition:

“Tales of Vesperia takes a more uncommon approach to its storytelling by focusing on building up Yuri and his various companions over time rather than obsessing over the most ultimate of bad guys from the very beginning. End-game aspirations are great to have, but mean nothing if you are not first able to cultivate the relationships with your companions – something that Vesperia does exceptionally well. While it would have been nice to see some adjustment made to some of its more dated systems (ie. lack of a quest log, etc.), Tales of Vesperia is an epic adventure that – I’m so glad – only marks the beginning of the series on Switch.” – Ben Thompson 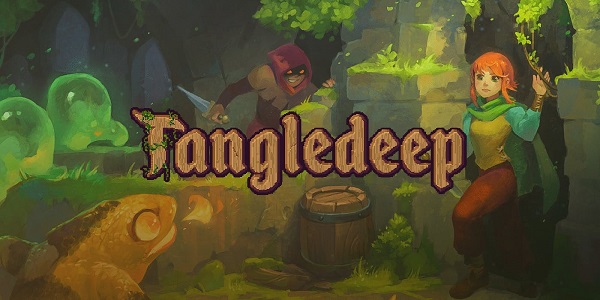 Tangledeep, brought to the Switch by developer Impact Gameworks in February of this year, joined the ranks of a numerous other impressive roguelikes to hit the console in the last few years. Despite facing stiff competition, Tangledeep has done nothing but impress since its initial release. The game features an incredibly robust character progression system, a variety of unique abilities and character classes, a pet taming system, item upgrade dungeons, town progression, and a mysterious underlying story and lore rife for continued exploration. While your first few hours with the game may be a bit overwhelming, players quickly find their feet and learn the ropes of the game’s many elements, creating intensely addicting gameplay and replayability. With runs that can easily last 5-10 hours each, Tangledeep offers both roguelike and RPG fans an immersive and expansive experience that will keep you coming back for more.

Here’s what our staff has to say about Tangledeep:

“Tangledeep is a game that drips not only with 16-bit nostalgia, but also a myriad of complex and interwoven game elements that offer hours and hours of replayability. All that would be moot, of course, if the core combat and exploration mechanics weren’t so enjoyable. Tangledeep is without a doubt one of, if not THE best roguelikes to currently grace the Nintendo Switch.” – Jeremy Rice

The front half of 2019 has seen a number of other great releases, from phenomenal budget titles like Alvastia Chronicles, to epic rereleases like Final Fantasy VII and IX, to more lightly RPG-inspired games like Monster Boy and the Cursed Kingdom and Bloodstained. This year has already been rich in quality releases.

The back half of 2019, meanwhile, is an absolute monster.

Still to come this year are some true juggernauts in the world of RPGs, including Dragon Quest XI S: Echoes of an Elusive Age, Dragon Quest Builders 2, Fire Emblem: Three Houses, Legend of Zelda: Link’s Awakening, and Pokemon Sword and Shield. And these are just the AAA titles. Smaller, more budget-friendly releases and games in niche RPG subgenres continue to abound, shock, and surprise RPG fans at every turn. Which game will take home the final crown is still very much up in the air.

Fan of a game we haven’t considered here? Know of another great release that will hit later this year? Let us know in the comments!

Well, this list is rather disappointing. Some of these are ports of older games, others are not full-fledged rpgs (Cadence, Steamworld). And the rest are not-so-polished indies.

Also, how is Steamworld Quest not a full-fledged RPG?

Yes, maybe Tangledeep just not appeal to me. As for SQ, its card-based battle system excludes the game from the rpg genre (as I conceive it).

I’d like to add that SteamWorld Quest’s card-based battle system might add a slight inconsistency to its tactics, but it’s still a full-fledged RPG with level-ups, stats, and dungeons. To discredit it, and a number of indie titles on this list, shows a somewhat narrow perception of the RPG as a genre. There’s nothing wrong with that, but our site as a whole attempts to cover the breadth of the genre on Switch. Because of this, we are ready and willing to show support to developers of any size and style for their efforts. We understand that 2019 is still… Read more »

There’s always debate around awards season about what games should qualify for what categories. Do re-releases count? What about remasters? Remakes? For an RPG-centric site, those questions get amplified even more, as games across the industry have embraced RPG elements as a fact of life. We’ve had plenty of debates among the staff about what qualifies as an RPG and what doesn’t. For the SwitchRPG Awards, we settled on a few ground rules: 1) Since we’re a Switch-centric site, we will consider games based on their release date on the Switch, rather than other platforms. Those games still need to… Read more »

Dear Jeremy, thank you for this clarification. My point actually is not that I disagree with your choice. Actually I think it’s very fine (although I would probably add the Mana series – if the older games are allowed). The problem is that if the list contains the most interesting Switch rpgs published this year (which it pretty much does), then it proves that nothing truly significant happened in the field so far. There is not a single truly exceptional game, nor one that would be new and big (I don’t want to use the AAA term which might be… Read more »