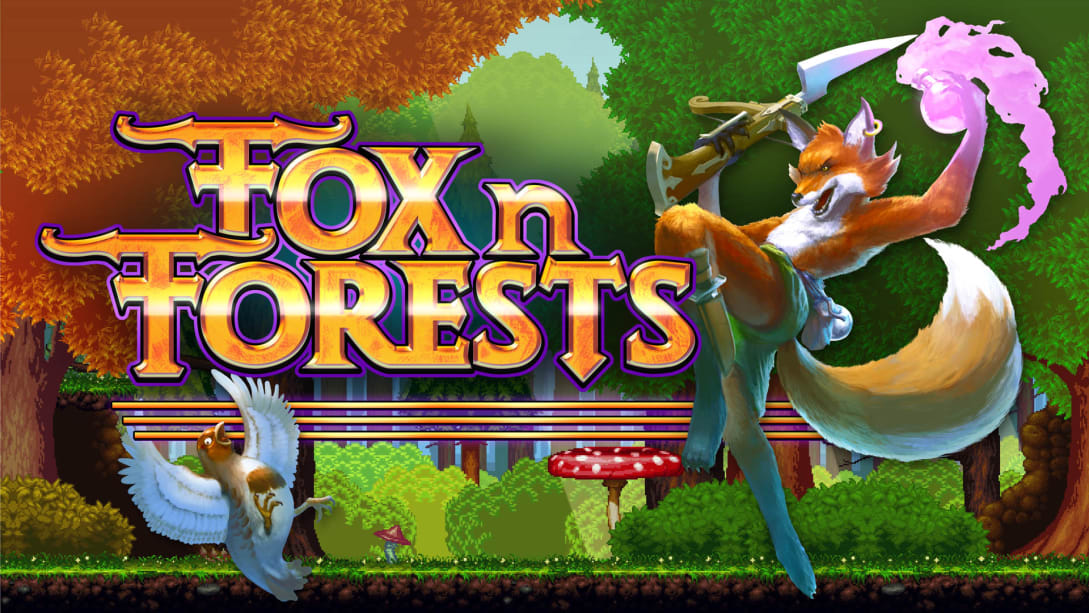 Bonus Level games brings us yet another intriguing homage to the 16-bit era of gaming in the form of Fox n Forests for the Nintendo Switch. The game has been available on the eShop for quite some time now, but just recently received a limited physical release as well. Needless to say, there has been buzz amongst the indie community over Fox n Forests since its original release, so we decided to see what that buzz was truly about. Read on for some early impressions!

Playing as Rick the Fox, you are swept into an adventure to correct the cycle of seasons, which has fallen out of sequence for unknown reasons. The task is bestowed upon Rick by the mystical Tree of Seasons, but he doesn’t send Rick out unprepared. Rick is also given the gift of temporarily altering the seasons himself, and this is the bread-and-butter gimmick of Fox N Forests. This ability makes for some incredibly fun early platforming sequences and paves the way to gorgeous visuals as well. I’m interested to see if the game offers more uses for the gimmick other than platforming, but for now it’s still a blast.

Fox N Forests certainly delivers the nostalgia factor from the very moment you start the game. You’re presented with lush colors and wooded environments along with some delicately detailed 16 bit sprites. The music takes a more ambient approach but still keeps the classic sound of the era intact.

Combat is smooth, so far, even if it is very basic. Unfortunately, combat and platforming have yet to mesh well together in the early stages of the game. I’ll discuss these issues further in my review in the coming days, but for now, I’ll hold out hope that I can progress to a point in which these issues resolve themselves. After all, Fox N Forests does offer an RPG style sense of progression, as Rick can learn more skills and abilities as you progress the story. I feel confident that the combat issues will fade away with progression in true rogue-like fashion.

That’s where we are with Fox-N-Forests so far! Visit SwitchRPG again soon to check out the full review, and to find out if Rick the Fox can round himself into form!