The gigantic drop of news some weeks back regarding the release of numerous Final Fantasy games on Switch this year was probably some of the best news that any diehard RPG fan could have asked for. But even with those much appreciated announcements, one can’t help but wonder about the potential for other games in the long running franchise to take the Switch plunge – at some point. And yes, while it might be greedy of me to want even more Final Fantasy than the ones slated for release this year, it is only because I feel that Final Fantasy Tactics in particular is a perfect fit for Nintendo’s hybrid console.

In case you have been living under a rock for the past 20 years, or are simply new to the RPG scene, Final Fantasy Tactics is a Strategy/Tactical RPG that first released on PS1 back in 1997, and ended up becoming one of the best-selling games on the console. Although perhaps not as popular as the long-running Fire Emblem series, the iconic Final Fantasy traits, complex job system, mature, dark setting, and beautiful pixel-art assets made it an easy favorite of many over the years. While many games have been set in the world of Ivalice since its inception on the PS1, Final Fantasy Tactics, surprisingly, has never received a true sequel despite its undeniable success in the late 90s.

However, there were two other games closely tied to the original Tactics title: Final Fantasy Tactics Advance on the Gameboy Advance and Final Fantasy Tactics A2 on the DS. Although those titles were more or less received positively, they would never come close to matching the same success or widespread appeal of their predecessor. That is why I find it odd that the original game lied dormant until 2007, when it was updated to Final Fantasy Tactics: War of the Lions – a new version of the game which released on PSP, before moving to mobile devices in 2011.

Sadly, War of the Lions would be the last activity we’d see from the game, and that was almost 10 years ago. The absence of the tactical RPG gem in the modern era certainly begs the question, “will we ever see Final Fantasy Tactics on Switch?” I sure hope so. 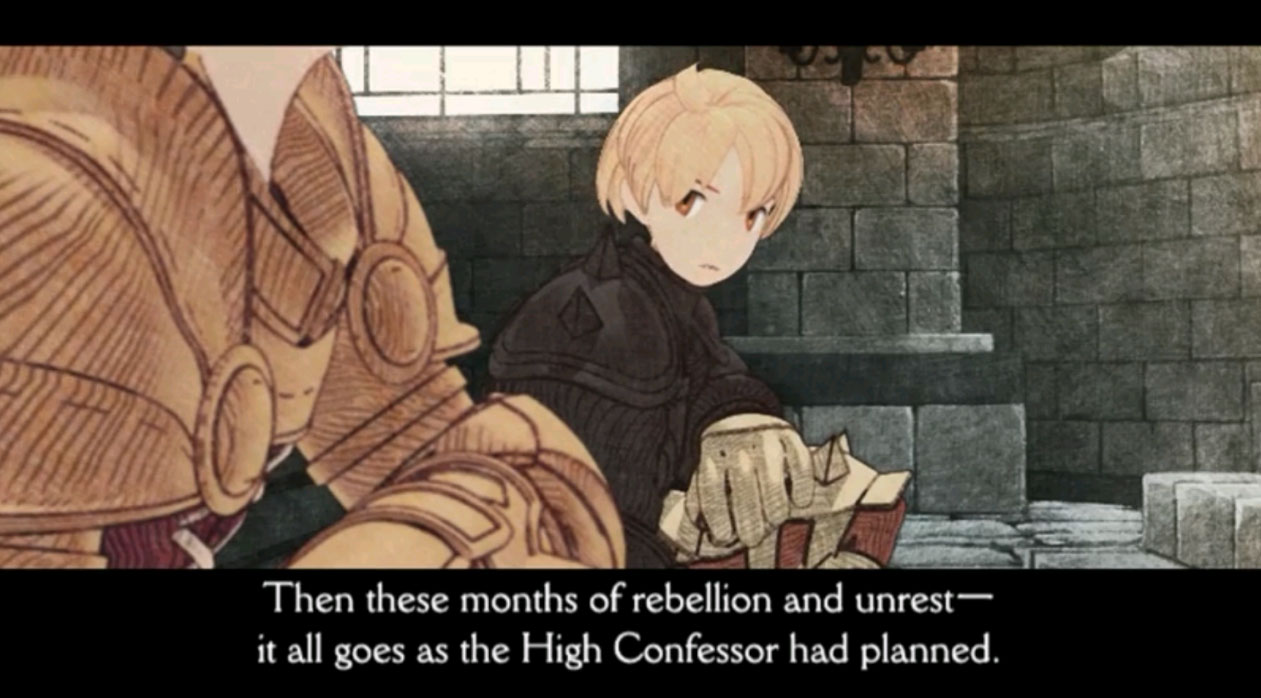 Fire Emblem: Three Houses will undoubtedly be a hit, and there have already been many successful tactical/strategy RPGs on the Switch, so why not add to the subgenre’s reserve with the classic, beloved title sometime in the future? Of course, I’d love a brand-new game in the series, but I think that might be asking too much at this point considering that it hasn’t been done already (in a true sequel sense). Regardless, there is no reason to let successful games fall by the wayside if there is a demand for them, and I know I’m not alone in wanting to play it on the Switch – whether it be the original PS1 version or the updated War of the Lions edition.

Do you think we will ever see any form of Final Fantasy Tactics on Switch, or any modern console for that matter?

The mainline Final Fantasy titles are great. Excit they’re on their way. Still, I’d really love to see Tactics be ported! Not interested in Disgaea, they’re great but not for me. Finger’s crossed it happens eventually.

I know what you mean about Disgaea. I took a lot for me to get past its aesthetic and heavy anime influences, but they are pretty wonderful games if you can get to that point. I’d play FFT over it any day though.

I would like to see slso tactics ogre luct on switch

I have been puzzled for years why this one got ported to mobile, but then not ported from mobile to elsewhere like, say, FF III-VI or Chrono Trigger. But really there are a lot of S-E games that seem stuck on mobile without good reason.

Square Enix really seems to struggle with the idea of “giving gamers what they want.” A lot of their business decisions over the last decade have been downright bewildering. Obviously they’re still a very successful company – and still put a large number of quality titles – but I think their best work is really coming out of their side studios at this point.

I know that this is an unpopular opinion but… I really preferred FFT on the PS1! Yes, the original version. The translation had a lot of character and even the nonsensical parts were fun. Hopefully, there will be an option to have both versions available (though that is highly doubtful!) I have done professional Japanese-to-English translation in the past. Is the revised version of Final Fantasy Tactics much more accurate to the original Japanese meaning? Yes. Does that make it objectively better? Absolutely not. First, the point of a translation of video game/anime/manga dialogue is to ENTERTAIN while conveying the… Read more »

I’m actually with you on the PS1 version being the ideal one. While I enjoyed many of the things that came with the War of the Lions version, the performance issues and sound effect changes (SE downgrades IMO) did not sit well with me at all. The ability to choose between both versions would absolutely be amazing though.

Thank you for the kind words about the site!

I object that, a translator has to be faithful to the original text, nothing else. If you force your view in someone’s else work you’re just overstepping your role.
Yeah, some jokes and figures of speech are impossible to translate, but maybe you could seize the opportunity to learn about another culture instead of erasing it during the localization.
Replacing rice balls with hamburger is the dumbest thing a translator could do, even worse than censorship. They already ruined Ace Attorney with tomfoolery like that.

Hi, Leriel. But we already can be faithful to the original text. We do this by reading/listening to it in the original text. Different types of translations have different purposes. Translating a scientific formula is not the same as translating a manga. I feel that the point of an anime/video game translation is not primarily to offer a history lesson or language lesson. If that is the point, then that is completely different. The ultimate point is to get the meaning across. Rice balls have zero connotation in English, other than that they are very Asian. Yes, you can absolutely… Read more »

Let’s just say that America has a very bad reputation for localizations of anime and games.
If the average American is at odds that in a Japanese game they eat Japanese food, maybe it’s just HIS problem and he should play something more familiar like GTA.
Please, stop putting your culture above all else and respect the work of the original authors, if you want to do art just write your own work. We don’t need another Carl Macek.

Hey, I dunno what you’re talking about there.

I grew up on Pokemon censoring riceballs (or editing dialogue) as “donuts.” And Cardcaptors trying to convince us that everyone was actually in the US. Pretty sure alot of Americans would shrug at Japanese eating okonomiyaki, but raise some eyebrows at them eating hotdogs (looking at you Final Fantasy 8).

Ahh, so it’s your way or fuck everyone else? It seems to me that you’re the problem, not everyone else dude, if you want the original, get off your butt, learn japanese. If you want to ‘immerse yourself in the culture’, that is.

Or, we can go back to the days where the west didn’t buy games like this and games stopped coming here. Or you can get off your high horse, stop acting like your opinion is the only one that matters, and accept that other people have different tastes.

The issue is you, not others

Like I said, there is only one issue here: to respect someone else work. Overstepping your role of translator to insert extraneous concepts shows no respect and often twists the original meaning. For example, in my country the translator of “A Game of Thrones” changed the dead deer in the first chapter with a unicorn because, he said, it was more fitting in a fantasy setting. He was harshly criticized for that. If people like you cannot play foreign games without the insertion of silly jokes and other liberties then please, stop buying them. And if the alternative of a… Read more »

I still have the PS1 on disc. However, I’m willing to buy it on the Switch when or if it becomes available.

Final Fantasy Tactics is one of my biggest wishes for the Switch!

I would love to see FFTactics, vandal hearts and legend of dragoon… for the amount of time in which the system has been out the number of “good” games available is ridiculously limited.

Vandal Hearts! My first TRPG experience on PS1! While I haven’t played Dragoon, I’ve only heard great things about it. At the very least though, I hope we do see Final Fantasy Tactics on Switch, eventually.

Dude, you need to play Legend of Dragoon, like, now. You can buy it on the psn store via psvita.

Good lord I hope so! Tactics was the sole reason I picked up a PSP

Needs to happen for sure!

I also would love to see tactics again!

Oo, that would be nice!

Did you even read the article? Did you notice the date? This article is from over a year ago when many FF games were announced for Switch. This was plea for Square Enix to bring FFT to Switch and why it would work great on the platform — nothing more.