I’m one of those “weird” people that loves winter time not just because of the holidays that typically surround it, but really because of the weather itself. I’m hot natured, and spend a lot of time outdoors in the spring and summer, so I’m more than ready to embrace sharp drops in temperature when fall and winter finally arrives. In the southeast US, this has not really been so much the case the past couple of years – there was a complete week of 70+°F weather recently that just felt like blasphemy for this time of year.

In any case, my adoration for the frozen doesn’t stop with reality, it also applies to game worlds. And since winter in my neck of the woods is as mild as can be this year, I thought highlighting some of my favorite winter wonderlands in RPGs would help me cope. But don’t let the buck stop here – sound off in the comments below with YOUR favorite snowy areas in RPGs! 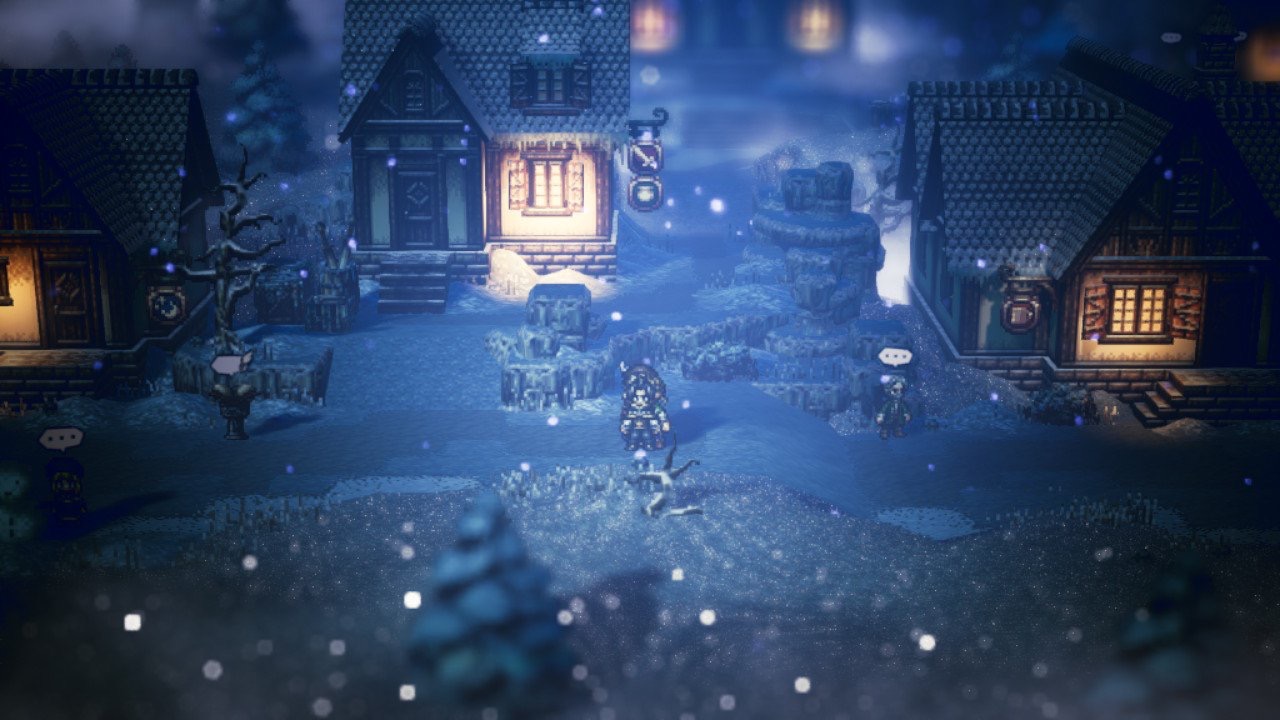 At first glance, Stillsnow is a seemingly quiet hamlet within the Frostlands, but it breathes that description into life through all facets of its presentation. As adventurers travel through its streets, the slow but steady snowfall and distant glitters of rime perfectly complement one of the game’s most emotional tracks, Town Veiled in White. While it may lack the “wow” factor of neighboring Flamesgrace with its massive chapel, it is a shining example of “less is more.” 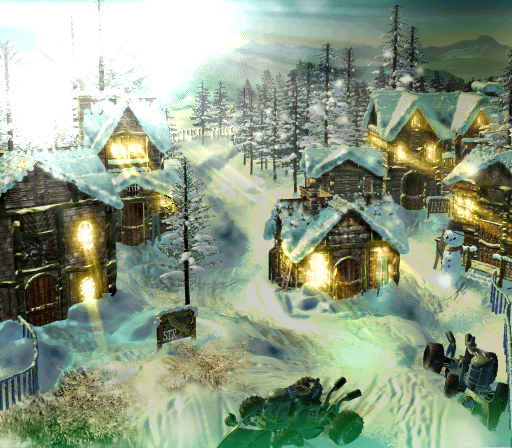 Icicle Inn is one of two destinations on this list thats nostalgic veins run deep. I distinctly remember arriving here for the very first time in 6th grade during a local “snowstorm” (by southeast US standards anyway). Icicle Inn acts as a last bastion for coziness before the party sets off into the relative unknown, simultaneously discovering that Cloud is a snowboarding professional (or complete amateur, depending on the player’s proficiency in the iconic minigame). This place, by far, is one of my most anticipated destinations when it is finally reimagined in Final Fantasy VII Remake. 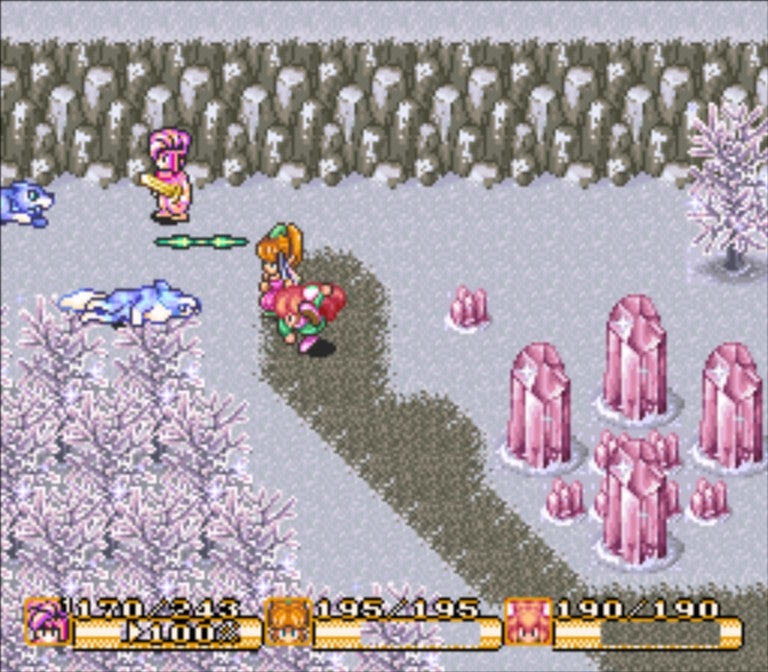 Although I firmly believe that this game’s mechanics have not aged well at all, it undeniably holds a special place in my heart and shares nostalgia string pulling duty with the aforementioned Icicle Inn. I experienced Secret of Mana for the first time as a seven year old, who was still a tad hungover from our own local winter wonderland (ie. Blizzard of ‘93), but this is precisely why Ice Country has stuck with me for so long. Everything here is calm, still, and frozen, but beautifully colorful thanks to the twinkling ice formations. In the decades since my first foray, its accompanying song continues to immediately get stuck in my head anytime we get “snowed in” in the southeast (which unfortunately isn’t often enough). 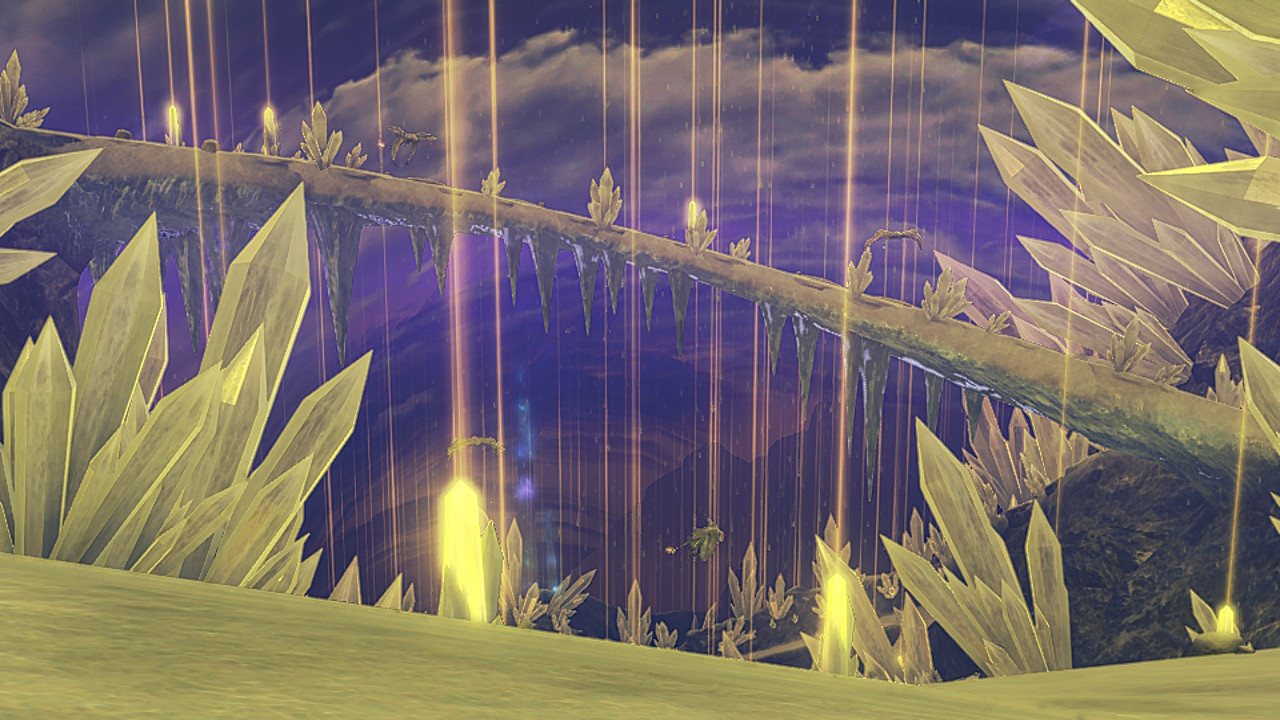 I was a latecomer to the Xenoblade party, only experiencing the first game in the series with the debut of Xenoblade Chronicles: Definitive Edition on the Nintendo Switch. Late as it may have been, it skyrocketed to the top of my most favorite Switch RPGs almost instantly. While Valak Mountain isn’t my absolute favorite zone in the game, the sheer size, scope, and complex, impressive verticality that the zone provides most certainly makes it memorable. 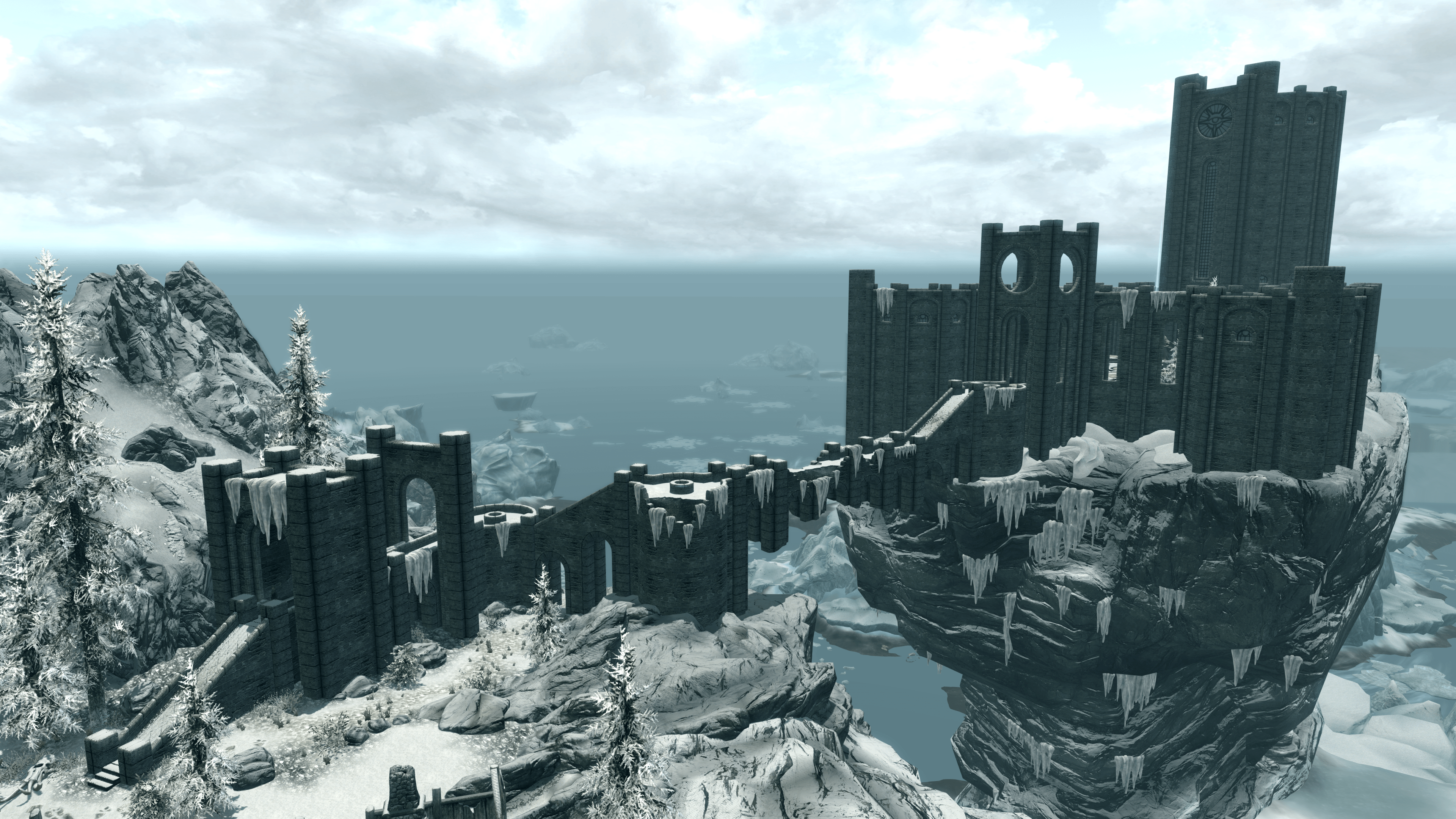 The expansive frontier of Skyrim is no stranger to the cold, but Winterhold College in particular has always stuck with me. It is perched atop a mountain all by itself, only accessible via a bridge connected to what little remains of the once impressive (now mostly destroyed) city of Winterhold. It never ceases to impress me in every playthrough, despite having explored every nook and cranny of its chilly halls many times over now. 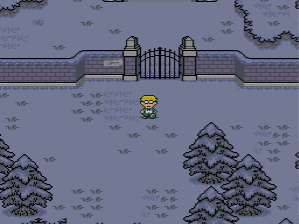 This school nestled within Winters is on this list for one reason, and one reason only: Snowman. This track has become one of the most iconic pieces of the series, with it appearing in some form across all three games in addition to other media such as Smash Bros. While the track is used more liberally in both Mother 1 and 3, I’ve always come back to its Earthbound rendition because of how much I’ve played it compared to the other entries. Regardless, you know a song is good when it’s only played briefly in an adventure and you’re left wanting more.