Eiyuden Chronicles and the Future of HD 2D 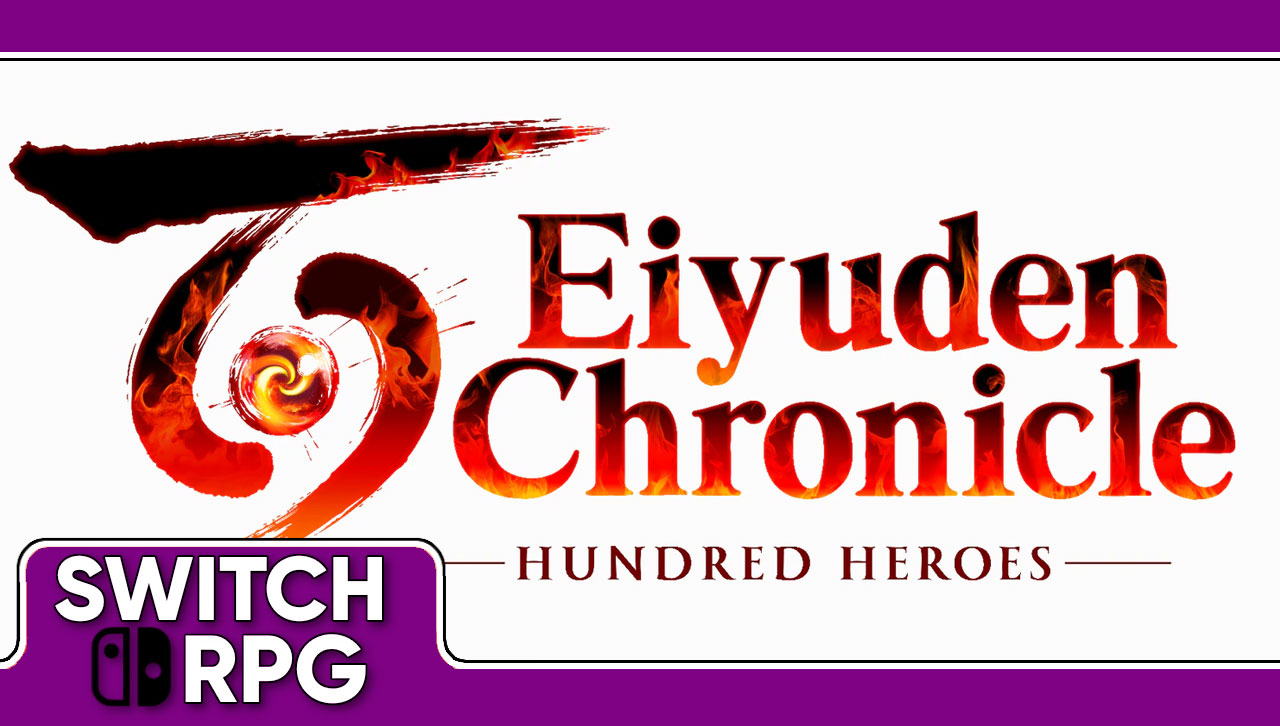 Suikoden fans rejoice! Key members of the team behind this beloved RPG series have formed a new team, named Rabbit and Bear Studio, and are looking to crowdfund a Suikoden spiritual successor titled Eiyuden Chronicle: Hundred Heroes. Details from the game’s kickstarter – which was successfully funded in just a few hours – revealed the game brings unique heroes, beautiful animation, stunning backgrounds, and spritework reminiscent of the original series.

Eiyuden Chronicles is another title following a growing trend in the games industry – not only for original creators developing spiritual successors to beloved intellectual property – but also on a list of RPGs that have revitalized 2D graphics in the HD era. By leveraging modern platforms and tools, combined with the time-honored spriting skills of days gone by, these games have lifted retro-style RPGs to new heights. The results are stunning, not only masterfully capturing and modernizing age-old gameplay mechanics, but also perfectly embodying everything we love about the visual design of classic RPGs. These sprites are crisp, expressive, fluid, and live within a world grander than themselves.

This visual design – coined “HD 2D” by the developers behind Octopath Traveler – has been steadily spreading over the last two years, and there are surely more titles like these to come. As interest in classic series and their spiritual successors continues to run high, the future is bright for 2D RPGs, even if that hasn’t always been the case the last few console generations. 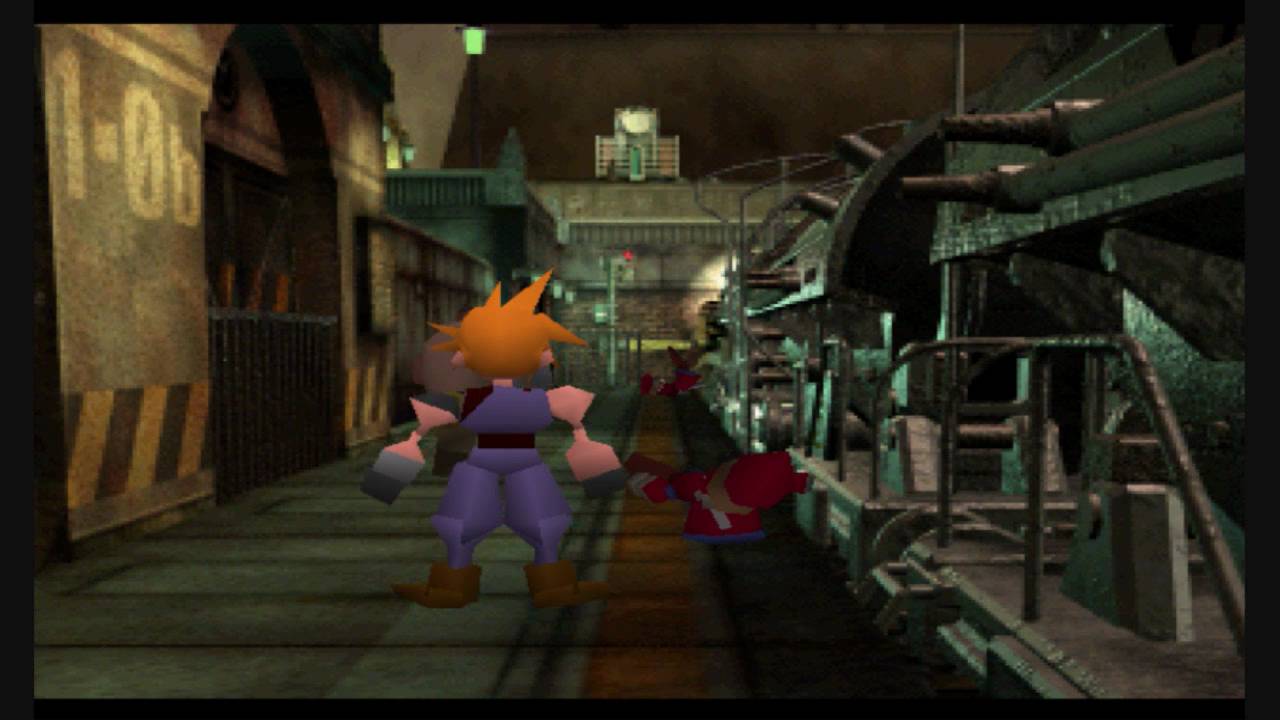 The 16-bit era is commonly known as the Golden Age of RPGs, and for good reason. Classics like Final Fantasy VI, Dragon Quest V, Phantasy Star IV, Earthbound, Chrono Trigger, Super Mario RPG, Secret of Mana, and myriad of other notable titles all debuted in this era. These games are masterpieces, having elevated RPG storytelling from the limited (though ambitious) outings in the 8-bit era, maturing over time to produce games that are beloved even to this very day. Even now, players are clamouring for a Chrono Trigger re-release on modern consoles, and they are constantly on the lookout for “true” sequels to Earthbound and Super Mario RPG. There’s a reason so many retro-style RPGs released today hearken back to these earlier times. It doesn’t just have to do with the age of the developers, but also with the unquestionable quality of these releases. 2D gaming was in its heyday and developers were mastering their artform.

That is, until, the industry moved on without them.

The 32- and 64-bit era, marked by consoles like the Playstation and N64, were both a blessing and a curse for RPG fans. On one hand, RPGs stored on compact discs could hold significantly more data than the cartridges of old – turning RPGs from tightly written, 20-30 hour adventures into massive, sweeping, 80+ hour epics filled with animated cut scenes, expansive locales, and extensive amounts of dialogue. The power of the new consoles brought with them new graphical possibilities, new tools to experiment with, and a platform to become the latest and hottest trend in gaming. But with that expansion into the third dimension came a bucket of challenges. A new learning curve was established, but priorities had shifted. As gaming in general gradually expanded its audience, the corporate pressure on developers of all stripes increased just as quickly as the costs of development. Games needed to sell, sell, sell to keep these ever-expanding development teams going.

While 2D RPGs certainly lived on during this era, the monumental success of 3D RPGs like Final Fantasy VII (and 3D titles in other genres) changed the industry forever. Each successive entry in the Final Fantasy series, which rapidly became the measuring rod by which western JRPG fans evaluated its peers, grew in graphical complexity. They pushed the 32-bit Playstation hardware to their limits, and other series followed suit with varying degrees of success. Meanwhile, other 32-bit era games that held fast to tried and true 2D spritework failed to see the same success with the growing gaming audience. In a culture obsessed with the hottest new visuals, 2D gaming began to be viewed as backwards, old fashioned, and of lesser value. The Zietgeist pushed developers further and further down the path to 3D, and so by the end of the console generation – and into the next – nearly every title being produced had left 2D behind.

The Golden Age of RPGs, which lived on through some excellent PS1 titles, came to an end.

Octopath Traveler: Daring to be Different 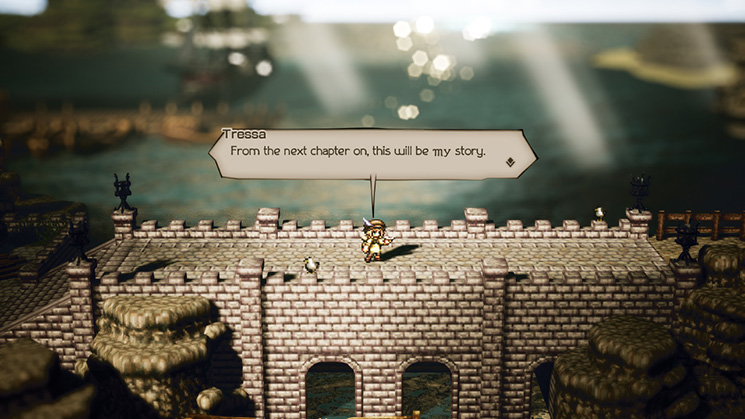 During the following console generations, 2D RPGs were relegated mostly to the handheld space. The Game Boy and DS in particular boasted some impressive RPG libraries both new and old, as they would both receive ports and remasters of classic RPGs from the 16-bit era. As indie game developers began to rise many years later, retro-style games slowly began to find their footing in the industry, and people started paying attention to aesthetic and nostalgic intent. Graphics obsession softened as indie developers began cranking out 2D games across all genres, and a little wiggle room for innovation in the 2D RPG space began to give way to new possibilities. Gamers the world over can thank these developers for championing an era of gaming that accepts both 2D and 3D graphics into the fold.

But for all those advances, 2D games largely remained sequestered in the indie space. It remained to be seen what a AAA developer could do with this age-old design aesthetic, what innovations could come with the full force of one of gaming’s giants at the helm.

Enter Octopath Traveler. Revealed for the first time in January 2017, this AAA, Nintendo-exclusive RPG had all the hallmarks of an 16-bit era RPG. Quality spritework, traditional turn-based battles, a world to explore, parties to form, and a class sytem to master. Most remarkable of all, however, were the game’s visuals. Dubbed “HD 2D” by the developers, Octopath Traveler’s graphics engine combined 2D spritework with visual effects, including shadows, swaying trees and grass, glistening water, heat shimmering, and a host of other beautiful details. The “two dimensional” game world came to life, and the end result was masterful.

Paired with these amazing visuals, of course, was Octopath’s incredible soundtrack. Fully orchestrated and crafted by some of the most talented composers in the business, Octopath features one of the best OST’s to hit an RPG this generation. Overworld themes create atmosphere and ambiance. Battle and boss tracks get the blood pumping, while character themes and battle transitions reinforce each party member’s central narrative. Taken all together, Octopath’s audio-visual design allows the game to stand with titans of any genre or console generation. It’s design philosophy will look as beautiful 20 years from now as it does today, just as many 16-bit games have held up many console generations later. 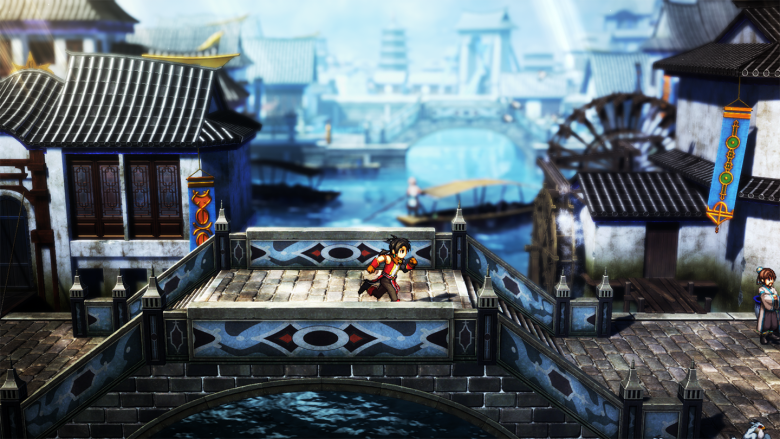 Octopath Traveler showed the world a future where 2D games are just as beautiful and engaging as their 3D counterparts. Though it’s taken some time, more and more titles are beginning to embrace this HD 2D future. We’ve already seen HD remasters of classic RPGs, such as Star Ocean: First Departure R, further updating the Star Ocean 1 remake created for the PSP, masterfully modernizing this 16-bit era title. Remakes and remasters like this really only dip their toes is in the HD space, using high definition sprites, textures, and animated cutscenes, but not leveraging the power of HD effects the way Octopath Traveler does. Given the complexity of implementing such effects, along with the reliability of sales for remastering classic games, we’re likely to see more HD remasters in the style of Star Ocean in the future.

Eiyuden Chronicle: Hundred Heroes, meanwhile, shows us what the HD 2D future could truly be. From the brief glimpses we’ve seen, this game brings all the charm of its predecessors, all the while sporting a stunning visual design informed by modern technology. Taking a slightly different appraoch than Octopath, Eiyuden steps fully into the HD era without heavily relying on nostalgic world design. Where Octopath took 16-bit era spritework and applied HD effects, the developers of Eiyuden appear to have built their HD 2D world from the ground up, with all the minute detail you might expect from hand-drawn environments. Layered over these are HD lighting and particle effects, which combine with the game’s exceptional spritework and animation for its characters, creating the perfect blend of classic and modern aesthetic. In many respects, Eiyuden may be poised to be even more beautiful than Octopath Traveler, though only time will tell how the full game shapes out. 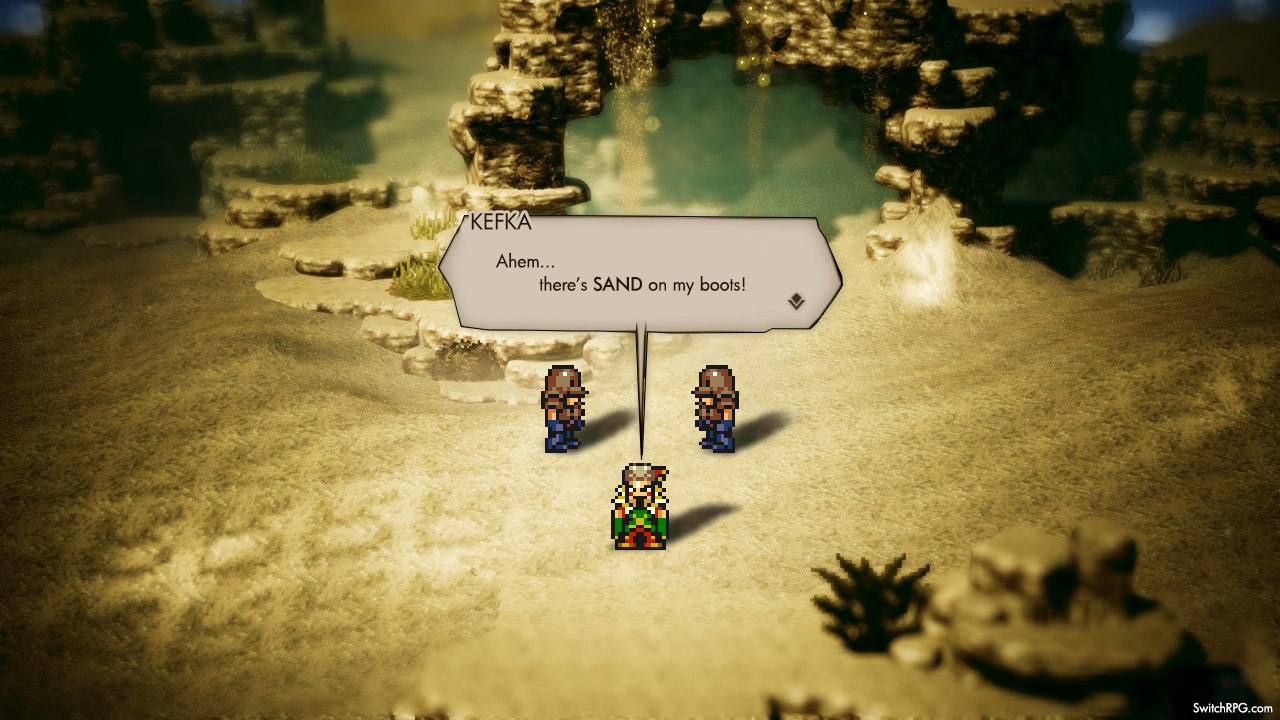 After seeing the Kickstarter for Eiyuden Chroncile, I can’t help but feel the future is bright for 2D RPGs going forward. As more developers try their hand at applying lessons learned from Octopath and Eiyuden, we’re going to see increasingly stunning visuals paired with excellent sound and animation – become the norm for 2D RPGs. As we saw with the advent of 3D gaming, technology constantly marches on, and developers like Rabbit and Bear Studio are paving the way forward. In the future, we will see more and more 2D RPGs embracing this design philosophy, bringing a new golden age, recapturing and reinventing the beloved aspects of days gone by. Who knows, as these HD 2D titles become more prevalent, we may finally get that Octopath-inspired Final Fantasy VI remake we’ve all been dreaming of…