Let’s all rejoice, the Trials of Mana Nintendo Switch demo has been released! For those not in the know, Trials of Mana is a 3D remake of the 1995 hit, titled Seiken Densetsu 3. I don’t expect nor know a whole lot of people that have played Seiken Densetsu 3. Honestly, I had no idea what a Super Famicon was back in 1995. I was too busy playing my Super Nintendo. Not knowing any of this means Trials of Mana is a brand new endeavor for me. One that I’ve found to be quite a pleasant little journey in the demo that left me craving more. 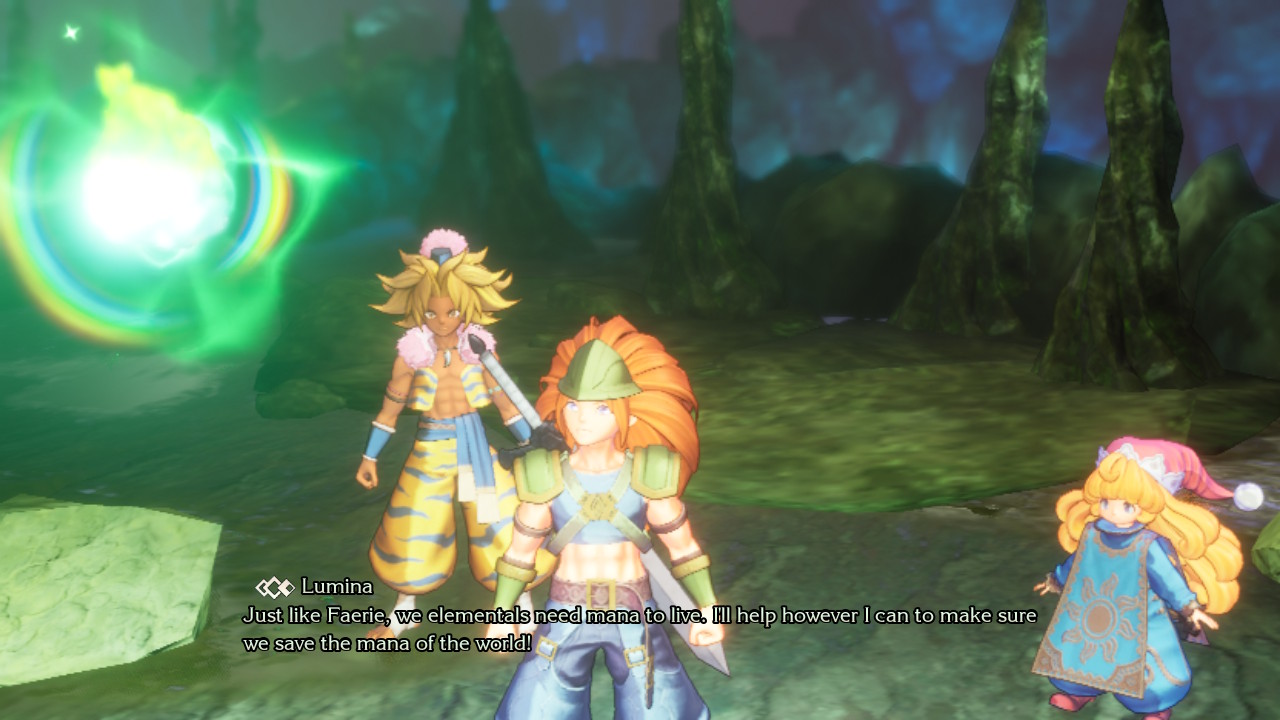 Trials of Mana sets the stage early with a significant amount of cut scenes and conversations to get the storyline rolling. Throughout my time with the roughly 2-hour demo, the story became increasingly more intriguing. I wanted to continue exploring further to see where the path lead, which is exactly what you want in an unreleased game demo. I’m now on the hook to buy the full game to see what happens. If I’m being honest, I’m now seriously considering picking it up because of this.

I really felt hooked by the storyline of my primary character choice, as well as the more macro storyline that is the withering Mana Tree. While I didn’t get a chance to try out more than the one character (I chose Duran), there are a total of six characters. Two of these characters can be your adventuring party companions with their own interwoven, yet independent storylines. Now that I’ve played a measly two hours, I’m interested to see how they are all woven together and what else Trials of Mana has to offer. 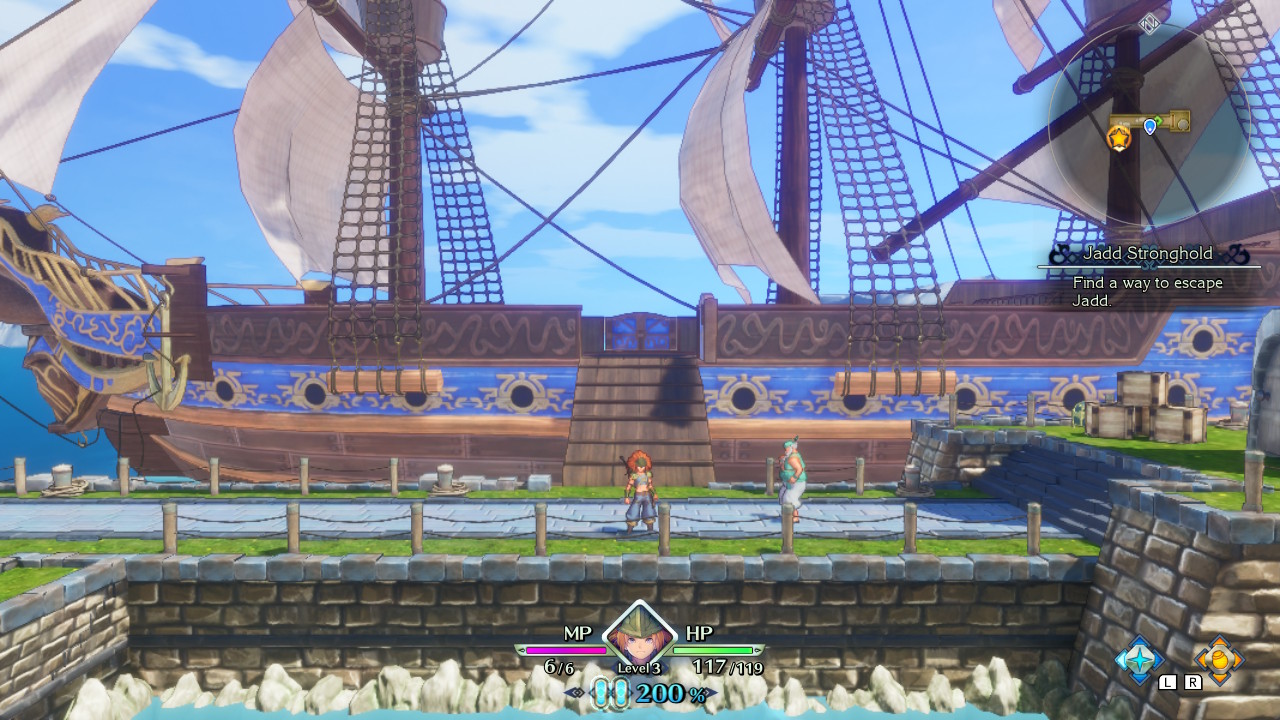 As you explore you’ll happen across a variety of enemies that will trigger battle sequences. I really liked that the fighting sequences felt seamless as I explored the world. When the fighting starts, you’ll have to focus on eliminating the enemy as quickly as possible, because you can’t pick up items and there’s a limit on how far you can move away. Considering this was the beginning of the game, all of the fights ended quickly, as I easily handled all of the enemies. Using the right stick click enables a lock-on function, which allowed me to focus on actually fighting the enemy rather than the camera system. 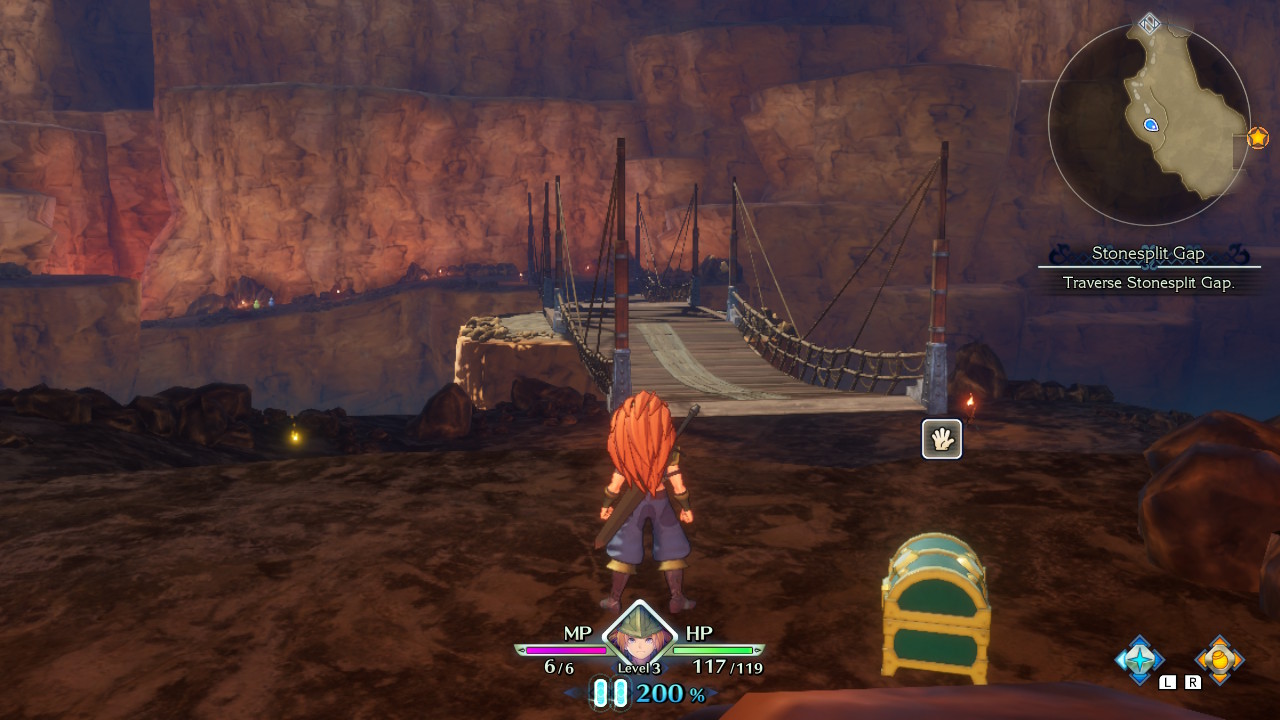 Sometimes as I was adventuring through the world, I would come across short zones that felt very empty and seemed to only exist to make my player walk through them, find a chest, and pick up some coins. The cave area pictured above was one such zone that only contained a bridge with small areas on each side. There was no real purpose here, other than to literally bridge to the next zone.

I could sit here and guess why the game feels like a bunch of broken up zones, but I have no idea. Does it differ on other platforms? Is this to make performance manageable? I don’t know the answers to these questions, and it’s worth noting that all zones didn’t feel like this. The majority of them are fantastic. I really loved the detail in the cities and inside the buildings. Trials of Mana comes off as looking really beautiful. 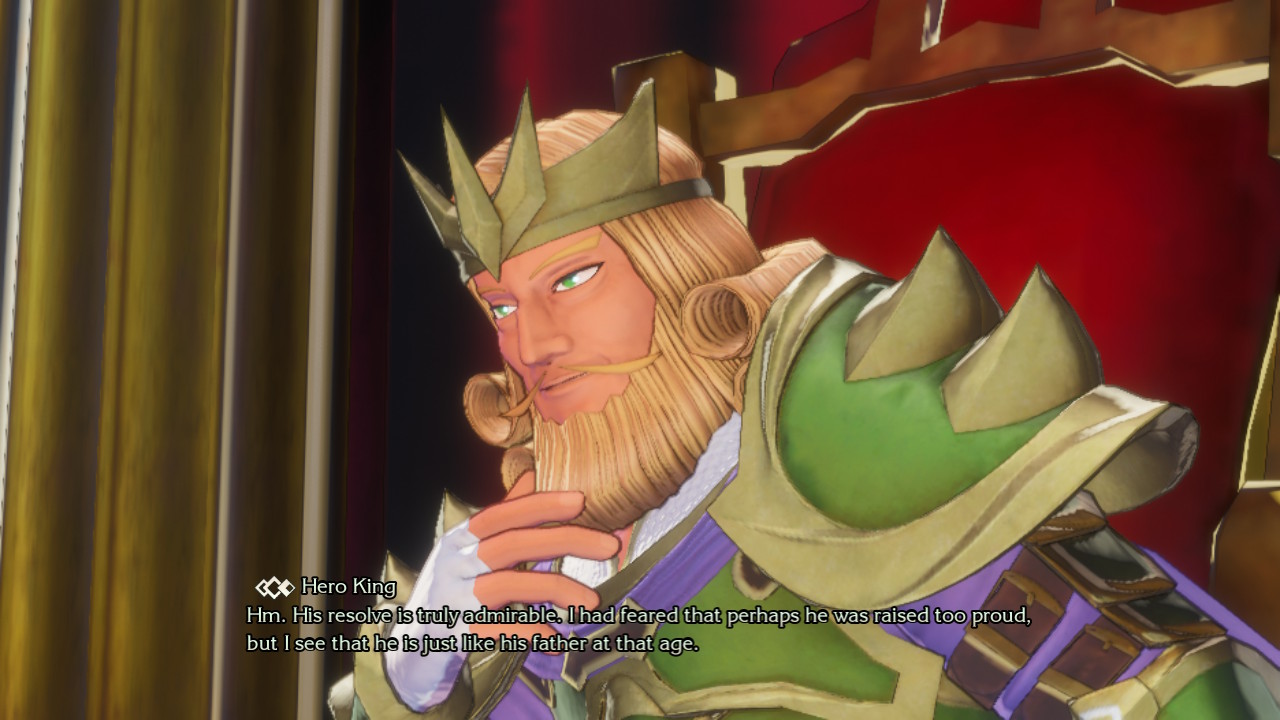 I don’t think I’ll be alone in saying this, but the voice-over in Trials of Mana demo is the single most disappointing factor. I noticed this when the King started talking, as he came off feeling and sounding very robotic. There were also a handful of other cutscenes where the voice-over would kick you out of the fantasy world and make you go “wow, that’s weird.” Others might like it but in this case, I would rather just read all the conversations.

This Trials of Mana demo truly surprised me. By keeping tabs on the thoughts coming out of gaming conferences, I knew the game was going to release with a fair bit of hype. Maybe I’ve been blessed not knowing a whole lot about Seiken Densetsu 3, but as I experienced all of this for the first time, I didn’t think it would grab me the way it did. Keep an eye out for further coverage of this title, and look forward to our review when the game launches next month.