I don’t believe I am the first to express my excitement for the imminent release of Monster Hunter Generations Ultimate. Not only does the game release on my birthday, but it will be my return to the series after skipping the first Generations title for a number of reasons, one being a substantial backlog of Role-playing games on the Nintendo 3DS. The potential for new groups and memories spent fighting and crafting has only increased since the recent release of Monster Hunter World, a game that sold fabulously worldwide and introduced a broader player-base to the series. One can only hope that there is some amount of crossover with the Switch audience, which has also been clamoring for a Monster Hunter-like Action Role-playing game since the system’s launch. 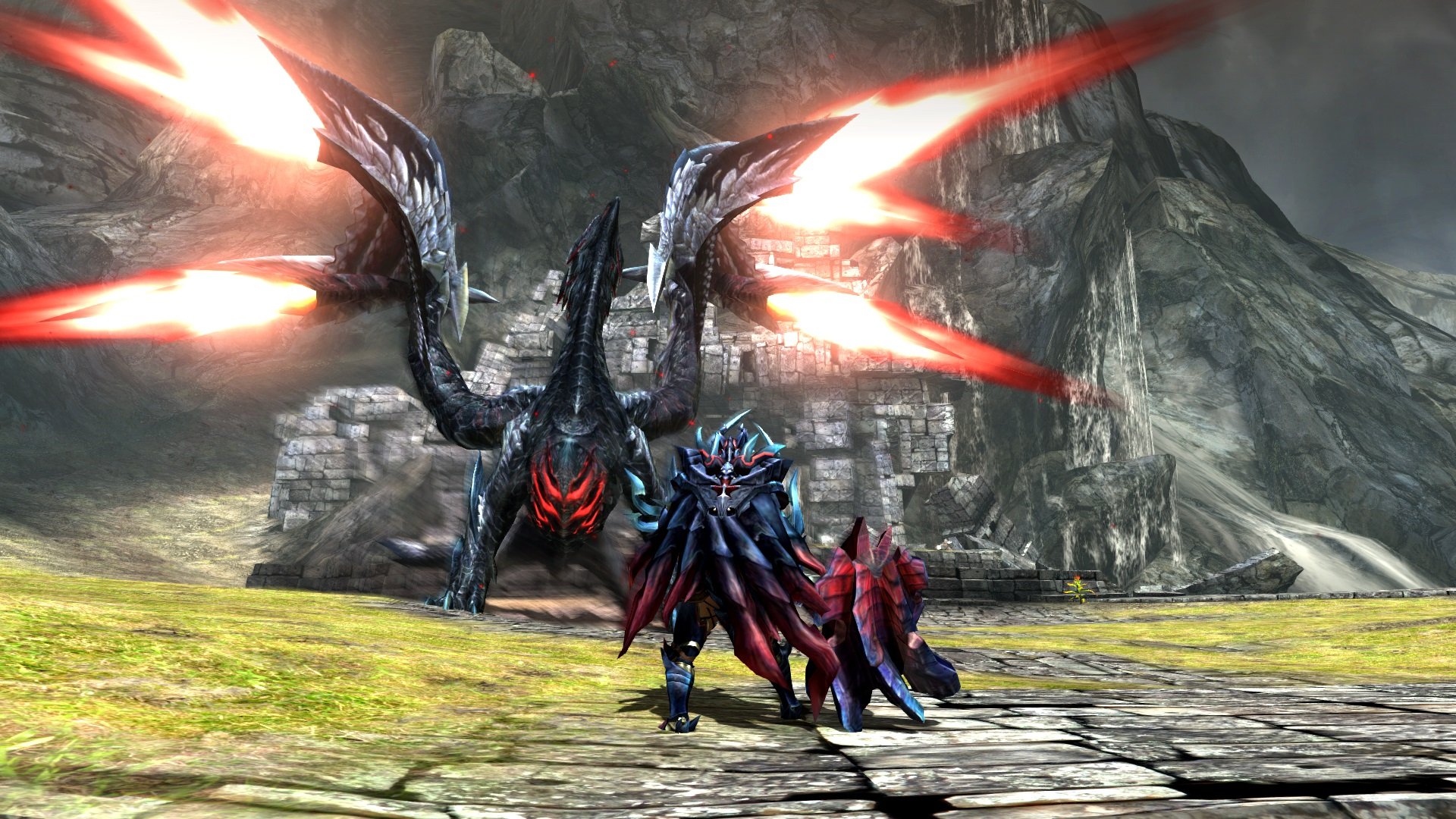 If there’s one thing to both dread and anticipate about any release in this series, it is that, in order to reach the end of the single-player campaign or even dare to glimpse upon the multiplayer endgame, you’ll have to put in some work. Gathering materials, crafting new weapons and armor, and taking on new quests and unfamiliar monsters is not a brisk process in any of the series’ entries, although more recent titles have attempted to ease players into its difficulty and pacing, somewhat. The nature of the “gear grind” in Monster Hunter is ever-present, as it is the only chance a fledgling hunter has to gain an edge in the series’ increasingly difficult challenges. Materials are only obtained through deliberate quest selection, and the player must economically weigh the allocation of their resources. In some ways this gear grind can feel exhausting and inapproachable to some players, especially when paired with brutal enemy encounters and stringent health, equipment, and stamina systems. When this cycle clicks, however, the objectives begin to feel much more manageable, and a routine is established that allows efficiency and a degree of professionalism.

In other words, Monster Hunter can feel like a job at times. But this isn’t necessarily a bad thing. After all, Role-playing games are all about character and narrative progression, and players will frequently brute-force their way through challenges by engaging in routine grinds in order to make the overall experience flow a bit more smoothly. The idea that video games feel like work is at times a bewildering one- but the act of work is that of repeatedly performing a task for personal and communal benefit, these tasks often being a combination of worker knowledge, resources, and incentive. Even games like Super Mario Bros. challenge the player with reaching their objectives via the utilization of a limited tool set (running, jumping, and bouncing) and their prior knowledge (enemy behavior and patterns, properties of in-game objects and structures). It may sound reductive, but it applies especially well to the Role-playing genre. Sure, your incentive may be reaching the narrative conclusion, but you sure as heck aren’t going to reach that point without investing some serious time into understanding the world and the strategies for survival. 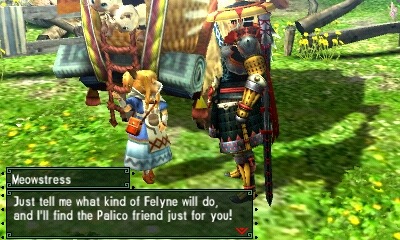 Monster Hunter takes the idea of work a step further by giving the player access to a number of weapon types and item combinations at the start of the game. Though it may sound appealing to invest in each weapon type in order to have a proper answer for each and every circumstance, the scarcity of in-game resources just won’t allow for this sort of behavior- at least, not without a serious time investment. In this way, the game encourages the player to choose a role- you know, that word that represents the “R” in “RPG-” and commit to it. If they are going to lay down traps or set up bombs, they’ll need to invest into those via sub- or side-tasks, and their efficiency with their weapon of choice will ultimately determine what sort of position they take in a skirmish- especially when working together with others.

This is the sort of role-playing that I find appealing: embracing a specific character build and adhering to it throughout my playthrough, or at least, until my objective begins to change. In Xenoblade Chronicles 2, I mostly stuck to playing as Rex, simply because his DPS role and the tools he possessed in order to maximize this potential were familiar and appealing to me. However, when my objective changed towards executing Driver Combos in order to obtain enemy drops, I began to experiment and adapt to other party members because of their benefits. In Breath of the Wild, my Link was dedicated to exploring every nook and cranny of Hyrule- at least, until enemies started providing a more substantial challenge and forced me to consider funds and gathering on a more methodical level. In Monster Hunter, I find my weapon style of choice and commit to understanding its optimal combos and the equipment that will benefit it the most. It feels good to be a specialist- the proficiency of the player and the unique traits of the playable character and party make them more endearing and enticing. 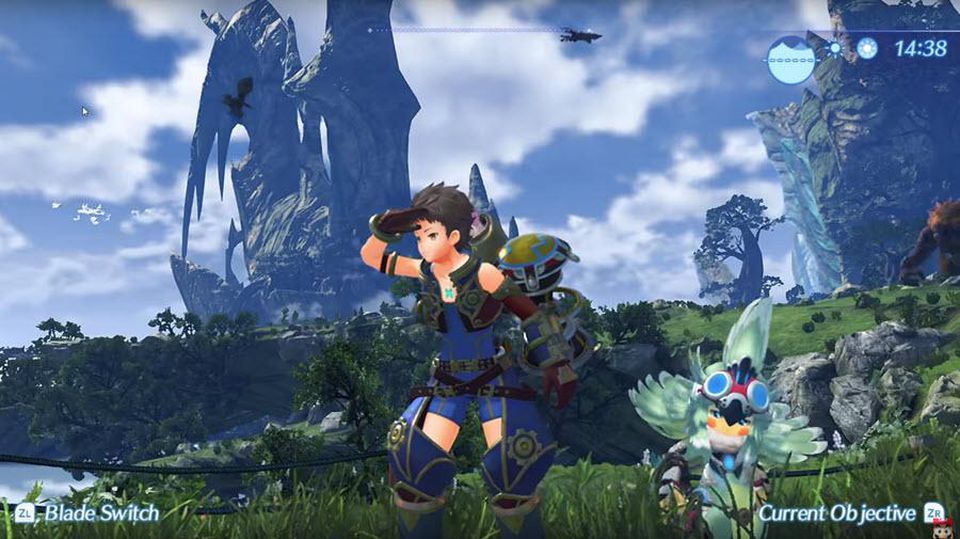 This idea can be taken to its logical extreme in games that have job systems. Having a variety of options with which to build a group of characters can help bond the player to their in-game avatars as they plot out their paths, and experimentation and mastery is always an appealing prospect. An important part of any job system, or party member archetype, or even weapon style, of course, is making sure the player has enough information available to plot out the journey towards their destination. This is why Final Fantasy and Dragon Quests titles can be so reliably comfortable- the roles of white and black mage, monk, dragoon, or ranger are seeped in tradition and can help the player understand their logical conclusions. But even in games like Monster Hunter, a weapon chart can help provide valuable insight as to where a weapon may begin to hinder a player rather than help them. Even small blurbs about character archetypes, much like those found in the class-up system of Tokyo Mirage Sessions, can help a player understand what their options are. Just like in real life, we do need some sense of direction- an informed perspective- of where we are headed.

When stripping away the narrative and focusing on the pure objective nature of video games, it can sometimes make the whole thing feel a bit hopeless. Understanding and anticipating the objectives of video games is especially important, however, as it can contribute a great deal to how much and how long a player ends up enjoying an experience. This goes doubly for Role-playing games: if the objective is cooperation with other players and fitting into a highly-specialized role, a certain kind of player may wish to err towards a more narrative-driven title, instead. Therein, a player may find characters and roles less-easily defined, which may appeal to their propensity toward exploration and discovery more. 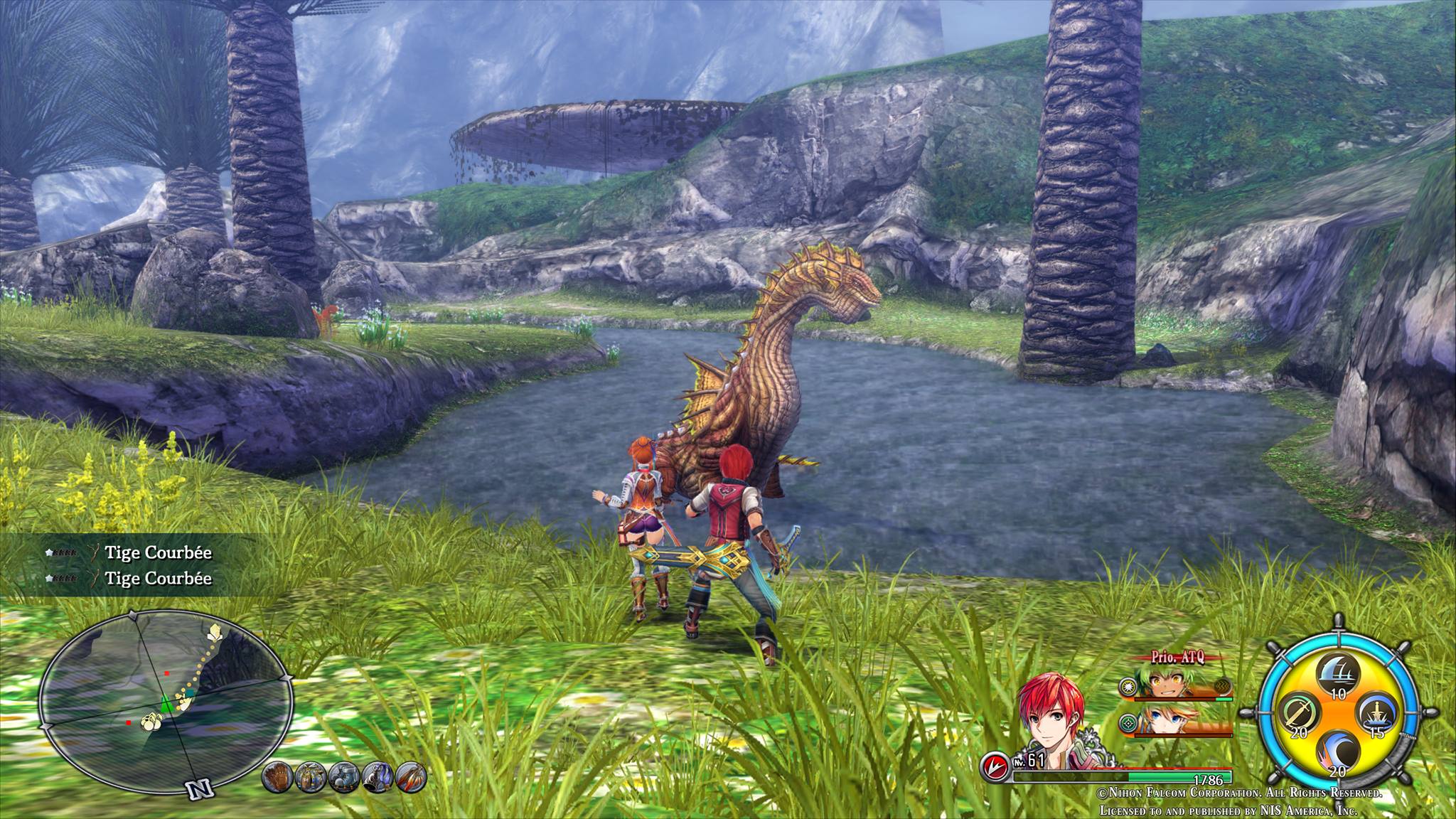 Just as we all have real-life professions established by our personalities, skills, and interests, so too does our entertainment reflect our tastes. This doesn’t mean they need to parallel one another completely- video games are all about escapism, and Role-playing games are traditionally fantastic. But being aware of one’s preferences and previous library is sure to help them as they weigh their options with future purchases. As the Switch begins its ascension into RPG Valhalla with titles in the Ys, Shining Force, Dark Souls, Shin Megami Tensei, and Pokemon series, its more niche additions can satisfy many of the cravings these larger titles offer. Just as I might prefer games with highly-specialized character builds with tons of prep time, you may enjoy wiping the slate clean with each playthrough in Roguelike titles.

The wonderful thing about a community and website such as SwitchRPG is the ability to have discourse and provide suggestions to one another. Just as we often make friends of our coworkers, you’re bound to come across someone with a similar “profession,” or taste in games. One of my hopes as an opinion-based analytical writer is to encourage discussion of Role-playing games on a mechanical level, so that I can better share my thoughts and tastes with others as my collection grows. So now, I extend the discussion to you: what routines and systems of progression do you enjoy in Role-playing games? If you play them more for the story (which is completely valid!), what sort of progression systems have you found to work best at alleviating the grind-centric tendencies of the genre? Hopefully your discussion will offer plenty of recommendations for others, and help you understand your own tendencies much more as you start to plot out your future purchases. Seriously, have you seen the database on this site…?