Playing through and reflecting on The Longest Five Minutes last week made me realize something that I probably only subconsciously think about, but plays an integral part in the game enjoyment process nonetheless. I felt the urge to ask myself a question after the absence (or lackluster presence) of a few game mechanics that tend to draw me into most titles. What do I tend to look for in RPGs? Some people may require a rich, lore-filled adventure while others can look past a somewhat dull story if the gameplay is up to par. Below are three of my picks for what I tend to look for in RPGs. I invite you to follow suit in the comments below!

In RPGs, there are numerous avenues to handle character progression. Some make use of intricate skill trees while others lean heavily on character and skill levels. Many depend on their equipment system to bear the brunt of progression, whether by a large selection or by smaller, more finely-tuned pickings. I would argue that the majority of JRPGs tend to fall somewhere in the middle of the pack when it comes to gear. On the other hand, many modern RPGs have come to rely on a more simplistic approach by often having limited equipment slots or item choices. Alternatively, some games tend to bloat their gear systems by throwing a bunch of “options” at you that may or may not have any value or use at all (ignoring titles with randomly generated gear in this case as that is a whole other discussion). Neither way of structuring an equipment system is innately wrong; it is all about its implementation (or lack thereof). 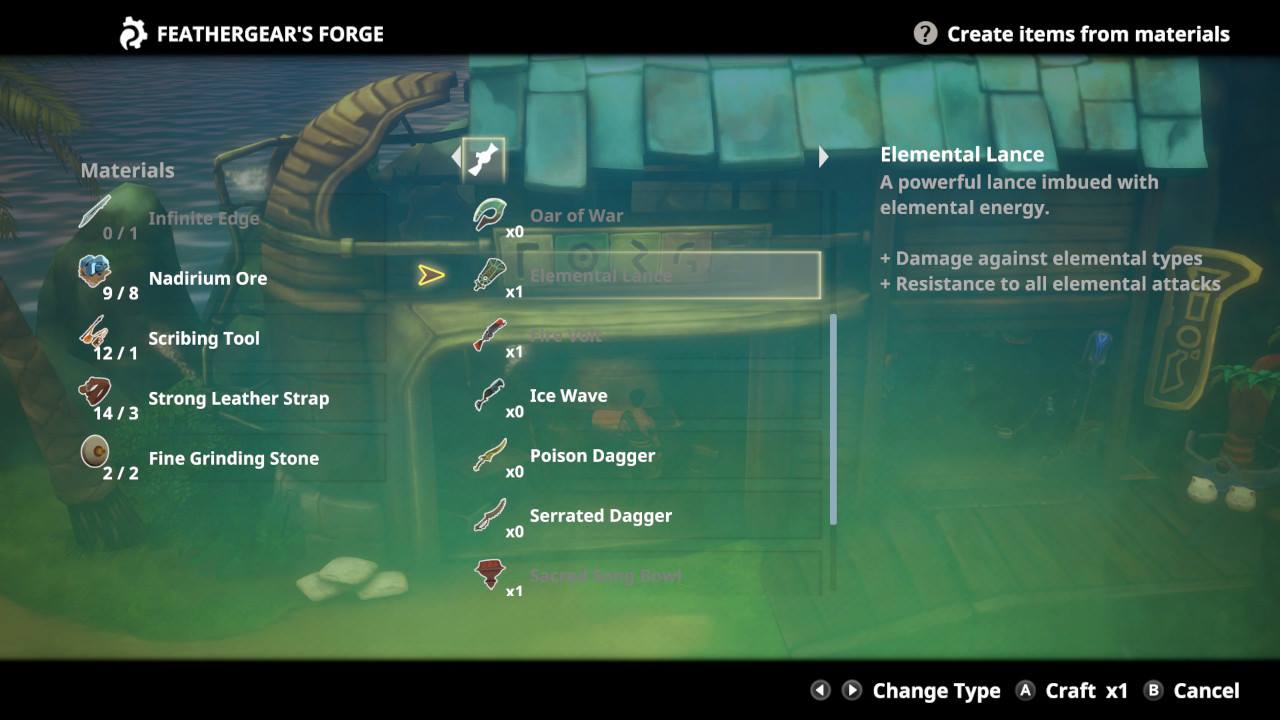 To me, meaningful gear progression is the balance of player choice and selection with logical upgrades. For example, The Longest Five Minutes has several questionable pieces of gear that serve little to no purpose. What is the point of magic-stat boosting equipment made for non-magic dominant characters? You could argue that this could allow for a hybrid specialization. But, if said choice is suboptimal when put in practice, it only serves as a false vision in character freedom. On the surface, I can appreciate the variety of equipment but would much prefer a more trimmed up selection if it meant that all of the gear was viable.

As RPG fans, we have to give a bit of clemency to stories in games because, as a whole, they can often be clumped together in only a handful of plot types. Of course, many titles break through this potential hiccup through interestingly designed characters. I don’t necessarily mean that they have to hold a gravity-defying Buster Sword or wear totally unbelievable armor (that helps, of course). A well-designed character, in my opinion, manages to be unique naturally instead of overdoing the effort (ie. trying too hard). 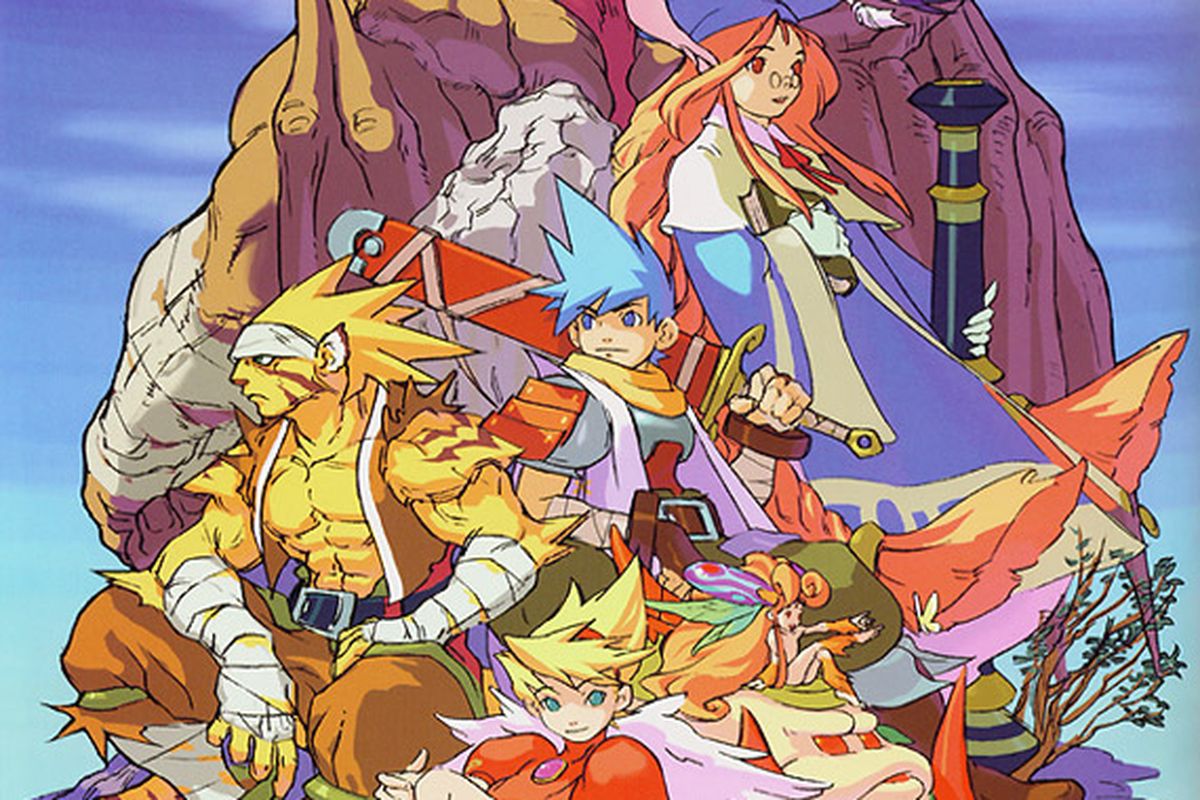 Take a look at Rei, the humanoid tiger from Breath of Fire III. At face value, the clothing he wears is not incredibly interesting. But putting time into the game makes you realize that it speaks to his backstory quite well. A “thief” by trade, he looks after two orphans at the beginning of the game (while most likely being one himself as a child). He has some bandit-like cloth/leather armor and wields two daggers, fitting for a rogue. Rei also possesses the ability to become a Weretiger, which is as awesome as it sounds. Surprisingly, he spends most of the game hiding this from those he cares for as to not put them in the way of danger. Whereas the designers of this game could have easily written him as this constant berserking weretiger dude, they allowed his upbringing and responsibilities to those he raised bleed through into his overall look and feel. Playstation-era translation issues aside, I would say that Rei is one of the more well-designed characters of that era for sure. 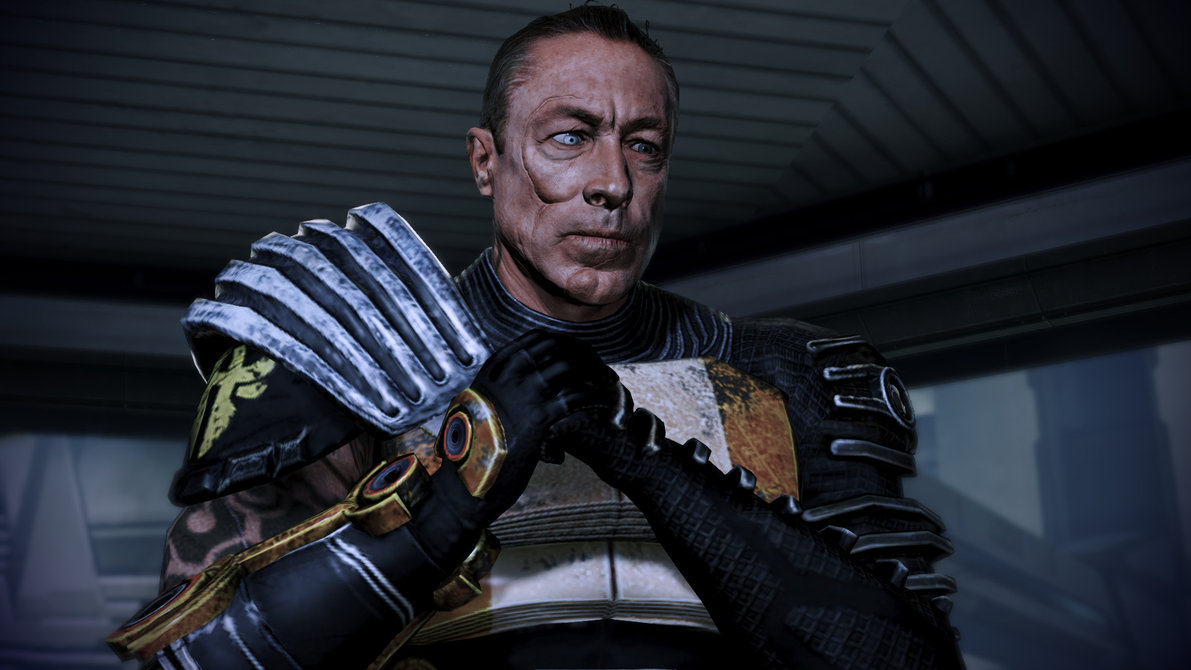 On the opposite side of the spectrum, let’s throw Zaeed Massani from Mass Effect 2 into the spotlight. Here we have a playable character that has limited screen time due to being tied to downloadable content. If you were to read his synopsis, you would probably dismiss him as just another seasoned mercenary when in actuality he’s a very interesting character. You can tell just by his old, battle-hardened gear that he is an experienced soldier-for-hire. This is further iterated by Jesse, a non-functional, worn-out rifle that he still carries around to this day despite having no combat use. Jesse does serve as an excuse for Zaeed to reminisce about how many lives the gun claimed in its glory days though. The strength of Mass Effect 2’s story certainly helps his case, but you can’t help but want to know more about the guy that was shot in the face and lived to tell the tale (dang, he’s like a Sci-fi Harry Potter now that I think about it). Brilliantly voice acted by Robin Sachs (RIP), I challenge you to either play through Mass Effect 2 or look up some of his scenes on YouTube and then tell me you aren’t even the slightest bit intrigued by this guy.

Having played through multiple Kemco RPGs on the Switch over the past few months, I have managed to throw a bunch of salt in my wound that is side quest rewards. At this point, I’ve probably spent a good year or two of my life doing a wide variety of side content in MMORPGs alone. The actual quality of this content can fluctuate drastically from game to game (and sometimes, even within a single game). I do not mind what many would consider “filler content” in my games, even if its design is mediocre at best. What I do expect, however, is a reward worthy of the time invested in the activity itself. 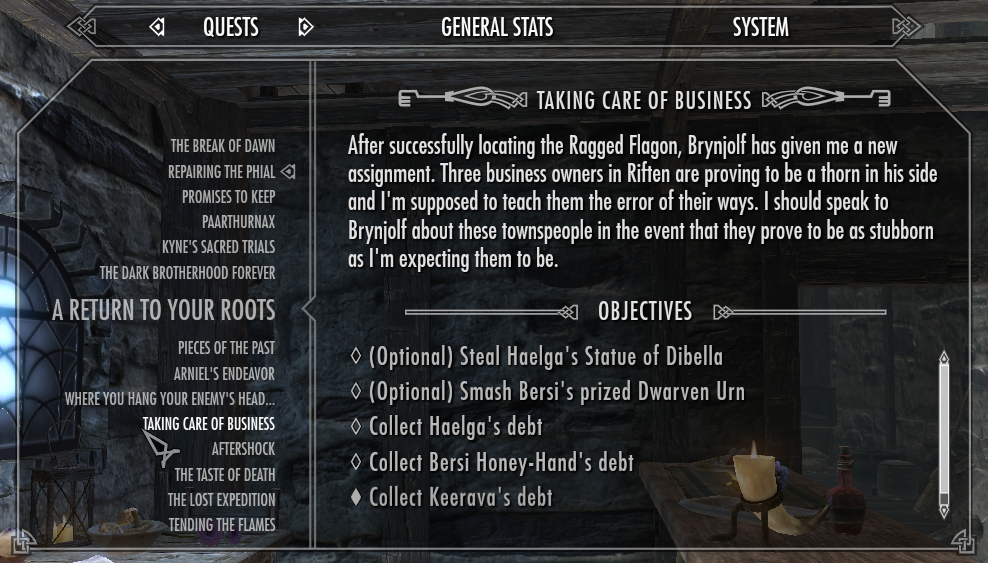 The Kemco RPGs are a great example of what not to do when it comes to rewards in side quests. First of all, none of them lore-wise are very interesting at all. Again, I can overlook things like this if the end result is worth it. Unfortunately, most of the side content suffers from both bad narrative AND uninteresting rewards. Spend 10 minutes on a side mission? Here is a literal piece of crap for your reward! Or, here is an extremely underpowered piece of gear you will never use! What the actual heck, game?! I’m not saying that side content needs to always give the best of the best, but it better give me something of value or I’ll be friggin’ pissed.

So there are three elements I tend to look for in my RPGs. What are some of the things you desire when scouting out your next RPG? What is something that you can look past in favor of other mechanics? Sound off below and let us know!