With the gaming year now in full swing, we see one of the most anticipated Switch RPGs of the year coming this month. That isn’t all – we also have some interesting smaller releases that can keep you busy in the meantime. 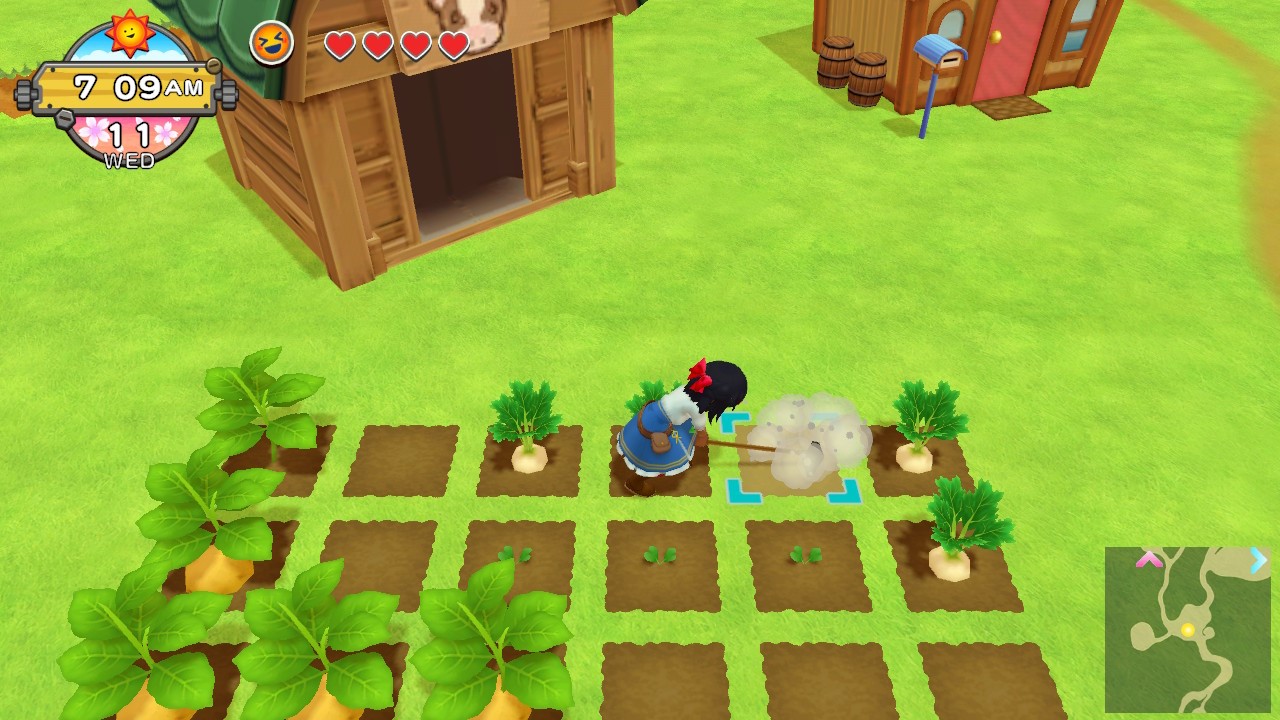 Not to be confused with Story of Seasons, the newest Harvest Moon is created by the current license holders of the franchise. In the same vein of previous Harvest Moon games, this is a farming adventure game where the Harvest Goddess is missing, and it’s your job to find her. Search between several locations, including a beach, volcano, and a desert, to complete your search. When you need some downtime, however, there are several characters for you to romance. 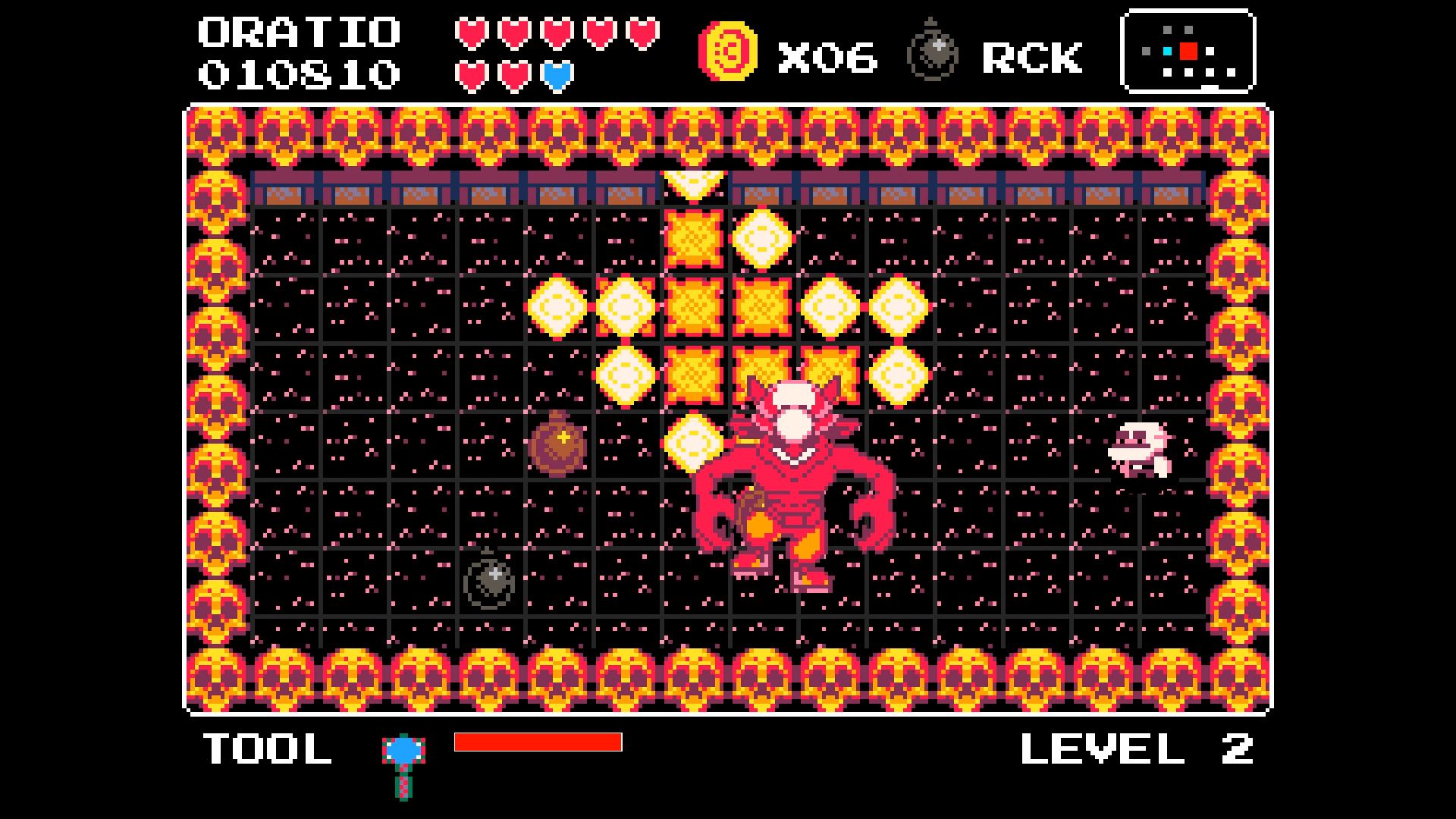 For fans of the roguelike genre, there is yet another game to add to the radar with Cave Bad. Using 8-bit graphics, Cave Bad wears its inspirations on its sleeve with both its styling and gameplay. Explore the dungeons below as you play as Oratio the Dwarf, battling against larger-than-life demons, find treasure, solve puzzles, and work to beat your previous high score. 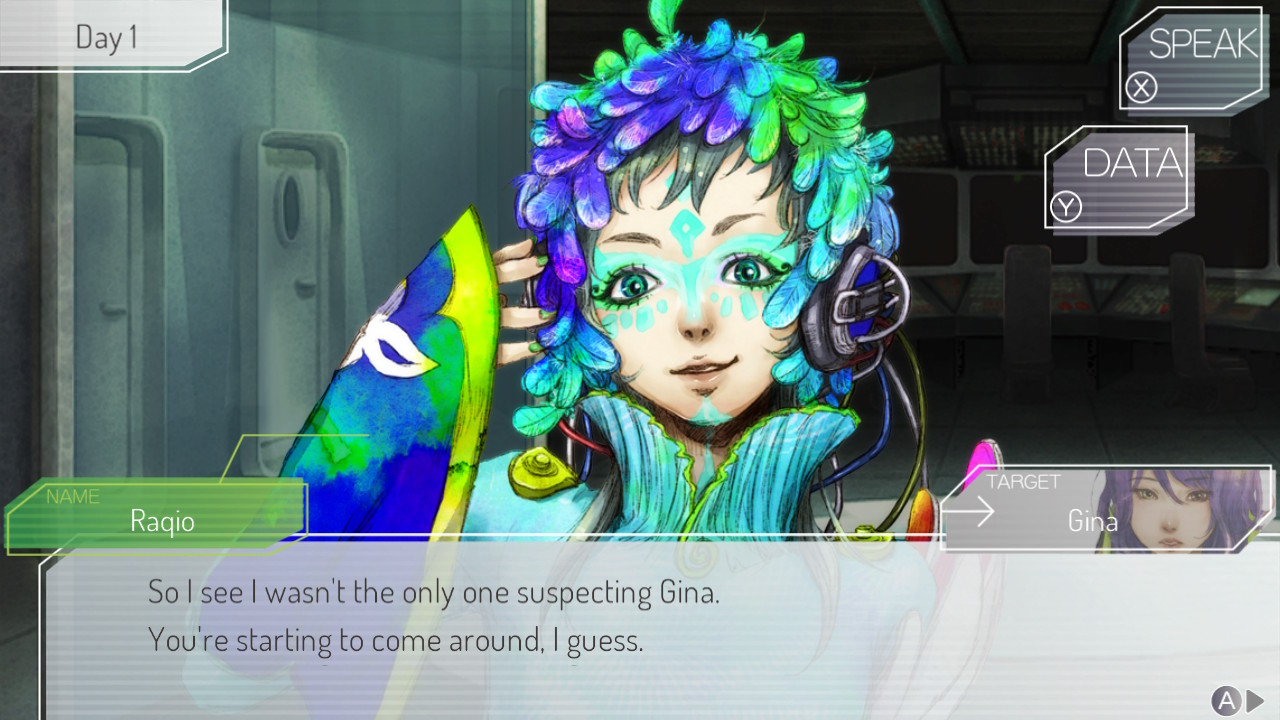 For fans of games like Werewolf (also known as Mafia), or for a recent comparison, Among Us, comes this visual novel adventure. Working alongside other crew members, you must determine who among the crew are the Gnosia and put them into cold sleep. Playing through loops, you will be able to build on what you learn in past loops and build your stats based on the choices you make, which can affect how effective you are at conversing with other crew members. But be careful, because you are not the only one adapting and getting better… 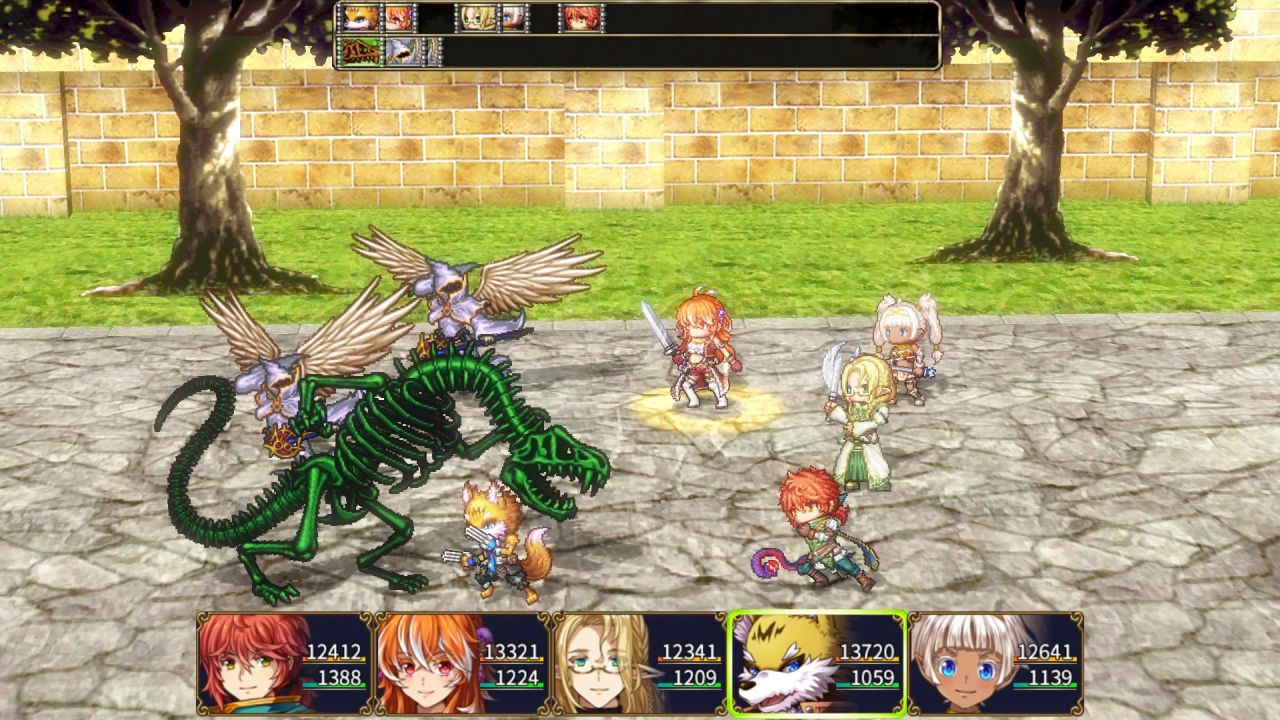 In the newest installment under the KEMCO umbrella comes Ruinverse. Playing as Kit, you and a group of characters will travel the world to save Kit’s childhood friend, Allie. Strangely, Allie’s body is hosting another soul besides her own and whenever she is in contact with Kit, the souls switch places. For KEMCO fans, or those simply looking for a budget-friendly experience, this may be a title to keep an eye on. 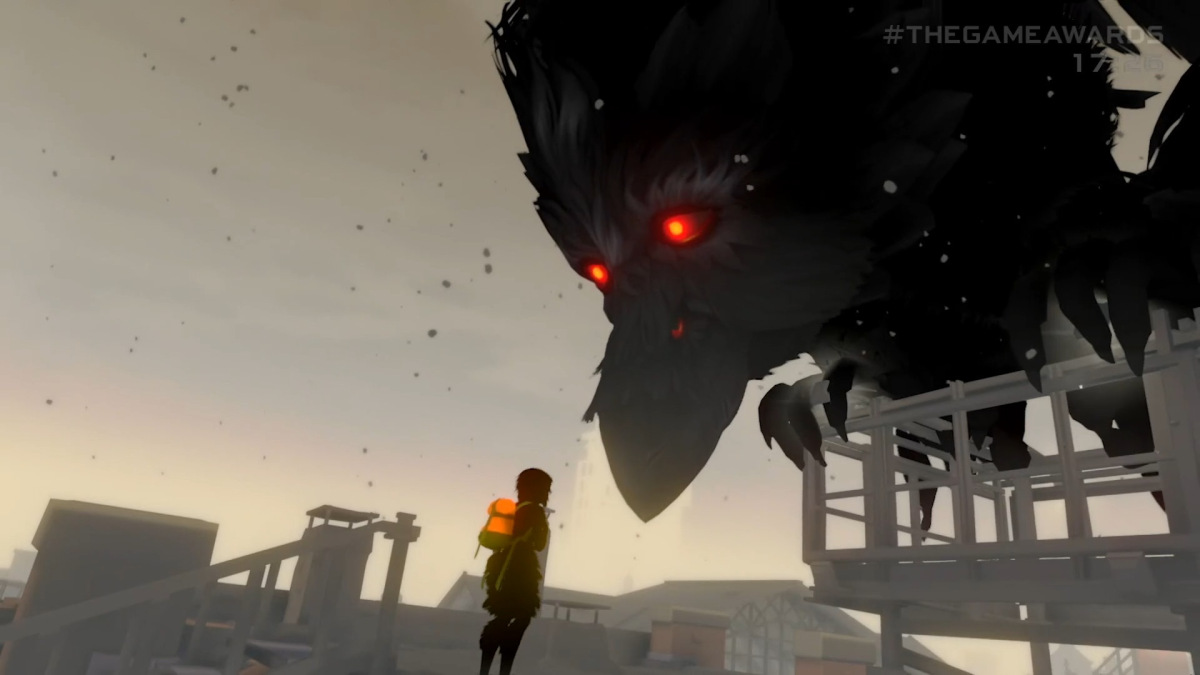 For those looking for a deep and emotional narrative, Sea of Solitude may be for you. Touching on loneliness, depression, abandonment, and many other fears, Sea of Solitude takes the player through an emotional adventure. Playing as Kay, you will go by foot and by boat to complete your journey to conquer you fears. For fans of the game, this version of Sea of Solitude boasts a rewritten script, a new cast of voice actors, and augmented cutscenes/animations. 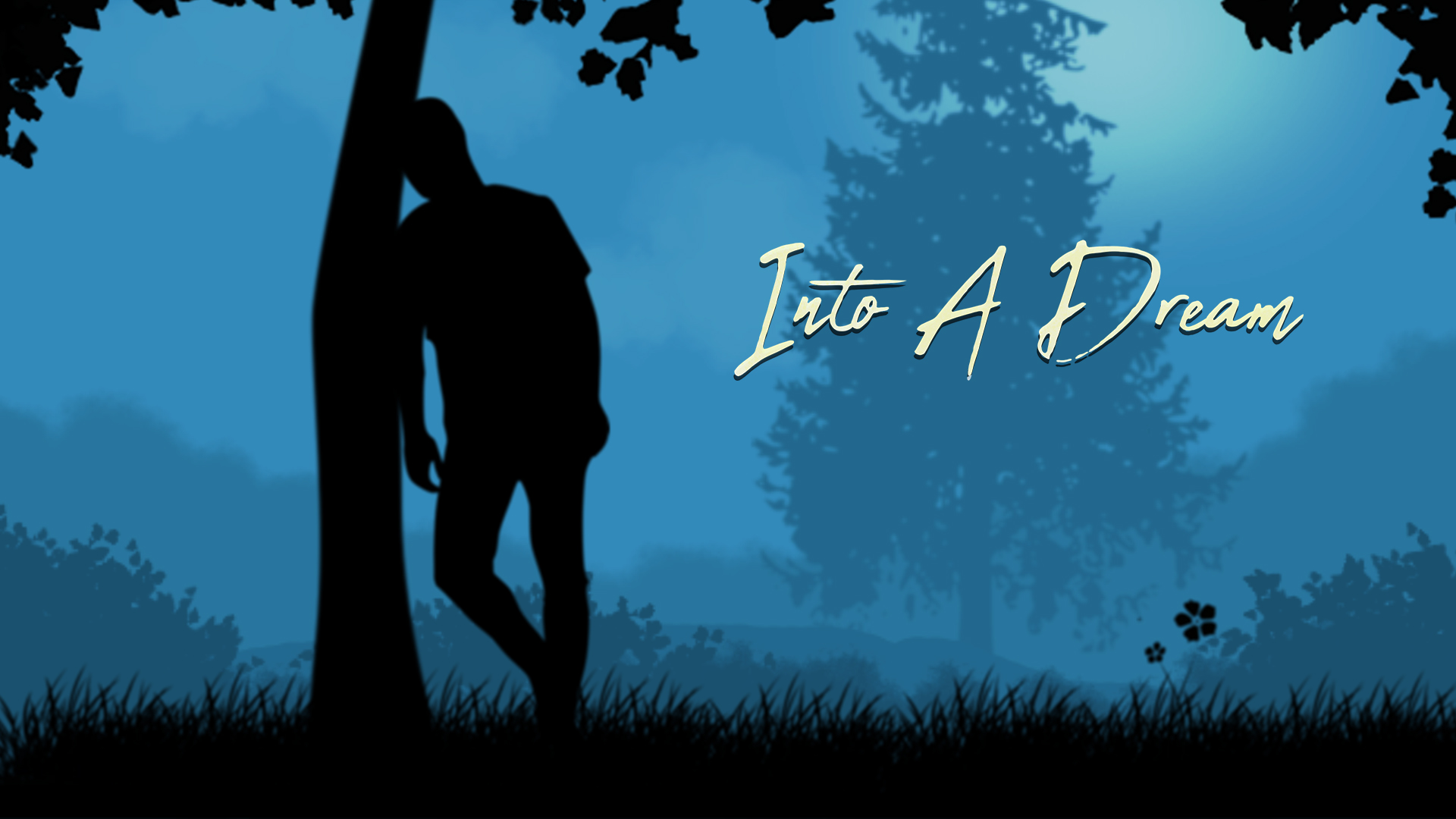 In another narrative-driven game, you will play as a faceless character that has found themselves within the dreams of Luke Williams, who is suffering from severe depression. It’s up to you to delve into his memories and dreams to decipher what is happening and prevent him from fading away. 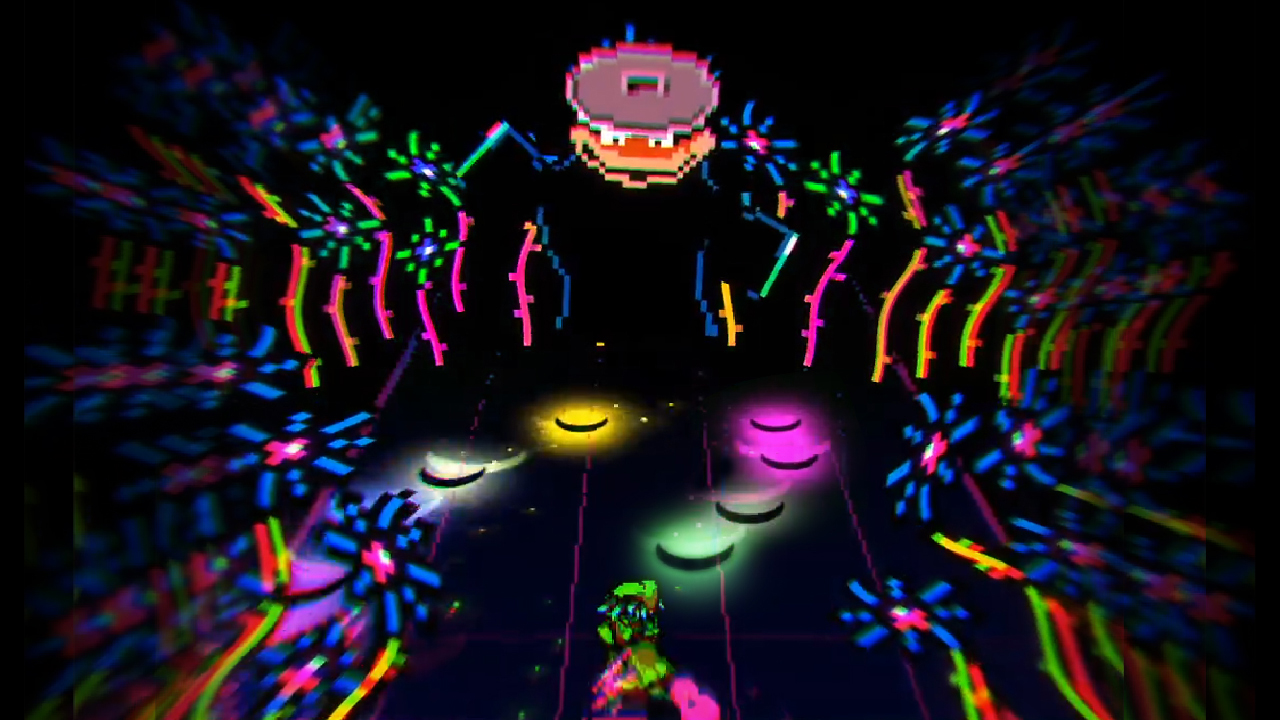 Advertising itself as an unconventional adventure RPG, you will explore strange dungeons and battle through musical battles that would best be described as a bullet hell. Playing as a wooden doll, you are on a quest to get your arm back from a blue gnome. For fans of the strange and unique, Everhood is a title to keep in mind. 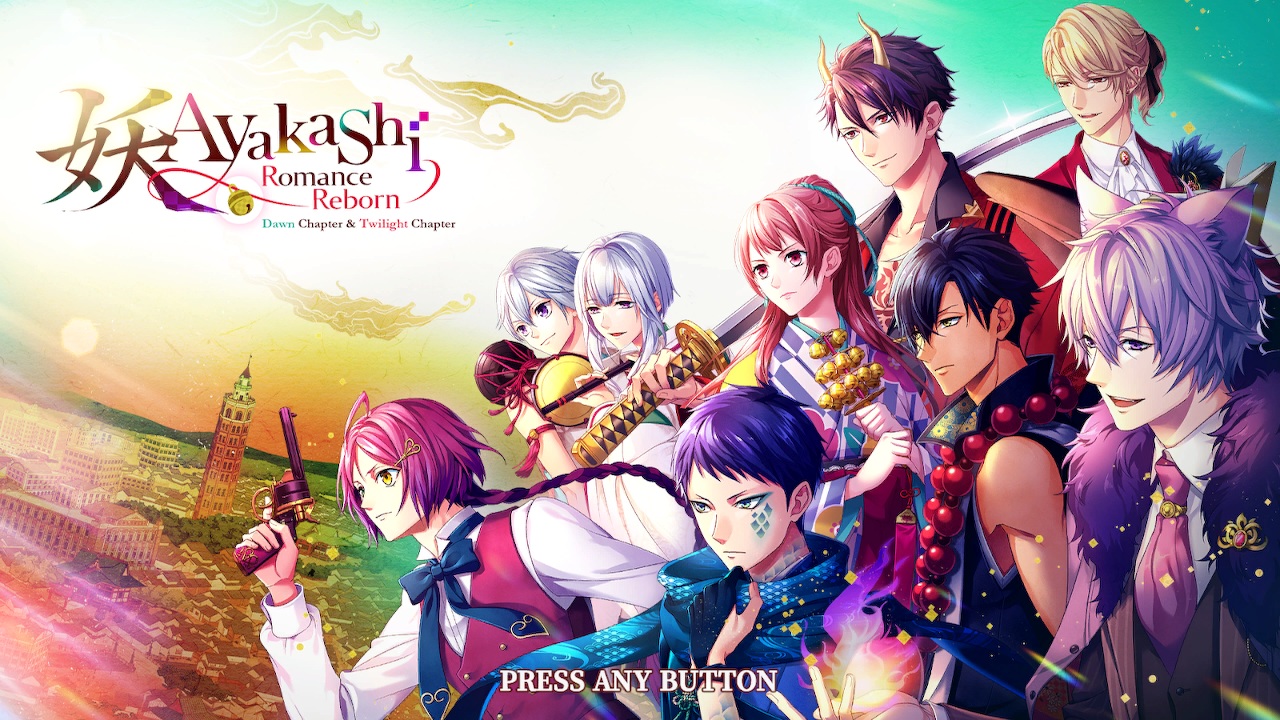 Fans of Voltage’s mobile otome games have something else to add to their library. You play as the heroine who finds an ancient bell wand and discovers that she possesses Onmyoji powers. Soon after, several Ayakashi spirits appear, telling her tales of their past lives. 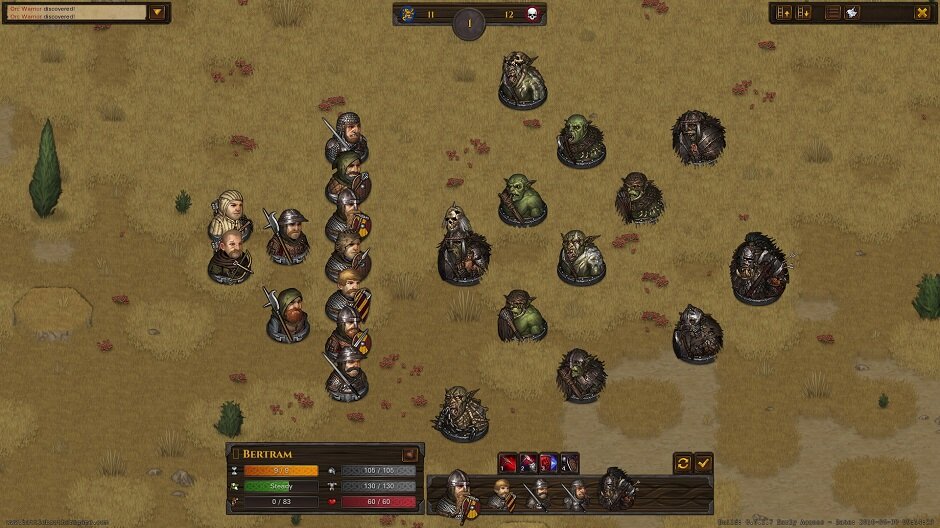 Taking place in the medieval era, you will take control of a mercenary company. You decide where to explore, who to hire, who will fight, and other staples of the tactics genre. With each character having their own backstory, you can find yourself learning more about the characters employed under your company. And for fans of permadeath, Battle Brothers has that functionality built in — be mindful during battles. 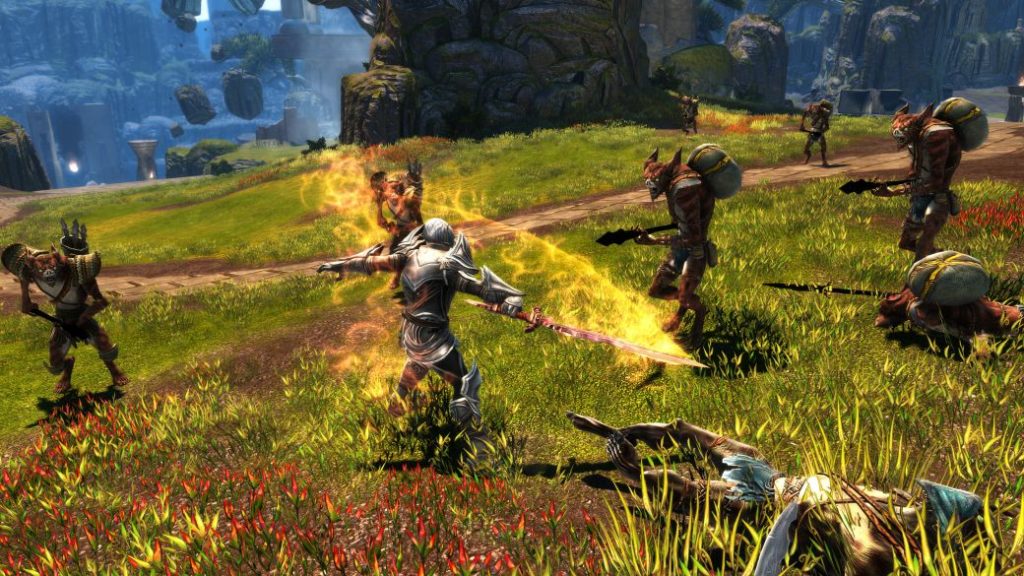 In this action RPG, discover the secrets of Amalur and save a world that has been torn apart by war. With intensive RPG combat, players will not be left wanting with this title. From the minds of R.A. Salvatore, Spawn creator Todd McFarlane, and Elder Scrolls IV: Oblivion lead designer comes the hit RPG. Kingdoms of Amalur comes with remastered visuals and refined gameplay. 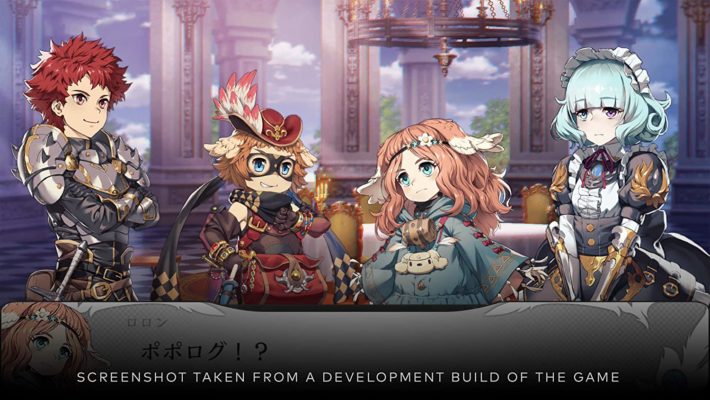 Fans of first-person dungeon crawlers can scratch that itch with this remastered title. 100 years ago, Ol=Ohma, the Overlord of Darkness, plunged the world into chaos after defeating the Knights of the Round. You play as a fallen hero who must lead a group of heroes to defeat the Overlord once and for all. Explore dungeons, face off against the forces of the Overlord, and build bonds with your teammates in both of these titles. 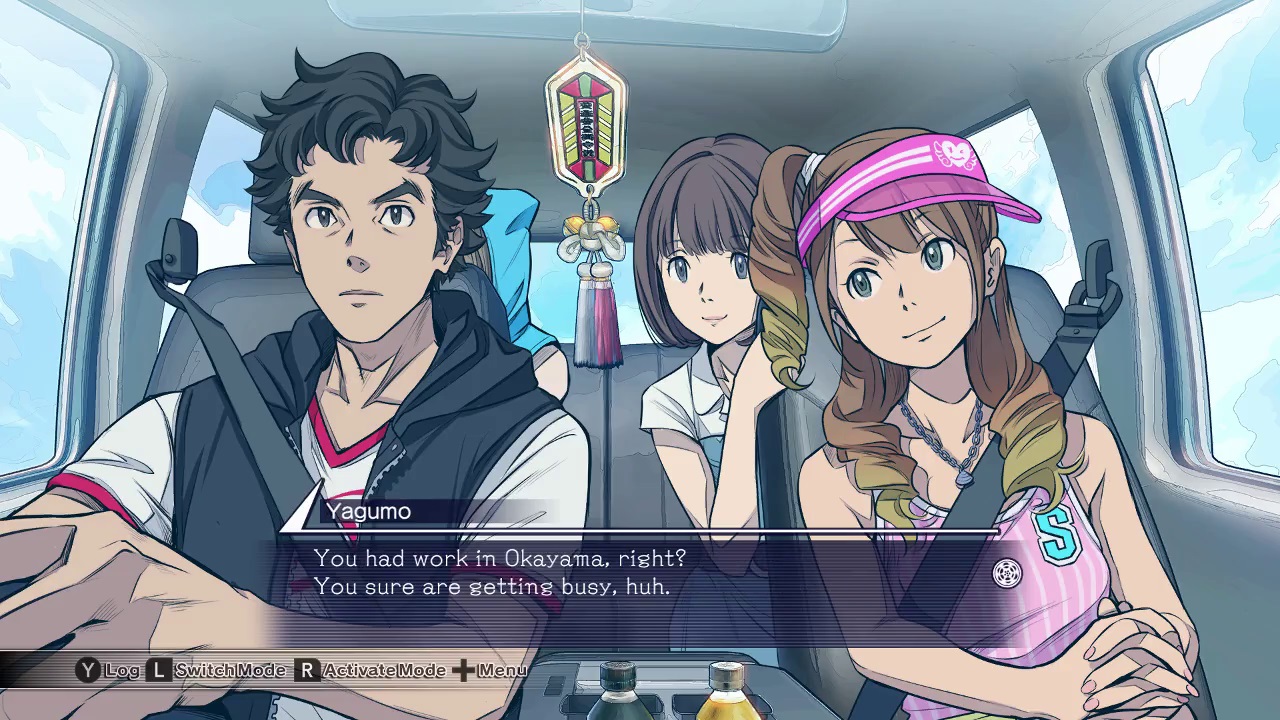 In this adventure mystery visual novel, you play as Rintaro Yagumo who has been selected as the director of a new TV series. However, filming quickly comes to an end when a murder interrupts the location scouting process. With the rest of the cast of characters, you find yourself falling deeper into the mystery. Figure out the truth of the murder through investigative gameplay and watch the story unfold in visual novel fashion. 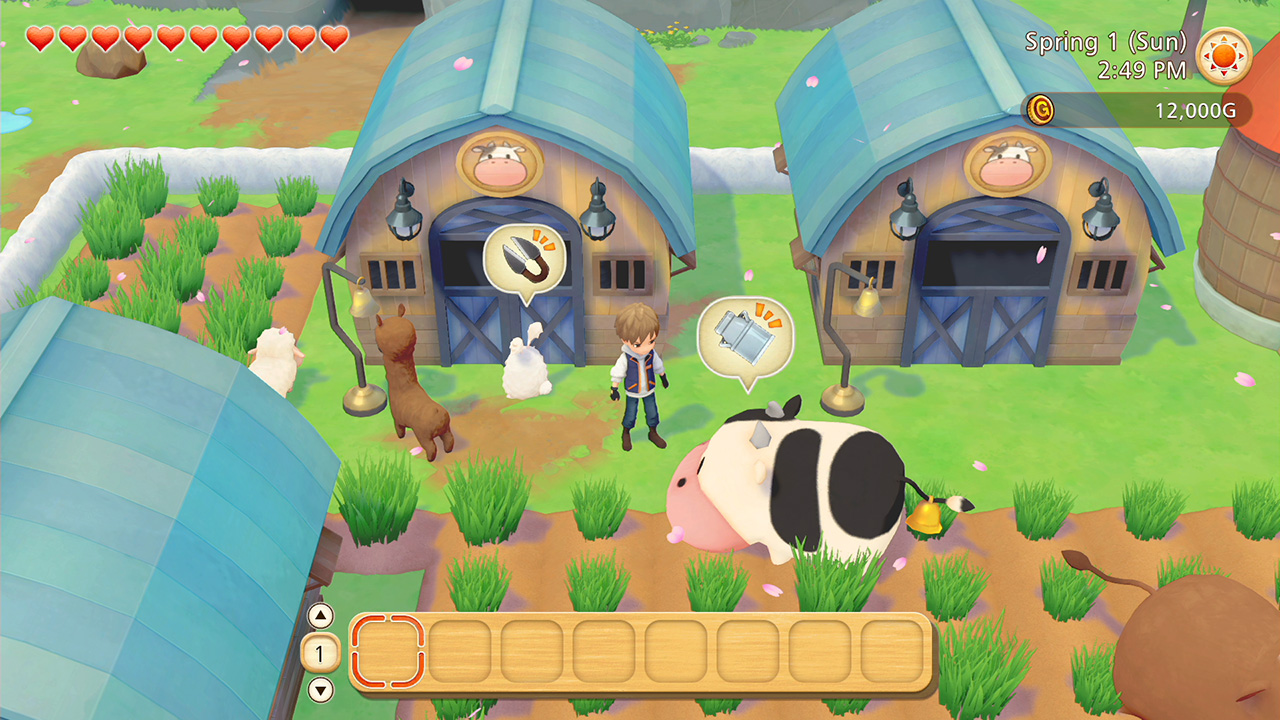 Not to be confused with Harvest Moon of today, the newest Story of Seasons is created by the original creators of the Harvest Moon of old. You adventure to Olive Town, the location created by your grandfather. Now it’s your chance to build the town back up and bring it back to its former glory. Meet the other citizens of Olive Town, cultivate your farm, and find your true love as you play through the days in Story of Seasons. 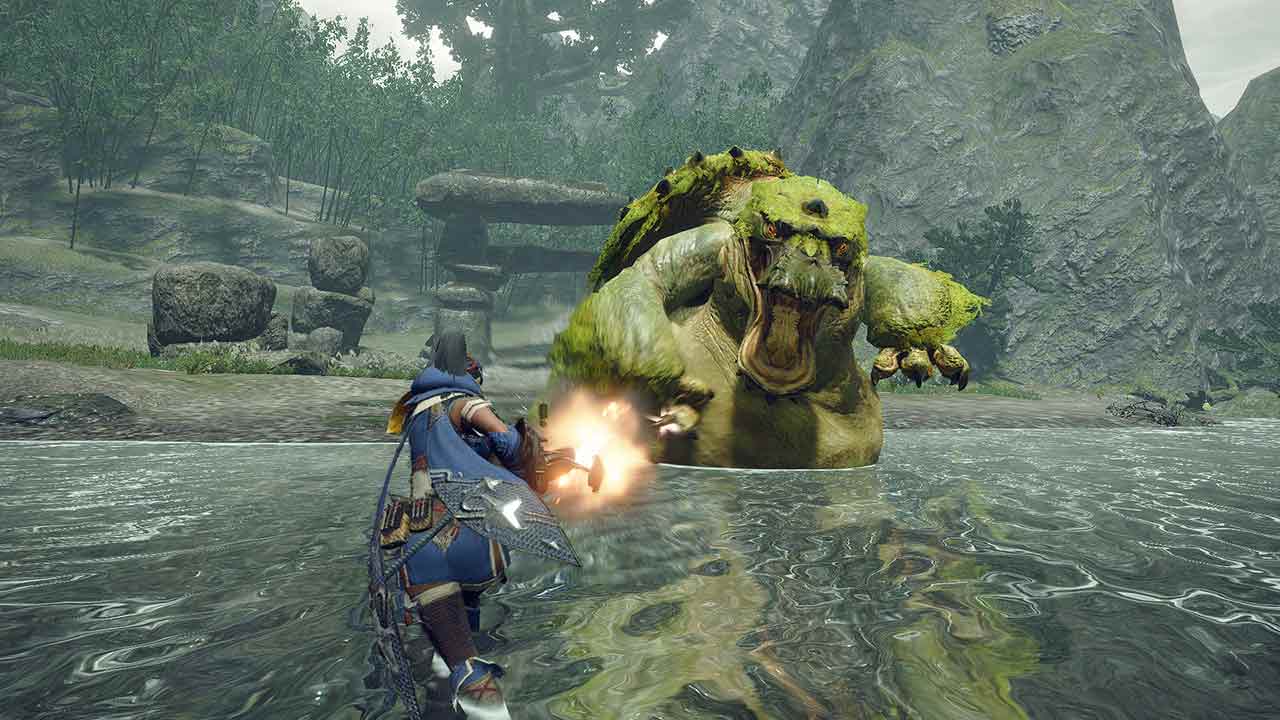 As the big release for March, Monster Hunter Rise finally releases later this month. Set in Kamura Village, it has been half a century since the last calamity has struck. However, a new monster is rearing its head and threatens the peace that has settled across the land. Play solo or with friends to take down monsters. With a variety of weapon types, your canine companion, Palamute, and the newest gameplay function, the Wirebug, explore the land, take down monsters, and rise to the top.

Which games releasing this month are you the most excited about? Was there anything that we missed? Let us know!